Accessibility links
From Bollywood Disco To Yemeni 45s, 5 Must-Hear International Albums Discover five genre-bending albums newly released or reissued this autumn — from a zany Bollywood classic that channels cumbia to a reboot of music from a forgotten era in Asia Minor. And who knew a Yemeni jukebox could be so much fun? 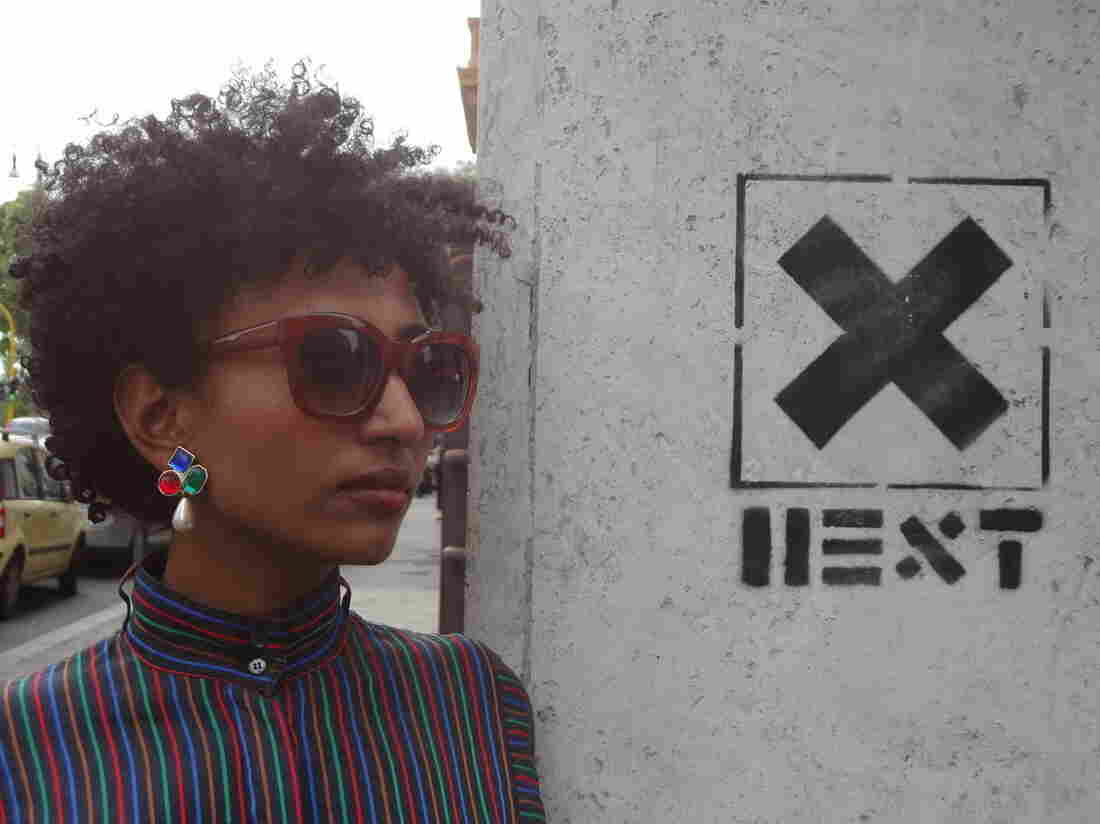 Singer Alsarah, whose life has taken her from Sudan to Yemen to Brooklyn and who is part of The Nile Project. Courtesy of the artist hide caption 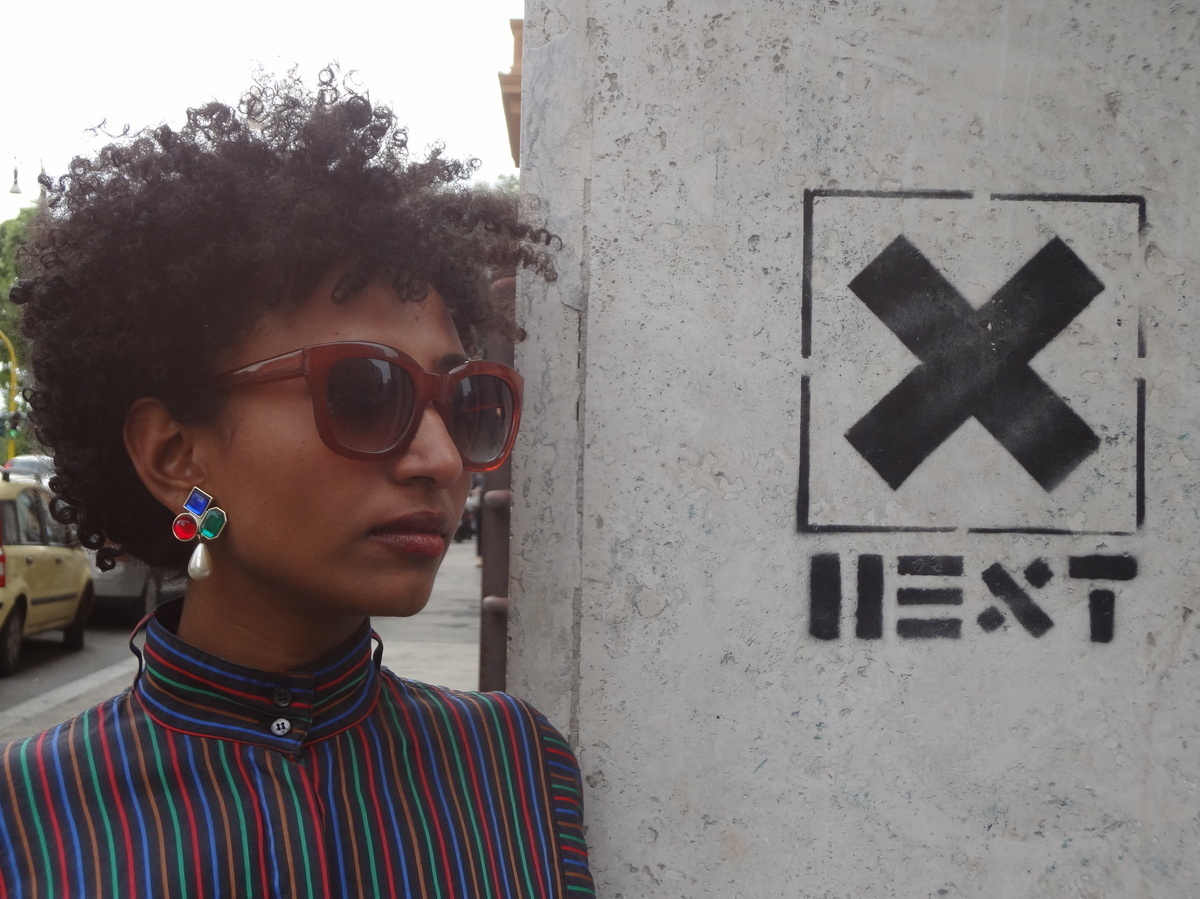 Singer Alsarah, whose life has taken her from Sudan to Yemen to Brooklyn and who is part of The Nile Project.

After what seems like a bit of a dry spell in the world music scene, Fall 2013 is hitting hard. A raft of great albums from emerging artists and some very deep groove reissues are on the way.

There are exciting projects from young musicians whose own cultural backgrounds are hard to sum up and who are impossible to pigeonhole: a singer from Turkey, but with Kurdish roots, who sings mostly in Greek; an Iraqi-American bandleader from Indiana whose mother's family has been in the U.S. for 12 generations; and a brand-new group of 18 musicians who span the 4,000-plus miles of the Nile.

And then there are the reissues. Take a listen to very rare, raw and absolutely hypnotic 45s culled from dusty bins in little-understood Yemen. Or if the dance floor is more your speed, try some vintage Bollywood with a twist of ... is it Switzerland? Or Colombia? How about a bit of both? And why not? As this season's crop indicates, any and all cultural hybrids are possible — and very welcome. 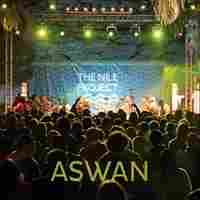 Egyptian musicologist Mina Girgis and Ethiopian-American singer Meklit Hadero were so inspired by Yo-Yo Ma's Silk Road Project that they decided to create their own, localized version of cultural confabulation — to use music and culture to help sustain the ecosystem along the 4300-mile Nile River. They invited 18 musicians from across the Nile basin region — Egypt, Uganda, Ethiopia, Sudan and South Sudan — to meet for the first time, teach each other some songs, and then hit the road as The Nile Project.

This kind of endeavor could veer quickly into quinoa territory — smugly virtuous and earnest — but instead the results are joyous and even raucous. For instance, just listen to the song "Salaam Nubia," led by the young singer-songwriter Alsarah, who moved from her hometown of Khartoum, Sudan to Brooklyn (by way of Yemen and Wesleyan University). Recorded, like the rest of this album, at the group's very first live performance (in the Egyptian city of Aswan), you can hear just how much fun the crowd is having — and how tight the band is, even as their instrumental multitudes adeptly combine everything from indigenous instruments like the Ugandan adungu lyre to saxophone and bass guitar. 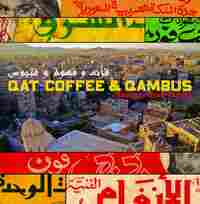 One of the most groove-filled international albums of this season is a compilation from one of the most unlikely places on earth. Qat, Coffee & Qambus: Raw 45s from Yemen is the brainchild of Chris Menist, an NGO consultant by day and crate digger extraordinaire in his off time who travels the world in search of vinyl epiphanies. And he managed to uncover a mother lode (along with a random James Brown LP) in the antique shops of Sana'a, the nation's capital.

Most of the singers spool out lines of lyrical poetry; just as in desert Arabia a millennium ago, the words take priority over the music, much of which is vamping. You can see pretty easily how these songs would accompany Yemen's national pastime, the chewing of the drug qat — the effect is mesmerizing. But one of the most hypnotic tracks is the opener, "Ya Mun Dakhal Bahr Al-Hawa" (Hey, Who Enters the Sea of Passion?)." Singer Fatimah Al-Zaelaeyah is accompanied by drumming on a copper tray. The combination of Al-Zaelaeyah's soaring voice flitting wildly between ornamental notes and the metallic, nearly polyrhythmic clang of the tray is hypnotic.

Though all of the tracks Menist selected were recorded in the mid-1960s to early '70s, these songs sound like they could easily have recorded in the pre-industrial age. There are no electric guitars or other Western instruments within earshot. But there are still some cross-cultural surprises. Some Yemeni music bears a strong resemblance to the music of Ethiopia and Eritrea — after all, the western tip of Yemen is only about 20 miles from the East African coastline. And weirdly, most of the records Menist uncovered were manufactured in Greece or Pakistan. 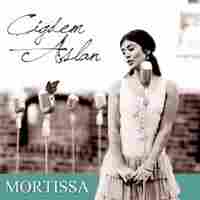 Speaking of crosscurrents involving Greece: a Turkish singer from a Kurdish family named Cigdem Aslan has made a specialty of singing Greek rembetiko, the street music from the 1920s and '30s. The style evolved in the Greek communities in now-Turkish cities like Izmir (Smyrna) and Istanbul (Constantinople, or more frequently in the Greek of the time, simply "I Poli" [The City]) and, later, also in Athens and Piraeus, after a disastrous "population exchange" in 1923 between the two countries, in which both expelled their respective ethnic and religious minorities.

The lyrics of rembetiko are largely concerned with what you'd expect from urban music — love, loss and poverty, plus the pleasures of doing drugs and dodging the cops. (Rembetiko often gets equated to American blues, not without reason.) And considering what was once the free flow of music, culture and food between various communities in this region, it's not so surprising that many of the same melodies come up again and again on record with both Greek and Turkish lyrics. One such example is Aslan's version of "Kanarini" (Canary), sung here in both languages by Aslan and bandmate Paul Melas. Aslan possesses the smokiness that marks a true rembetiko singer: You can get lost in the sound of her voice. But her rendition takes a more relaxed pace than the bright tone and impossible vocal ornamentation (not to mention the artificially added bird twitters) of the most famous recorded version of this song, made by the queen of rembetiko, Greek-Jewish artist Roza Eskenazi, in 1934. 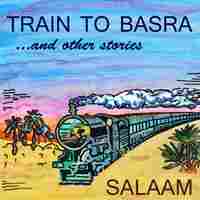 Iraqi tradition meets American innovation: That's the story behind Salaam, a band founded by the multi-talented Dena El Saffar, the daughter of a 12th-generation American mother and an Iraqi immigrant father and who plays violin, viola, oud, joza (a four-stringed spike fiddle) and sings. Not incidentally, Salaam is a family affair: El Saffar is the sister of trumpeter, santour player and jazz composer Amir ElSaffar, and Salaam includes Dena El Saffar's husband, percussionist Tim Moore, and features both her brother and her sister-in-law, saxophonist and ney (flute) player Lety ElNaggar, on several tracks. (The Mexican-Egyptian ElNaggar, by the way, plays in the band M.A.K.U. SoundSystem, a group beloved by our colleagues over at Alt.Latino and featured at last year's edition of GlobalFEST in New York.)

Given the extended clan's propensity for musical experimentation, it's not surprising that the textures are surprising and yet light and lovely, such as on the album's title track, in which El Saffar evokes the long-faded memories of her father's childhood rail rides from Baghdad to Basra — in a tune underpinned by a double bass. 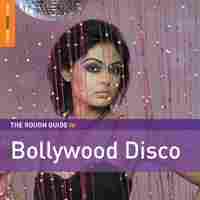 The Rough Guide to Bollywood Disco

The 1970s were a golden age in music from Bollywood, India's epicenter of film. Just like today, composers were churning out fabulous singles — not to be rolled out on radio, but on screens around the country. And often, they took inspiration from that most 1970s of cultural meccas: the disco floor. But they didn't stop there. By the time the second verse rolls around in the infectiously giddy "Zindagi Ek Safar Hai Suhana" (Life Is a Wonderful Journey), featuring legendary Bollywood vocalist Kishore Kumar, you've moved past the yodeling (really) and the synth overload to think, "Wait, was that a cumbia accordion riff I just heard?" Well, why wouldn't it be? The composing duo known as Shankar-Jaikishan, who were responsible for writing the music for the 1971 film Andaz, including this track, were one of the composing teams that ruled Bollywood during the 1950s and '60s — and they really knew how to make madly, gloriously overstuffed music like this track. Sadly, the music for Andaz was the duo's last collaboration; Jaikishan died at age 42 the same year, from cirrhosis of the liver.