Accessibility links
When Islands Pop Out Of The Sea When a powerful earthquake struck Pakistan last week, it triggered a mud volcano that created a new island just off the country's southern coast. It turns out this kind of thing happens every so often. Just ask Charles Darwin.

When Islands Pop Out Of The Sea

When Islands Pop Out Of The Sea 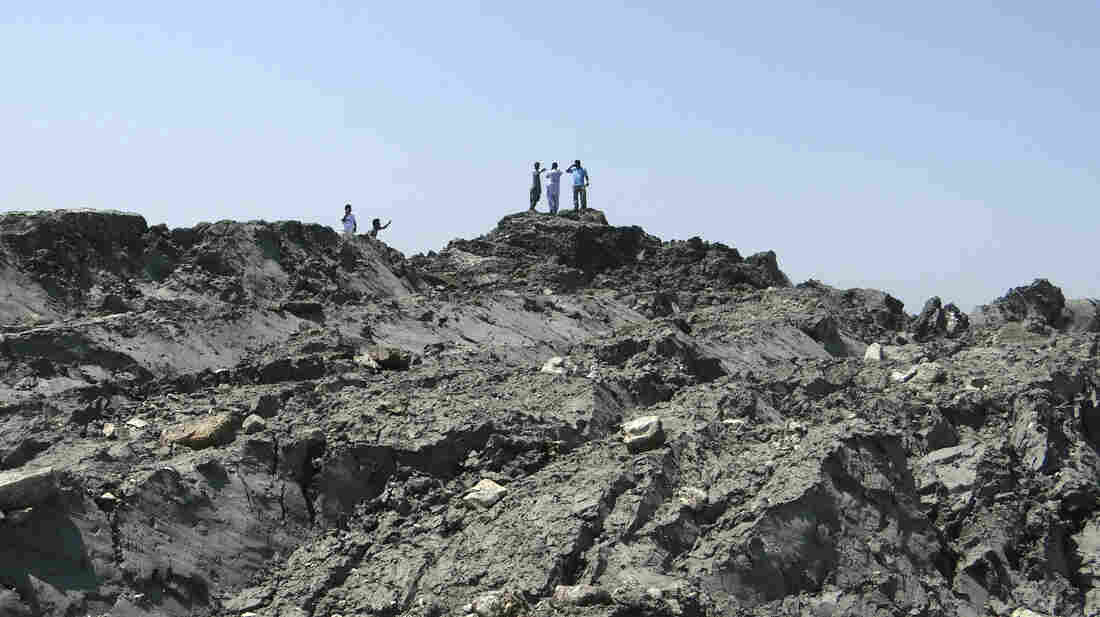 Pakistanis walk on an island that emerged off the coastline of the Arabian Sea following a deadly magnitude 7.7 earthquake in Pakistan's southern province of Baluchistan on Sept. 24. Gwadar local government office/AP hide caption 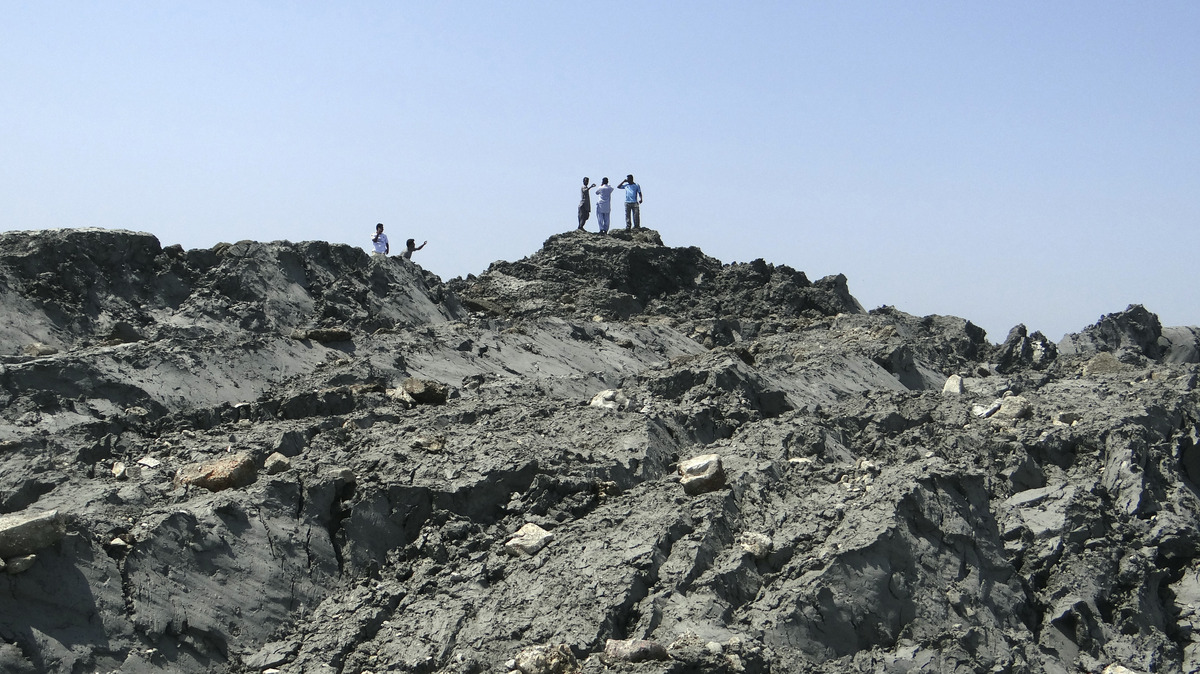 Pakistanis walk on an island that emerged off the coastline of the Arabian Sea following a deadly magnitude 7.7 earthquake in Pakistan's southern province of Baluchistan on Sept. 24.

When a mud volcano erupted last week and created a muddy mound of an island just off the southern coast of Pakistan, it seemed to us like a rather rare development.

But it turns out islands crop up fairly often. Charles Darwin commented on one. And it's been happening in shallow marshy patches off the coasts of Sweden and Finland for millennia.

Back in 1835, Darwin found a bit of seafloor that had been wrenched up to the surface in Chile. He recounts the story in A Naturalist's Voyage, published in 1889.

Arriving on the island of Quiriquina after an earthquake, he wrote that some areas looked "as if they had been blasted by gunpowder" and even that "some cows which were standing on the steep side of the island were rolled into the sea."

Darwin also describes fresh chunks of island, hugging what had formerly been the shore. In a journal entry from March 4, he wrote: "During my walk around the island, I observed that numerous fragments of rock, which, from the marine productions adhering to them, must recently have been lying in deep water, had been cast up high on the beach."

The scene prompted a moment of realization.

"A bad earthquake at once destroys our oldest associations," he wrote. "The earth, the very emblem of solidity, has moved beneath our feet like a thin crust over a fluid; one second of time has created in the mind a strange idea of insecurity, which hours of reflection would not have produced."

In Finland and Sweden, islands have been slowly but steadily popping out of the sea for thousands of years.

It's a phenomenon called land uplift. About 10,000 years ago, a very heavy, mile-thick glacier melted away as the last Ice Age receded. Coastal land bordering Sweden and Finland has been rebounding ever since, about as quickly as fingernails grow.

These new islands are stable, and have nothing to do with earthquakes. Yet because of them, Finland is growing in size by about the area of 200 football fields a year, most of it marshy lowland.

Their continually growing presence got people wondering who owns them. The Finnish Land Survey has an office dedicated to surveying new lands that property owners want to claim. And for hundreds of years, there's been a village-based system for designating who owns the ever-expanding coastline, prime ground for building docks and saunas.

Will Pakistan's Island Stick Around?

Pakistan's new island near the coastal town of Gwadar is mostly a mound of mud that used to be part of the seafloor, a rocky pile somewhere between the size of a tennis court and a football field.

A New Island Off Pakistan

Islands formed by mud volcanoes tend to be unstable, often washing away within months after forming. This one has reportedly been releasing methane gas, which people have been able to light on fire with a match.

The newest one is being called Zalzala Koh, or "Quake Hill," by residents of Gwadar, some of whom ventured out to walk around the island. Quake Hill joins a host of other instant islands, like the one that came up after a 1968 earthquake, according to residents of Gwadar.

In 1945, four islands popped up after the seafloor spewed enough mud to fill more than 40 Olympic swimming pools.

According to one account published in 1947, the islands were accompanied by quite a bit of geologic fanfare: a plume of gas erupted on land near the mouth of the Hingol River and ignited "with such great force that the flames leaped thousands of feet high into the sky." Despite the entrance, the islands reportedly looked like "isolated blisters."

Strong monsoon currents washed those islands away in a matter of months.