Accessibility links
Interview: David Finkel, Author Of 'Thank You For Your Service' Journalist David Finkel embedded with the 2-16 Infantry Battalion during the troop surge in Iraq, then recorded their stories in his first book, The Good Soldiers. Now, his new book chronicles the struggles of those who made it home, from their recurring nightmares and suicidal thoughts to the challenges of getting help. 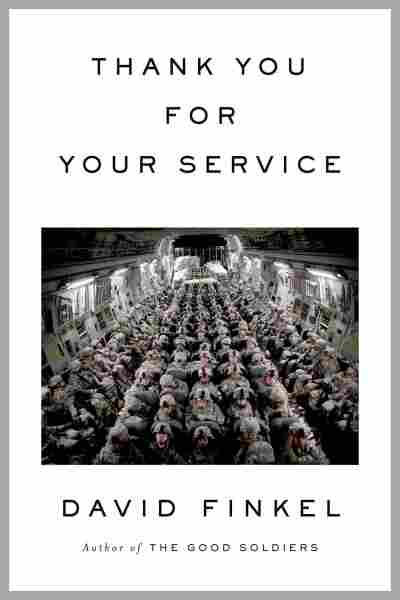 Thank You for Your Service

Title
Thank You for Your Service
Author
David Finkel

In the pages of David Finkel's new book, you'll meet a veteran who has recurring nightmares in which a fellow soldier asks, "Why didn't you save me?" You'll also meet a veteran who sees images of dead Iraqis floating in his bathtub, and another who tries to kill himself by biting through his right wrist — the only wrist he can raise to his mouth since his left side is paralyzed.

These are the men of the 2-16 Infantry Battalion with whom Finkel, a Pulitzer Prize-winning journalist, embedded during the troop surge in Iraq. He recorded their stories in his first book, The Good Soldiers.

His new book, Thank You for Your Service, checks back in with the soldiers who made it home. Finkel tells NPR's Melissa Block about the psychological wounds they brought back with them.

These guys went [to Iraq] from Fort Riley as part of this new thing called the "surge." Schumann, at that point, was on his third tour. By the time he cracked open, midway through the tour, he had spent about a thousand days in combat. He was regarded throughout his battalion as one of the very best soldiers, and the day came where he just couldn't do it anymore. And he was filled with such a sense of guilt and shame over having to leave the war before the war was done. ...

He's the main guy in this book, [which] begins two years later. He's home, he's in Kansas with his wife and a new baby. ... It's the middle of the night, she's exhausted, the baby's a few days old — she asks him if he can hold the baby, and he says, "Of course." And he takes the baby, she falls asleep and he falls asleep too and the baby rolls out of his arms and over the edge of the bed. ...

A couple minutes later, Adam Schumann is in his truck driving around the Kansas countryside, a shotgun pointed at himself, thinking maybe this is the time to die. 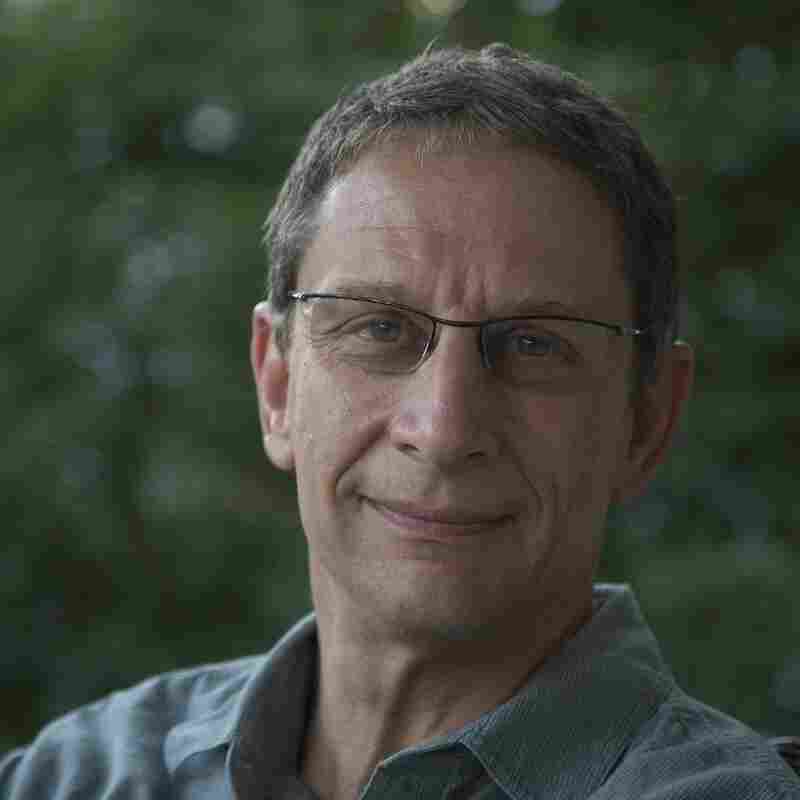 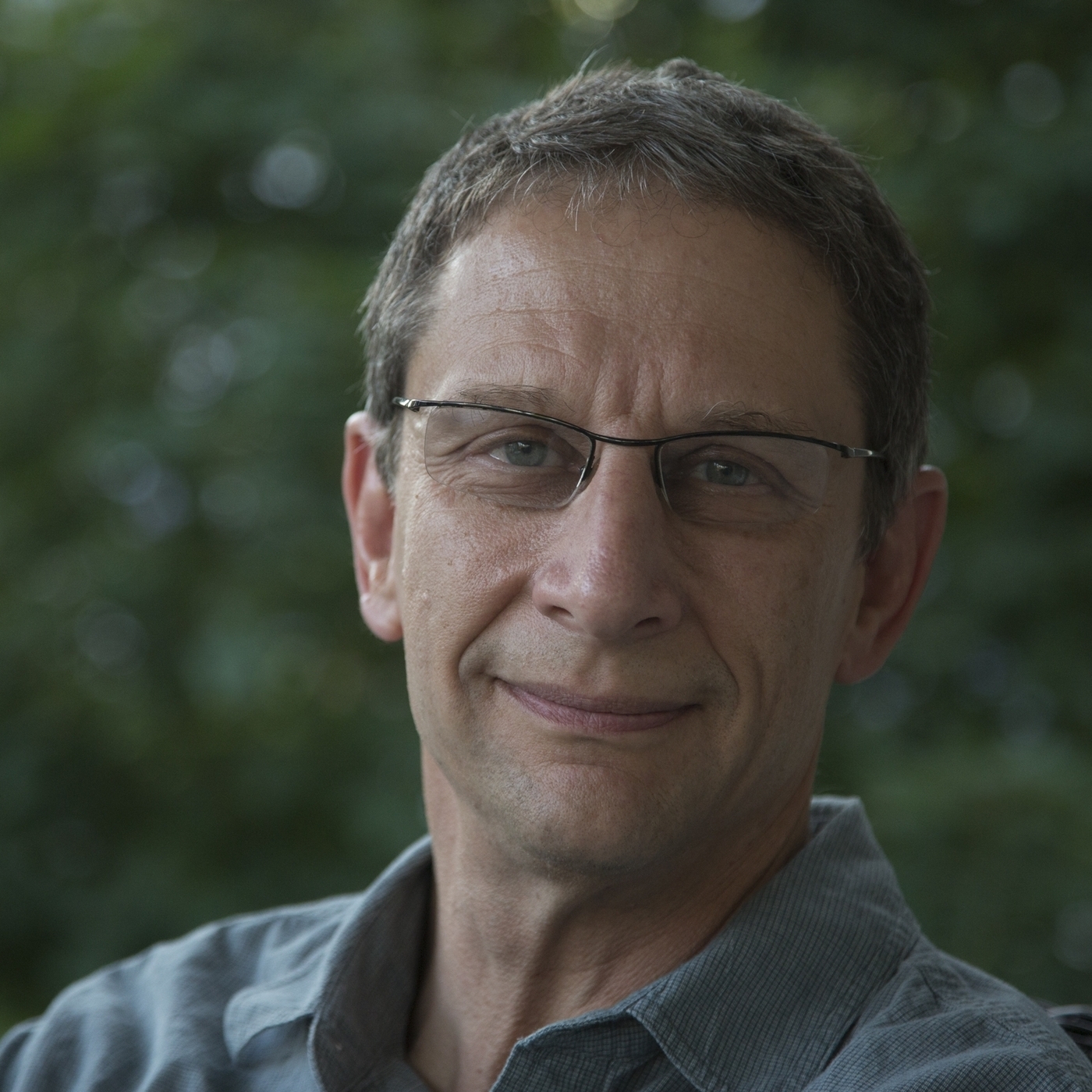 David Finkel lives in Silver Spring, Md., with his wife and two daughters.

On the traumatic experience that still haunts Schumann

This was fairly early in the deployment, when a guy named Michael Emory was on the rooftop during an operation, and he was shot in the head by a sniper. He had to be evacuated — for some reason, he wasn't dead — and Schumann basically put Emory on his back in a fireman's carry to get him down three flights of stairs to a Humvee for evacuation.

And two things happened. One, much of the blood coming out of Michael Emory's head kept going into Adam Schumann's mouth. And on the day he left the war and all the days since, it's not that he can still taste it, it's that he hasn't been able to stop tasting it.

Thank You for Your Service

Arthur Bishop narrates Thank You for Your Service. Courtesy of Macmillan Audio.

And the other thing that happened is he was exhausted at the end of these three flights of stairs, and when they finally got Emory — a big guy — on this litter to get him to the Humvee, there's this moment where Adam loses his balance and almost drops Emory on his head.

And years later, there's a part in the book when Emory — who's alive, who shouldn't be but is alive — comes to visit Adam in Kansas. [Emory] just starts making fun of him for almost dropping him and killing him. And it's heartbreaking and it's tender and it's lovely — it just encapsulates so much of the intimate lives that are being played out in all these people trying to recover.

On the availability of treatment programs for veterans

Random is a very good word here. There are three people I write about in this book who go into treatment programs. Tausolo Aieti spent seven weeks in an inpatient PTSD program at a [Veterans Affairs] hospital, so he got the seven-week program.

'Operation Homecoming': The Writings of War

Another guy I write about, Nic DeNinno, he wanted to get into the VA one, but it was full, so his caseworker looked around and found one in another state that lasted four weeks. Was it as good? Well, it did OK for him, but four weeks is not seven weeks.

And go back to Adam Schumann: Schumann finally reached the point where he knew he needed help. He had to do something. And a caseworker looked at the VA program — full; looked at the four-week program — full; kept looking around and found a program for him in California that there's no insurance mandate, it's not a government program, it's completely donor-supported, small. And that one, it's a minimum four months. So Schumann goes to the four-month program. It was a great program for him. I think it saved his life. And again, he got that one just because the others were full.

On why these soldiers allowed him into their lives

Who knows? I think it's the old thing: They hope that by letting people see their story, people will have some understanding of what's kind of going on rather than glossing over it. I think they were grateful to have someone try to pay attention to them.

On whether he will remain in contact with them

It's up to them. I don't want to impose on them. They've given me a lot of their time. ... I've been thinking about these folks pretty much every day since the beginning of 2007. You know, they're people who matter and I'd very much like to stay in touch.

Read an excerpt of Thank You for Your Service