Accessibility links
Chris Matthews Looks Back On A Time 'When Politics Worked' In his new book Tip and the Gipper, MSNBC's Hardball host Chris Matthews reflects on his time as a top aide to Democratic House Speaker Tip O'Neill during Ronald Reagan's presidency. He compares O'Neill and Reagan's unlikely friendship to today's approach of "government by tantrum." 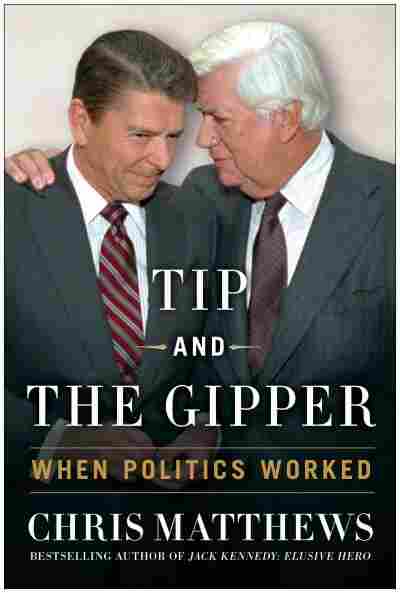 Tip And The Gipper

Before Chris Matthews grilled politicians and their surrogates on his MSNBC show Hardball, he was a top aide to House Speaker Tip O'Neill, advising him on how to deal with the press. Now Matthews has written a new book drawing on those experiences, called Tip and the Gipper: When Politics Worked.

It's a look at how Speaker O'Neill and President Reagan managed to work together and reach compromise in spite of the fact that they disagreed not only on policy, but also on the role of government.

Matthews compares that to the current era — a moment defined by "government by tantrum," where "rather than true debate we get the daily threat of filibuster" and "shutdowns are engineered as standard procedure."

With the federal government shutdown serving as the backdrop, Matthews joins Fresh Air's Terry Gross to talk about his new book and his own "hardball" interviewing style.

On O'Neill's and Reagan's physical appearances

[O'Neill] had great hair and he was a big guy. He was 6 feet 3 inches, strong guy, strong arms. ... He was overweight. ... He used to talk about his cabbage ears and big nose, he was always very sensitive about his appearance. I always thought he looked great, and I thought the older he got, the more he looked great.

... Reagan had the charm and the good looks of Hollywood — and Tip would always talk about his physique — he was an athlete who had made his name in the movies by playing a football star, and he did worry about the camera. He would also say things to me like, "Reagan's voice, that cowboy voice of his is just unbeatable." He thought Reagan's looks weren't quite as important as that wonderful voice of his. In the old days of the drive-in movie theater, like Dean Martin, he had one of those voices that just crackled through the speaker into your car. Reagan had that wonderful voice he had used in broadcasting sports in his early career and later in cowboy movies. Tip thought that was [a] challenge for him, to go against him on television, but he decided he had to do it. 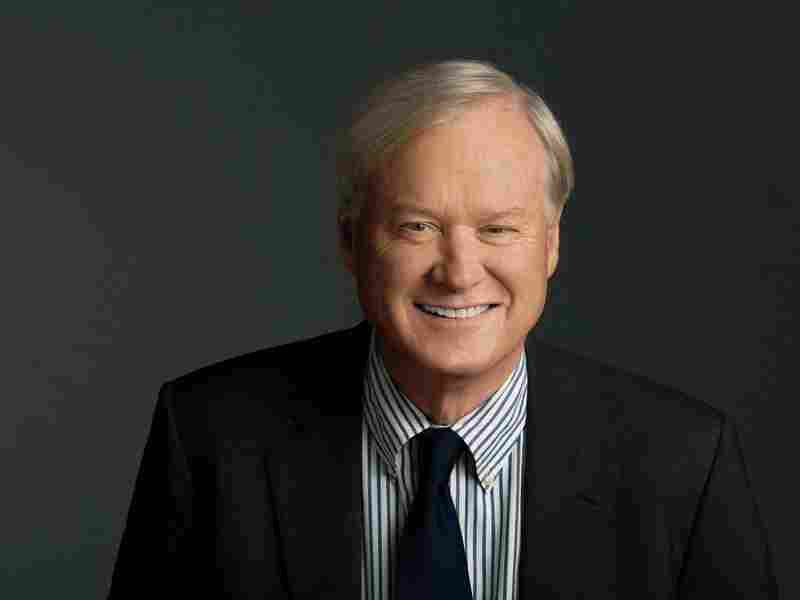 Chris Matthews first worked with Tip O'Neill in 1981 as communications director for the Democratic Congressional Campaign Committee. He later became O'Neill's administrative assistant. He is the host of the MSNBC show Hardball with Chris Matthews. MSNBC/Courtesy of Simon & Schuster hide caption 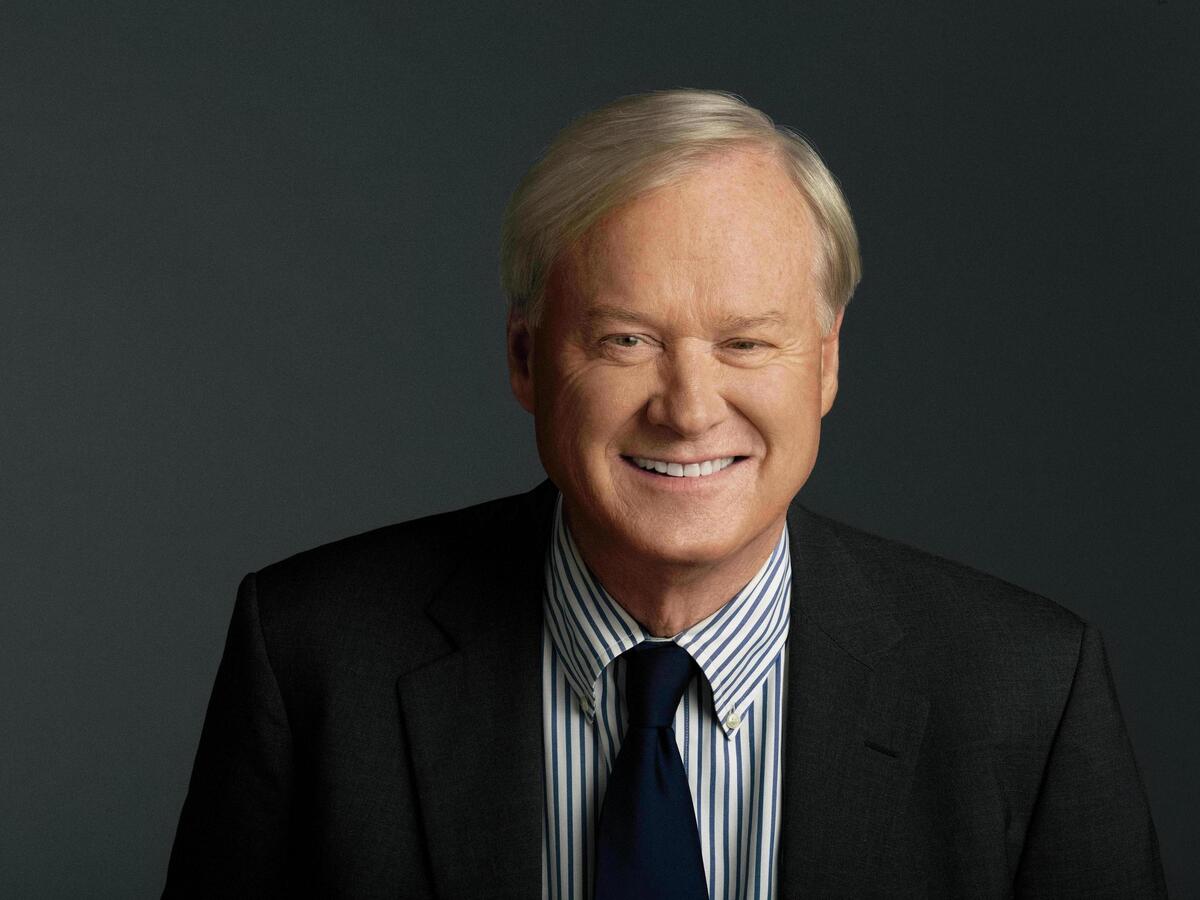 Chris Matthews first worked with Tip O'Neill in 1981 as communications director for the Democratic Congressional Campaign Committee. He later became O'Neill's administrative assistant. He is the host of the MSNBC show Hardball with Chris Matthews.

[They were at a summit] about a deficit problem, which was arising the year after Reagan took office and got his big tax cuts through, and his defense increase ... and the deficits were far beyond what they expected or what they could defend, and they needed Democrats to sign on to some kind of change in Social Security.

... I discovered outside the meeting [that] staffers for the president were passing the word that the Democrats were the ones who were ... urging a cut on Social Security benefits. And I told [O'Neill] ... and said to the president, "Are you calling for a cut in Social Security or not?" And Reagan said, "No, I'm not doing it, it's you guys that are doing it." And the speaker said, "No, I'm not doing it."

So they got nowhere in that meeting but there was good chemistry there. ... These guys were working together. And before the end of the year, before the big midterm election of '82, the speaker backed the president in raising taxes to make up for the excessive deficits from the year before, and he went on the floor of the House and told the Republican members, "You're here because of Reagan, you owe him your loyalty," and Reagan said in his diary that day [that] it was very strange to have Tip on his side on this issue. So this is the pattern: They would fight like brothers, and then they would deal.

On the ways that Reagan was willing to compromise

He was far more of a political figure than we think of. We think of him as a philosopher and the leader of ... the conservative moment. ... He wanted Social Security to be voluntary, he didn't like Medicare, he campaigned against it ... those are all in the history books, on the record. And yet ... when he was governor of California, he signed a pro-choice bill.

... He would compromise. He would compromise on making Social Security the strong program that it is today. He didn't just vote to keep it alive, he voted to keep it strong and keep the revenue flowing into it so there'd be enough money to pay for the retirees' benefits. He really did make a decision there. And I got to tell you, I think the difference between him and a true purist is that he would always say, "I'll fight as hard as I can and then I'll make the best deal I can." And he did that on spending, on taxing, on defense.

On his own interviewing style

... Ed McMahon, of all people, said: The key to the interview is to listen to the last answer. And if you're hearing the last answer equivocation, well, I go for it, I'm heat seeking. I think that's what I do. I don't think it's everyone's taste, I think on Sunday mornings for example, Meet the Press, that audience may be different. I know when people come looking for me at 7 p.m. Eastern Time, they want that. ... [I'm] trying to work for the audience.

... Learning how to cue people, but also to race them a little, get them working a little faster than they like to think out loud, so they begin to think just on their feet and they have to answer more impulsively, and that way you can get closer to the truth. I know it has an aspect of the interrogation room, of [NYPD Blue character Andy] Sipowicz or somebody interrogating a guy. But I'm telling you, if you really want the truth, you can't just let them come in and bogart it and keep giving long answers.

Read an excerpt of Tip And The Gipper