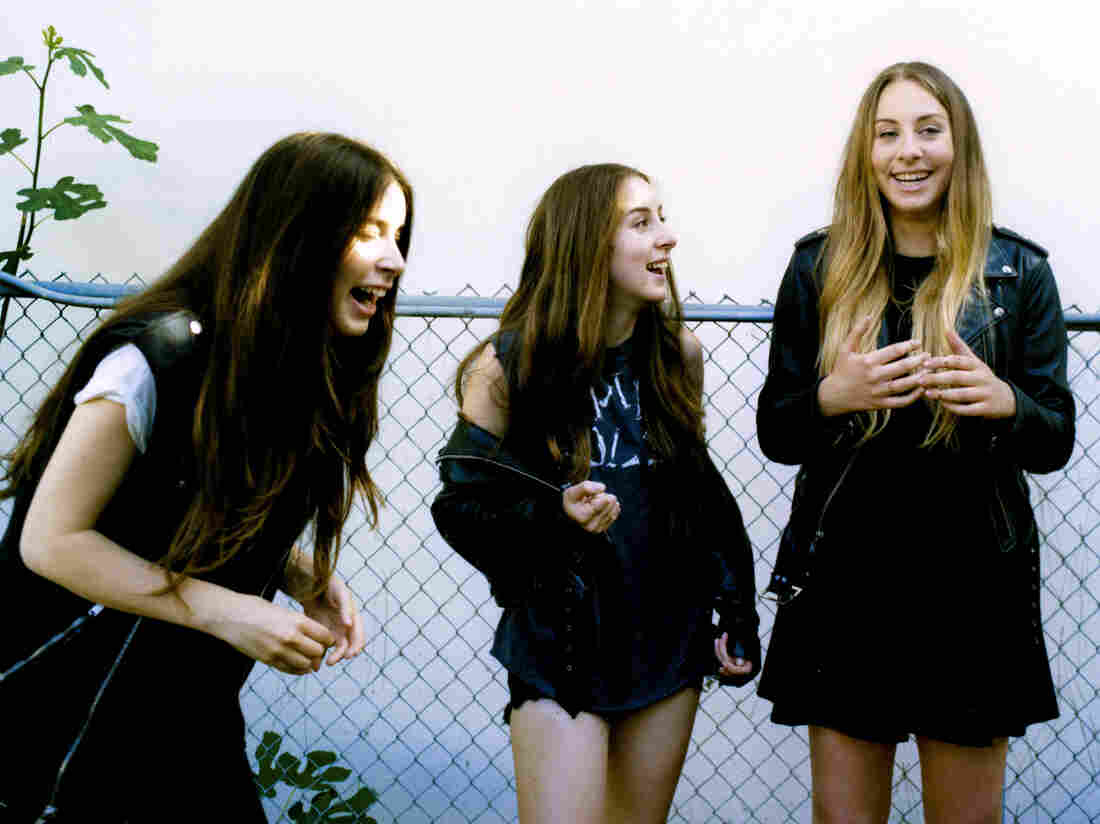 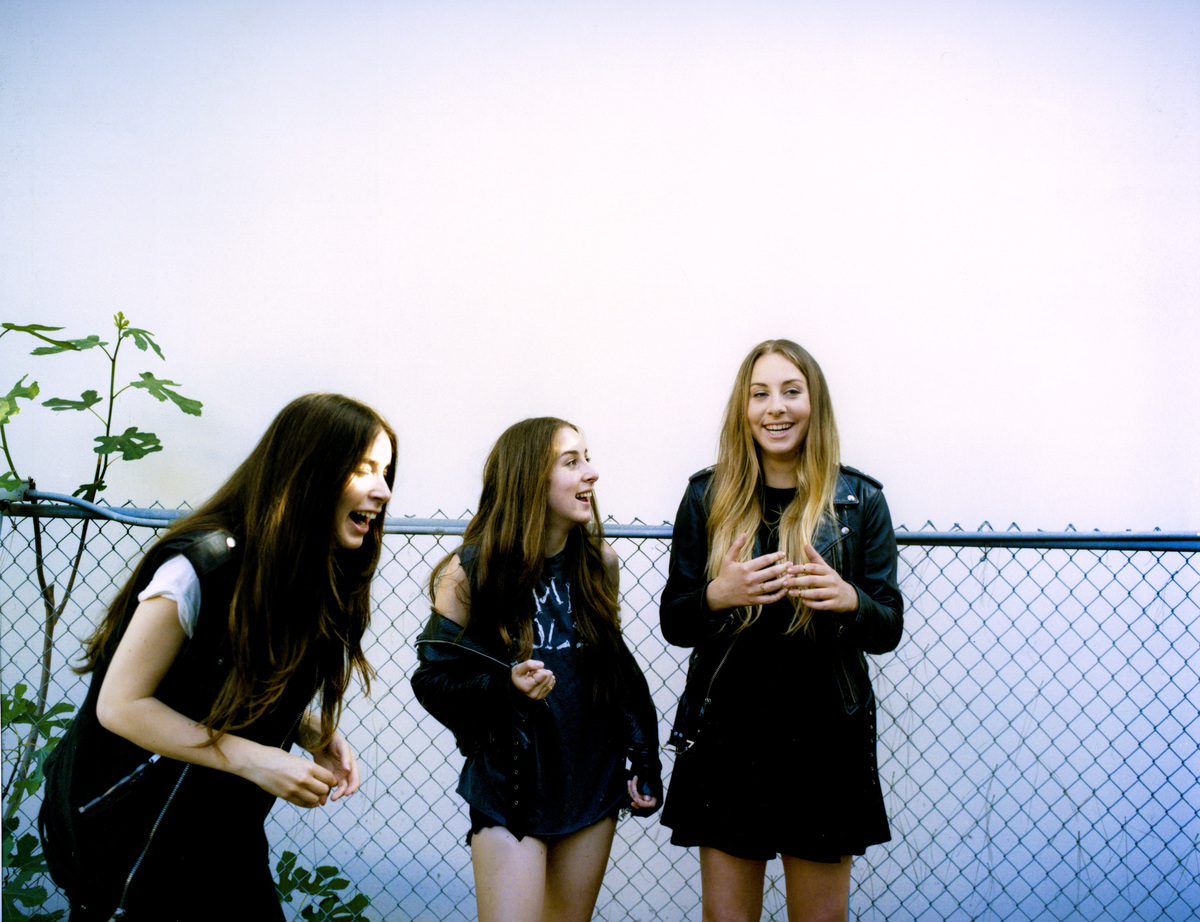 Tom Beard/Courtesy of the artist

The three HAIM sisters are in their 20s with plenty of experience, including years spent playing in a band with their parents. Each is a multi-instrumentalist; each sings. They write their own material. Here ends the questions-of-authenticity part of the review. Not that questions of being musical lightweights are going to be resolved for some listeners, because HAIM works in that most vexed and scorned of genres: pop-rock.

Your notion of pop-rock may derive from American manufactured products like The Monkees and The Archies, or from British acts like T-Rex and The Sweet, from whom HAIM probably extracted the thumping beat of "The Wire." I'd suggest that these Southern California sisters are tapping into that geographical area for precedents — anything from the '60s harmonies of The Mamas and the Papas to the '80s pop-punk of The Bangles. In "Honey and I," you can also hear the vocal inflections of a Canada-imported Lady of the Canyon, Joni Mitchell.

On Days Are Gone, the HAIM sound is one of vocals, guitars and drums hovering over thick layers of synthesizers and keyboards. To make this sound work, it has to be structured around a crisp verse-chorus-verse structure, or it just sounds like dreamy or irritating noodling around. The lyrics focus on falling in love and coming to terms with one's own power in a relationship; they tend to be less important than the sound of the singing. In this, the sisters benefit a bit from harmonies bred in the genes, but in every case, one of them seizes the lead with that nice pop-rock paradox: plaintive assertiveness. Occasionally, they remind you that they're part of the hip-hop generation by mixing things up in a precisely fractured composition such as "My Song 5."

Ultimately, a big part of the proof of HAIM's worth lies in whether this already highly publicized act can turn its hype into hits. The fate and glory of pop-rock is that it needs to actually be popular to complete the circuit of success. Without it, you're a cult act that's lucky to attract a cult. If I were younger and HAIM had a fan club, I'd probably join it. But the real bottom-line question is, how many of you out there would?