Accessibility links
You're Only 69 Questions Away From A New Song (About You) Every one of the 17 songs on Jim Bianco's new album Cookie Cutter is inspired by a fan. Against her better judgment, NPR's Audie Cornish answered the questionnaire that inspired another. 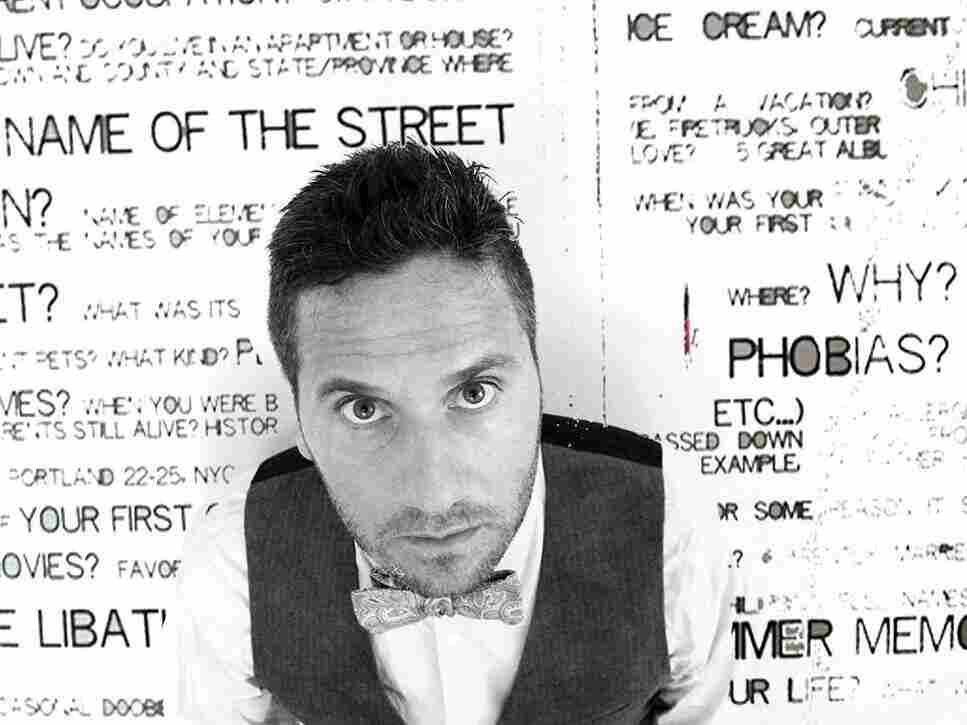 Jim Bianco wants to write a song about you. Yes, you. Courtesy of the artist hide caption 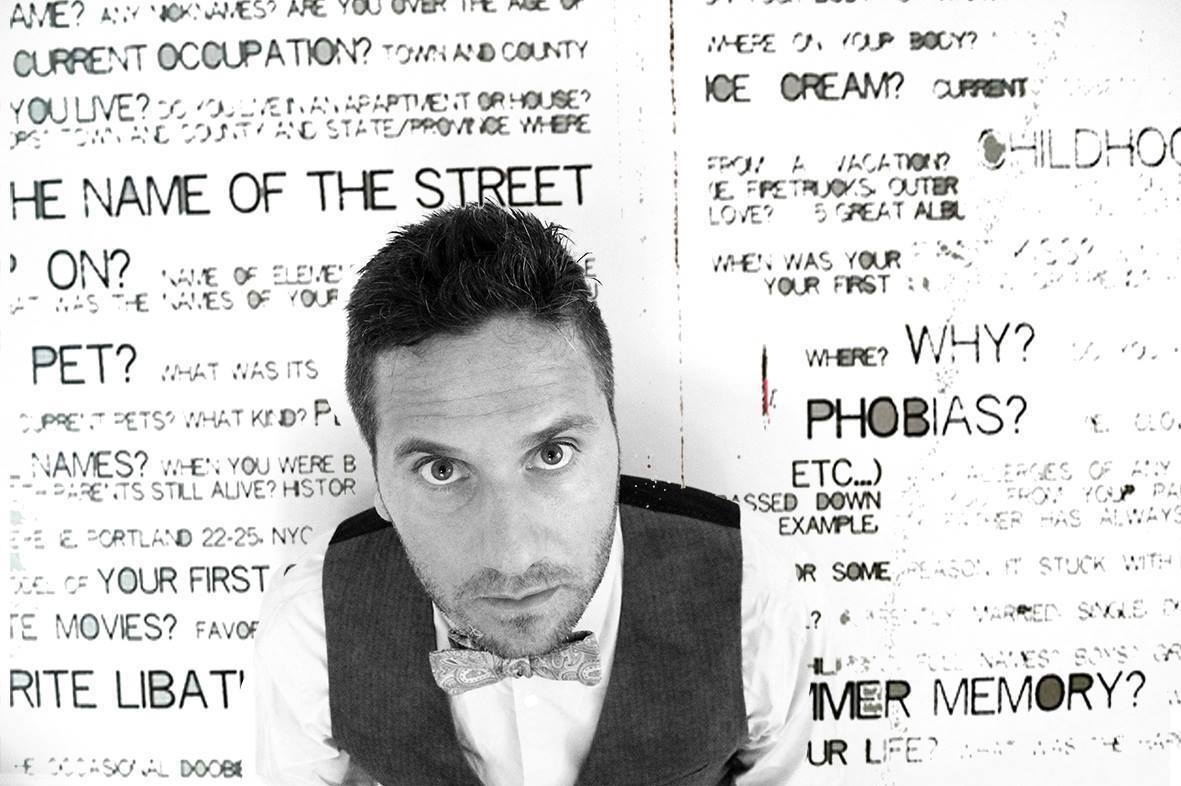 Jim Bianco wants to write a song about you. Yes, you.

"Everything In Moderation" by Jim Bianco

It was Dick Clark who said music is the soundtrack of your life. It's not that those songs are really about you — the best ones just feel like they are. But what if they really could be?

Every one of the 17 songs on Jim Bianco's latest album, Cookie Cutter, is inspired by a fan. It started with a questionnaire: Bianco posted 69 questions for fans to fill out, and what he got back were stories about reunited lovers, runaway pets, ballerinas, brain cancer survivors, Jesus Christ and — everyone's favorite — death.

"I really tried to capture the experiences that unite and define us as people," Bianco tells NPR's Audie Cornish, "so that not only would someone's answer be relevant to them, obviously, but to someone listening who wasn't that person."

Against her better judgment, Cornish answered the questionnaire. We find out that she wasn't allowed to date, that one of her favorite songs is "I Never Loved a Man" by Aretha Franklin, and that she fears snakes and high heels. The song Bianco wrote for her is titled "Everything in Moderation" — a phrase Cornish's dad frequently said and still says.

The results are unsurprisingly intimate. And, thankfully, Bianco didn't go with "You're So Naughty, Audie." Bianco spoke with Cornish about the rough drafts that led to "Everything in Moderation," plus how his own imagination gets in the way. Hear more of their conversation at the audio link.