Accessibility links
Rick Najera: A Latino In Hollywood Is 'Almost White' Rick Najera's name may not sound familiar, but his work is famous in Hollywood. Host Michel Martin talks with the funnyman about his career and his book Almost White: Forced Confessions of A Latino in Hollywood. 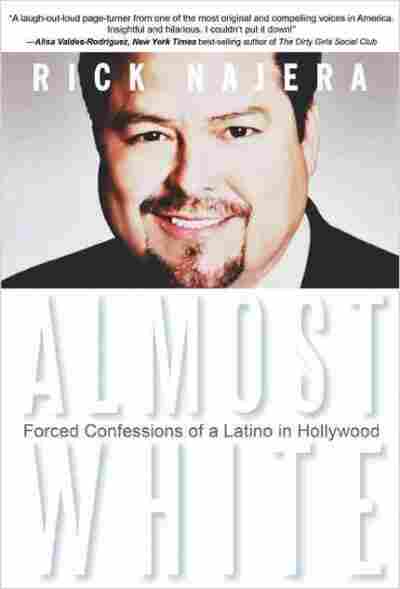 Forced Confessions of a Latino in Hollywood

Rick Najera doesn't remember his wife Susie dialing 9-1-1. She came home six hours after Najera had taken a fall that left him bleeding on the floor of his home. The Hollywood actor/writer/producer had pneumonia and ended up in an intensive care unit in a coma.

"I really looked at my life and I said I wanted to chronicle it. I wanted to bring it down and talk about it in a very human, honest way," he says.

Rick Najera has chronicled it all in his latest book, a memoir, titled Almost White: Forced Confessions of a Latino in Hollywood. The examination of his own career led Najera to realize something bigger.

"My life, just looking at it individually, really tells the whole story of the Latino experience in America," Najera added.

By any count Rick Najera's experience in Hollywood has been illustrious. He's worked with top talent like Sidney Poitier, Whoopi Goldberg, John Leguizamo and Jim Carey. He was a writer for cutting-edge comedy shows like In Living Color and MADtv. He wrote and acted in a successful Broadway production - Latinologues. And he's become a sought after consultant, whose eye for talent has launched the careers of countless actors.

Rick Najera acknowledges that the jobs weren't always easy. The long hours spent in writers' rooms were gruelling, and even on groundbreaking shows, the diversity was lacking.

According to Najera, "Hollywood is ... most likely a scared, white, 20-year-old boy."

This is a problem in writers' rooms, adds Najera, because he says the typical Hollywood writer doesn't have experience interacting on a regular basis with people of color. And Rick Najera adds that a lack of diversity in the writers' room isn't apparent to most audiences.

"A lot of times the writers were the guys in the back room. So no one sees us, but they don't realize we're the ones that are changing everything," he says.

Najera thinks that diversity in the writers' room matters, because it changes the way that shows and scenes are cast.

He explains, "If we write it on a page, if it says, 'An African-American male, two Asian women, and a Mexican man enter a room.' That's a writer that wrote that ... So a casting director gets that and they have to cast it that way. So the power is really in the writers."

Rick Najera says he has hope that Hollywood is changing, and that in a generation more people of color will find their way into writers' rooms and starring roles. Najera hopes that by committing his own story to paper he's doing his part to ensure a more inclusive future.

He added, "We're all slowly changing the dial, and it takes a long time for this change to happen. And it's sad because our worlds are better off with all of us included in them."