Accessibility links
Time For Superstorm Sandy Evacuees To Check Out Of Hotels City officials say what's been a "generous" hotel program has to end, and they sent displaced families a letter saying they have to move out by Friday. But others say the city could have done more to help the storm's neediest victims stay out of homeless shelters. 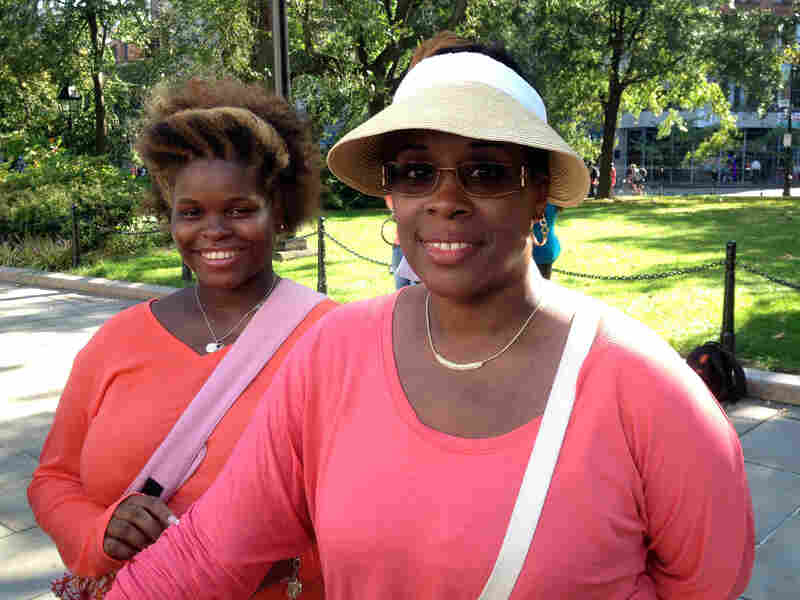 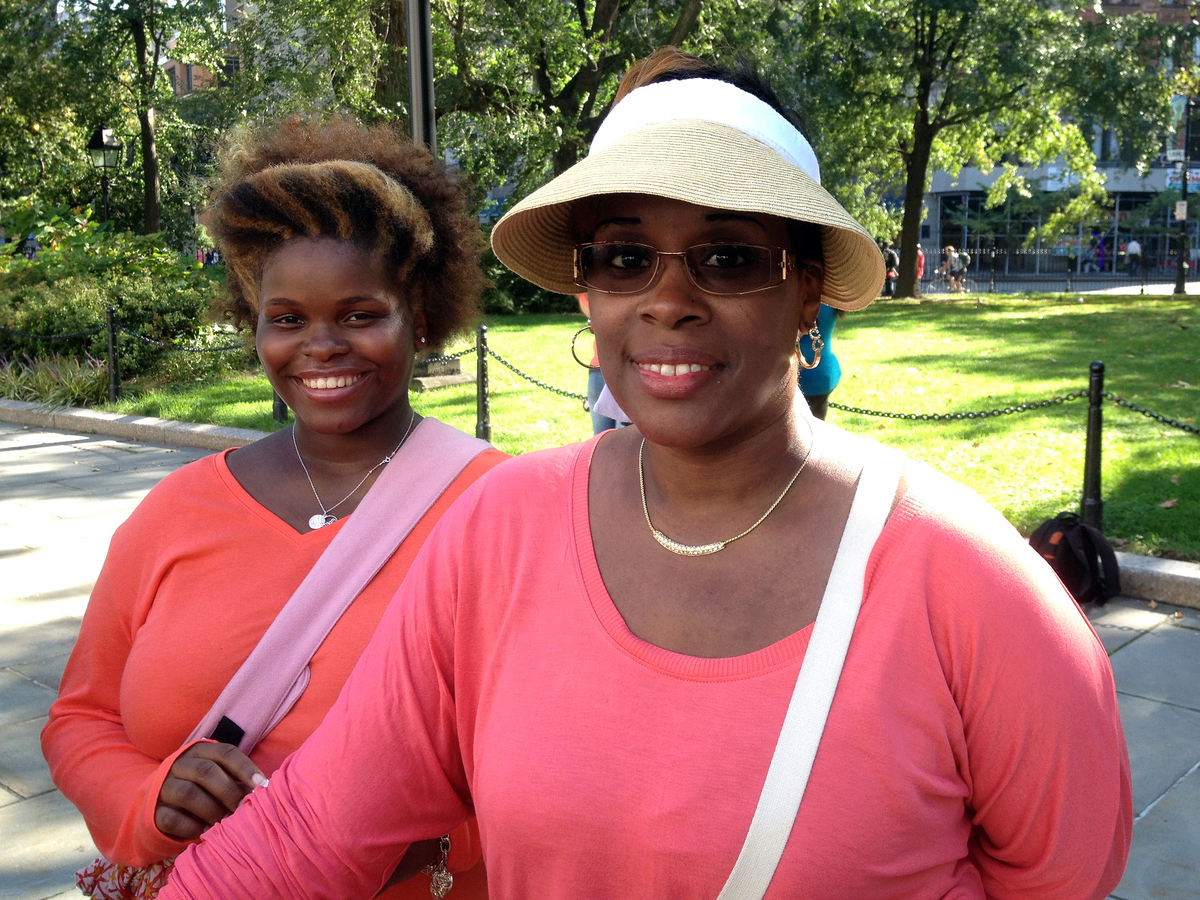 Sandy evacuees Shawn Little (right) and her daugher, Terri, joined a press conference to protest for more time at city hotels while they look for permanent homes.

Almost 300 Sandy victims are still living in hotel rooms on the taxpayers' dime — but not for long. City officials say the program is expensive, and it's time for those remaining Sandy evacuees to move out.

This week, the displaced families living in hotels got a letter from New York City officials telling them they will not pay for those rooms after Friday.

This was the message they sent back on Wednesday: Heck no, we won't go!

"Normal people, normal citizens, we had jobs, we go to school. We just basically want to get back to where we were, to the lives that we have," says Shawn Little, a home health care worker who lived in Far Rockaway, Queens, before the storm.

Little says she's close to doing that. She's signed a lease on an apartment, she says, and hopes to move in soon. But many other Sandy evacuees still have nowhere else to go.

"A lot of these people are going to end up homeless," says Judith Goldiner with the Legal Aid Society. "We did not focus our resources after Sandy on making sure the people who were most harmed by Sandy were taken care of, and that's the real tragedy here."

City officials dispute that. Michele Ovesey is New York's commissioner for homeless services. She says the city went above and beyond, sheltering as many as 3,000 households in hotels over the past year.

"It's a very generous program. We essentially allowed anyone in who knocked at our door," Ovesey says. "We have to have some kind of end date for the program."

The city tried to end the hotel program back in April, but the Legal Aid Society sued to keep it going. A federal judge issued an injunction but lifted it last week. Now the city says it will stop paying for hotel rooms. Goldiner says the city is overlooking one of the biggest problems facing all New Yorkers — but especially low-income Sandy evacuees.

"In New York City, we have about a 1 percent vacancy rate, and it's lower — much lower — for affordable housing apartments," Goldiner says.

City and federal officials created a voucher program to help evacuees find apartments they can afford. But Goldiner says some of those vouchers were issued in just the past few weeks, leaving her clients in limbo.

"They are literally waiting for city bureaucracy to dot the i's and cross the t's and they can move in. But unfortunately, the city isn't willing to wait for them," she says.

Ovesey concedes that not everyone in the hotels will find alternative housing by Friday. But she says the hotel program has helped 1,400 households move into permanent housing since the storm.

"We made every effort to keep as many evacuees in the hotel program frankly as long as we could, and I think we've done a tremendous job," Ovesey says.

Ovesey says the hotel program hasn't been cheap, either. It's cost taxpayers more than $70 million. FEMA is picking up that bill, but it won't reimburse any more hotel stays. At the same time, Irwin Redlener at Columbia University's Earth Institute points out that there are billions of dollars in federal recovery funding that have yet to be spent.

Some of those evacuees may try to stay in the hotel rooms and take their chances in court, while others may have to check into homeless shelters Friday night.