Accessibility links
What Furlough? GOP Lawmakers Choose How Much Burden To Bear Even as hundreds of thousands of federal workers stay home, some members of Congress have kept most or all of their own staffs working. With no end to the government shutdown in sight, that's put Republicans on the defensive. 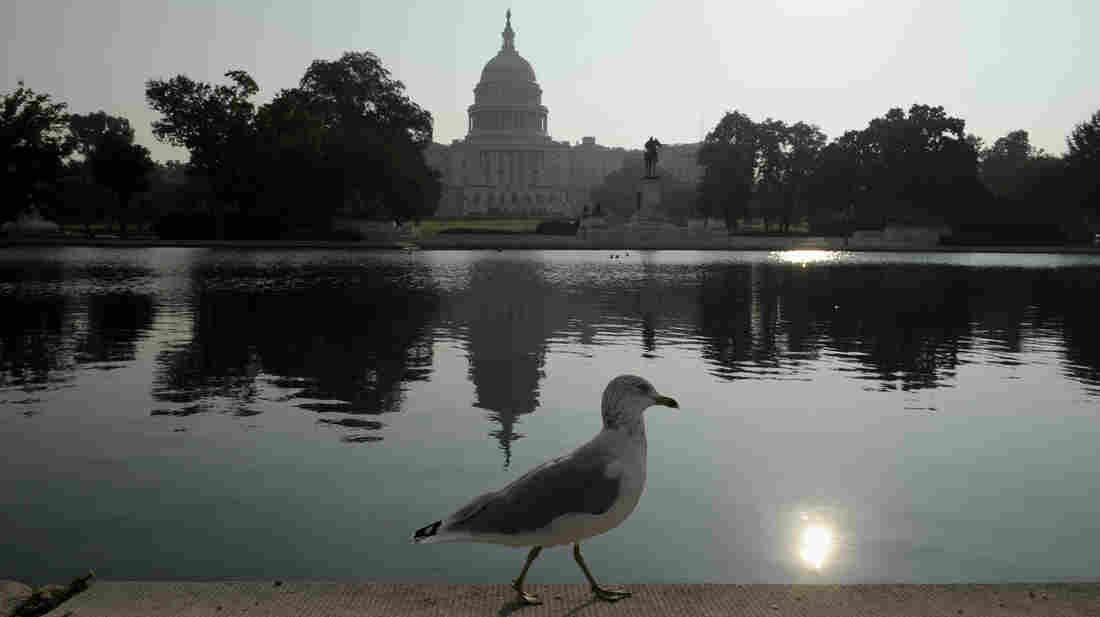 A seagull walks on the edge of the reflecting pool near the Capitol on Friday. Susan Walsh/AP hide caption 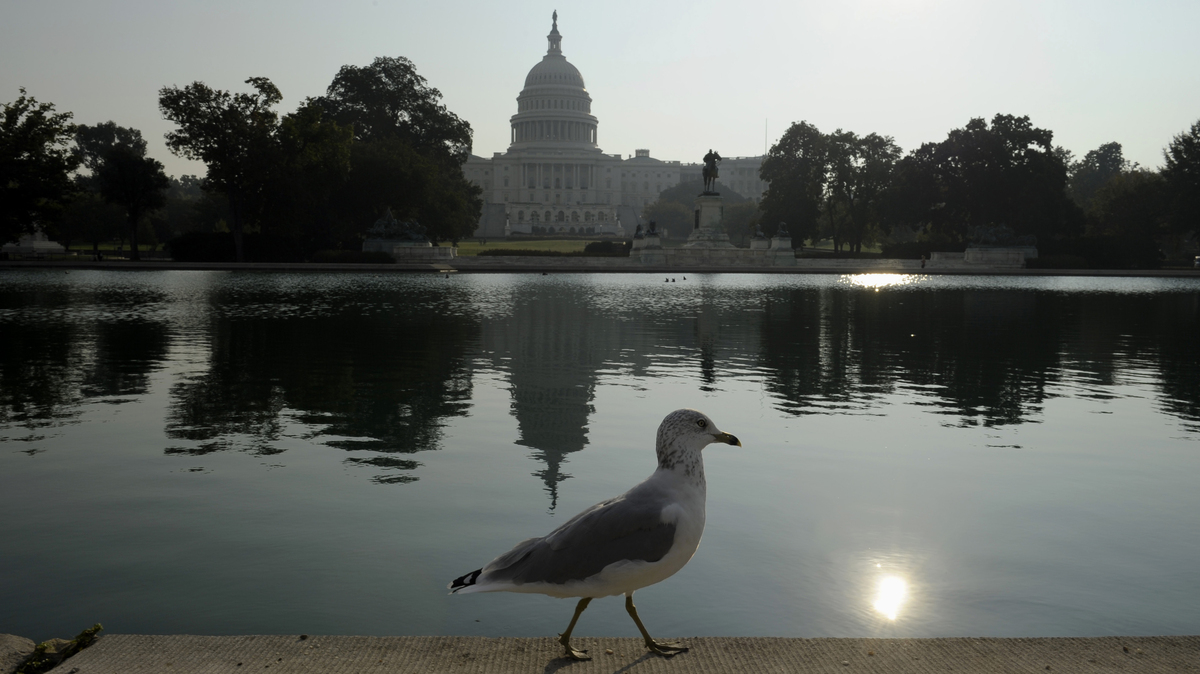 A seagull walks on the edge of the reflecting pool near the Capitol on Friday.

As the government shutdown enters its fifth day, House Republicans and Senate Democrats continue to spar over who's being more unreasonable in this fight.

GOP members now find themselves on the defensive, as they face questions about forgoing pay and forgoing staff during the widespread furloughs.

Hundreds of thousands of federal workers were forced to figure out this week just how many paychecks they could afford to skip. In a show of solidarity, at least 150 lawmakers said they'd give up their pay, too. The ones who wouldn't, like Renee Ellmers, R-N.C., soon learned that they touched a nerve.

"I need my paycheck," Ellmers told WTVD in Raleigh early this week. "That's the bottom line. And I understand that maybe there are some other members who are deferring their paycheck, and I think that's admirable. I'm not in the position."

Ellmers had voted to defund the Affordable Care Act as a precondition for keeping the government running. Her comment drew furious reactions, and on Friday, she reversed course, deciding she'd surrender her pay after all.

On Saturday, the House unanimously passed a bill to pay furloughed workers once the shutdown ends. Until then, the question of how much of the burden members of Congress will individually bear continues.

Whose Staff Is Essential?

One of those burdens is how much of their own staff are lawmakers willing to furlough?

Unlike the executive branch, where specific rules designate who is essential and who is not, members of Congress can furlough at their discretion. Rep. Lynn Westmoreland, R-Ga., says his office is operating at half-capacity now.

"I told everybody, 'Look, I don't want anybody here to think they're non-essential, but at the same time, we're going to have to share some of the pain,' " Westmoreland says.

To furlough or not to furlough — it's a touchy question on Capitol Hill. Many House members didn't respond to calls or emails asking how many of their staff members were showing up this week. One House member, Kerry Bentivolio, R-Mich., simply walked away when he was asked.

Fully Staffed For A Fight

Republican Steve King of Iowa is not furloughing a single soul on his staff, and isn't hiding it. King's one of about 30 House Republicans who are determined to use the spending fight as a way to end Obamacare.

"We don't know how this is going to emerge," he says. "We don't know what kinds of demands we're going to have. And so I want to make sure we have people here to answer the phones, to respond to the needs that we have, to deal with any legislation that we might be able to work."

King is not concerned that it looks like he's insulating himself from the effects of the shutdown by having his full staff around.

"This is a decision made to get this job done," he said. "We're in a battle here. So just imagine, you're in a battle. Would you say, 'I'm going to send you all home on leave?' I mean, I can do that. I could furlough all my employees. I could roll the phones over to recording, and I don't even have to walk into my office. I could just wait for somebody to make a decision, come in here and vote. That's the easy way out."

Taking The Hard Way Out

King says it's a good thing he kept his staff around — they're working harder than ever this week. Though from the looks of it, Congress isn't getting any closer to resolving its spending feud.

The House has spent the last few days passing smaller individual spending bills, to fund specific things like national parks, the NIH, veterans' programs and disaster recovery. But Senate Democrats keep rejecting each and every one of the bills, pointing out the original Senate proposal still awaiting a vote in the House would fund all programs, not just some.

"How can Speaker Boehner stop the Republican shutdown?" says Chuck Schumer, D-N.Y. "Just vote. Because everybody knows, if he put the bill on the floor of the House, it would pass."

But as of Friday, Boehner was still demanding a chance to sit down and have a discussion about bringing fairness to Obamacare. Senate leaders and the White House continue to say there will be no such negotiations until the government reopens.