Accessibility links
The Tea Party Makes Sense Of The Shutdown What do the real grassroots Tea Party groups think about the politics of the government shutdown? Jenny Beth Martin, co-founder of the group, Tea Party Patriots, says the shutdown gives Americans the chance to speak out against Obamacare — and offer a compromise. 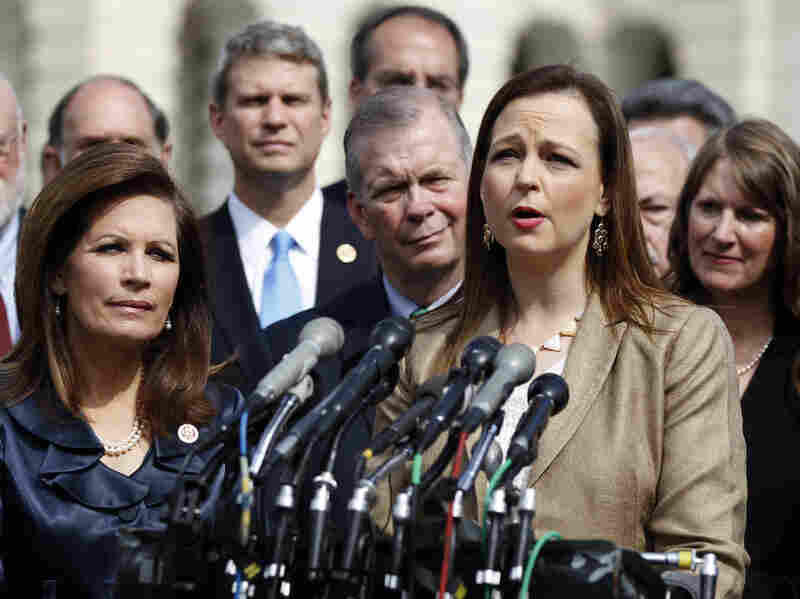 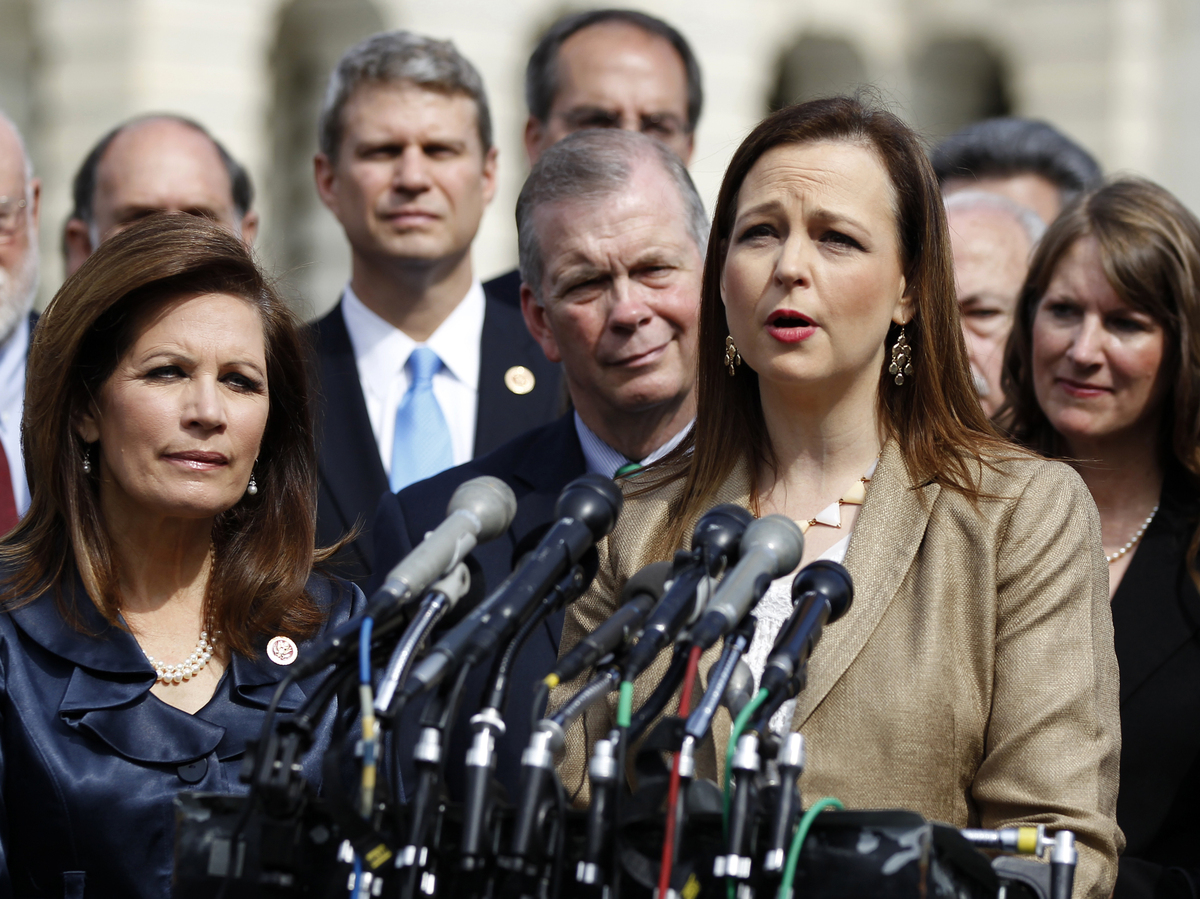 The Affordable Care Act has been at the center of the budget debate that has shut down the government.

Tea Party Republicans in the House have led the charge to try to repeal or delay Obamacare in exchange for funding the government.

They were cheered for taking on the health law by Tea Party activists across the country, including Jenny Beth Martin, co-founder and national coordinator for the group, Tea Party Patriots. Martin told Weekend Edition Saturday host Scott Simon recently that Congress ignored the will of the people when Obamacare was enacted.

"And still, the majority of Americans do not want to live under Obamacare," Martin says. The shutdown is giving those people the chance to speak to Congress to ask that the law not be funded.

We worked to make that case, yet even though the majority of Americans did not want the law to pass, the Democrat-controlled House and the Democrat-controlled Senate went ahead and ignored the will of the people and passed the law anyway. And still, the majority of Americans do not want to live under Obamacare, and they are speaking up and they're talking to their congressmen and senators and letting them know.

You're absolutely right that elections count, and votes in Congress count, and so the elections results from last year elected Republicans to control the House of Representatives. The Constitution gives Republicans the authority to initiate bills that fund the government, and they're acting absolutely within the scope of their power, within the rule of law, and they are doing that based on election results.

I don't want the government to be shut down, and I want the government to be funded. I simply do not want Obamacare to be funded and paid for with my tax dollars. I'm not looking for blame; I want to make sure we find a resolution to the situation that is at hand. And the House is passing these continuing resolutions; some of them are passing with bipartisan support. And we are looking for ways to reopen the portions of the government that we agree with. I really don't understand why the Senate has refused to take up any of these measures. We've made compromises. We're saying we understand we can't repeal this law, and if we want to, we'll have to change the makeup of either the White House and/or the Senate. And so we understand that elections have those consequences and we cannot do that. So we've said defund the law.