Accessibility links
Book Review: 'A Spell For Chameleon,' By Piers Anthony Long before they met, fell in love, got married and became co-authors, Melissa de la Cruz and Michael Johnston both read A Spell for Chameleon. The first novel in Piers Anthony's "Xanth" series is a silly book, full of corny jokes. But for teenage Melissa and Michael, it was a winking glimpse into the world of adult relationships.

'Spell'-Bound By A Goofy Book — And Later, United By It

'Spell'-Bound By A Goofy Book — And Later, United By It 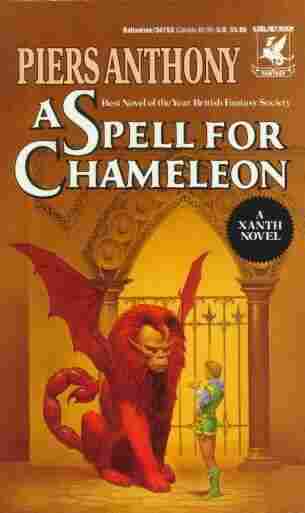 A Spell for Chameleon

Melissa de la Cruz and her husband Michael Johnston are the co-authors of Frozen.

How is this a risky read, you might ask? Piers Anthony's Xanth series is a tongue-firmly-in-cheek affair, filled with awful puns about bad dreams delivered by horses — literal "night mares" — and corny jokes about how Xanth is eerily similar to the geography of Florida, the author's home state.

Isn't this book just funny? How is it risky? Or dark? Or adult? Yet precisely because of its naughty, offhand humor, we found it risky and thrilling. Let us explain ... 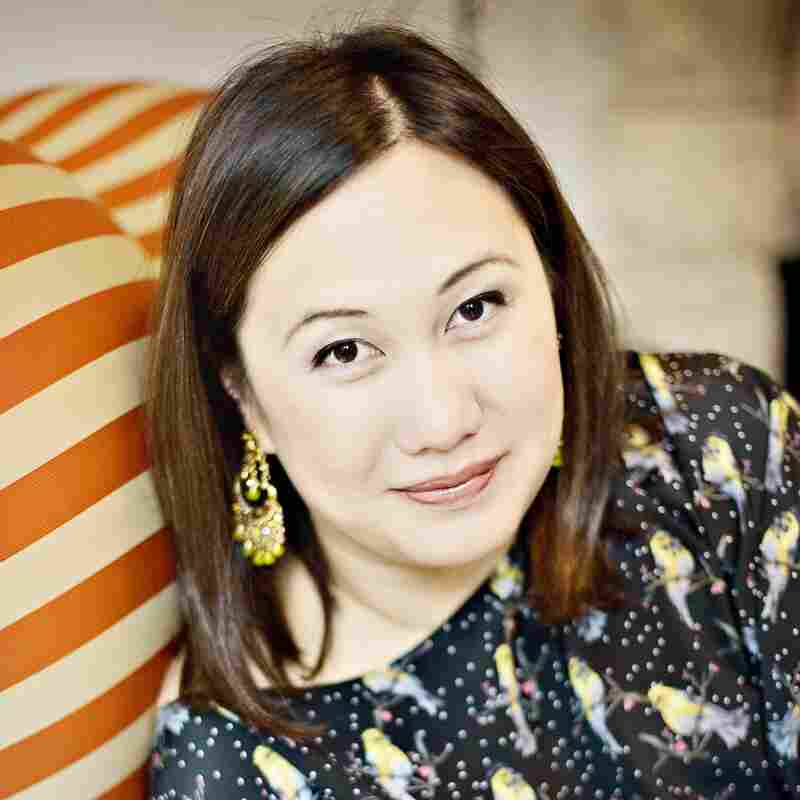 Melissa de la Cruz grew up in Manila and now lives in California. She is the author of numerous young adult novels, including the books in the "Blue Bloods" series. Denise Bovee/Courtesy Goldberg McDuffie hide caption

I read A Spell for Chameleon when I was 13, and what I found most striking about the book was its inside-joke depiction of the "stages" of womanhood. They appear in the character of Chameleon herself, who is not one woman but three: beautiful but stupid Wynne, sensible and average-looking Dee, and ugly but extremely intelligent crone Fanchon. Chameleon seeks to end her curse as she despairs of ever meeting a man who is willing to put up with her changeable nature.

I grew up in a Filipino household, in a culture where a girl's getting her period is a cause for celebration. When I got mine at 11, my parents had a party – it was mortifying even as they tried to convince me there was absolutely nothing to be ashamed of. So I found it fascinating that a woman's moods and unpredictable nature could be handled in such an easy and light-hearted way in fiction. Maybe my parents were right after all.

Reading the book, I remember thinking: one day, I will grow up and be like Chameleon — moody, beautiful, smart, ugly, sensible and average. Like her, I will find a partner who accepts that I am difficult and different, and who won't want me to change. Epic fantasy novels were full of too-perfect heroines; Arwen was another favorite, but she was so beautiful and so loyal, it was hard to relate. Unlike them, Chameleon reminded me of my mom and my aunts, who were smart and funny and moody and annoying — and had husbands who adored them. Now that was something to look forward to. 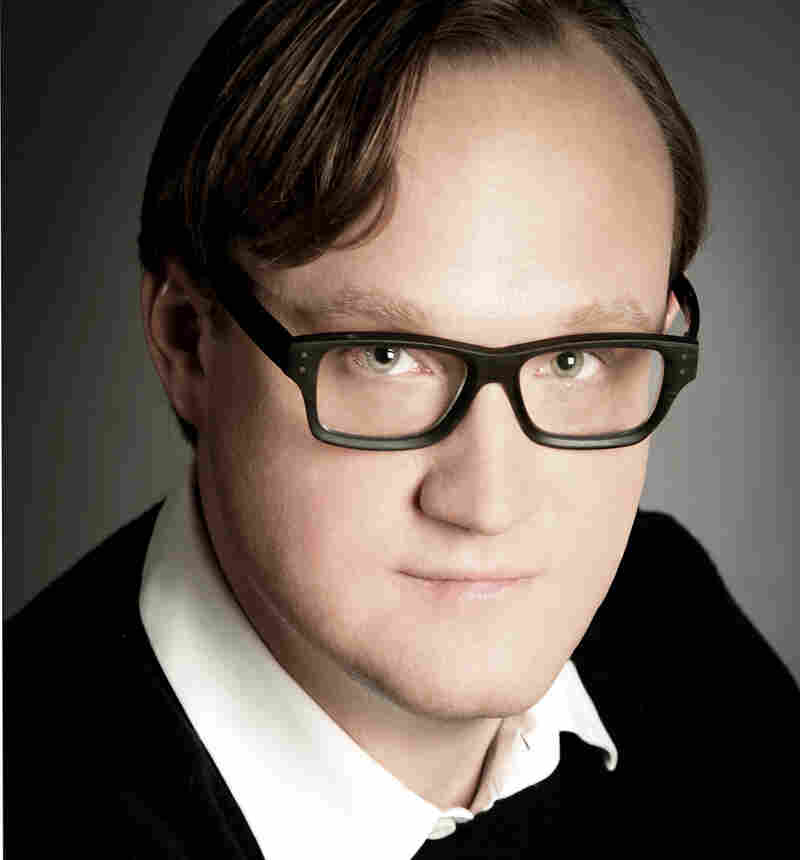 Michael Johnston, Melissa de la Cruz's husband, collaborated with her on the "Blue Bloods" and "Witches of East End" series. Frozen will be the first of their books for which he is named as an author. Lennon/Courtesy Goldberg McDuffie hide caption 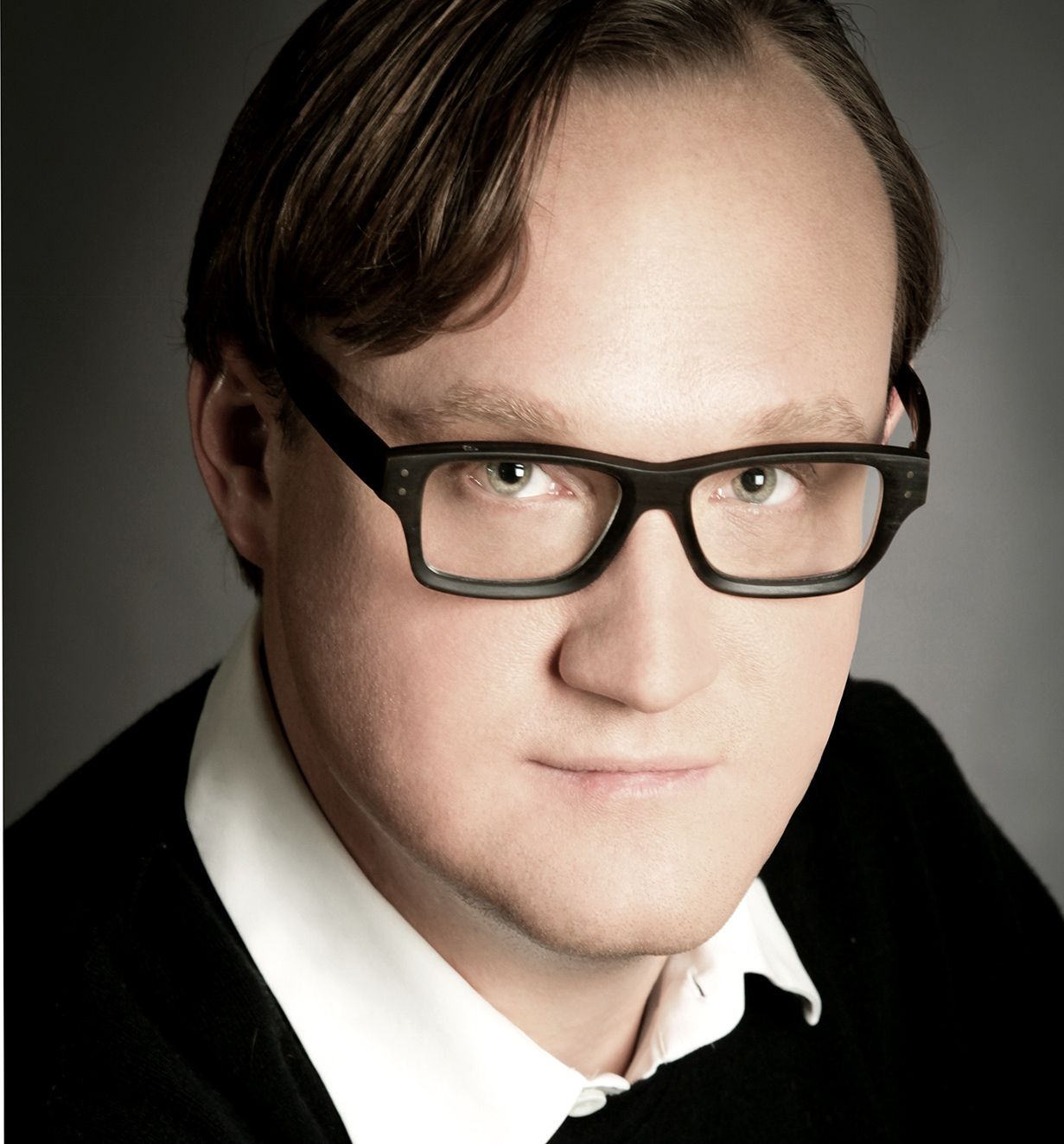 Michael Johnston, Melissa de la Cruz's husband, collaborated with her on the "Blue Bloods" and "Witches of East End" series. Frozen will be the first of their books for which he is named as an author.

I read A Spell for Chameleon at the same age, and like Melissa, I was intrigued to find a book that not only acknowledged but made light of the fact that grown-up women were strange and unpredictable creatures. Woven inside this light-hearted fantasy story is a real one about sex, women, desire and desirability. The novel was filled with sexual tension, witty banter and jokes I wasn't yet privy to. I was fascinated by it.

Another aspect of the book that felt like an adult secret was Bink's talent — or lack of it. Bink has no magical ability at all, and yet he is the hero of the book. (OK, it turns out he's immune to magic, but he can't do anything.) Growing up in America in the 1970s and '80s, I lived in a world of relentless self-esteem building, where every kid was awarded trophies for "participation" (which seemed pathetic even then). Bink's talentless nature was a revelation.

Through his story, I had an inkling that maybe I didn't need to be so "special" to grow up to be a decent human being. Like Bink, I could grow up to be perfectly ordinary and unheralded — just a normal guy, really — and still get the cool girl. It made me think that maybe we'll all turn out fine, even without our participation trophies.

Don't tell the grown-ups, though; they seem pretty attached to those two-dollar trinkets.

On our first date, we discovered that we had read and loved the same books as teenagers, including A Spell for Chameleon. It was exciting to discover a romantic partner who could speak the same languages (Elvish and Klingon), who laughed at the same jokes (anything involving tribute bands) and who shared the same appreciation and fondness for science fiction and fantasy. We had grown up in different parts of the world, but at heart — through the books that influenced and shaped us — we were exactly the same.

A Spell for Chameleon is no fairytale, the princess is a crone and the prince's name is Bink. Seriously. Bink. But both Bink and Chameleon found the person who accepted them as they were — the very essence of magic.