Accessibility links
The NPR Interview: 'The Summit' Director Nick Ryan and Climber Pemba Gyalje Sherpa The documentary tells the story of the August 2008 disaster on K2, the Earth's second-highest mountain, in which 11 climbers died. NPR's Rachel Martin spoke with the film's director, Nick Ryan, and Pemba Gyalje Sherpa, one of the climbers who made it off the mountain alive.

At 8,616 meters, Pakistan's K2 is a few hundred feet shy of Mount Everest in height — but it is widely viewed as a more difficult and more dangerous summit. De Agostini Picture Library/Getty Images hide caption 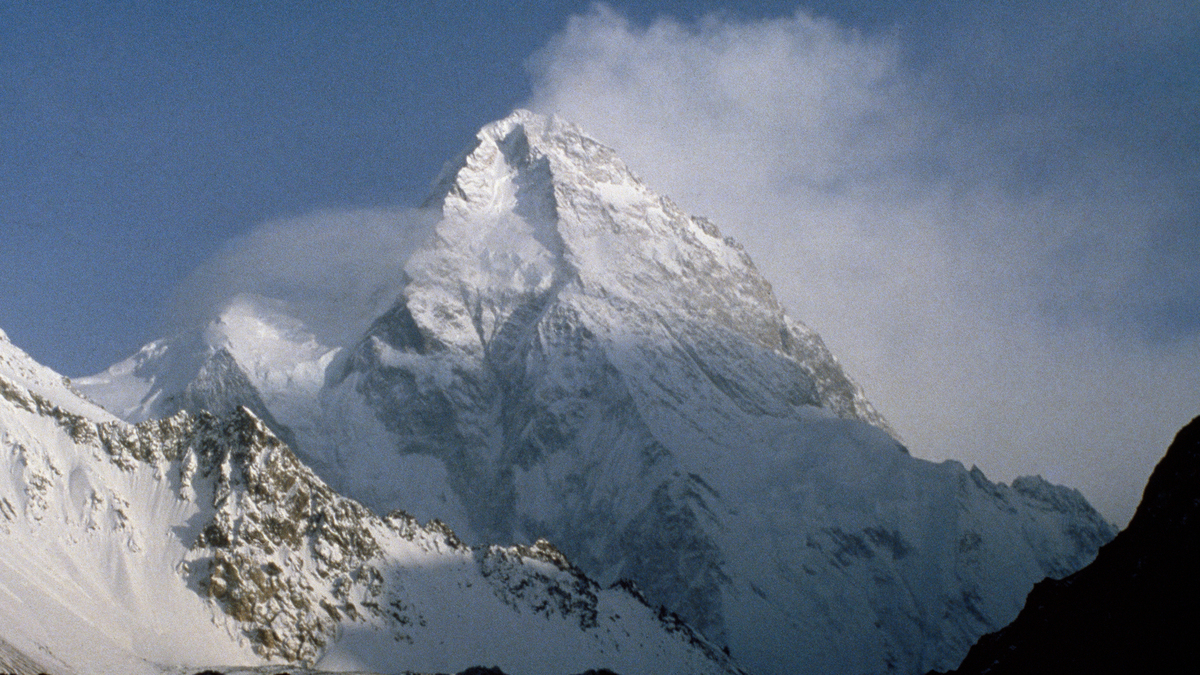 At 8,616 meters, Pakistan's K2 is a few hundred feet shy of Mount Everest in height — but it is widely viewed as a more difficult and more dangerous summit.

Mountain climbing requires stamina and skill, but at some point — especially on the world's tallest and riskiest peaks — it becomes a game of chance. In August of 2008, if you were one of the dozens of people trying to climb to the top of K2, the odds of your living to tell your story weren't good: During the last push to the summit and the immediate descent that followed, 11 people died.

In the documentary The Summit, filmmaker Nick Ryan tries to piece together what happened in what has been called the deadliest event in modern mountain climbing. 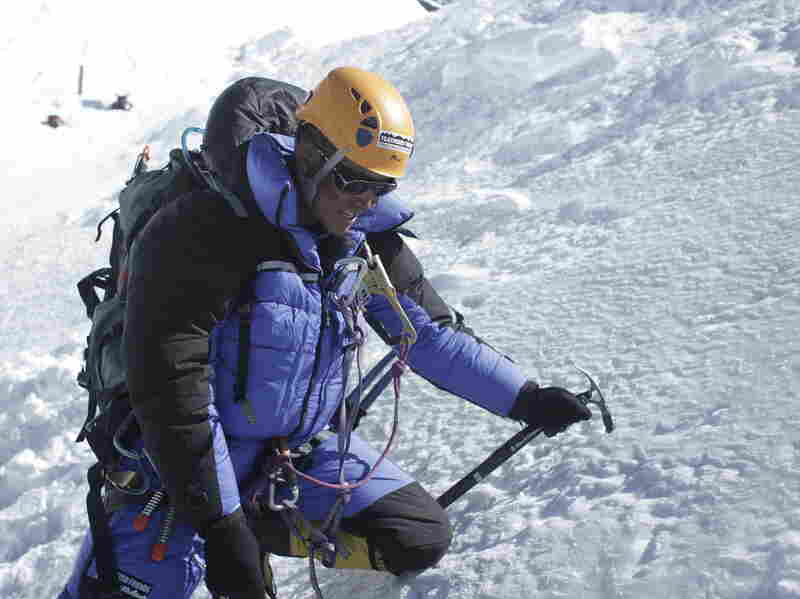 Pemba Gyalje Sherpa survived his August 2008 climb on K2 and was even able to help save some of the other expeditionaries. But 11 died trying to conquer the mountain that month. Robbie Ryan/IFC Films hide caption

Pemba Gyalje Sherpa survived his August 2008 climb on K2 and was even able to help save some of the other expeditionaries. But 11 died trying to conquer the mountain that month.

Ryan and Pemba Gyalje Sherpa — one of the climbers who not only came off the mountain alive, but went back to help with the rescue — talked to NPR's Rachel Martin about the film and the harrowing day it chronicles. Excerpts from their conversation, edited for clarity and concision, are below.

On the climbers attempting to summit that day

Ryan: There were quite a few expeditions on the mountain. Pemba climbed on a Dutch-led team. There was a Norwegian team, there was a Korean team, there was an independent international team. So in total ... 25 people were heading to the summit. In general, the majority of the climbers were capable and good climbers — they weren't [as some reports claimed] tourist climbers.

On the first climber's fall

Ryan: I wanted to show how quickly, how simply, you can die on a mountain like this. It's a simple slip. Dren Mendic, the Serbian climber, he literally unclipped his bolts, his safety lines — which you should never do — and as he passed behind somebody, he hit off his own crampon, which is the spikes on your boots, and went sliding down [the mountain]. And it's as simple as that. You don't see it coming, and it just happens. 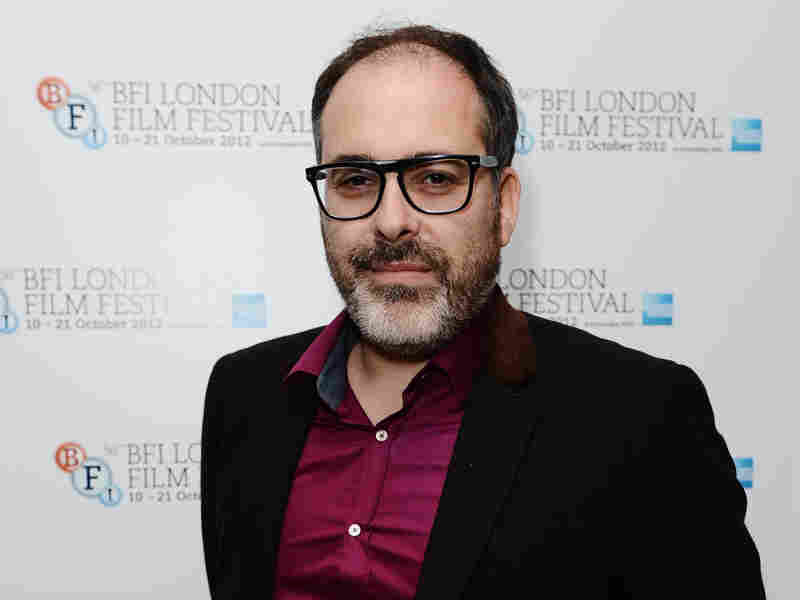 Nick Ryan at the premiere of The Summit at the BFI London Film Festival in October 2012. The film tells the story of one of the worst mountain climbing accidents in recent history. Ian Gavan/Getty Images for BFI hide caption 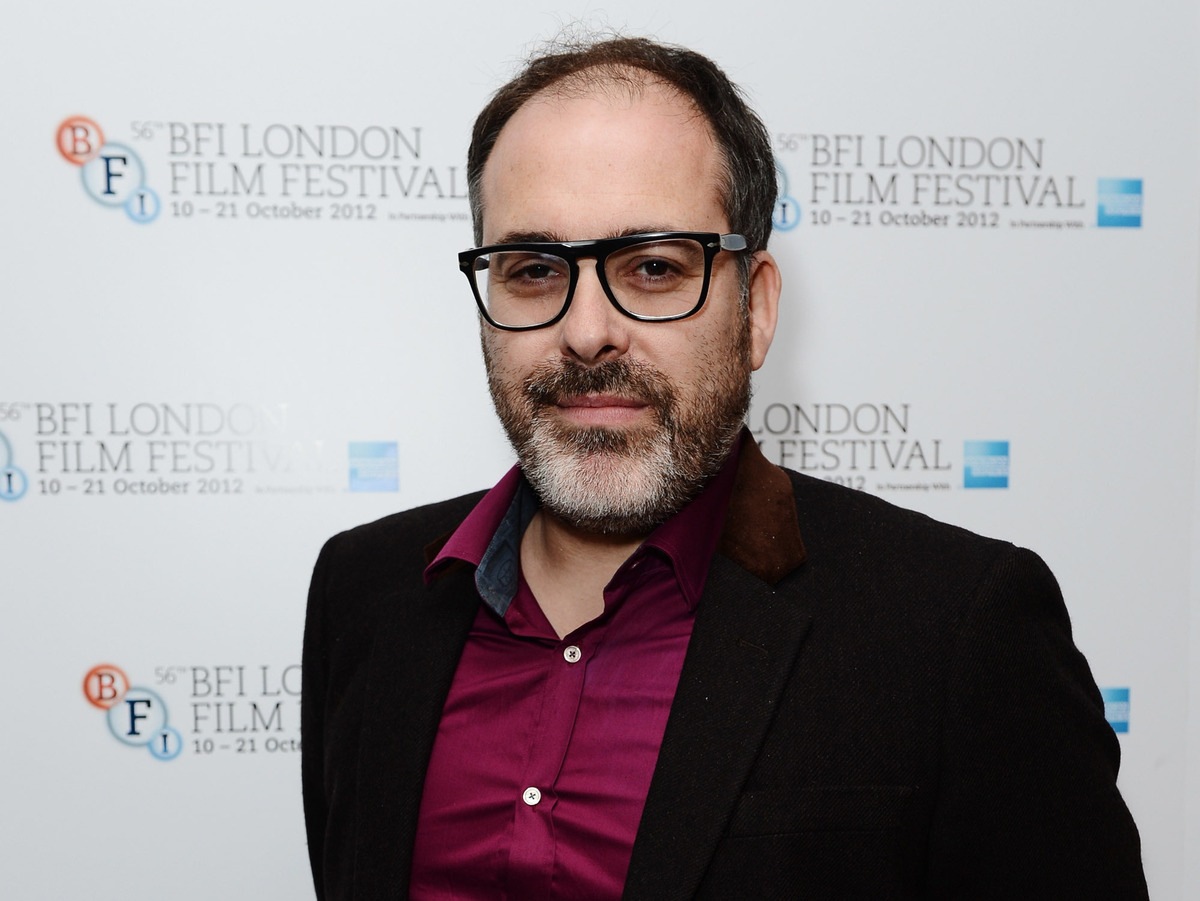 Nick Ryan at the premiere of The Summit at the BFI London Film Festival in October 2012. The film tells the story of one of the worst mountain climbing accidents in recent history.

Pemba: After he fell down, the other climbers, we didn't talk seriously about what we do now. Because already we are into the extremely high altitude.

Ryan: I think the easier way to look at it, even from a non-climber perspective, is [to ask], if you had been on the mountain for 67 days and you were six hours from your goal, would you turn around?

On how so much tragedy beset one group

Ryan: It's not any one factor, like an airplane crash. It's a series of small events that just add up. Delays because of misplacement of rope and so on and so forth during the day added up, so most people reached the summit as the sun was setting. So they start descending in darkness. And I think the summit — you're only halfway there when you're on the summit. And the descent is always harder. It's psychologically harder, it's physically harder, and it's dark as well.

And you know, some of these people were climbing on supplemental oxygen, which means when that oxygen runs out — which it did by the time they reached the summit — they are in much worse shape because now all of a sudden hypoxia starts to set in. [They feel] apathy; they just want to sit down; they think, "Everything's OK, we'll wait for the sun to rise." Many, many, many factors — and the whole group mentality fragments, and it becomes every man for himself almost.

The Story At Length From 'The Independent'

'Death Or Glory: The Truth About K2'

On how they told the story visually

Ryan: It's a very complex story, and as a director I decided that the best way to tell this, and to keep an audience engaged, was to use dramatic reconstruction. I say "dramatic reconstructions" because to that end we filmed [a story], with Pemba and three of the other Sherpa who had been there in 2008 as technical advisers, based on the comprehensive interviews we had done. The photographic evidence, video evidence and everything was cross-referenced. So veracity was of prime importance.

On climbing after that day

Pemba: I'm still guiding on the mountain, and [I] keep climbing. But I never climb above 1,000 meters altitude after 2008.

On why he told this story

Ryan: You know, initially, it was to try and redress some of the — it wasn't [that] the media reported wrong, it's just the nature of 24/7 rolling news, I guess. It was a big story. They got to speak to the climbers who had been airlifted out. By the time Pemba came to Islamabad, it was like seven or eight days later; the world had moved on, the media had moved on.

And as a non-climber I was drawn to that statistic that for every four people who stood on the summit of K2, one had died trying. And I kind of wanted to get into the mindset of why somebody would take, you know, worse odds than Russian roulette to climb a mountain.