Accessibility links
The Women Of HAIM On Starting Young NPR's Rachel Martin talks with Este, Alana and Danielle Haim about the hype surrounding their recently released album and the musical influence of their parents. 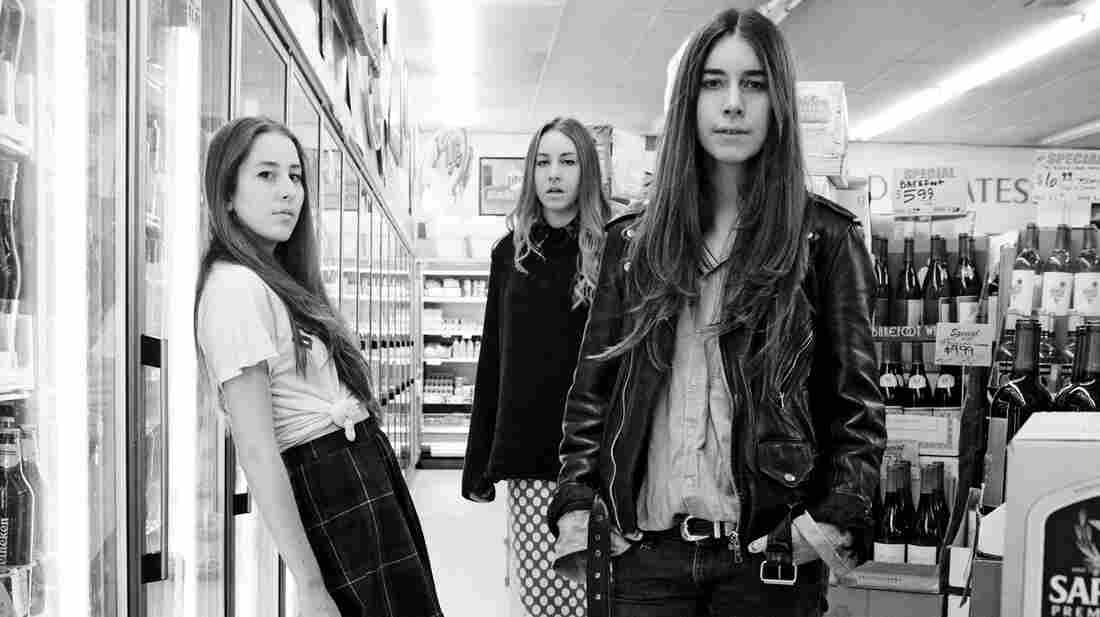 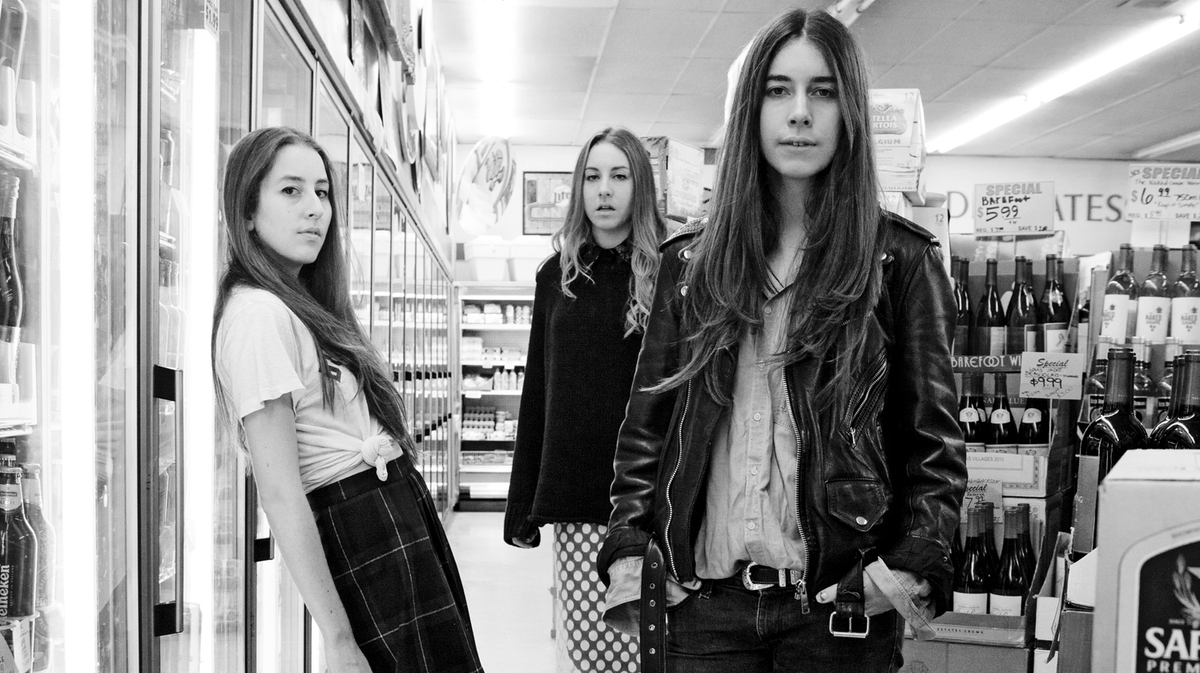 Bella Lieberberg/Courtesy of the artist

Days Are Gone, the debut of the California sibling act HAIM, has been pegged for months as one of the year's most anticipated releases and was finally released this week. But before Este, Alana and Danielle Haim formed their current musical trio, they were in another group — with their parents. Under the name Rockinhaim, the sisters performed covers of classic rock songs alongside their parents. Danielle Haim says their musical indoctrination began early on.

Hear HAIM's 'Days Are Gone' In Its Entirety

"When I was around 3 years old, my dad put me on the drums. He kind of put all of us on the drums and taught us very [rudimentary] rhythms. We all took to it really well. Once we got a little older, my mom brought out her acoustic guitar and would teach us kind of simplified Joni Mitchell songs and Beatles songs," Danielle Haim says. "We grew up in L.A., and all you kind of do in L.A. is just spend your whole day in the car, driving from place to place. My parents would always put on the radio full blast and we'd listen to different stations and different types of music. They were just big music lovers, so I think that kind of seeped into our brains."

Click the audio link to hear NPR's Rachel Martin talk with the Haim sisters about the hype, their unique childhood band and, of course, the music.