Accessibility links
Watch: Pearl Jam In Conversation With Judd Apatow One of the world's biggest rock bands sits down with one of the most powerful men in Hollywood. Watch this 50-minute interview — conducted and directed by Apatow — in advance of Pearl Jam's new album, Lightning Bolt.

When you operate within the pop world — that is, the world in which whatever you make becomes a cultural commodity (i.e. you record a song, it gets played on the radio and various hands exchange money) — you have to engage with the process of generating hype. It's a given, no matter how carefully made your work or how pure your intentions. Some people are in the thick of hype, but let's put thoughts of today's provocateurs aside for a moment. Instead, it's interesting to think about how artists who've had the machine spin around them a few times choose to play the game, or change it.

Pearl Jam has built one of the most powerful self-sustaining communities in rock, anchored in a fan club that's transformed over the decades into its own social media sphere. As an artistic endeavor, Pearl Jam has become a home base for five men who pursue very divergent interests (check these recent solo projects and other bands) that then feed the collaboration that reunites them. The band decided early on that touring would be its sustenance — powerful forethought predating the era of the free download. And it still makes excellent recordings that refresh the band's creativity. The newest, the lean and robust Lightning Bolt, comes out October 15 and is currently streaming on iTunes.

To promote this release, Pearl Jam came up with a new way to do what it must within pop's hype cycle. In four interviews with friends who have all experienced the privilege and pressure of being creative in public – athletes Mark Richards and Steve Gleason, fellow rocker-turned-Renaissance woman Carrie Brownstein and producer Judd Apatow (whose interview NPR Music debuts in full on this page) – the guys converse, individually and in various combinations, about what actually concerns them: Songwriting. Enduring inspirations. Playing music together. Life on the road and at home with their families. Giving each other respect and space.

The band's not doing any other press to promote Lightning Bolt. 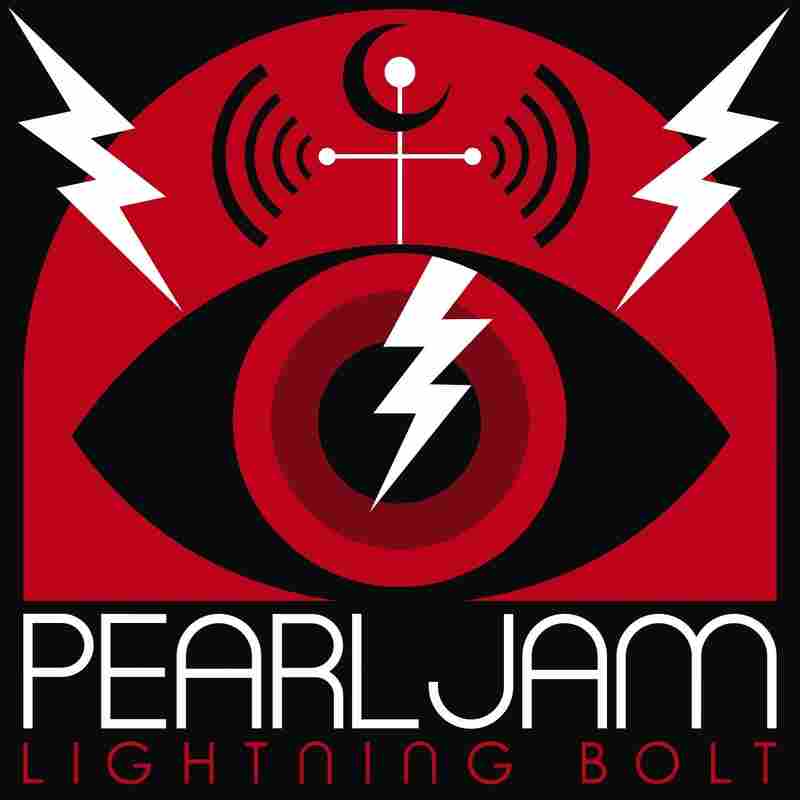 It's a pleasure to watch these interviews, which were both conducted and directed by Apatow. Throughout the conversations, a full portrait of Pearl Jam at 26 emerges. Guitarist Stone Gossard's words on "digging in" get to the heart of what it's like to be in a long-standing working unit. Bassist Jeff Ament's joy in playing with his mates shines through his enthusiastic responses. Matt Cameron, the band's drummer, shows his acerbic cool. Mike McCready talks about the meticulousness with which he still approaches his guitar solos. And Eddie Vedder , philosophical as always, hones in on how he keeps making Pearl Jam new for himself and for the band's loyal fan base.

The back-and-forth with Apatow also allows for a glimpse inside this beloved Hollywood comedy director's own life of ideas. He relates how coming to Hollywood made him feel like less of a freak-and-geek; what album meant the world to him as his parents were divorcing; how he tests out scenes from his movies by showing rough cuts to friends, listening for when they laugh, asking them for notes and then tossing half of their suggestions (he mentions his and the band's mutual pal, Cameron Crowe). Several different encounters are edited into this 50-minute Apatow production, but it feels like one rambling talkfest, with revelations bubbling up the way they do during any evening with pals.

Since 50 minutes is a long time in our attention-addled world – and since it does take the director a few minutes, here and there, to find his groove as a music journalist (hey, lay off, buddy, we need the work!) – we've provided a guide to Pearl Jam In Conversation With Judd Apatow below. Time stamps show you where highlights surface. It's really worth watching the thing in its entirety, though, not only for the insights it presents, but simply for the pleasure of hearing artists talk, naturally.

A Viewer's Guide To Pearl Jam In Conversation With Judd Apatow