Accessibility links
Supreme Court Hears Another Challenge To Campaign Finance Law Three years after the landmark Citizens United decision, the justices will hear a case that could undercut most of the remaining rules that limit big money in politics. Before the court on Tuesday is a challenge to the aggregate limits on contributions to candidates and political parties. 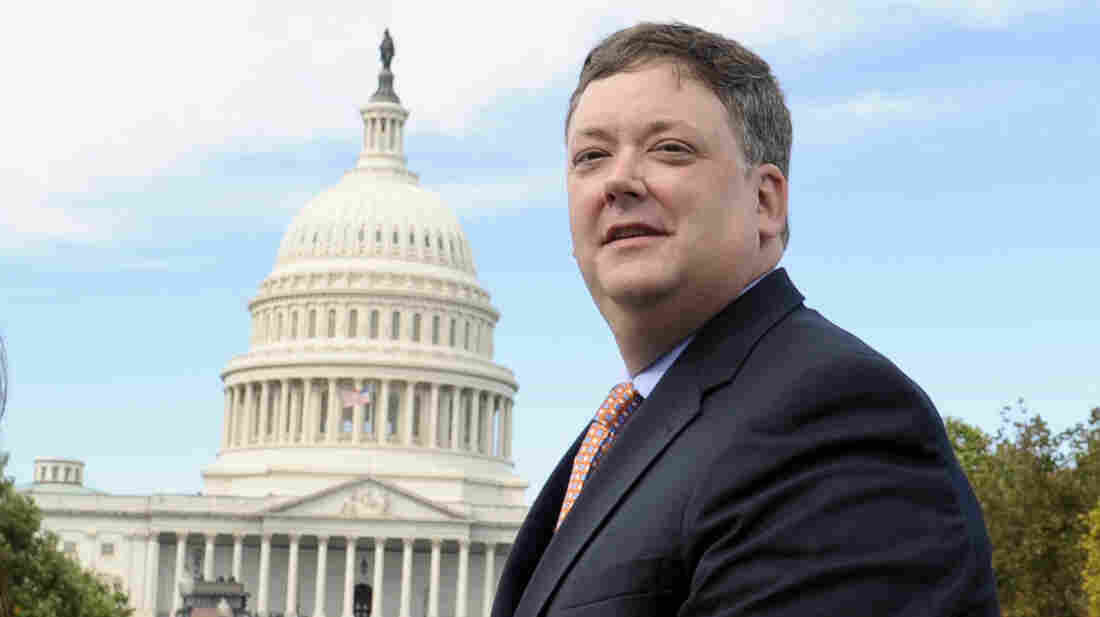 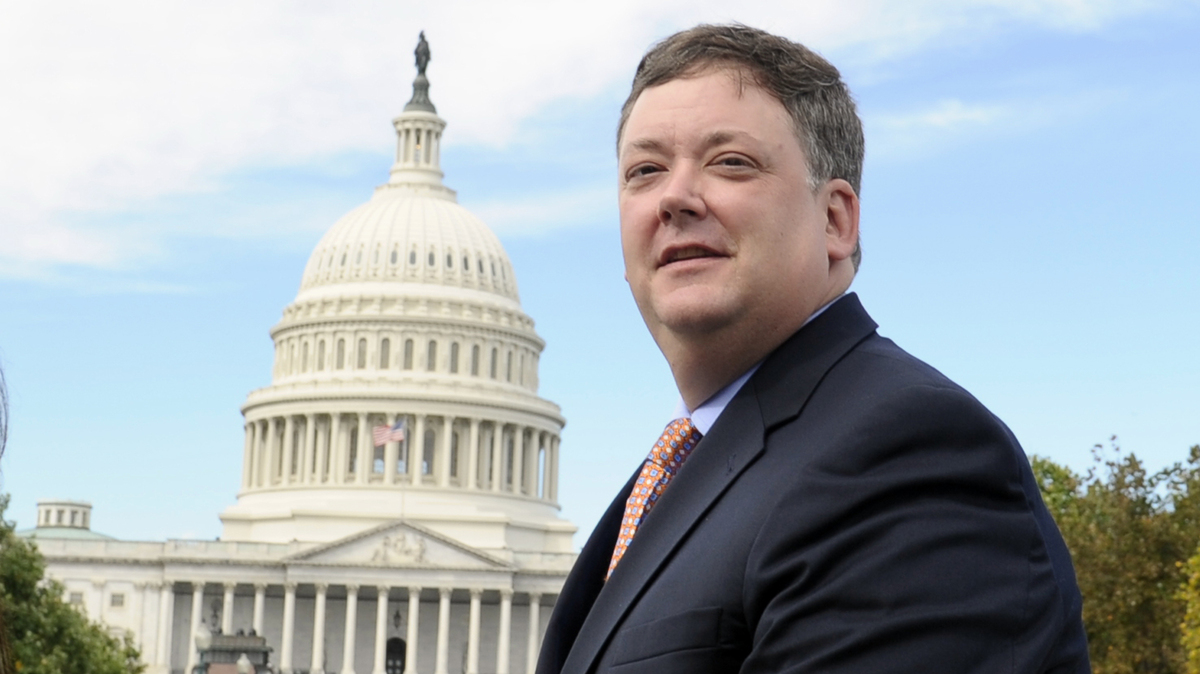 Shaun McCutcheon is challenging the aggregate limits on contributions to political candidates and parties.

The U.S. Supreme Court returns to the campaign finance fray on Tuesday, hearing arguments in a case that could undercut most of the remaining rules that limit big money in politics.

It's been three years since the court's landmark Citizens United ruling, which let loose a new flood of campaign cash into the political process. In that 2010 case, a narrow conservative court majority upset a century-long legal understanding and declared for the first time that corporations are people entitled to spend unlimited amounts on candidate elections. Those independent expenditure limitations were one pillar of the campaign finance law.

As he said in an interview with NPR, "It's just that sometimes it's more advantageous for the donor to donate directly to the campaign."

Just What Do The Limits Prevent?

That advantage is at the heart of the issue before the Supreme Court on Tuesday. In 1974, in the wake of the Watergate scandal, Congress enacted the laws that still form the basic structure for campaign finance regulations. Part of that structure is the aggregate cap, which is intended to prevent circumventing limits on the amount that single donors can pour into campaigns.

The Supreme Court upheld an earlier version of the caps in 1976, and since then it has drawn a consistent line between expenditure limits on the one hand and contribution limits on the other. The distinction is based on the notion that large contributions to candidates pose the threat of "the actuality" and the "appearance" of corruption.

Despite Shutdown, Supreme Court Opens Its Doors For New Term

But McCutcheon says all he wants to do is give to more candidates and party groups. "What the aggregate limits do is not limit how much you can give to a particular candidate, but limit how many candidates you can support in an effective way," says James Bopp, McCutcheon's lawyer.

Not so, say defenders of the aggregate limits. Without the aggregate caps, a single wealthy donor could give the current $5,200 maximum in a two-year cycle to all 468 of a party's House and Senate candidates, for a grand total of nearly $2.5 million. The same individual could also give about $1.2 million more per election cycle to the national and state party committees. And that doesn't even account for the $5,000 contributions to other political action committees.

Attorney Fred Wertheimer has helped write every campaign finance reform law since 1974. He observes that in the modern political world, members of Congress can and do set up joint fundraising committees that in turn funnel money to candidates.

Without the aggregate limits, "the speaker of the House or the Democratic leader of the House could go to Mr. McCutcheon and ask him for a check for well over $2 million," says Wertheimer, "and it is that relationship — that $2 million solicited by a powerful officeholder and given by a donor — that creates the corruption relationship that the court says Congress can prohibit."

That's "just a scare tactic," replies Bopp. "They can't point to a single instance where this has ever happened. That tells you that this is just rank speculation."

Speculation or not, the fact is that soliciting or giving such aggregate amounts has been illegal for almost 40 years. And if the aggregate caps are invalidated, the next challenge almost certainly would be to the current limits on individual contributions to candidates — $2,600 to each candidate per election.

In the 2012 election cycle, approximately 1,700 donors bumped up against the aggregate limit of about $123,000. Those individuals, and others, would likely be willing to give more.

The issue has divided the parties, with Democrats generally supporting contribution limits, and Republicans against. Indeed, McCutcheon's Republican allies in this case, the Republican National Committee and Senate Republican leader Mitch McConnell, are asking the Supreme Court to adopt a standard that very likely would invalidate all contribution limits right now, not just aggregate caps.

They maintain that contribution limits distort the political process by, in essence, forcing donors to give large amounts of money to outside political groups, instead of directly to the candidates these donors would prefer to support if there were no limits.

What is needed in the modern political system, argues lawyer Bopp, is more money, not less. The public doesn't "even know who their congressman is or their senator is or ... who the vice president is. That means not enough money is being spent on politics" to inform the public, he contends.

That's a proposition that is hotly disputed.

Wertheimer notes that in the 2012 election, the parties and candidates raised $5.2 billion, almost all of it under the existing limits. Increasingly, congressional and presidential races are funded by the top 1 percent of the wealthiest Americans, according to the nonpartisan Sunlight Foundation. The system, Wertheimer says caustically, is "hardly starving" for money, but it is at a critical juncture in another sense.

"The stakes in this case are enormous," he says. "If this court were to strike down the aggregate limits ... it would create a new system of legalized bribery, which we haven't seen for decades." And if the court were to strike down contribution limits in general, he adds, "we're back in the 1870s in terms of the ability of political money to buy and own our officeholders."

Harvard Law professor Lawrence Lessig argues in a friend-of-the-court brief that the Founding Fathers, in writing the Constitution, were most worried about just this sort of "institutional corruption." They had experienced the king's corruption of the British Parliament with money and favors, and they didn't want the same thing happening in the United States.

That view, however, may be a tough sell at the U.S. Supreme Court. The court, albeit it by 5-to-4 majorities, has reversed its approach to campaign finance cases in recent years. The only two justices on the modern court who also served in elected office — Sandra Day O'Connor and David Souter — are retired now. They and other justices who supported limits on political money have been replaced by justices who see the issue instead as a question of free speech.