Accessibility links
Interview: Bill Minutaglio, Co-Author Of 'Dallas 1963' Bill Minutaglio and Steven L. Davis have written a portrait of the city that saw John F. Kennedy's death firsthand. In those years, they say, Dallas was a roiling stew of superpatriotism and Communist paranoia — and, above all, distrust of the president. 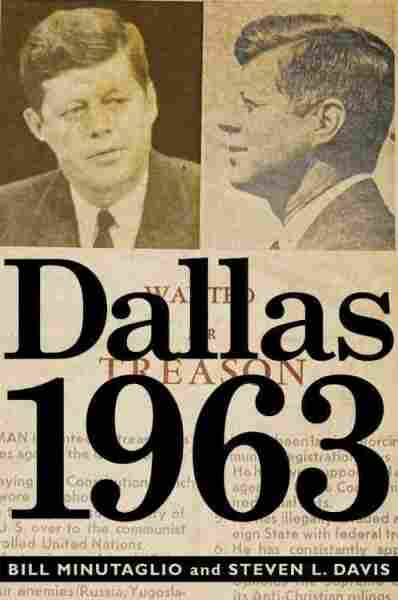 Nearly half a century later, the date remains difficult for many to forget: Nov. 22, 1963, the day John F. Kennedy was assassinated. In grainy photographs and countless conspiracy theories, the day endures in our collective memory. What often gets submerged in these images and reports, though, is the story of the place that hosted Kennedy on that day, the city that saw his death firsthand: Dallas.

Here's where Bill Minutaglio and Steven L. Davis step in. In a new history, Dallas 1963, they explore the city in the years leading up to the assassination — and they describe an angry place, a stew of superpatriotism fueled by anti-Communist paranoia, fierce racism and anti-Semitism.

Minutaglio speaks with NPR's Melissa Block about the "civic hysteria" that kept Dallas churning until Kennedy's death and the infamy that continues to dog it decades later.

It was an amazing confederacy. People were lured to Dallas, they were marching to Dallas. There was just this rising sense of anger and distrust toward Kennedy, toward perceived socialism, religion. People feared him as a Catholic.

I found that Dallas became really one of the most singular cities on planet Earth. For some reason out in the heartland in the middle of Texas, really powerful people coalesced around this notion that Kennedy was a traitor and in fact was guilty of treason. And these weren't just folks who were idly thinking these thoughts; they were acting on them and forming organizations and movements to essentially overthrow Kennedy ...

These were the city fathers from every perspective, the leading preachers in town, the leading businessmen, the leading elected officials — the people who held the microphones, in a sense, on broadcast and in print media. So, it was folks who lived above the cloud line, who really were the citizen-kings of the city.

On how desegregation lent the city a sense of unrest

Dallas remained the largest American city to yet integrate its public schools. And what welled up in the story was the sense of unease and distrust, and yet some really heroic elements. There are figures in our book who really worked against these powerful citizen-kings. [They] were brave enough to invite Martin Luther King to the city. 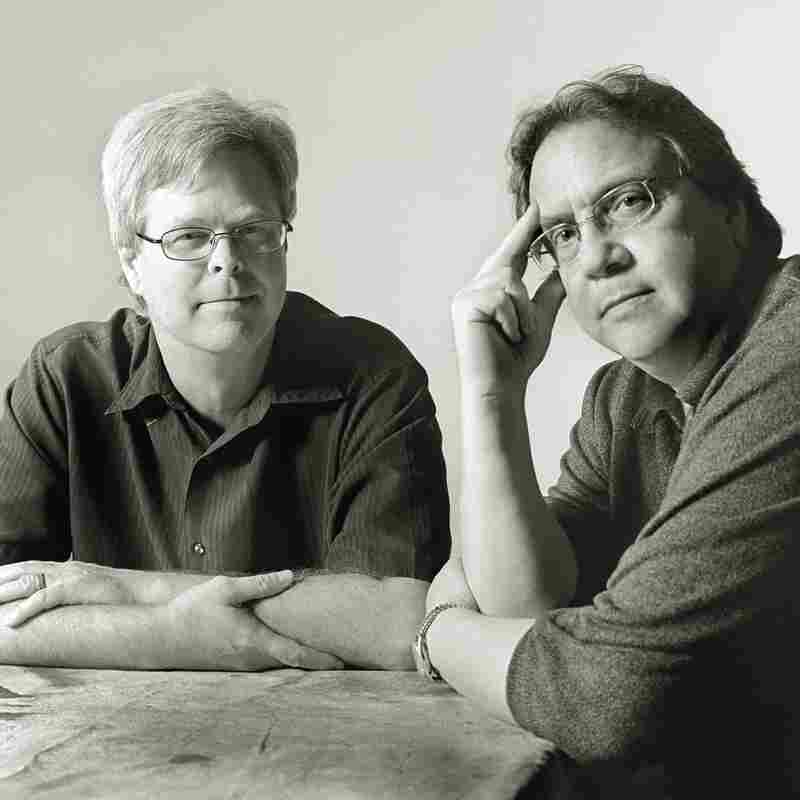 Steven L. Davis and Bill Minutaglio, co-authors of Dallas 1963. Minutaglio is a professor at the University of Texas at Austin. His work has appeared in The New York Times, Esquire and Newsweek. Courtesy of Twelve/Hachette Book Group hide caption 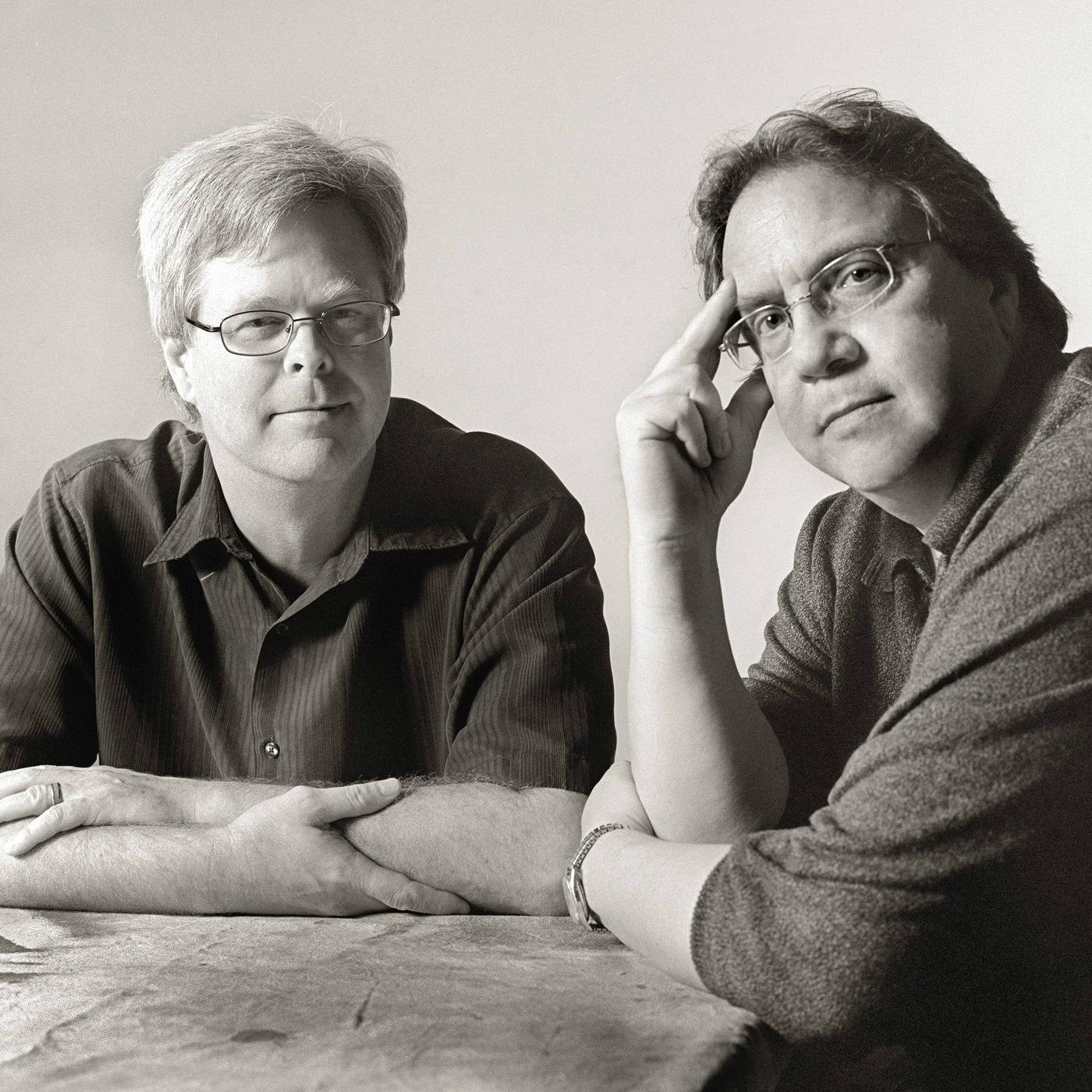 Steven L. Davis and Bill Minutaglio, co-authors of Dallas 1963. Minutaglio is a professor at the University of Texas at Austin. His work has appeared in The New York Times, Esquire and Newsweek.

Emblematic of the sense of hatred and distrust in the city, there was a bomb threat lodged against King, who came to speak in Dallas just a few months before Kennedy got there.

On the Mink Coat Mob Riot, a notorious confrontation between Lyndon Baines Johnson and a group of Dallas protesters four days before the 1960 presidential election

It was an amazing scene and one that's been exiled to the corners of history. It's really something we need to be mindful of. LBJ and Ladybird Johnson were attacked by a mob of Dallas' leading citizens during a campaign stop in downtown Dallas. In the lobbies of the two finest hotels in Dallas, it was a melee: people swinging signs at them, they were spitting at them, people were pulling hat pins out of their hats and trying to stab people. It became known as the Mink Coat Mob Riot ...

Some historians say that folks then voted for LBJ and Kennedy in sympathy and that put them both in the White House. The very thing that people in Dallas, some people in Dallas in this Mink Coat Mob — the finest citizens in the city — did not want to have happen.

On the nature of the Mink Coat Mob

It's those scary moments when you see a face coiled in rage. You see behind [LBJ] these faces twisted in anger and hate. Then, again, almost the unlikely nature [of the mob]: You look at the full frame and these are people who are dressed literally in mink coats, suits, ties, people taking a break for lunch during their business endeavors. It really looks like society unhinged. Something's gone horribly, horribly awry in Dallas.

Dallas had just simply become, in an almost initially unlikely way, the headquarters of the anti-Kennedy, 'Let's overthrow Kennedy' movement. He was perceived to be a traitor. He was a socialist, he was on bended knee to so many different entities — communism, socialism and even the pope.

Dallas happened to have among the largest Baptist congregations in America. It had a really powerful preacher there that felt that if Kennedy was elected president, then the pope would essentially be running things in the United States, and he preached that.

JFK and his advisers were very concerned. They were doing very good reconnaissance. They knew that, as an example, going into Dallas, they were going to be on the home turf of the local newspaper publisher — a man named Ted Dealey — of the Dallas Morning News, who a few years earlier had flown to the White House to directly confront President Kennedy ... essentially jabbing his finger in the chest of the president and telling him, 'You're just like a little girl, you're just like your daughter Carolyn riding a tricycle. You're weak-willed.'

Kennedy told Jacqueline en route to Dallas — he said, 'Be prepared, we're headed into nut country.' It was almost his jocular way of saying, be wary, be careful, be mindful of the fact that we've been warned about Dallas. It is the bastion of resistance to us, what we stand for in America.

On Lee Harvey Oswald, Kennedy's alleged assassin, and his relationship to Dallas

Oswald was living in this hothouse environment, this overheated, increasingly vitriolic environment. Most people who have studied Oswald have suggested he was somewhat of a malleable figure and an impressionable figure, and someone who wanted to make a statement. He wanted to be taken seriously in some way.

I believe now, as we look at him, that he had to be shaped by his environment, had to be shaped by this almost civic hysteria in Dallas. It was just perfect for someone like Lee Harvey Oswald to well up and become, as he perceived himself, an agent of change.

The assassination is in the marrow, it's in the DNA of the city. It's never gone away. It's also a little bit like smoke; it's hard to wrap your hands around it. It's just, it's there with you. As people traveled from Dallas in the weeks and months and even years after the assassination, many of them were vilified. Many people took to lying and saying — when asked, 'Where are you from?' — they'd say, 'We're from Houston,' or another state.

A few years ago, I was traveling in Moscow and working on some journalism, and I met some people there. I just met them on an elevator, and we had a conversation. And I said, "I'm from Dallas, Texas." The people on the elevator with me raised their fingers up in the form of a gun, index finger and thumb pointed out, and then fired that — you know, mock-firing a gun. And they said, "Kennedy, Kennedy, Kennedy." And that was many, many years after it happened, far across the globe, far away from Dallas. I think it still haunts the city in some way.

Read an excerpt of Dallas 1963