Accessibility links
Book Review: 'Love Is The Law,' By Nick Mamatas Nick Mamatas' new Love Is the Law is a mashup of black magic, paranoia, politics and teenage alienation. It's the story of punk-rock girl Dawn, who untangles a web of mysteries while investigating the murder of her mentor. Reviewer Jason Heller calls it a "shambolic free-for-all of esoterica" that "rings profanely and profoundly."

Crowley Meets Crime Novel In 'Love Is The Law'

Crowley Meets Crime Novel In 'Love Is The Law' 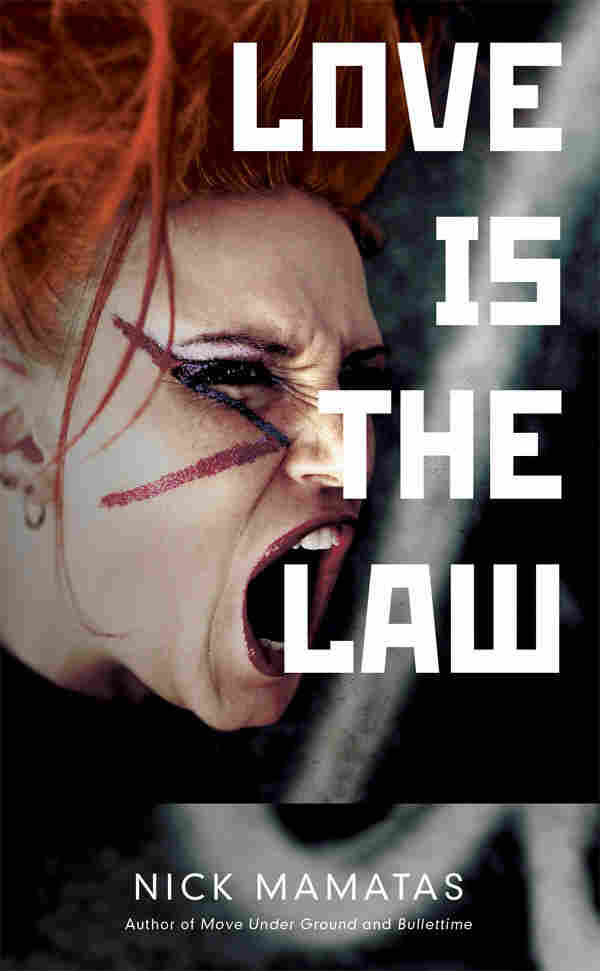 Love Is the Law

"There are no coincidences," Dawn Seliger says repeatedly throughout Nick Mamatas' new novel, Love Is the Law. She's not just philosophizing. She's chanting. In the book, Dawn is a teenage punk and aspiring magician who haunts late-'80s Long Island, stewing in her own adolescent alienation, rebellion and precocity. That is, until Bernstein, her middle-aged mentor and lover (although she denies that he's either) winds up dead from a bullet in the skull.

Then, in classic crime-fic mode, Dawn embarks on a quest to discover who killed him. As she begins unraveling a web of connections and conspiracies that involve everything from Bernstein's mysterious past (he'd been a faded '60s radical and occasional ceremonial magician) to her own deadbeat, crackhead dad, Dawn's chant about coincidence sounds less like an exposé of the hidden order of things and more like a prayer against encroaching chaos — her own version of "There's no place like home."

That said, Dawn doesn't have much of a home herself. She lives with her dementia-stricken grandmother. She haunts bookstores and the backyards of former schoolmates. A font of occult factoids and sociopolitical insight, she's wise and learned far beyond her years — sometimes seeming more like a mouthpiece for the author than any imaginable 18-year-old. But her intellectual discipline, like her punky hair and hardcore listening habits, are just another shell, a shield she erects to keep her inner, feral child at bay.

As Dawn's ad hoc investigation deepens, so does the book's scope. This isn't your average, young-adult detective yarn; the sexuality is provocative and raw, just this side of prurient. The concepts come fast, thick and tangled. And Dawn's first-person narrative frequently strays into frantic cloud-gathering about the nature of magic and mankind. Mamatas makes it work beautifully, though, by giving Dawn a savage yet sympathetic voice that never once strays into disharmony. This is, after all, a young woman who believes that spells really work — and that belief isn't exactly proven or disproven throughout the story, but treated with an ambiguity as harrowing and achingly human as Dawn's morality, sexual and otherwise.

Nick Mamatas' first full-length novel, Move Under Ground, was nominated for both the Bram Stoker Award and the International Horror Guild Award for Best First Novel in 2005. Courtesy of Dark Horse hide caption

But where Mamatas especially shines is in the integrity of his themes. What seems at first to be a random patchwork coalesces into a grand, mad pattern — nothing less than the secret history of the modern world, one that feels far less absurd given the vicissitudes of history over the past 25 years. Dozens of concepts are tossed into the mix — Satanism, Trotskyism, Objectivism, Women's Liberation, Glasnost — but they're viewed through the cold, cruel eyes of Dawn, who treats the whole of 20th century thought as a corpse to be dissected.

Accordingly, Mamatas makes a Frankenstein's monster out of the detritus of the modern age, a shambolic free-for-all of esoterica — from sex magic to the films of Maya Deren — that recalls the comics of Alan Moore and Grant Morrison. Some of the scenes even take place in a comic shop. But Love Is the Law never dips into cartoonishness, even when the going gets outlandish — up to and including basement concerts by a ritualistic, avant-garde band called Abyssal Eyeballs. (The band members don't dress up as giant, unblinking orbs, and the name is explained as a Nietzsche reference, but the allusion to The Residents doesn't feel like an accident.)

Then again, accidents — comic and tragic, poignant and grotesque — are what Love Is the Law thrives on. A suburban fantasy in the tradition of grand urban fantasists like Emma Bull and Elizabeth Hand, the book rings profanely and profoundly. And it does so in a blitzkrieg of tightly riffed prose. When it hits a fever pitch of paranoia and postmodern ideology-mashing, it's Umberto Eco's Foucault's Pendulum boiled down to a minute-and-a-half hardcore song. In the midst of Love Is the Law's concentrated, crisscrossed sprawl, one thing remains certain: The similarity between the magic spells that Dawn casts and the controlled anarchy that Mamatas plots is anything but coincidence.

Read an excerpt of Love Is the Law