Accessibility links
From Child Actor To Artist: Radcliffe Reflects On Post-Potter Life Since wrapping up the last Harry Potter film, Daniel Radcliffe has taken on roles you may not have expected from the former boy wizard. He tells Fresh Air that starting his acting career so young gave him a sense of purpose he wasn't finding in the British school system, and he hasn't looked back since. 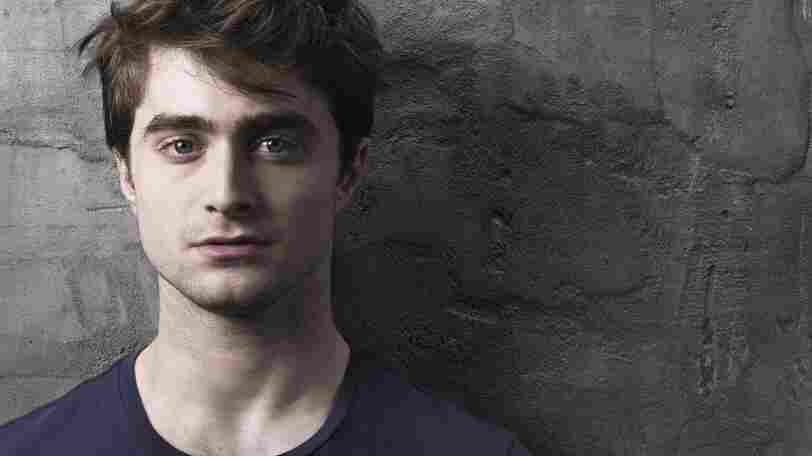 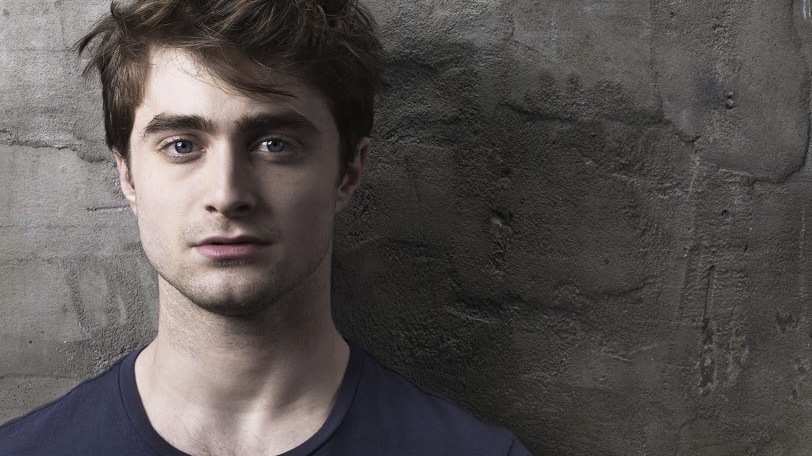 Many child stars find themselves washed up by the time they reach adulthood, but Daniel Radcliffe's career is going strong — and that's no accident.

"There is never a moment's doubt in my mind that this is what I want to do," he tells Fresh Air's Terry Gross. "If I die on a film set when I'm 80, I'll be happy with that."

Since wrapping up the last Harry Potter film, Radcliffe has taken on roles you may not have expected from the former boy wizard: He starred onstage in Equus, in which he appeared nude; he sang and danced in a Broadway revival of How to Succeed in Business Without Really Trying; he co-stars in the new TV series A Young Doctor's Notebook, in which Mad Men's Jon Hamm plays a morphine-addicted doctor and Radcliffe plays the doctor's younger self; and he stars as poet Allen Ginsberg in the new movie Kill Your Darlings, set in 1944, when Ginsberg was a freshman at Columbia University. 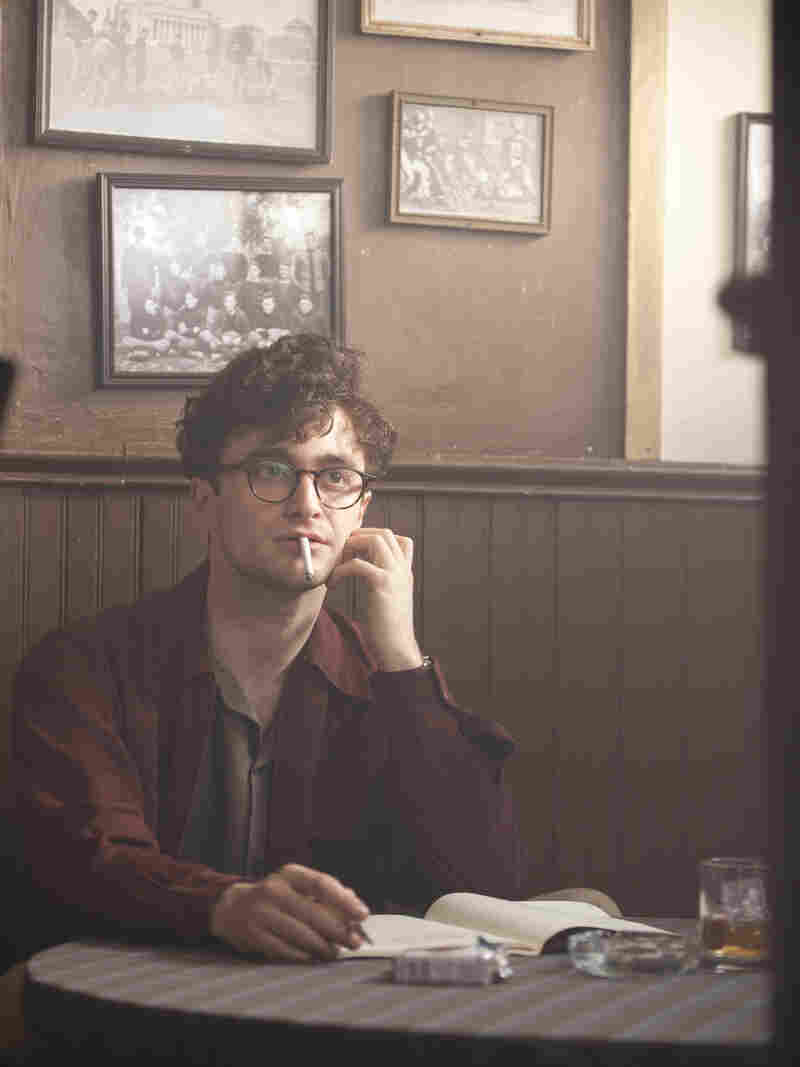 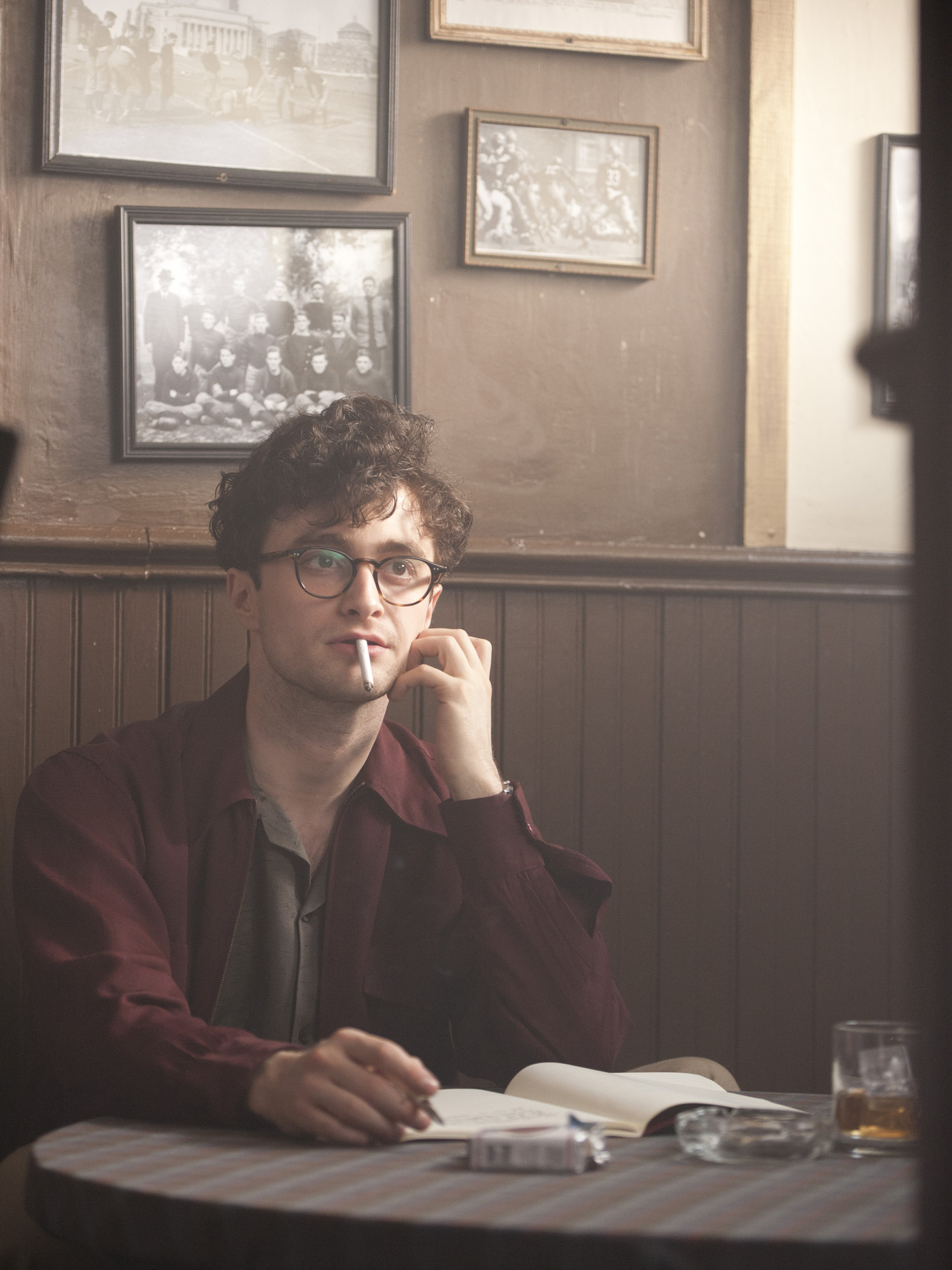 Radcliffe plays Allen Ginsberg in the new film Kill Your Darlings, about Ginsberg's friendship with Jack Kerouac — and his entanglement with literary provocateur Lucien Carr.

On why director John Krokidas chose him to play Ginsberg

He saw something in Allen's situation in life — which was that of somebody trying to figure out who they are creatively — and he saw, I think, a parallel of that in my life, as somebody who had come out of one thing, obviously Potter, which I'm very known for ... and trying to establish myself outside of that.

Also, John and I are aware that most people in any kind of creative industry generally, I think, have an operating system that runs between the extremes of self-doubt or anxiety, and ambition, and that's definitely something Allen has. And I think that's something I probably have in common with him.

On being tutored on the set of Harry Potter

I pretty much left full-time, formal education when I was 11, so that was when I was taken out of the school system. ... The longest stretch I would go back for was a term and a half when I was about 14. And then other than that I would really just go back for exams, and it wasn't something I looked forward to. I was so happy on set ... that I really didn't love going back to school.

I was not very academic as a child when I was at school — not bottom of the class, but not far off it either. [I] found concentrating very hard, all of that stuff you always hear. And being tutored one-to-one on set was just fantastic.

Also, I'm a very hyperactive person, so if you tell me to sit still and shut up and learn and take information, it's not going to happen. I take things in better when I'm allowed to talk, and respond, and engage and move around a bit.

On breaking into musical theater

I think if you walk on with a good attitude, enthusiastic and happy to be doing what you're doing, hopefully that helps engender a better atmosphere.

Both of my parents have been actors; there were a lot of show tunes on in the car all of the time. I grew up with that. I honestly didn't think [singing] would be something for a lot longer in my career, but when the opportunity came up to do it [in How to Succeed in Business Without Really Trying] I thought, "Oh, well, why not?" It seemed like such a mad challenge to take on.

The singing was something I had more confidence in because I've always loved singing, and I've always done it around the house. Actually, [in] the first scene of Equus, my character comes on ... and he only sings advertising jingles. ... And when I first started doing Equus, I constantly was screwing up the tune. ... So they sent me to a singing teacher just so I could learn the tune. And then I really got on with my singing teacher ... and I've been going to him ever since.

On his parents' hesitance at letting him play Harry Potter

Both my mom and my dad had not had very great experiences as actors, and when I was initially asked to audition for Harry, they both said no. And I didn't have any knowledge of this at this point — obviously they kept me pretty out of it, rightly so. But they said no, because at that time the deal was that we'd have to sign on for seven films, and they'd all be made in America, and they just said, "No, that will be too big of a shift to his life. That's not going to happen."

And so months later, when the deal had changed, and ... we only had to sign on for two, and they'd both be filmed in the U.K. — I think [with that], coupled with the fact that I was really not having a great time at school, they thought, "Maybe we should let him audition." And then everything went from there.

On what he learned from the veterans on the Potter set

The most important thing I learned during Potter from a lot of those actors was just how to be on set. ... Because there were some people that handle themselves so brilliantly that they make everybody's day better by the way they conduct themselves. Imelda Staunton, Gary Oldman, David Thewlis — they can lift a set with what they bring to it. And I think watching that really made an impression at a young age and gave [me] a sense of the responsibility you have if you're a lead actor on a film. Because I don't think a lot of actors take that responsibility very seriously.

As a lead actor on a film, you have the opportunity to dramatically affect the course of the day, because if you come on set with a terrible attitude then everyone else immediately sees that, and if you don't want to be there, why should they want to be there? I think if you walk on with a good attitude, enthusiastic and happy to be doing what you're doing, hopefully that helps engender a better atmosphere.

On his sense of belonging in the film business

The British school system ... if you're not good at certain things, basically it makes you feel very, very mediocre and very average. To suddenly be taken out of that and put into a world where A) I felt like I belonged and B) my insane energy levels that I had, particularly as a kid ... were actually viewed as useful and people enjoyed that about me ... it gave me a purpose and sense of belonging and confidence that I doubt I ever would've had, had I not gotten into it when I did. So I want to do it for the rest of my life.