Accessibility links
Questions For Jo Baker, Author Of 'Longbourn' Jo Baker's Longbourn retells the events of Pride and Prejudice from the point of view of the servants. Baker tells NPR Books editor Petra Mayer that the predicament of the Bennet sisters is well-known, so she wanted to explore the situation of the servant girls with no father, home or dowry. 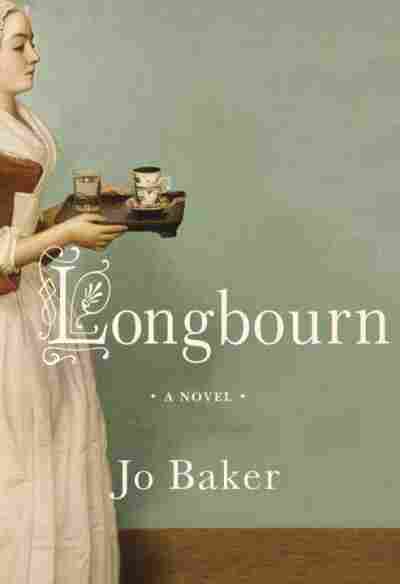 The world of Jane Austen — gracious country houses, empire-waist dresses, card parties and suppers and genteel raillery and a touch of social anxiety — is familiar literary ground. And no house is more familar and comforting than Longbourn, home to Elizabeth and Jane Bennet. But what goes on behind the scenes? Who irons those dresses and prepares those suppers? Writer Jo Baker's new novel, Longbourn, imagines the world below stairs: When clean dresses and food and shoe roses for the Netherfield ball appear like magic in Pride and Prejudice, it's because they've been prepared at great effort in Longbourn.

And it's usually Sarah the housemaid who prepares them. When first we meet her, Sarah is musing on the reality beneath that pretty muslin as she pumps up the laundry water in the predawn chill: "The young ladies might behave as if they were smooth and sealed as alabaster statues underneath their clothes," she thinks, "but then they would drop their soiled shifts on the bedchamber floor, to be whisked away and cleansed, and would thus reveal themselves to be the frail, leaking, forked bodily creatures that they really were."

In an email interview, Baker tells me that readers are already well-acquainted with the Bennet girls' predicament: "Though their father is a gentleman, they face an uncertain future: they only have a thousand pounds in the four percents, their home will revert to a cousin when their father dies; the pressure's on to marry well ... Yes, it's brutal. But what if you don't have a penny, let alone a thousand pounds; what if you don't even have a father, or a home to call your own. What if all you have to call your own is the dress that you stand up in, and the labour of your own two hands ... How uncertain is your future then?"

I don't think I'm spoiling too much here by saying that your Mr. Bennet is, frankly, kind of a jerk. And not the witty, ultimately loving jerk we're used to. Are you prepared for the reactions of readers who may not like your versions of the characters?

I wouldn't say 'jerk'. He's very partial, and very jaded, has a sour sense of humour. Actually I don't think I stray far from Austen's depiction — I just push it along a little further. I think we get a rather cozier version of him in the film and TV adaptations than we do in the novel itself. I think Austen shows his laziness as seriously problematic and neglectful: he should have taken Lydia in hand years ago.

With all the Austen characters in Longbourn, my intention was to take what was established in Pride and Prejudice, and just push the logic along a little further. We already know Mr. Bennet is unhappy in his marriage; Austen tells us that he finds some solace in laughing at his wife's inadequacies ... I just wanted to explore the origins of that mesalliance, and the ways in which it developed. 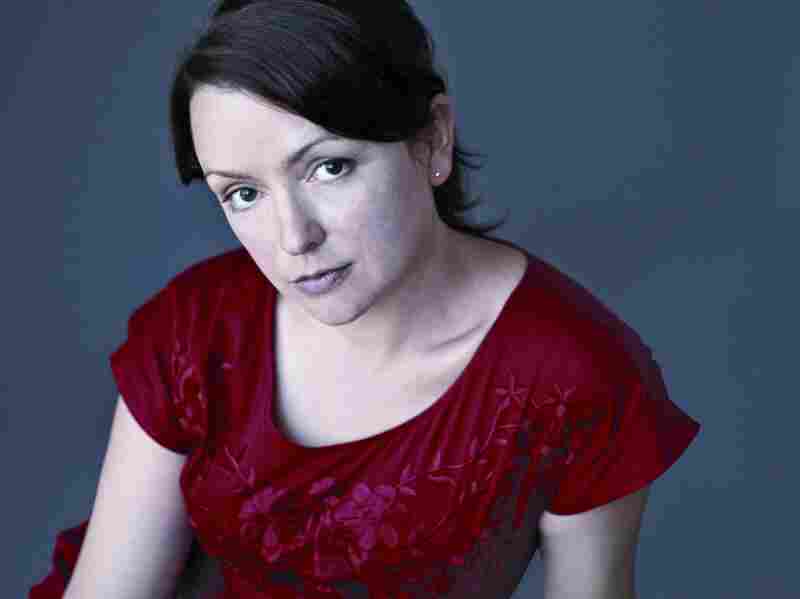 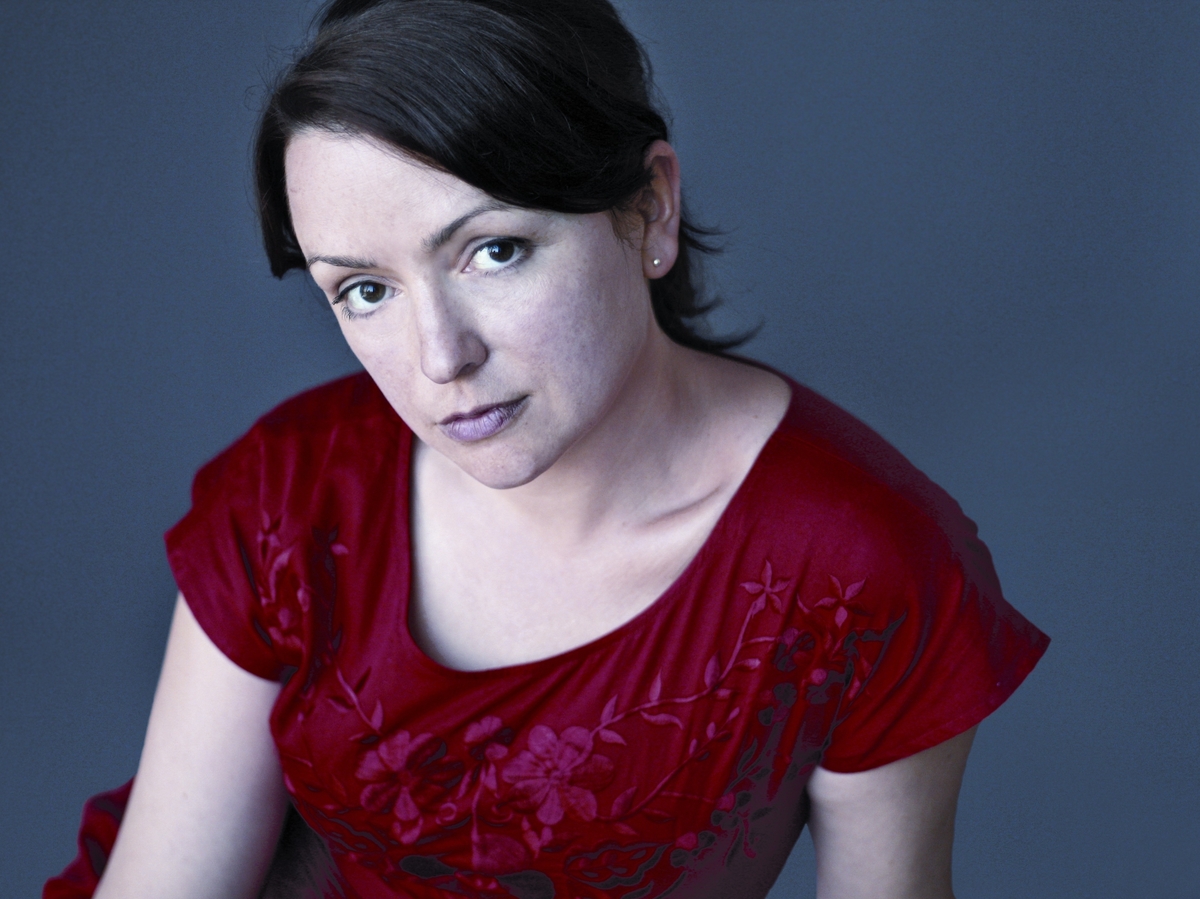 Jo Baker's previous books include The Undertow and her debut, Offcomer.

Re readers' responses: I don't know that I'm ever prepared for anything, to be perfectly honest. I just started a few hares running, and pursued them, and this is where I ended up.

Conversely, I didn't think anyone could make Mr. Collins sympathetic, but you manage it.

There's been a spate of Austen-inspired books over the past decade — hello, Pride and Prejudice and Zombies! It reminds me of nothing so much as fan fiction — that phenomenon that happens when people love a fictional world so much, they want to spend more time in it than the author allowed for. But it doesn't usually happen with literary fiction — why do you think Austen's world has such pull for authors? And what new thing do you bring to the table with Longbourn?

I think of Longbourn — if this is not too much of an aspiration — as being in the same tradition as Wide Sargasso Sea or Rosencrantz and Guildenstern Are Dead. It's a book that engages with Austen's novel in a similar way to Jean Rhys's response to Jane Eyre and Tom Stoppard's to Hamlet. I found something in the existing text that niggled me, that felt unresolved, and wanted to explore it further. That was the pull for me, that sense of unresolvedness* — I can't really speculate on what it was for other writers: I'm afraid I don't know the other fictions around Austen's work terribly well at all.

Finally, have you ever read Jonathan Swift's great (but filthy) poem The Lady's Dressing Room? I feel like I can draw a distinct line between Swift's sentiments and Sarah's in some of the more visceral chapters.

I have — though it wasn't particularly in my mind while writing. That poem is often read as misogynistic, but it seems to me that it's really to do with accepting the humanity of women in a culture that idealizes and fetishizes — and therefore dehumanizes — them. I'm not sure it ever occurred to Sarah to idealize anybody though — the humanity of men and women and children has always been far too apparent to her.

*The unresolvedness for me was to do with being a lifelong fan of Austen's work, but knowing that recent ancestors of mine had been in service. I loved her work, but I didn't quite belong in it — and I felt the need to explore that further.

Read an excerpt of Longbourn