Accessibility links
After Getting 'Plunked' On The Head, A Little Leaguer Makes A Comeback A young baseball player who gets hit by a fastball must find the courage to step back up to the plate. Michael Northrop, the author of Plunked, is no stranger to overcoming obstacles — he's dyslexic, and he says that learning to read was a real struggle when he was a kid: "I can't read fast. I can read carefully, though." 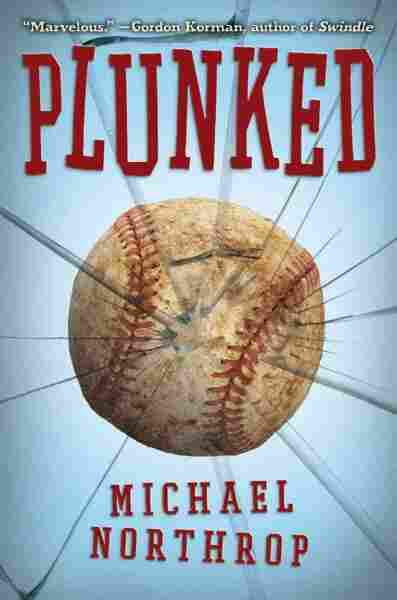 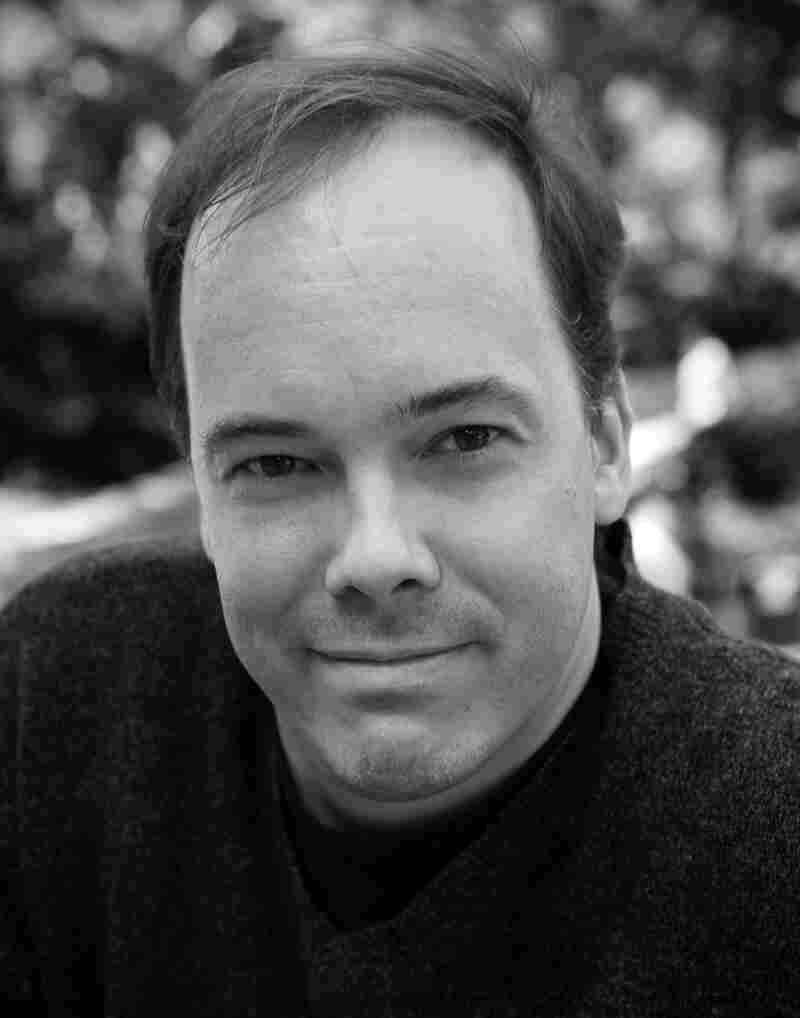 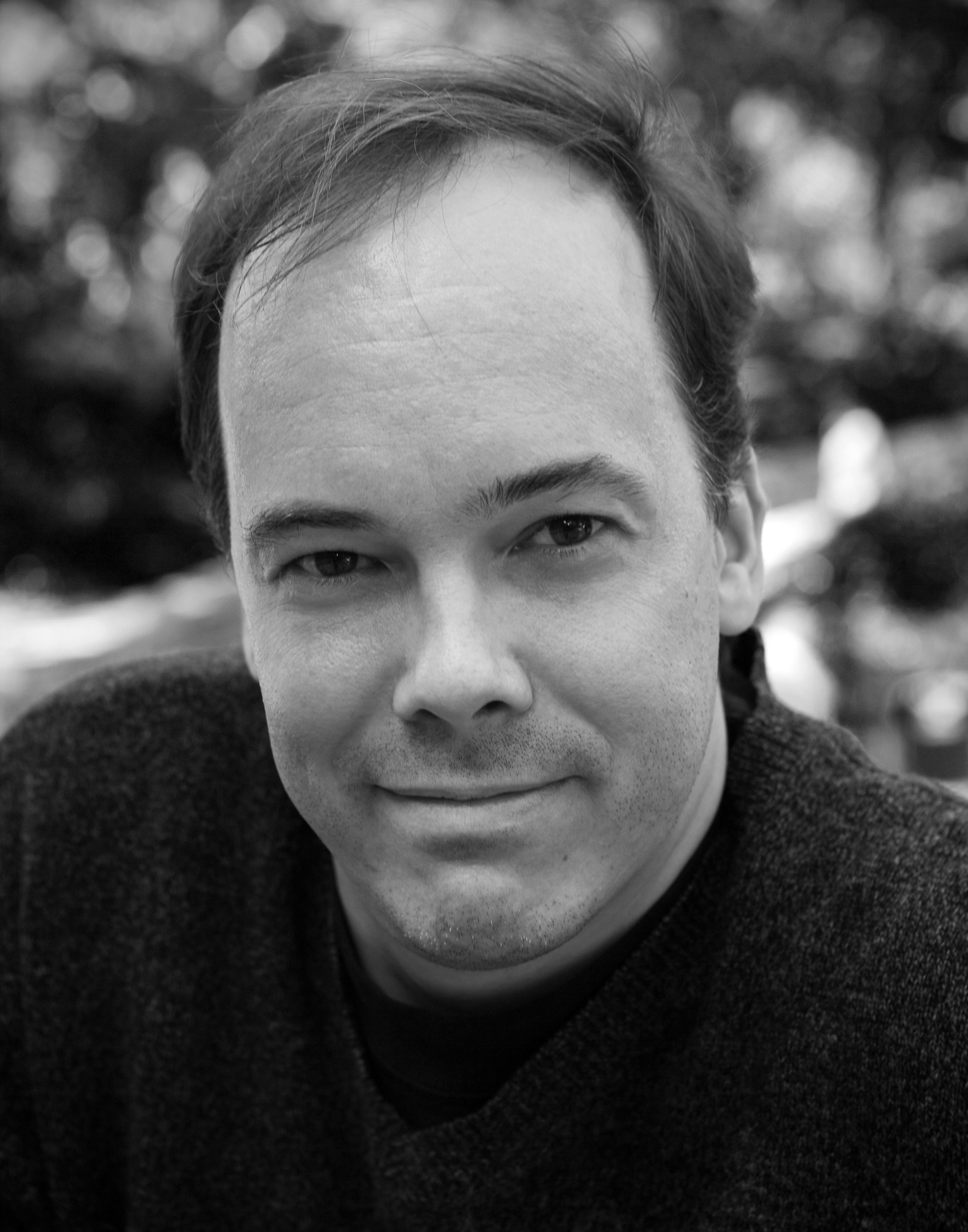 Michael Northrop is also the author of the young adult book Gentlemen.

In the 12 years that Michael Northrop spent working at Sports Illustrated Kids, he met excellent athletes who had a lot more going on in their lives than just sports.

"They were young athletes, but they were also kids, so I didn't want to forget about that," he tells NPR's Michele Norris.

So he wrote a book called Plunked, about a 12-year-old baseball player named Jack Mogens — and his life both on and off the field. The story begins at the outset of Jack's last year of Little League. During the first game of the season, Jack gets hit in the head with a fastball. Northrop says it's a comeback story, but not in the traditional sports sense.

"He loves baseball," Northrop says. "His world is sort of built around it — and that relationship is shaken and he needs to come to terms with that and try and sort of step back up to the plate."

On the way Jack collects baseball cards with his dad

That was a sort of proxy in a lot of ways for the role that tradition plays in baseball — it is probably the most tradition-bound [sport]. In the same way he could open a crisp new pack of cards at the start of every baseball season with his dad, it was a way to literalize the role baseball played in their lives. It was something they could both see, both touch, both have a strong connection to, and his dad had been doing this since before he came along and now he was doing it with his son. ... When he sees those cards later when he's really struggling, it's a touchstone for him. It's a way to remember the role that baseball played in his life.

On what Northrop liked to read when he was 10

I was a very reluctant reader early on. I'm dyslexic so I repeated second grade, and I spent that second year in second grade just reading and rereading the same few "Dick and Jane" books over and over again. I sort of had to slowly find things that worked for me in terms of reading. ... [At age 10] I had probably just begun to read the first Dungeons and Dragons books.

On the moment he decided to become a writer

There was a poetry contest in probably sixth grade. ...The thing about poetry if you're a very slow reader is that it's very short and so when we had to write things, I would write poetry. It's a lot less words and it rewards slow, careful reading, which is the only kind I'm capable of; I can't read fast. I can read carefully, though. And so that moment when I got a little manila certificate ... for first place in my grade for poetry was probably the moment when I started thinking: I could do this; I could be a writer.

Next up for the Backseat Book Club: In October, we turn to Roald Dahl — the only author to have three books on our Ultimate Backseat Bookshelf. Matilda is the story of an exceptionally gifted girl who outsmarts her cruel parents and the brutish school headmistress, Miss Trunchbull, with the help of her magical abilities and her kind teacher Miss Honey. With vivacious drawings by Quentin Blake, the story celebrates Matilda's love of books, and the joy they bring to her absurdly dark world. Please send us your questions about Matilda, or tweet your questions to @nprbackseat.

Read an excerpt of Plunked