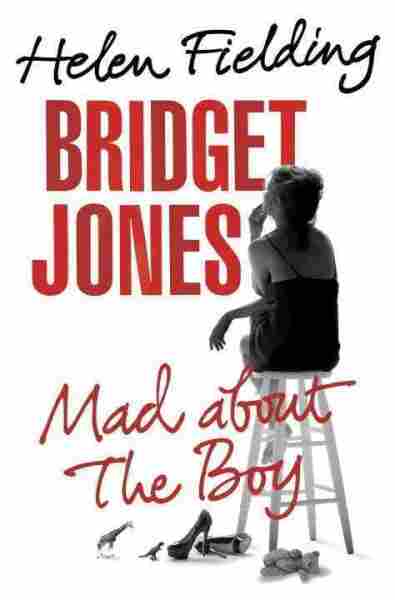 Mad About The Boy

Yes, Bridgeteers, your favorite British flibbertigibbet is back — but this time, there's bit of a suprise: She's grown up, at least a little. Now 51 and a widow (the shocking death of Mark Darcy was revealed recently in The Sunday Times magazine), Bridget is struggling to take care of her two young children and still make time for her hot young boyfriend.

Since we last saw her, Bridget has discovered Twitter (she's @jonesyBJ), and traded chardonnay for cocktails and her self-help manuals for parenting books. Her previously goofy adventures are now punctuated with moments of overwhelming grief, leading to — dare we say it? — moments of emotional maturity. But she's still capable of capers like the doomed Botox experiment portrayed in this excerpt. Bridget Jones: Mad About The Boy will be published Oct. 15.

I mean, lots of people do Botox, don't they? It's not like having a facelift. 'Exactly,' said Talitha, when she gave me the number. 'It's just like going to the dentist!'

Went down into basement off Harley Street feeling like was going to back-street abortionist.

'I don't want to look weird,' I said, trying to replace the image of Mr Wallaker's wife with that of Talitha.

'No,' said the strange foreign-sounding Botox doctor. 'Too many peoples looks weirds.'

'Just goweeng to do your mouse now. You are going to laave eet. You don do your mouse, zee face start to droop so you look meees-rable. Like ze Queen.'

I thought about this. Actually it might be true. The Queen does quite often look as if she's unhappy or disapproving and she probably isn't really. Maybe the Queen should have Botox in her mouth!

Came out, blinking in the lights of Harley Street and grimacing my face as the doctor had told me to.

I looked across the road, startled. It was Woney, wife of Cosmo. As she hurried across I blinked at her. Woney looked ... different. Could she possibly have had ... hair extensions? Her hair was a good six inches longer than it had been at Talitha's party and dark brown, not grey. And instead of her usual high-necked duchess dress she was wearing a fitted peach frock with a beautiful neckline, which showed off her waist, plus high heels.

'You look fantastic,' I said.

She smiled. 'Thank you. It was ... well, what you said last year at Magda's drinks. And then after Talitha's party I thought ... and Talitha told me where to get my hair done and ... had some Botox, but don't tell Cosmo. And how is it going, with your young man? I've just been sitting next to one at a charity lunch. It's absolutely marvel- lous, isn't it, doing a bit of flirting?!'

What could I say? Telling her he'd dumped me for being too old would be like telling the troops in the First World War trenches that it looked as though the Germans were winning.

'There's everything to be said for the younger man,' I said. 'You look fabulous.'

And she teetered off, giggling, and I could swear, at two in the afternoon, slightly drunk.

Well, at least something good has come out of it all, I muttered to myself. And her Botox looked great, so maybe mine would too! 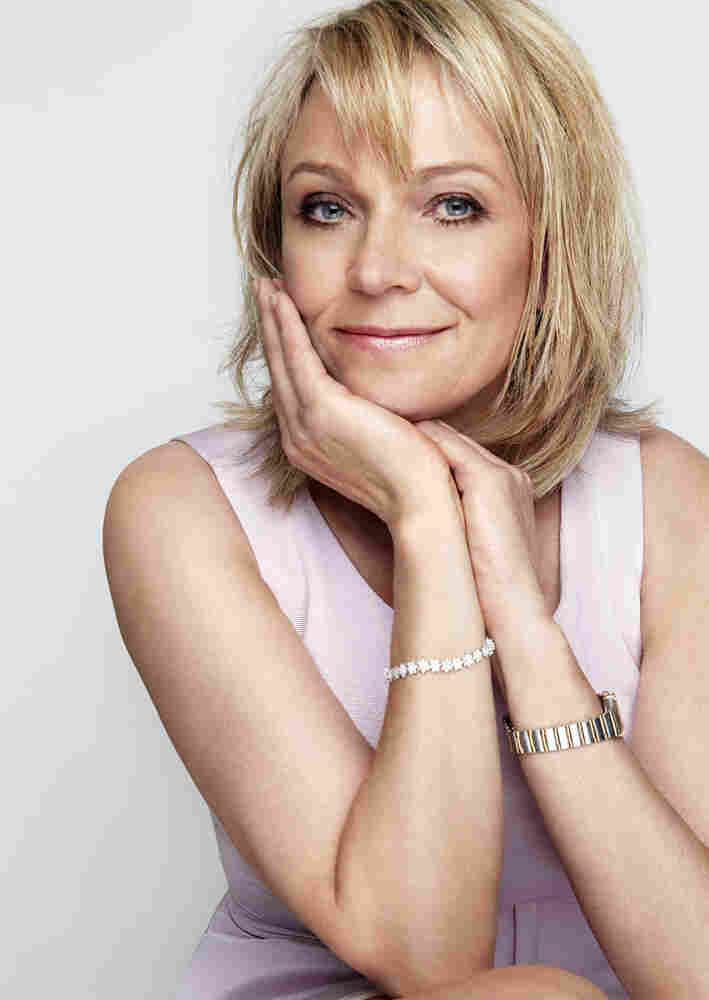 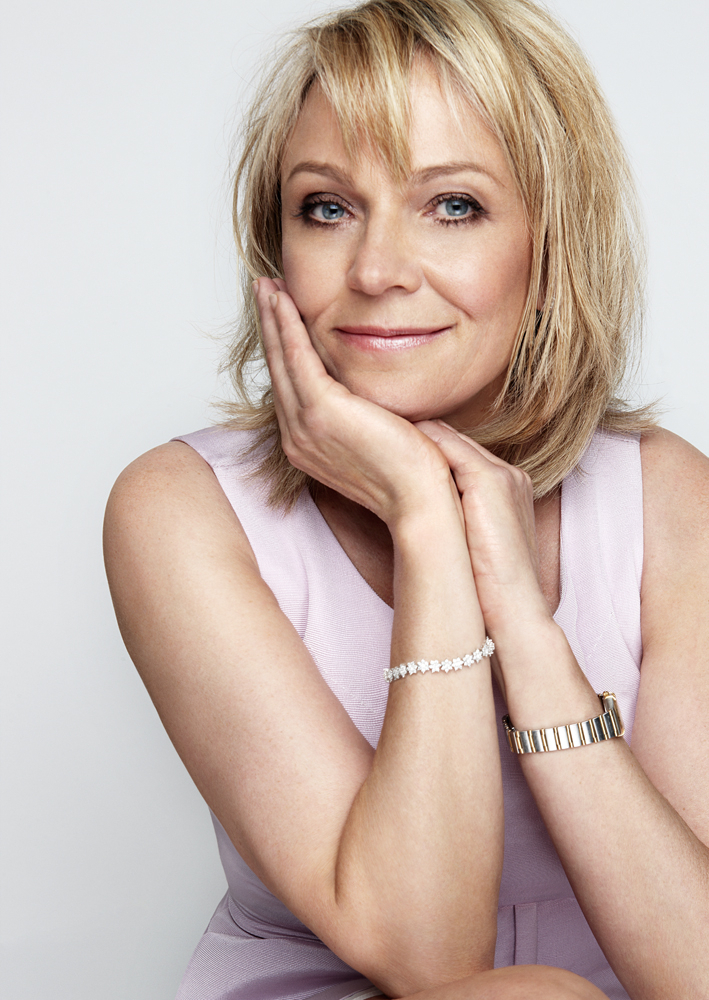 2.30 p.m. Oh my God. Oh my God. Something really weird is happening to my mouth. It's all swelling up inside.

2.35 p.m. Just looked in mirror. Lips are sticking out. Mouth is puffed up and sort of paralysed.

2.40 p.m. Billy's school just rang about the bassoon lessons and cannot speak properly. Cannot easily say Ps or Bs or Fs. What am I going to do? Am going to be like this for next three months.

2.50 p.m. Have started drooling. Cannot control mouth so drool is coming out of side of mouth like – ironically enough given objectivewas to look younger – stroke 'victim' in old people's home. Have to keep dabbing at it with a tissue.

2.55 p.m. Called up Talitha and tried to expbflain.

'But it shouldn't do that. You should go back. Something must have gone wrong. It's probably an allergic reaction. It'll wear off.'

3.15 p.m. Have got to do school run. Actually it will be fine. Will simply drape a scarf round my mouth. People don't notice specific bits of other people, they see the whole.

3.30 p.m. Collected Mabel, with scarf draped around mouth like Masked Raider. Took scarf off gratefully in car, and turned round to do usual complex body-contorting movement in order to get the seat belt into the thing. At least Mabel hasn't noticed, munching happily away at her snack.

3.45 p.m. Ugh, traffic is terrible. Why do people drive these enormous SUV things in London? It's like once they're in one, they think they're driving a tank and everyone has to get out of their ...

'Your mouth looks all funny.' '

'Why is your mouth all funny?'

'Mummy, why are you talking funny?'

'What did you say, Mother?'

'It's all good, Daughter,' I managed. You see, if I can just stick to vowels and guttural and sibilant consonants it's bpffine!

4 p.m. Put scarf round mouth again and took worried-looking Mabel by her little hand, into the Junior Branch.

Billy was playing football. Tried to yell, but how could I say 'Bfpilly'?

'Oi,' I attempted to shout. 'Illy!' Billy glanced up briefly, then carried on playing football. 'Illy!'

How was I going to get him out of the playground? And they were having such a nice time running about but then had only got five minutes left on the car because it was in a loading bay.

'Everything OK?' I turned.

It was Mr Wallaker. 'A muffler? Are you cold? Doesn't feel very cold to me,' he said, rubbing his hands as if to check out the general temperature. He was wearing a blue businessman-type shirt and I could sense his lean, annoyingly fit body through it.

I quickly moved the scarf, said 'Bbdentist' again and put the scarf back. There was a quick flicker of amusement in his eyes.

'Poor Mummy,' said Mr Wallaker, bending down to Mabel. 'What's going on with your shoes? Have you got them on the wrong feet?'

Oh God. Was so preoccupied with Botox trauma did not notice. Mr Wallaker was swapping them efficiently.

'Billy won't come,' said Mabel in her deep gruff voice, looking at him with her grave expression.

'Really?' Mr Wallaker got to his feet. 'Billy!' he called down authoritatively. Billy looked up, startled.

Mr Wallaker jerked his head to beckon him, at which Billy obediently trotted through the gate towards us.

'Billy. Mabel. Your mum's been to the dentist and she's feeling poorly. Now. I want you to be a little lady and a little gentleman and be nice to her.'

'Yes, Mr Wallaker,' they said, like automatons, putting out their hands to hold mine.

'I wouldn't do that again if I were you. You looked all right in the first place.'

When we reached our road, I suddenly realized I was driving on autopilot and had got the whole way home without noticing anything.

'Yes?' I said, thinking, 'They know, they know, we're on terribly flimsy ground, and their mother is a Botoxed, failed cougar idiot who's going to crash the car, and doesn't know what she's doing, what she's supposed to be doing or how she's supposed to do it, and they're going to be taken into care by the Social Services and—'

'Do dinosaurs have cold blood?'

'Yes. Ubf, no?' I said as I parked the car. Do they? 'I fwmean, what are they? Are they repfhtiles or like phwdolpfhwins?'

'Mummy, how long are you going to carry on talking like this?'

'Can we have spag bog?' said Mabel.

'Yupf,' I said, parking the car outside the house.

When we got inside it was all warm and cosy and I soon had the spag bog (supermarket ready-prepared and possibly containing horse but still) bubbling on the stove. They were sitting on the sofa listening to the annoying American-cartoons-where-actors-talk-in-high-pitched- hysterical-voices, but looking so sweet. Leaving the horse spaghetti, I sat down with them and pulled them into a hug-knot, and I buried my frozen face in their messy heads and soft necks, feeling their little hearts beating against mine, and thought how lucky I was, just to have them.

After a while Billy raised his head. 'Mummy,' he whispered softly, a faraway look in his eye.

'The spaghetti is on fire.'

Oh dear. Had left spaghetti in the pan with the dry bits leaning over the edge at a sharp angle, intending to squidge them down when the other end softened, but somehow they had tilted down and caught fire.

'I'll get de fire extinglewish,' said Mabel calmly, as if this were an everyday occurrence. Which of course it is not.

'Noo!' I said, berserk, grabbing a tea towel and throwing it on the pan, at which the tea towel also caught fire and the smoke alarm went off.

Suddenly felt the splash of cold water. Turned to see Billy pouring a jug of cold water over the whole thing, extinguishing the flames and leaving a smouldering, but extinguished, mess on the cooker. He was grinning delightedly. 'Can we eat it now?'

Mabel too was looking thrilled. 'Can we toast marshbellowth?'

So (once Billy had turned the smoke alarm off) we did toast barshbellows. On the fire. In the fireplace. And it was one of our nicest evenings.

Text and audio excerpted from Bridget Jones: Mad About the Boy by Helen Fielding. Copyright 2013 by Helen Fielding. Excerpted by permission of Knopf, a division of Random House LLC. All rights reserved. No part of this excerpt may be reproduced or reprinted without permission in writing from the publisher.