Accessibility links
The Tribe Has Broken: How Sexism Is Silently Killing 'Survivor' Survivor has always been thick with gender politics, but this season has been especially egregious. We take a brief tour of the icky sexism present in a single episode from Wednesday night. 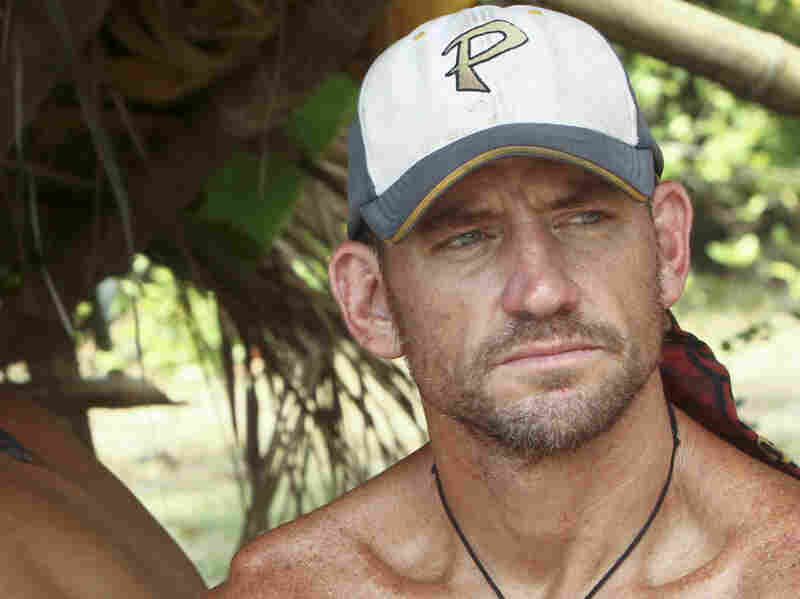 Brad Culpepper heads up a group of bro-dudes with little patience for women on this season's Survivor. Monty Brinton/CBS hide caption 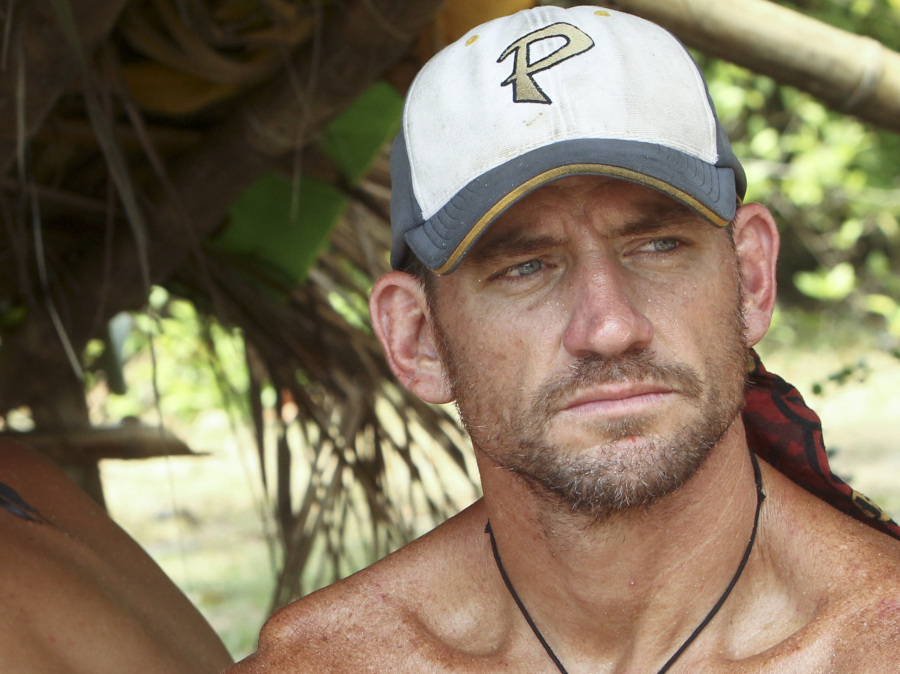 Brad Culpepper heads up a group of bro-dudes with little patience for women on this season's Survivor.

Survivor has always been one of the most heavily gendered shows on television. It has specialized from the outset in a set of stereotypes: tough sexy male athletes, nurturing moms, sweet young things, wise and wily (male) silver foxes, and so forth. The women wear such wee bathing suits (while spending over a month foraging on an island) that one spent an entire season with a digitized blur floating just below the base of her spine and just above the waistband of her suit. Far more men than women have been treated as "leaders," and host Jeff Probst has never been even one-tenth as interested in women contestants as he is in the men. He's essentially come right out and said so, that the women just tend not to be as interesting on the whole as the men.

But this "Blood vs. Water" season, in which a tribe of returning players has been facing off against a tribe made up of their "loved ones," has quickly ripened into the most distastefully bro-worshiping, wife-fearing season yet.

Explaining the ins and outs of everything that's happened thus far would take much too long, so let's simply hit the highlights of last night's deeply unpleasant helping of gender politics.

1. Nothing beats the aftermath of the fact that after winning a challenge, John had to give away to someone a clue to a hidden immunity idol. Candice, because she strongly dislikes former NFL-er Brad Culpepper, thought it would be good to give the clue to Brad's wife Monica, on the theory that having a perceived advantage might make Monica a target. So she said to John, "Let's give it to Monica." He agreed, and gave it to Monica. "Does she tell you what to do all the time?", host Jeff Probst sneered. John joked back that she tries, but he doesn't always listen, blah blah blah. Your basic "Cool story, bro."

Now, maybe Candice was more bossy and they didn't show it. Maybe the Culpeppers talked more and they didn't show it. But the scene the show gave you reinforced an idea right out of Catskillsian comedy of the late 1950s: the sickest burn you can lay on a guy is that he listens to his wife. But when a guy lowers the boom and his wife follows without question, that's just a strong man being a strong man. There has rarely been a more naked accidental reveal of the fact that the show — and specifically its host — are rolling around in gender dynamics of which they are almost completely unaware. Not only is this a rotten thing for women to have to watch, but it's a rotten thing for men who aren't jerks to have to watch, because it basically means tuning in to hear a bunch of swagger-shaming based on the apparent influence of too many four-blade razor commercials and too little interest in hearing women talk.

3. Candice called out Brad at the Redemption challenge for the fact that as women have been voted out of his tribe, they've reported to her that he makes a habit of "shushing the women." Brad's response? To ask Candice's husband whether he shushes the women. You know what would have been more effective? Asking the women from his tribe who were sitting right there whether they feel like he shushes them. Why not just do that? If you don't do it, why wouldn't you just ask them? No matter how smart a guy is — even if he's your husband — he's not the first choice if you're trying to get a sense of whether another guy is dismissive toward women who are, again, sitting right there. The first choice would be to ask them.

4. As Candice worked on the puzzle, Probst first set out to compliment her for being "always calm." And then he added with a smirk, "Unless she's yelling at Culpepper." By "Culpepper," he means Brad, because women aren't called by their last name in Jeff World, because being called by your last name is a sign of respect for your toughness that simply doesn't get bestowed on women. Doesn't happen. Never mind the fact that "Culpepper" yells as much as anyone; it's only funny/mockable when women speak sharply.

5. It's almost quaint to mention at this point, but never forget that you see a lot more footage of women engaging in sport competition in bikinis than you do men attempting to compete in similarly practical/revealing Speedos. This is essentially "wallpaper sexism" on this show — nobody even notices it anymore. But that doesn't mean it isn't there, or that the show wouldn't look different without it.

6. After the challenge, the rewriting of history began, as Caleb got the irony of the exchange described back at point #1 exactly backwards: he claimed it was funny that Candice called out Brad for giving Monica an order when she had given John an order previously. What this sadly tells you — that many of us experience in day-to-day life — is that Caleb heard Candice give John an order even though it didn't happen.

That's one of the ways good-hearted people act like sexists (and racists, and what have you): they literally hear and see things that never happened, because their filters are on. Candice said "let's give it to Monica"; there's not a person in the world who doesn't know "let's" is a suggestion. "Let's have lunch!" "Let's go to the beach!" So bizarrely, what Caleb took away from watching that all go down was that Candice was let off the hook compared to Brad, when in fact the opposite happened.

7. Also filed under "wallpaper": Men on tribes refer to the women in the group as "the girls" all the time. All the time. No matter their ages. This is simply par for the course.

8. When the Returning Players' tribe had to sit two people out at the challenge to even up the numbers, they sat two women rather than Tyson — despite the fact that he had an injured shoulder. Now, if two men had sat out and an injured woman had stayed in, you can bet your bottom athletic supporter that all of the Probst questions would have been directed at the men to determine whether they felt like tiny weak babies for sitting out in favor of an injured lady. But instead, he just clarified with Tyson that Tyson felt confident that even with a bum shoulder, he was better than the two women. The women who made the decision to sit out in favor of an arm-hobbled fellow remained silent. Everyone who believes two men who sat out in favor of an injured lady would have been allowed that privilege, raise your "I Am Related To Jeff Probst" flags and wave them high.

9. After losing the immunity challenge, Hayden spoke with great shame about losing a challenge to a tribe that included Tyson with his injury. But not just Tyson! That wasn't the worst of it. "We lost to a one-armed dude," he said, "and three moms." Not moms! What will the fellas at Bally's Total Fitness say when he gets home?

10. And finally, just as a general matter, this season has been almost entirely a story of men being unpleasant and dismissive of women. That either means they cast a bunch of women who sit around doing nothing and showing no agency whatsoever (which is a casting problem), or what the women are doing is not shown (which is a show problem). You cannot sell, season after season after season, the idea that it is a coincidence that your show is morphing into a grody love letter not to men, but to bullies.

I like Survivor. I've always found it totally fascinating in a bunch of ways, and a good tribal council (which, in fact, last night mostly was) can be one of the most viscerally exciting things broadcast TV serves up. But I cannot deny that having to sit through all this preening by bullies is beginning take a toll on my enjoyment, especially when I feel like the show and the host are on their side.