Accessibility links
Review: 'Book of Ages,' By Jill Lepore For centuries, the memory of Jane Franklin has languished in brother Benjamin's shadow. While Ben is on currency and splashed across textbooks, Jane's life of curiosity and hardship has been forgotten. In Book of Ages, historian Jill Lepore draws a portrait of one of the American Revolution's "little women." 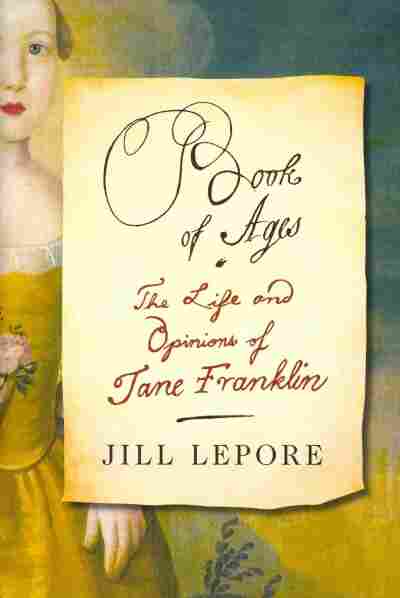 The Life and Opinions of Jane Franklin

"Her days were days of flesh." That's just one of a multitude of striking observations that Jill Lepore makes about Jane Franklin, the baby sister of Ben. What Lepore means by that line of near-poetry is that Jane Franklin's life, beginning at age 17 when she gave birth to the first of her 12 children, was one of nursing, lugging pails of night soil, butchering chickens, cooking and scrubbing.

"I am in the middle of a grate wash," she once wrote in a letter. The crumbly green and white soap Jane would have used for that "grate wash" was from an old Franklin family recipe. When Ben was serving as America's diplomat to France, he liked to present his aristocratic hosts with cakes of that homemade soap that Jane sent to him from her tiny house in Boston. Canny Ben felt that emphasizing his humble origins would trick his French counterparts into underestimating him. Jane Franklin never had to strategize to be underestimated. After all, she was an 18th-century woman.

And, yet, she had a skill that set her apart: She could write. Lepore says that though girls in Massachusetts at the time were routinely taught to read, only gentleman's daughters could do more than scrawl their names, if that. It was big brother Ben who taught Jane to write and, thus, enabled their lifelong animated correspondence. Ben also stoked Jane's thirst for intellectual and political reading material. "Benny" and "Jenny," as they were called as children, were each other's companions of the heart — though as Lepore puns, one ascended to the ranks of "Great Men," while the other remained behind with the "Little Women."

'Book of Ages' is the name of Lepore's extraordinary new book about Jane Franklin, but to call it simply a biography would be like calling Ben's experiments with electricity mere kite flying.

Book of Ages is the name of Lepore's extraordinary new book about Jane Franklin, but to call it simply a biography would be like calling Ben's experiments with electricity mere kite flying. Lepore says that, in addition to telling Jane's story, she's also meditating here on the limits of traditional genres like biography and history, which, by necessity, still favor the lives of public figures. Jane Franklin's life was mostly lived in the shadows; so to read its traces, Lepore augments her own training as a historian with literary criticism, archaeology, sociology and even some of the techniques of fiction. The end product is thrilling — an example of how a gifted scholar and writer can lift the obscure out of silence. In so doing, Lepore enriches our sense of everyday life and relationships and conversational styles in Colonial America. Finally, a happy side effect of this book about Jane is that it offers a fresh look at Ben Franklin and his writings — particularly those, like the Silence Dogood essays, in which he posed as a woman, a pose that may have been prompted by his empathetic relationship with Jane. 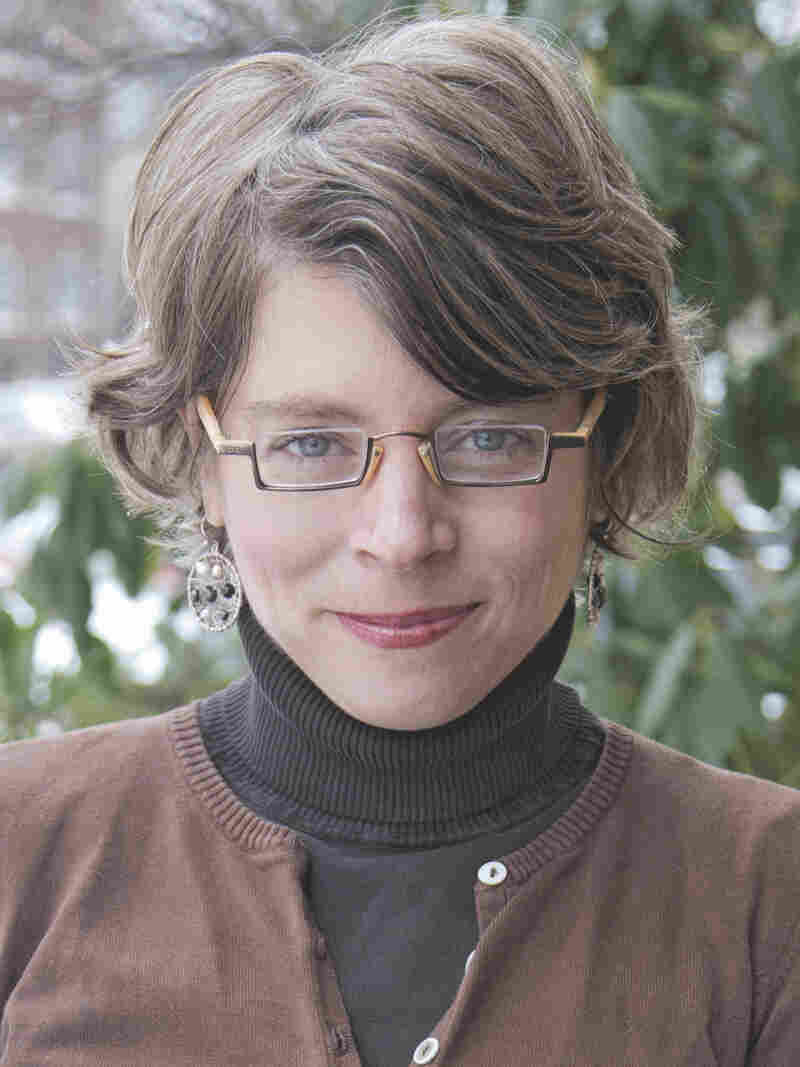 Jill Lepore is a professor of American history at Harvard University and a staff writer at the New Yorker. Dari Michele/Courtesy of Knopf hide caption 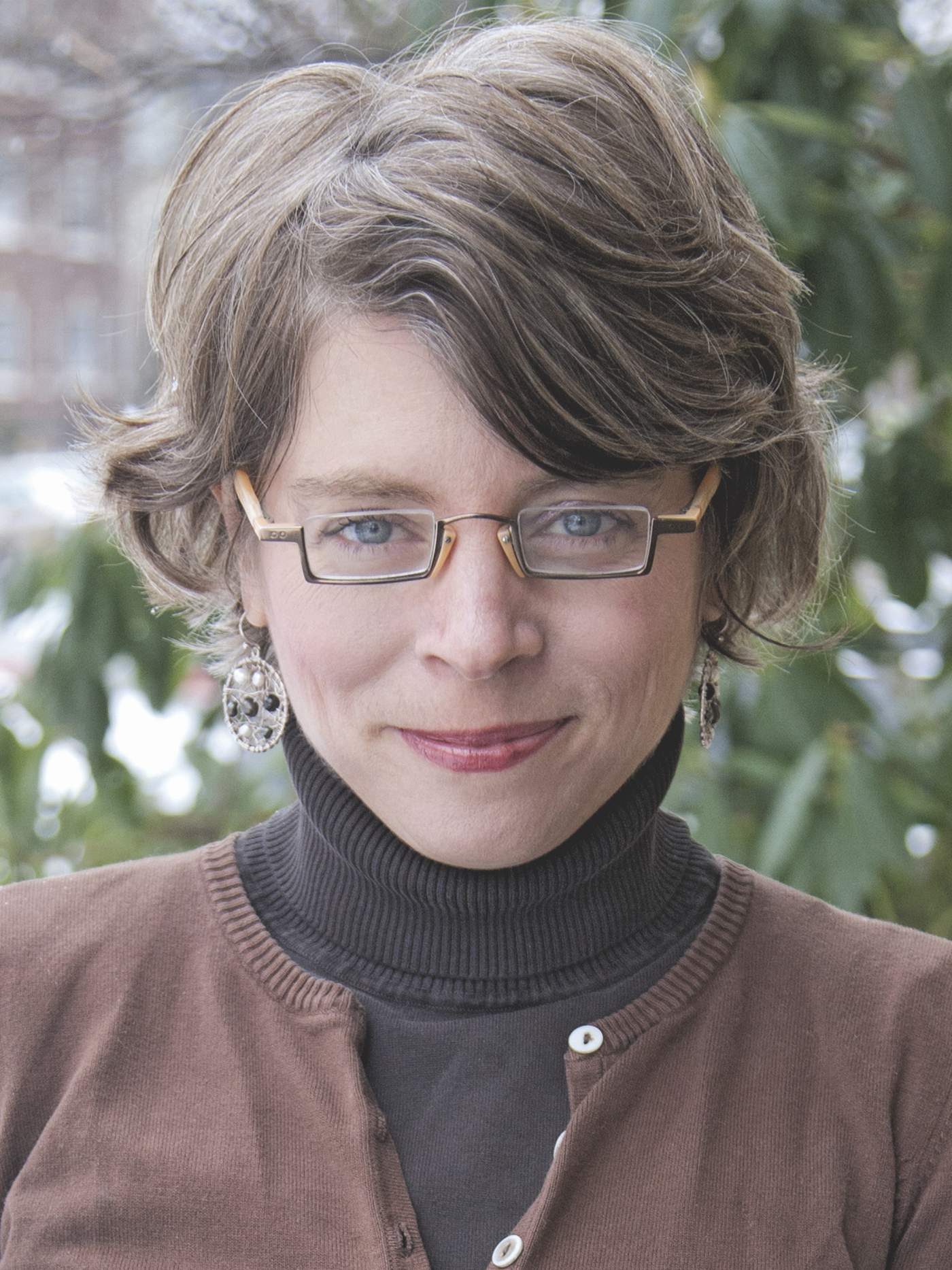 Jill Lepore is a professor of American history at Harvard University and a staff writer at the New Yorker.

In contrast to her brother's voluminous output, Jane Franklin wrote but one book: It's called Book of Ages (hence Lepore's title), and it consists of 16 little pages of hand-stitched paper on which Jane recorded the births and deaths of her children. Lepore calls it: "a litany of grief." For Jane's lighter voice (much more playful than her brother's), Lepore turns to her surviving letters. In them, Jane confesses to a taste for gossip or, as it was called, "trumpery," and agrees with Ben that their family suffers from a "Miffy" temper. It's something of a minor miracle that she had time to write any letters at all: Jane's ne'er-do-well husband, Edward Mecom, was chronically broke, so to generate some income, she eventually turned their overcrowded four-room home into a boarding house. By the time the Revolutionary War erupted in Boston, Jane was a 63-year-old widow. She fled before the ransacking British Army, carrying her Book of Ages and her brother Ben's letters in a trunk. While Franklin devoted his intellectual and diplomatic skills to the Revolutionary cause, Jane spent years wandering, staying with friends and scattered family. "I am Grown such a Vagrant," she wrote.

Lepore says that if Franklin, in his poses and writing, "meant to be Everyman, [Jane] is everyone else." The brilliance of Lepore's book is that plain Jane's story becomes every bit as gripping — and, in its own way, important — as Big Ben's public triumphs.