Accessibility links
A Grandmother, Her Grandson And Fitting In — Together Growing up, Barbara Handelsman often felt out of step with her family. She says she has always been shy and isolated, but with her grandson, Aaron, she says she's free to be herself. "I think we bring out the best in each other," Aaron says. 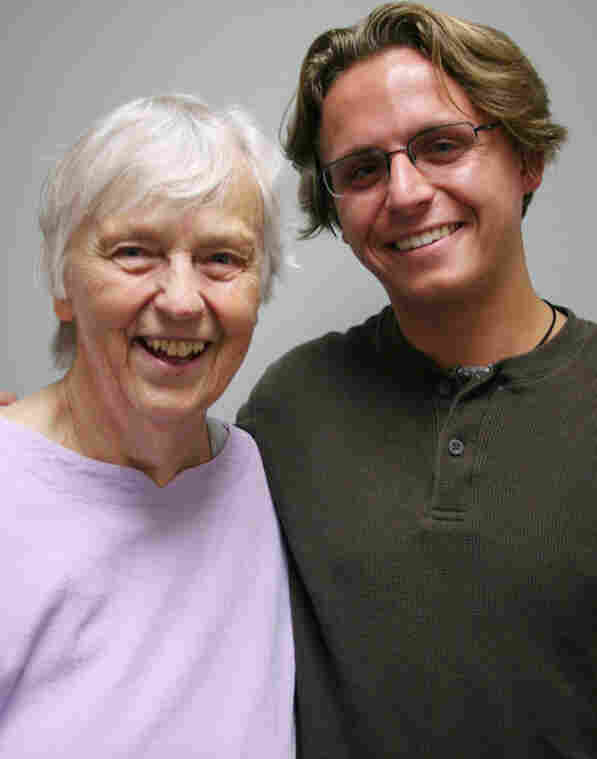 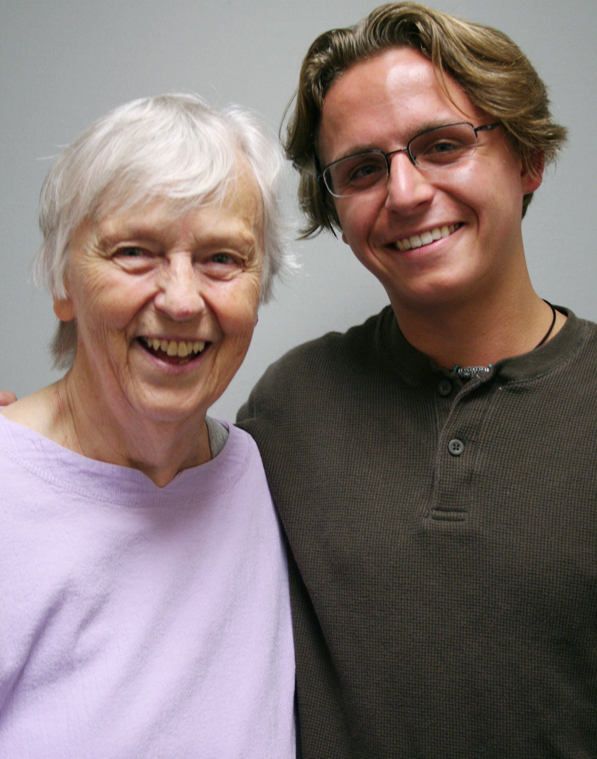 Growing up, Barbara Handelsman often felt out of step with her family.

"When I was really little, I thought my sister always had all the power because she was pudgy and cute, where I had all elbows and knees," Barbara says. "I was so shy. I had no idea how to be the popular kid, and so I felt incompetent when it came to trying to be an A+ anything."

When she was 80, Barbara visited StoryCorps in Ann Arbor, Mich., with her 20-year-old grandson Aaron, who says her feelings of isolation came as news to him. "I didn't realize that you felt that way so often. I can identify, but I've always had you," he says.

"You know, I have lots of people in my family who think I am OK," Barbara tells him. "But, there's something about me that they would rather fix. But my experience with you is that I'm always perfectly free to be me."

Aaron and Barbara often went on adventures together, he says, and she introduced him to "the freedom to not worry about saying or doing something others would consider to be foolish."

"I remember we were climbing through the forest, and there's this yellow tape that said Do Not Enter. You know, the mischievous side of me really wanted to do that, and you came right along with me," he says. "That was the first time I'd ever been encouraged by an adult to cross a border. I think we bring out the best in each other in a lot of ways."

Barbara's advice to her grandson: Be yourself. "Don't let any adult ever convince you that you should be somebody else. Don't let them try to give you a cheerful personality if that's not who you are. Be who you are," she says.

Barbara passed away two years after this interview was recorded.

Click on the audio link above to hear Barbara's story.