Accessibility links
Movie Interview: Alan Rickman On 'CBGB' In the new film CBGB, Rickman plays Hilly Kristal, the New Yorker who opened the dive bar he hoped would be a space for country, bluegrass and blues. CBGB instead turned into a hub for punk rock in the '70s. Rickman talks about preparing for the role and the challenges of playing a real person. 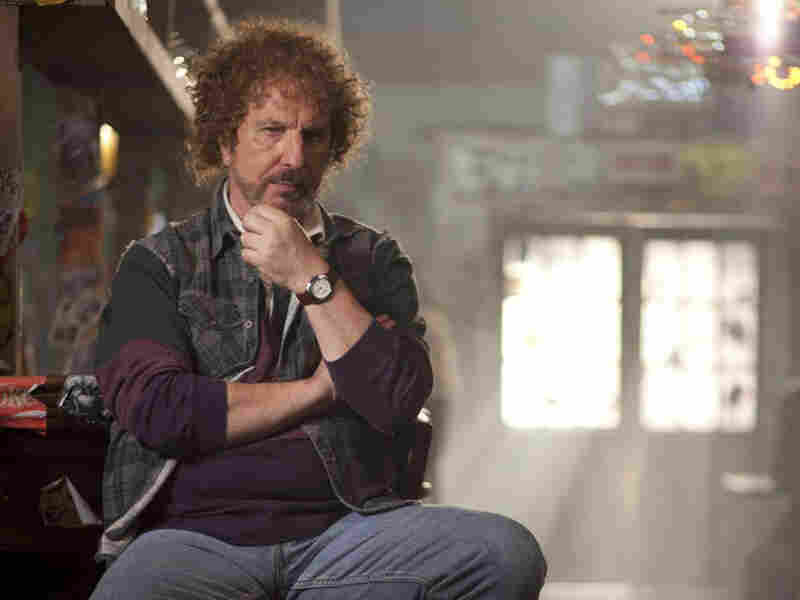 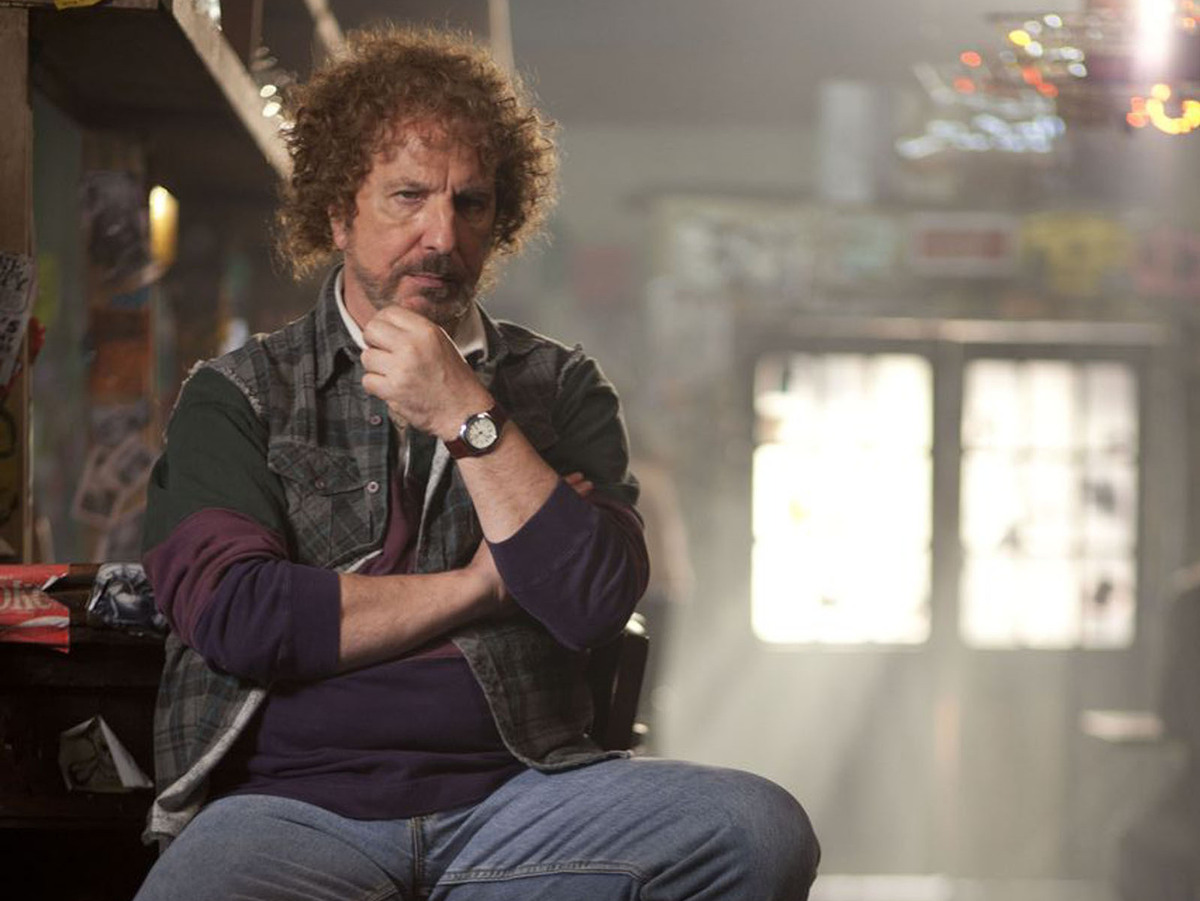 Alan Rickman tells NPR's Arun Rath he wasn't familiar with CBGB or the punk scene until he began working on the film.

After several failed musical ventures and two bankruptcies, New Yorker Hilly Kristal decided to try something new. In 1973, he opened a bar in Lower Manhattan intended to showcase sounds not so indigenous to the urban landscape: country, bluegrass and blues. And so came the name for the dive bar CBGB.

Eventually bands flocked to the venue, but with a sound far from what Kristal had intended. The bar became a hub for the emerging punk rock scene. Bands from the Ramones to Blondie and the Talking Heads performed on its stage. For more than 30 years, Kristal gave unrehearsed, outlandish bands a space to grow and be discovered.

"[Kristal was] rigorous about saying to the groups that he never expected to be supporting, 'OK, you can come and play here, but only original music, no covers,' " actor Alan Rickman tells Arun Rath. Rickman plays Kristal in the new film CBGB. "That's a brave thing to say at that time. And that puts him in the forefront of being a kind of revolutionary.

"Music moved on because of him, because he allowed a marketplace to happen."

CBGB closed in 2006 and Kristal died almost a year later.

The London-born actor, perhaps best known for his role as Professor Severus Snape in the Harry Potter movies, says he didn't know about CBGB before the film.

"When the club started in the '70s, of course, I was back in England, very much an art student or a drama student," Rickman says. "I didn't really come to New York for any length of time until the mid-80s." 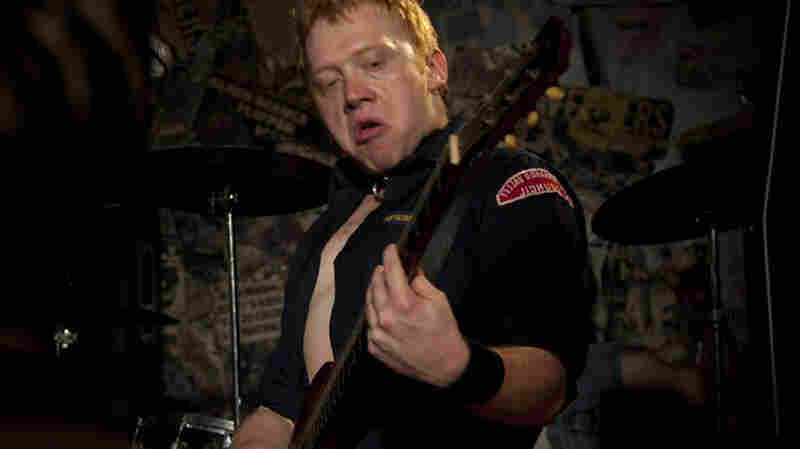 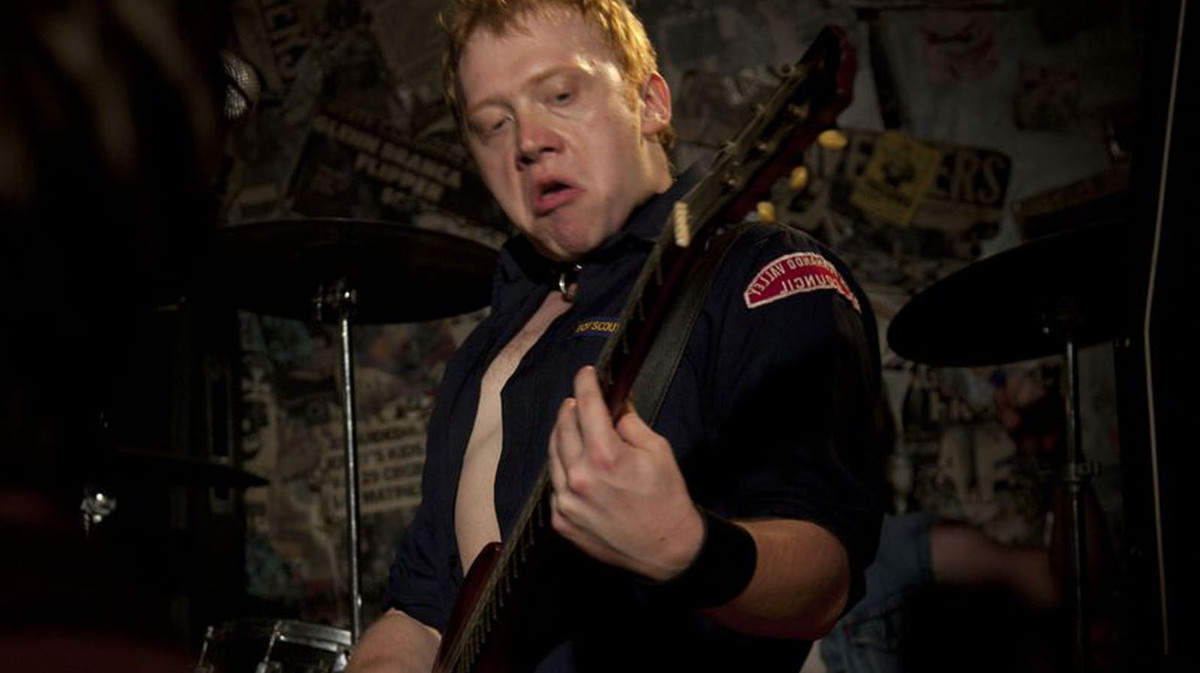 Rupert Grint — who starred with Rickman in the Harry Potter films — plays Cheetah Chrome, guitarist for the real-life punk band The Dead Boys.

To prepare for the role, Rickman immersed himself in watching Kristal on tapes and DVDs.

"It's an incredible luxury now to be able to, if you're playing somebody that recent in time, to have hours of him walk and talk," he says.

Rickman talks about the challenges of playing historical characters and how directing and acting in different platforms has shaped his career.

If you're playing somebody who has lived, the difference is that you become ultimately very protective of them ... because the most important thing that you should never do with someone you're playing is to judge them. And, obviously with someone like Reagan or Louis XIV — people have a lot of opinions and lots of books have been written. You have to have both feet firmly in both camps, if you see what I mean so that you don't judge the character.

On acting in film, television and on stage

Punk History, Embroidered Here And There

And, I would say that if I have learned anything that boils down to one phrase it would be that acting is about accurate listening.

On editing films as an actor

It's thrilling and painful. I think it's certainly true that a film tells you what it wants to be at some point. You have a script, and then you shoot it, and some of it's planned and some of it's improvised. You have to kind of work around the weather and the budget and time and how long you're at a location or not. And then, a mysterious force called film tells you what to cut and what to keep.