Accessibility links
The Dismemberment Plan Returns, To Its Own Surprise A decade after breaking up, the renowned Washington, D.C. indie rockers have a new generation of fans — and a new album at the ready. 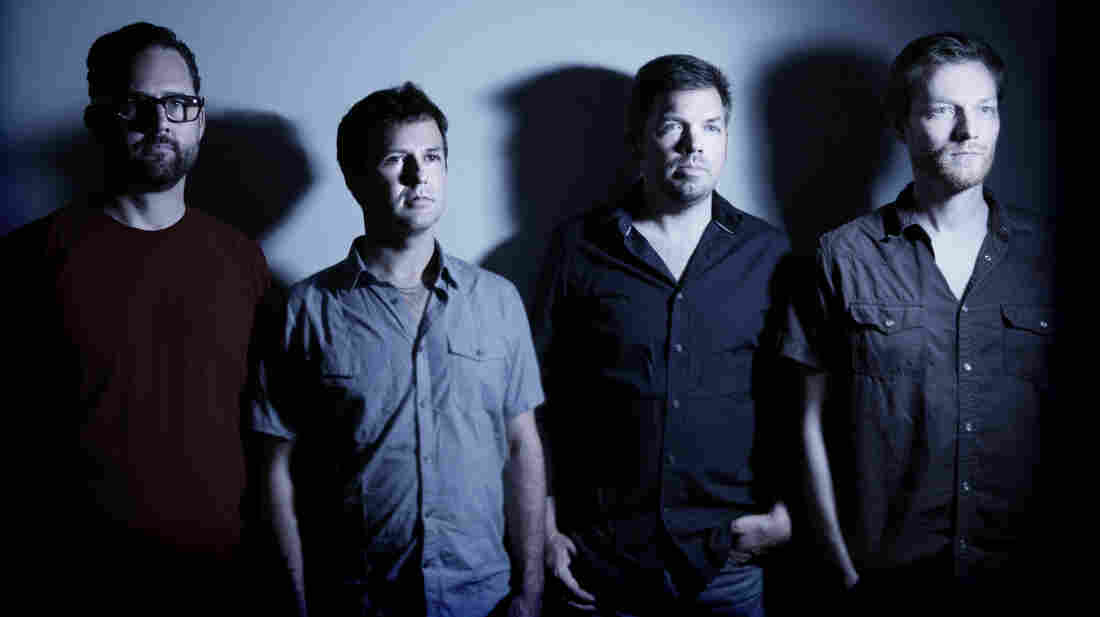 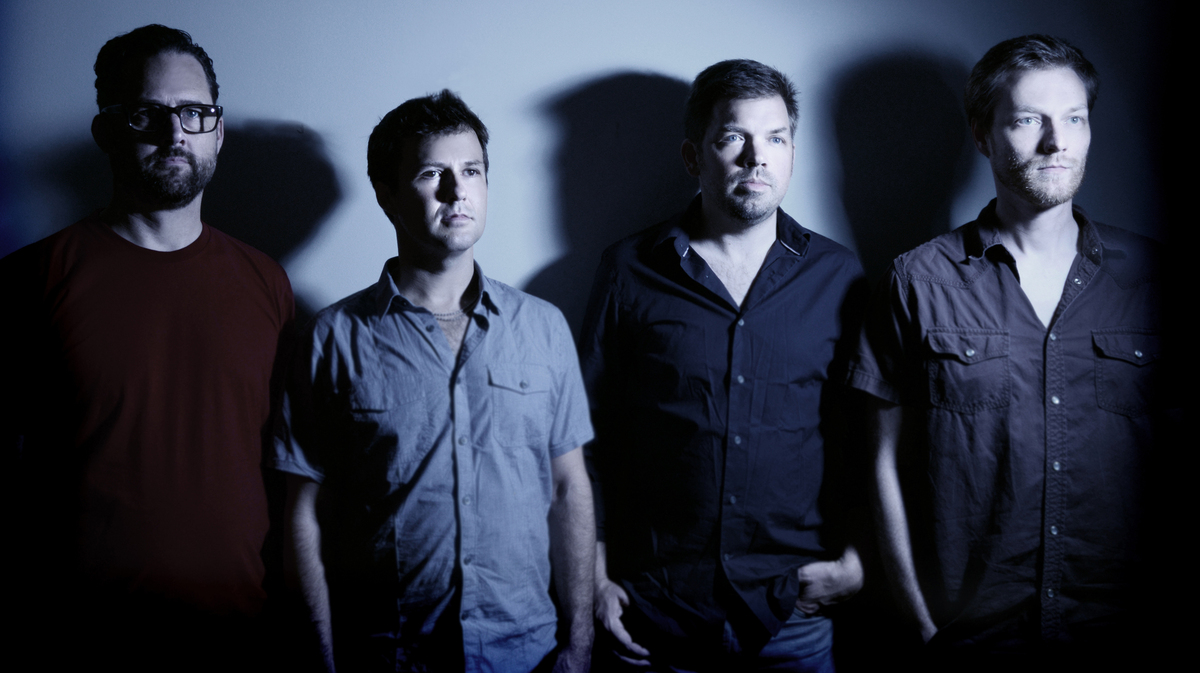 The Dismemberment Plan's new album, Uncanney Valley, is out Oct. 15.

A second chance at stardom is rare in the music world, but this week, one band is getting another shot. The Dismemberment Plan never had a radio hit, but the rock quartet did develop a cult following — which really took hold after the members parted ways years ago.

On Tuesday the band will release Uncanney Valley (the misspelling is intentional), its first album in over a decade. The new album is heavy on the kind of witty lyrics that music critics and fans fell in love with in the 1990s. Take this verse, which kicks off a track called "Invisible":

Waiting around for the 7 Express
New York was a bet, Queens was a guess
I thought I'd be working in Midtown, a winner
Now I'm biting my nails and I'm calling it dinner

Lead singer Travis Morrison wrote those lyrics about leaving Washington, D.C. — where the band was formed — and moving to the much bigger city of New York a few years after the band broke up.

Hear 'Uncanney Valley' In Its Entirety

"I really liked having this fresh start, knowing a few people but not too many," Morrison says. "But, yeah, still, it's 'Invisible.' It's like I'm slipping through the shadows for now."

When he arrived in New York, Morrison was just a low-profile computer programmer. But long before his band split, The Dismemberment Plan had developed a reputation in the D.C. metro area.

In the nineties, the D.C. rock scene was better known for hardcore punk. Bassist Eric Axelson says The D-Plan, as they're sometimes called, didn't really fit that image.

"I remember a show in Baltimore," Axelson says, "where I think one of us had a Grateful Dead T-shirt on, one of us had a Fishbone shirt on, and Travis came from work in khakis and a button-down."

The nation's capital was a more dangerous place back then, and Morrison lived in one of the city's rougher neighborhoods. One night, he was mugged at a payphone near his home.

"Luckily, I was broke, so I didn't have any money," Morrison says, though he notes his troubles didn't end that night. "They took my checkbook, and then for a year, I had this problem with my checks being used to buy huge amounts of pizza from Domino's Pizzas across Washington, D.C."

But Morrison did get something out of the deal: a song. "13th and Euclid," named for the street corner where the mugging happened, wound up on The Dismemberment Plan's first album, which turned some heads in the music industry.

After releasing a second album, the band was signed to a major label — and then promptly dropped in a merger. But the quartet returned to the indie world with a finished third LP in hand.

Emergency & I, released in 1999, became the first record to be named Album of the Year by Pitchfork. And it included a song that's now a fan favorite, a lonely anthem to urban living called "The City."

The Dismemberment Plan put out one more album, but as Morrison explains, the band was getting exhausted with life on the road.

"We were all turning 30, and we were touring to stay alive," Morrison says. "It wasn't apparent that there was any way out from that. So where was the inspiration going to come from?"

One of the songs on Uncanney Valley, "White Collar White Trash," sheds light on the fatigue that led to the group breaking up: In a passage about remembering a life of nightly shows, Morrison sings, "You know I miss 'em day and night / But I could see where that road would lead me."

The members of the band began to focus on other careers. Travis Morrison has worked as a computer programmer for The Washington Post and The Huffington Post. Guitarist Jason Caddell has produced albums for other artists, and has worked as an audio engineer for political campaigns as well as last year's G8 Summit. Bassist Eric Axelson became an AP English teacher and later worked for the nonprofit Rock the Vote. And drummer Joe Easley went back to school and got a degree in aerospace engineering; he now works at the NASA Goddard Space Flight Center as a robotics engineer.

Everyone in The Dismemberment Plan moved on professionally. And it might have stayed that way, Caddell says, if not for one thing.

"At the risk of being glib," Caddell deadpans, "the Internet."

Reviews on music websites brought a new generation of fans to The D-Plan. Some of those new fans began downloading their music (sometimes illegally). Record labels took notice again. One wanted to re-release Emergency & I on vinyl, and asked the band to go on a reunion tour.

The members agreed, and when they took the stage in 2011, they were astonished at the turnout. Caddell says that re-energized them.

"We have a bond that is singular," he says. "The product of that bond has so captured people's attention and emotion that it has brought us back together."

It also reignited the band's creativity, albeit with a dose of perspective. Morrison points to a moment in the new song "Mexico City Christmas" that expresses envy — the kind you feel when you're getting older and noticing your peers are becoming more successful than you:

"So, clearly, this person used to play in bands, and now they're doing real good," Morrison says, laughing. "And someone is still playing in bands, and taking care of that person's house. Oh boy."

If The Dismemberment Plan can create yet another generation of fans, playing in a band might be about to pay off.