Accessibility links
What, Exactly, Is James Franco Doing? With a new book out that purports to be a novel but actually isn't, James Franco seems to have mastered celebrity in an unexpected way. He has so many images at this point — stoner, student, artist, bro — that he seems to have no image at all.

What, Exactly, Is James Franco Doing?

What, Exactly, Is James Franco Doing? 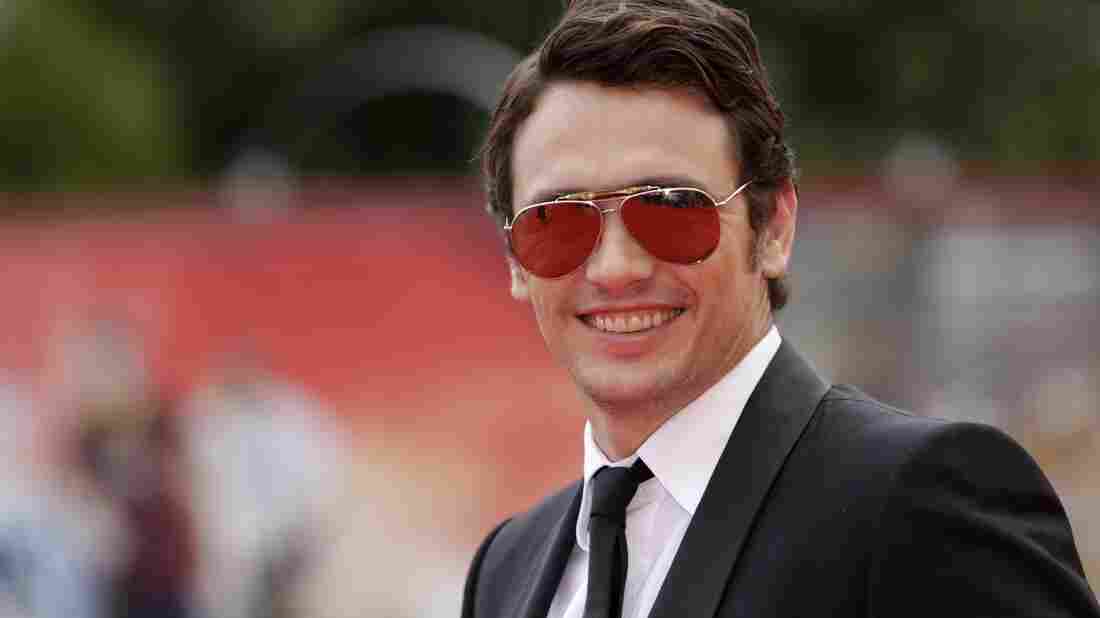 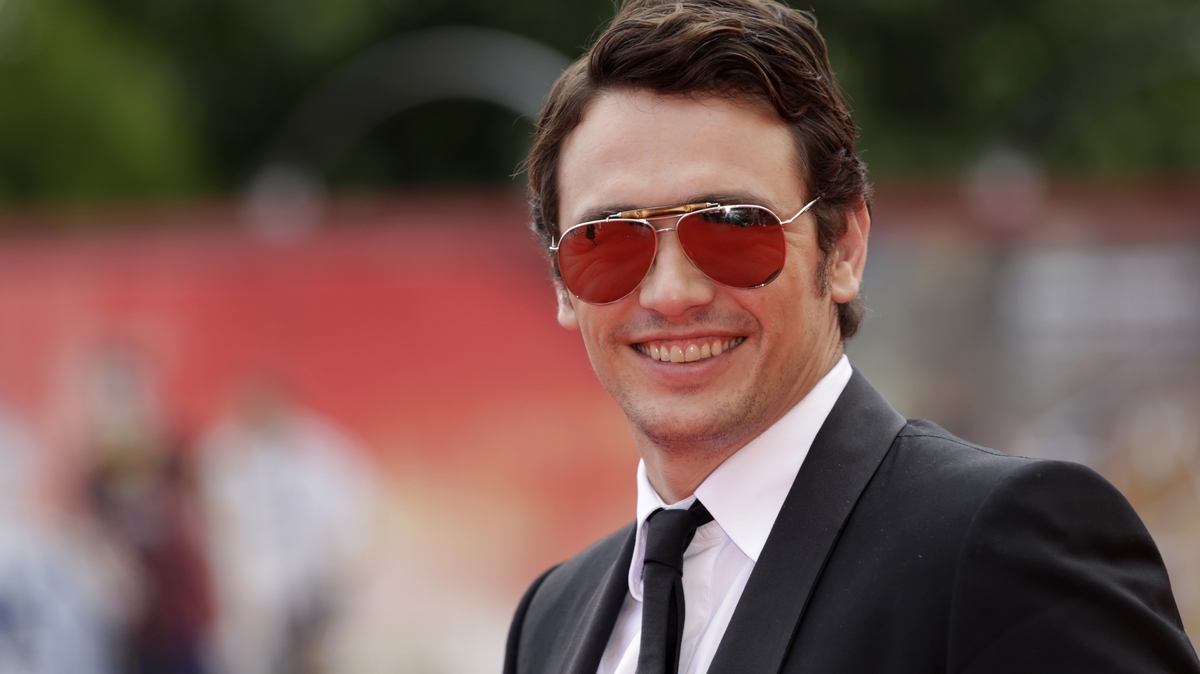 What is James Franco doing?

People started asking this question, in earnest, somewhere around the time he went on General Hospital in 2009. Up until then, he'd been a young actor whose path was relatively normal: he was on Freaks & Geeks, and in Never Been Kissed, and he played James Dean on cable. He was in the Sam Raimi Spider-Man movies, and then into Apatow country. Occasional forays into super-artsy stuff like films that showed in museums? No big deal. Nothing you wouldn't see from, say, Ethan Hawke or somebody like that. Swerves between, say, Pineapple Express and Milk, but that happens. Mork wound up in Good Morning, Vietnam, after all.

But then: General Hospital.

Appearances in mainstream stoner comedies are one thing, when it comes to changing up the highness of your brow and toying with the expectations people have of what you would and wouldn't do. But ... a soap? A real, straight-up soap? The same one Luke and Laura were on? Even knowing that he called the appearance a form of performance art, it continued to raise the question...

What is James Franco doing?

Right now, he's releasing his first alleged novel, Actors Anonymous, but we'll get back to that.

It's not like he needs another line of work. He has a band. He writes short stories. He hosted the Oscars. He was roasted on Comedy Central. He's taken many, many classes — and taught some, too. He makes offbeat art and appears in other people's offbeat art. He's played a hot guy on single-woman network sitcoms (both Tina Fey's and Mindy Kaling's).

At the time of a 2010 profile in New York Magazine, the question Franco predicted would be asked about him — and the writer told him was already being asked — was whether he was spreading himself too thin. But in fact, by doing so much, Franco may have achieved something that's almost impossible: he has no meaningful image other than as himself. There is nothing James Franco could do at this point that would move the needle. 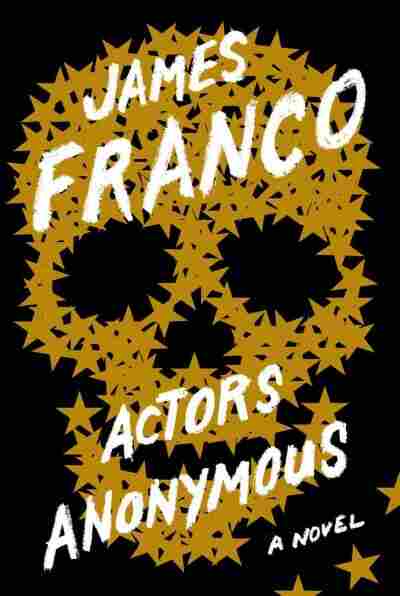 What could he do that would seem out of place? What could he do that you really wouldn't expect? He wouldn't really surprise people if he won an Academy Award. He wouldn't really surprise people if he decided to take a one-day role in a Virgin Airlines video demonstrating seatbelts. He could show up in oil paintings, on a sitcom, as a Jeopardy! contestant, as the announced star of So Fast & Extra Furious 8, or in hard-core pornography, and nobody would really think it was anything other than a further example of Well, That's James Franco For You.

"I might be surprised if somebody else did that, but I can sort of believe it, coming from James Franco," is what a lot of us would say about literally anything he did with his career. Aside from something nefarious, even in his personal life, what could he really do now that would require a comeback, or a rehabilitation tour, or a second chance, or an audit of how audiences feel about him?

At times, he's seemed like the kind of guy who's obsessed with pretending he only touches the avant-garde — a self-styled intellectual who disdains everything that's not from art museums. But he's also perfectly happy to do Rise Of The Planet Of The Apes and Oz The Great And Powerful, two huge moneymaking films that have little connection to short films that wind up in museums. This year, he did This Is The End, a proudly stupid gross-out apocalypse comedy in which he and his friends play themselves.

And now he's published that "novel," Actors Anonymous. It's not really a novel; it's really a collection of ... stuff. Loosely — like, "XXXL shirt on XXXS body" loosely — based on the 12 steps of addiction treatment programs, it consists of short stories, snippets of scripts, and what it's hard not to envision as Things James Franco Wrote Down On The Back Of A Receipt One Time About Acting And Being Famous.

Among these snippets, there are flashes of insight — like, "I performed for money, and I performed for free. It's better to perform for money if you hate the director; it's better to perform for free if you love him." But there are also things nobody would pay money to read under normal circumstances — like, "There are some people that are very serious about their acting. But the ones that are too serious are boring and usually end up strangling their own performances." That would probably not make the cut if he said it in an interview; it's not really book material.

The fiction sections are stories about actors, but other themes tie them together: mostly, they are about young men driven nearly mad by some combination of generalized rage and a specific desire to have sex with, and sometimes to dominate and possess, women. They're far too inconsistent to be really satisfying, but they simmer with a sometimes intriguing frustration. Franco loves to intersperse signs that certain stories are autobiographical and that he's appearing in the book as "James Franco" or "The Actor," but there are also tweaked details that are meant to hold the reader at a slight distance and retain some sense of disorientation with regard to truth and fiction.

In other words, it's the James-Franco-iest book he could have written, because there's nothing to wrap yourself around. It's not very good, but it's not unambitious, and it's not lazy. It's about him but it's not, it's revealing but it's not, and in the end, it's interesting but it's not.

It's impossible for a celebrity to have an image that's a true blank canvas; we are far too voracious for that. But Franco has perhaps achieved the next best thing: a canvas onto which he's spilled so much paint in so many patterns that it ceases to look like anything, and anything you could add to it would look like it belonged there. And, of course, if you stare at it long enough, you can see patterns emerge and then recede — a poseur, a poet, something jarringly authentic, something painfully manufactured. Even, if you squint, the Last Honest Man In Hollywood, who puts out a book that demonstrates that like a lot of us, he has a certain number of sharp thoughts and an awful lot of mundane ones.

Lots of actors go high-low — the Steven Soderbergh "one for them, one for me" thing. But this is different; Franco has achieved a lack of definition that's unthinkable for a guy like George Clooney, no matter what combination of art-house movies and blockbusters he might make.

There was a lot of talk after Franco's Comedy Central roast about the number of jokes that focused on the idea that he's gay. If nothing else, you'd expect the people who were there to roast him, like Seth Rogen and Nick Kroll and Andy Samberg, to expect a little more from themselves than gay-panic har-har-ing like it's 1998. Even if they didn't worry that those jokes — 26, by BuzzFeed's count — would be offensive, you'd expect them to worry that after 26, they'd seem tired, as Aziz Ansari eventually pointed out that they were.

It's really hard to know how much of this is on purpose. If it is — if this splatter-painting on his own image to achieve a certain imageless state is something he planned — it's nearly genius, but rather cynical. If it's accidental, it's almost sweet.

But the result is the same either way. He has a strange kind of freedom that comes from a very successful campaign of obfuscation, not so much about his personal life as about his sensibility. So he floats around, and he does what he wants, and none of it changes anything.

Franco has 13 projects listed on his IMDB page that are (or are rumored to be) somewhere between concept and execution — and those are just acting. There's also directing, writing, cinematography, and an unbilled job as the provider of morning pastries for the cast of NCIS.

That last one is a lie, but for a minute, you believed it.

Read an excerpt of Actors Anonymous