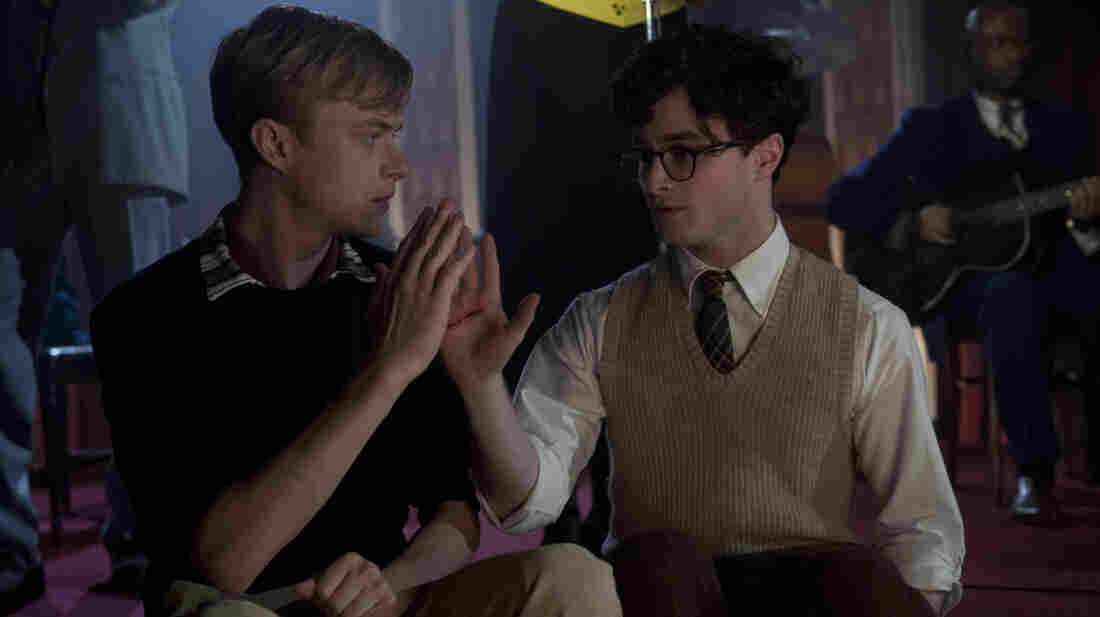 In Kill Your Darlings, Dane DeHaan (left) plays Lucien Carr, a man whose charm and wit quickly command the attention of the young Allen Ginsberg (Daniel Radcliffe) in their time at Columbia University. John Krokidas' film chronicles the "Libertine Circle" they inhabited — Ginsberg's nickname — and the events that would shatter it. Clay Enos/Sony Pictures Classics hide caption 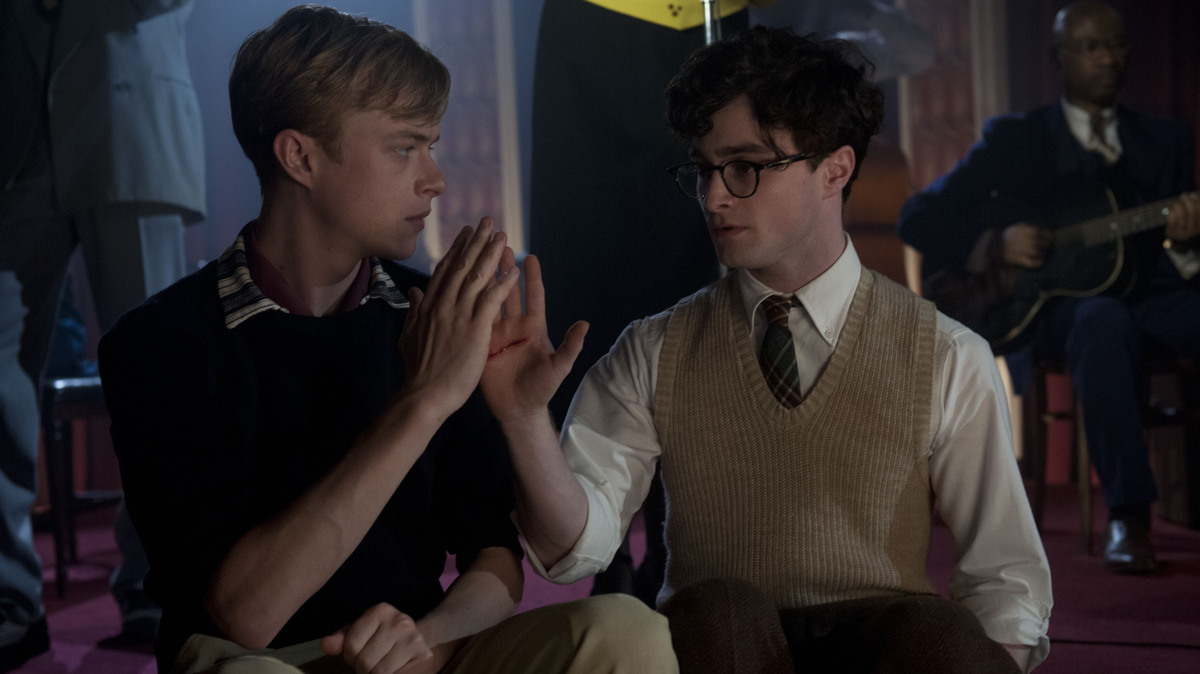 In Kill Your Darlings, Dane DeHaan (left) plays Lucien Carr, a man whose charm and wit quickly command the attention of the young Allen Ginsberg (Daniel Radcliffe) in their time at Columbia University. John Krokidas' film chronicles the "Libertine Circle" they inhabited — Ginsberg's nickname — and the events that would shatter it.

Hollywood's been trying to get a handle on the Beat Poets for years. Allen Ginsberg, William Burroughs and Jack Kerouac led wild — and influential — lives. But films about them, like Naked Lunch and On the Road, have never really clicked with audiences. Kill Your Darlings may fare better, partly because it stars Daniel Radcliffe, and partly because the story centers as much on murder as on poetry.

It's 1943, time for student orientation at Columbia University, and incoming freshman Allen Ginsberg is on a quiet, dignified tour of the campus library when a student with the face of a choirboy leaps on a table with a book.

It's Henry Miller's Tropic of Cancer, and the passage that student reads outrages the librarian enough to get him hauled away by guards, with Ginsberg — as played by Radcliffe with not a hint of Harry Potter about him — grinning broadly.

Truth be told, young Ginsberg is kind of smitten both by the handsome Lucien Carr and by his literary passion. He's soon hanging out with Carr in the dorm, talking poetry and fantasizing about a closer relationship.

Carr (Dane DeHaan), a young man who's anything but a choirboy, and entirely aware of the effect he has on others, soon introduces Ginsberg to a stoned young "Willie" Burroughs (a nice piece of impersonation by actor Ben Foster) and later to Jack Kerouac (Jack Huston). All of them are dreaming of changing the world, but not sure quite how to go about it. 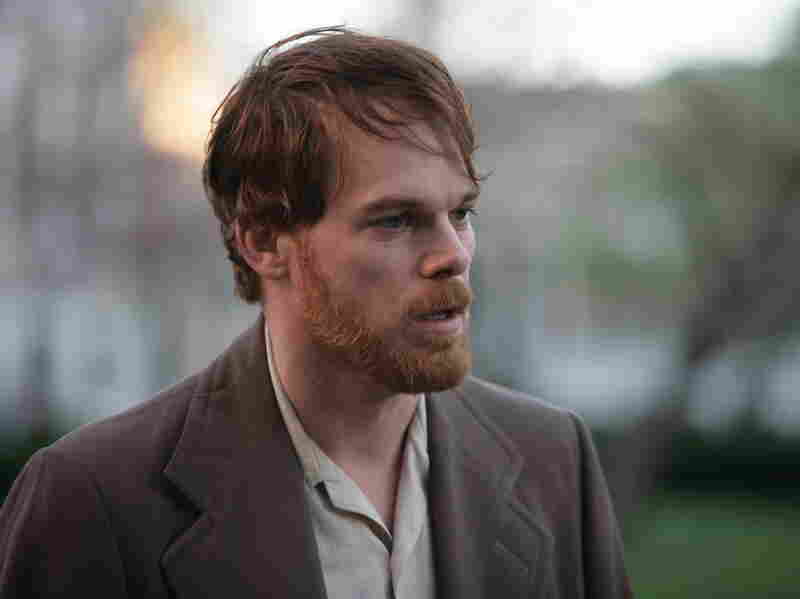 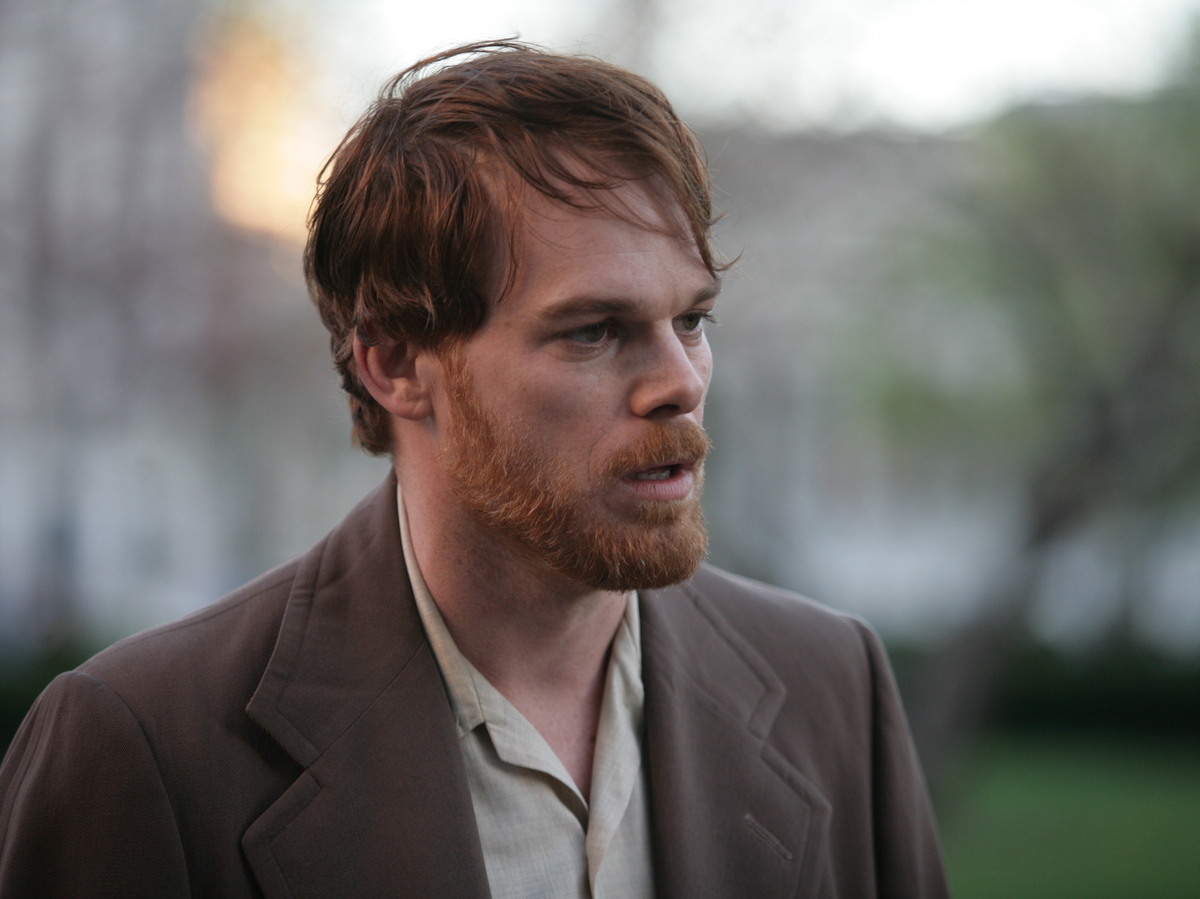 They want to supplant Yeats' "Vision" with a "New Vision," but because they're college kids, their literary ambitions often take a back seat to drugs, drinking and pranks, including an elaborately planned but startlingly mild escapade at the Columbia library that gets them in all kinds of trouble.

Bigger trouble, though, is following Carr in the person of an obsessive admirer (Michael C. Hall), a former lover and professor who's long been writing Carr's papers for him — and who has recently been reduced to following him around like a puppy. How Carr deals with that situation gives the story its spine and also a startling climax.

First-time director John Krokidas doesn't make Kill Your Darlings terribly linear. When its heroes go on drug-fueled binges, so does his camera — at one point freezing other patrons at a jazz club in place so the amphetamine-buzzed poets can flit around them. And the director does some flitting of his own, through time with flashbacks, through space with abrupt switches in perspective, and through an eyebrow-notcher of a sequence that conflates three significant penetrations: Burroughs shooting heroin, Ginsberg's first sexual encounter, and the stabbing that will put a period on one fraught situation while creating another one entirely.

In writing circles, the phrase "kill your darlings" usually gets deployed by an editor as advice for a writer who's polished and labored over a favorite sentence so long that all the life has gotten squeezed out of it. "Kill your darling" means get rid of that treasured bit, and find a more natural way to say what you want to say.

The movie Kill Your Darlings is about budding artists who applied that advice to every element of their lives, abolishing rhyme and meter, declaring war on rules, traditions, even people who had the temerity to love them. They flail and they thrash, and Krokidas' film is just like them — as jazz-inflected and freewheeling as the Beat poetry these guys were about to unleash on the world. (Recommended)