Accessibility links
Interview: Helena Bonham Carter Takes On Elizabeth Taylor, And She Did Her Homework The actress spoke with NPR's Robert Siegel about playing the icon in BBC America's Burton and Taylor. The movie follows the preposterously famous '60s and '70s couple as they reunited for a 1983 Broadway production of Private Lives. 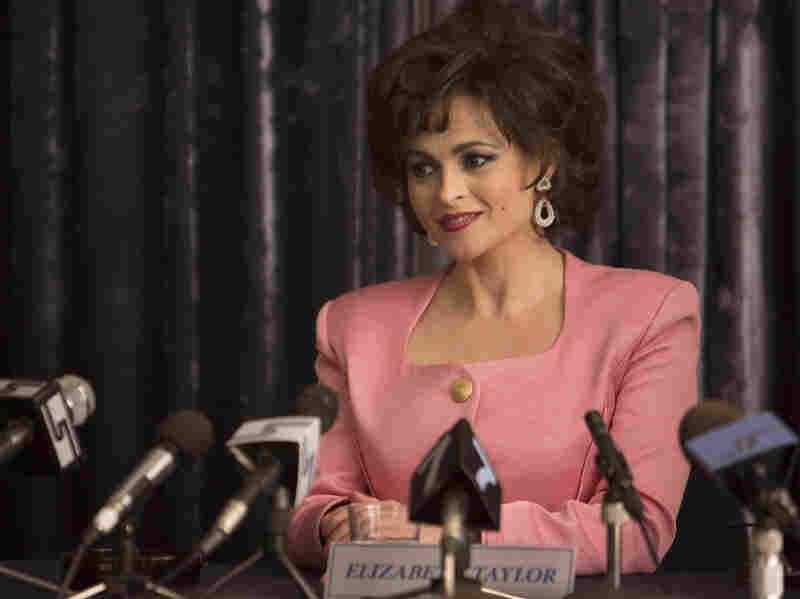 Helena Bonham Carter plays Elizabeth Taylor in Burton and Taylor, a BBC America movie that focuses on the famous couple's stint acting together on Broadway in 1983. Leah Gallo/BBC hide caption 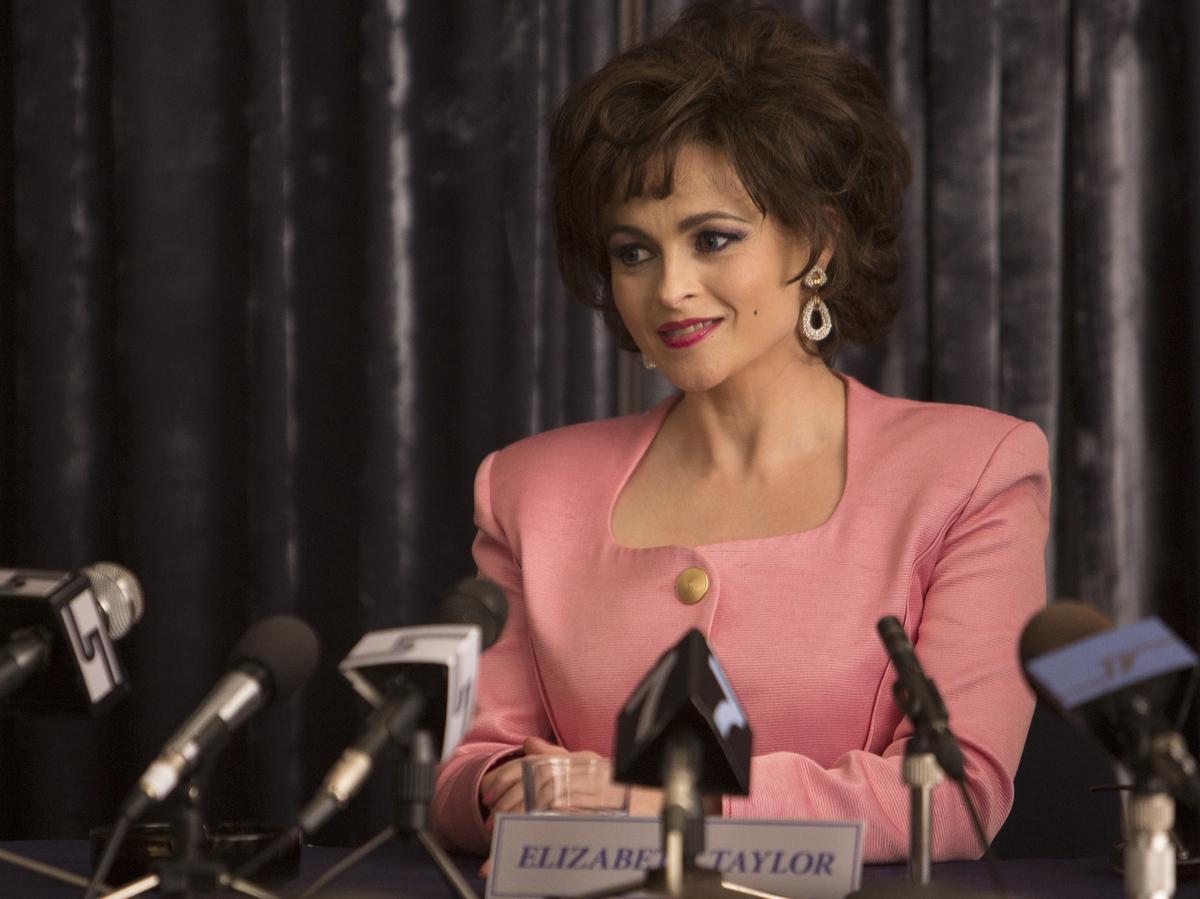 Helena Bonham Carter plays Elizabeth Taylor in Burton and Taylor, a BBC America movie that focuses on the famous couple's stint acting together on Broadway in 1983.

Elizabeth Taylor and Richard Burton were the real-life star-crossed lovers of the 1960s and '70s. No relationship better merited the adjective "tempestuous," and of none was that word more often uttered.

BBC America offers a dramatized glimpse of the relationship in its movie Burton and Taylor. The film focuses not on the couple's scandalous beginnings when they met filming the 1963 movie Cleopatra, but rather on their public curtain call as a couple, the 1983 Broadway revival of Noel Coward's play Private Lives.

Taylor and Burton were already twice-married (to each other) and twice divorced; both of them, moreover, were battling or succumbing to their addictions.

Helena Bonham Carter, who plays Elizabeth Taylor opposite Dominic West as Richard Burton, spoke with NPR's Robert Siegel about the iconic actress — and the movie, which premieres tonight.

On the production of Private Lives that the movie is about

To be honest I think it wasn't [as the character says] "creative." But I think she wanted to see him again. But it made commercial sense. She was a canny producer, and it was her production company. It is an absolutely perfect piece of theater for them to have done. And they enjoyed working together.

On Elizabeth Taylor as an actress

I think she did have some great performances. It's very difficult. I think so much of the time her looks upstaged her. I think she was great as Martha [in Who's Afraid of Virginia Woolf?]. The thing is, though, when you look so great, people don't allow you any other talent.

On deciding to play the role and studying for it

It was very stupid, frankly. I first thought, "This a really stupid idea." Because she's a screen icon and everyone knows her. It's a bit like playing the Queen Mother, too, except the Queen Mother in The King's Speech was significantly younger from the one that everyone tends to remember.

I read all the biographies. Obviously I watched a lot of [Taylor's movies]. But all I could think of was creating a sort of impression or trying to capture some essence. It was like a collage. She has this beauty spot, but I deliberately put it on the other side of my face, because I wouldn't have the presumption of being able to become her or to be her. 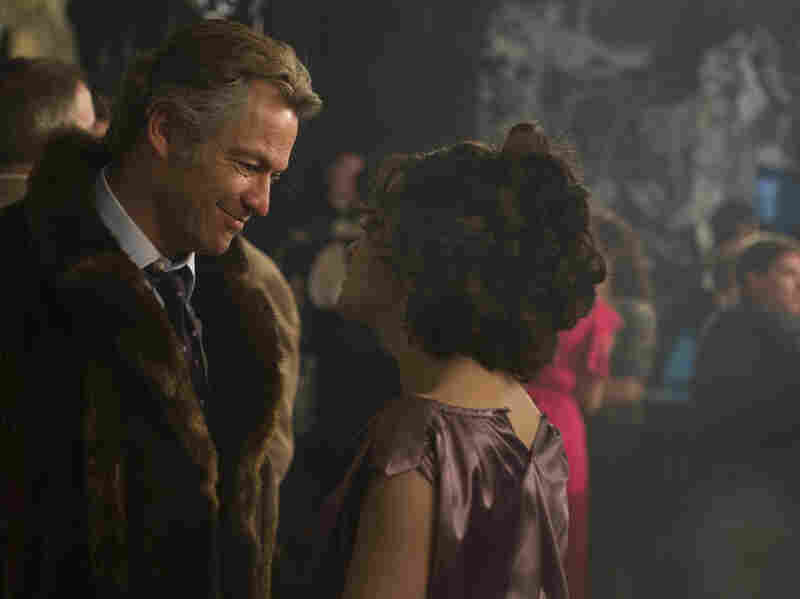 Burton (Dominic West) and Taylor were already twice married and twice divorced by the time they starred in Private Lives. Both were also dealing with addictions. Leah Gallo/BBC hide caption 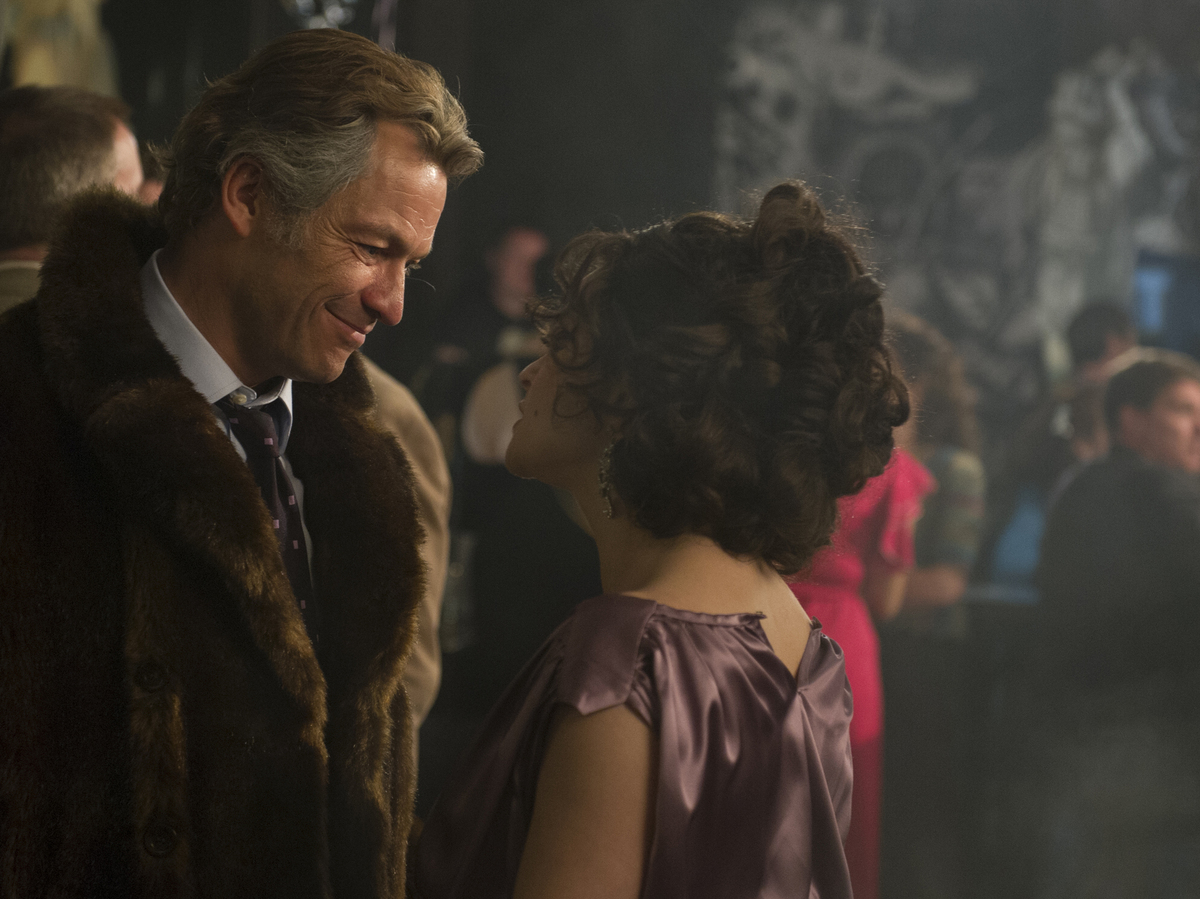 Burton (Dominic West) and Taylor were already twice married and twice divorced by the time they starred in Private Lives. Both were also dealing with addictions.

I met a few of her best friends, who were amazingly trusting. And then I had an astrologer friend of mine, which might sound completely bonkers. And then I had my aunt who's a graphologist, you know, she analyzed [Taylor's] handwriting. So I attacked it from all different sides. I couldn't get enough.

I love the research; that's the best bit. ... And [director Tim Burton, her boyfriend] always [said], "Oh Jesus, you look like a flipping — you're writing a biography!" But that's my way. I just, I like the research bit. One of the byproducts of this job is that you get to learn about, in such depth, about something you would never before.

On shooting Burton and Taylor

[The shoot was] not that long ago, like three months ago. Whole thing was so fast. It was done in 18 days, on a very low budget. It was kind of ironic since we were playing the wealthiest couple in, you know, in the world. And we didn't have enough money to have the dogs for more than half a day. ... She had a lot of dogs. ... There's one shot when she comes down the corridor, and then throughout you'll hear lots of woofing, but that's completely added on.

It was wonderful. But it was completely, "OK, this is make believe." And the only thing that told us it's New York was this one Yellow Cab they could afford. So that would go through a shot. So sometimes we'd be inside and go, "We need the Yellow Cab, just to tell us we're in New York."

On one of her first films, 1985's A Room With a View, with Daniel Day-Lewis

We both sound like chipmunks! Our voices have dropped, centuries and octaves. Both of us. We're like squee, we're on helium. [In a high voice] "Hello Cecil." ... It would be good if we did a — we should do a sequel now. Wouldn't it be good? Room With a View 2. [In a low voice] Both of us are talking down here. "Hello Cecil."

On what she's learned since then

Quite a lot. Where do I start? I really didn't know what I was doing then. I mean, at least now I know I don't really know what I'm doing. But it's OK not to know. I'm definitely better. The sad thing about acting and actresses and on film, is that just as we're getting interesting, and just when we are beginning to know what the hell we're doing, then we're usually put out to pasture, you know, like cows. And I think Elizabeth, to be honest, I think she probably went on stage because she felt, you know, she wasn't getting the movies.

On whether she worries that she'll be "put out to pasture"

Of course. Every actress does. Every actor does. As soon as you've finished the job — even though you're exhausted and you don't really want, you know, you just want some time off — you immediately go, "I'm never going to work again!" So what have I learned? Lots and lots of things. Ask me a question.

On seeing herself in old movies she's done

It's usually horrifying. But it's less horrifying to see yourself 20 years ago than, you know, recently. ... Watching Burton and Taylor is excruciating. Oh God, I can't bear it. ... Can you bear hearing yourself, Robert?

But now every so often I've walked through — Tim keeps all the televisions on all the time, which is a slight contention in our relationship — and A Room With a View was on, not that he was watching it. But I suddenly saw my son on television — that's a thing. I don't see me. It's "Oh my God, that's Billy," who's 10 by the way. And obviously it wasn't him on television, it's just that he looks like me.

And I sort of then had a bit more affection for myself. I thought, "Oh my gosh. You were so young and vulnerable."