Accessibility links
More Angst For College Applicants: A Glitchy Common App Applying to college is stressful at the best of times. But technical flaws in the online Common Application, used by hundreds of colleges, have sparked panic among some high school seniors. With deadlines approaching, some schools are making backup plans — like a return to mail or even faxed applications. 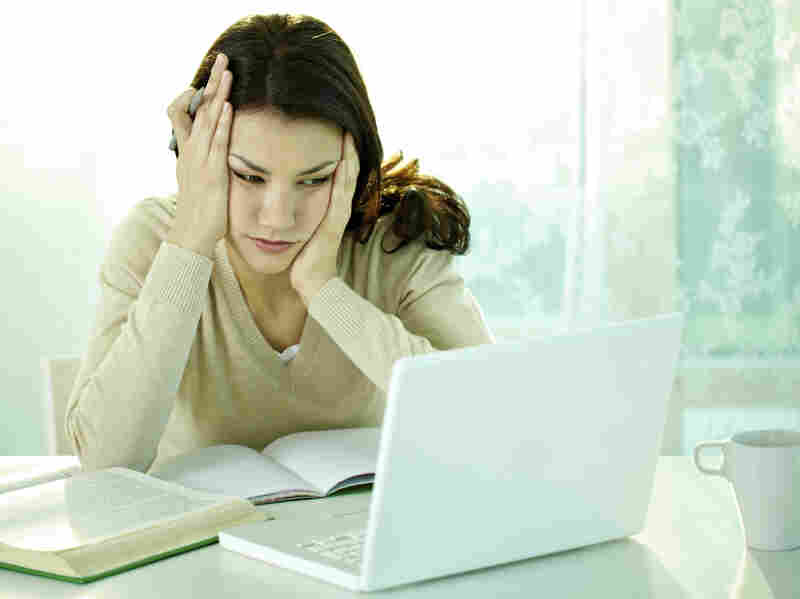 Thousands of students apply to college each year using the online Common Application. But a flawed overhaul of the system has left many students and parents frustrated. iStockphoto.com hide caption 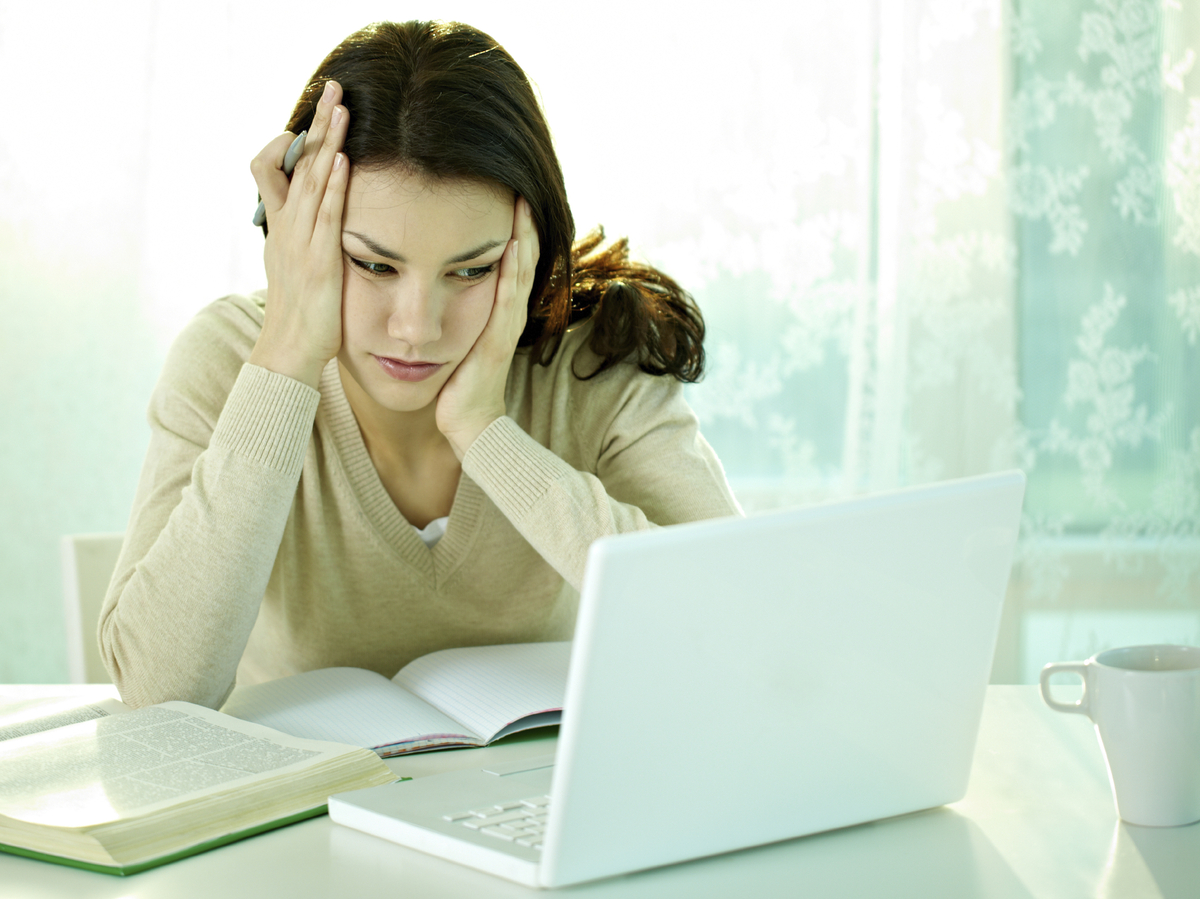 Thousands of students apply to college each year using the online Common Application. But a flawed overhaul of the system has left many students and parents frustrated.

For many high school students this year, the already stressful process of applying to college has been made far worse by major technical malfunctions with the Common Application, an online application portal used by hundreds of colleges and universities.

"It's been stressful, to be honest," says Freya James, a senior in Atlanta applying to five schools — all early admissions. The Common App has been a nightmare, the 17-year-old says.

"No one likes applying to college anyway, and this is supposed to help and it's made it worse," she says. "I have spent a good number of hours just sitting there refreshing the page, doing nothing terribly productive except for trying to get this thing to work. ... It's not useful; it's not doing what it's meant to do."

The Common Application has been around for more than 30 years and has long made the application process easier for students and schools. With one common form, students are able to apply to dozens of schools at once.

But the number of schools using the form has more than doubled over the past decade. What was once used mainly by small liberal arts schools is now accepted by more than 500 institutions.

The nonprofit that runs the form, also called Common Application, had touted a major upgrade of software and applications as a way to streamline the process even more. Instead, the digital makeover has been a bust and a big mess for many students and higher education officials.

"There have been issues with being able to import the application itself, with receiving the supplemental materials like the transcripts or letters of recommendations, those kinds of things," says Lisa Meyer, dean for enrollment at Lewis and Clark College in Portland, Ore.

We did test the system. But what we couldn't test was tens of thousands of people hitting the system at the same time using multiple kinds of browsers.

"Those are very big things. It's very hard to read an application when you don't have a transcript to look at. ... So I think the colleges have been scrambling a bit," she says.

Other serious technical problems include payments that take days to register or registering duplicate payments. Other students complain they simply couldn't log in, while others were repeatedly logged off for inactivity after waiting hours to submit their applications.

Then there's the personal essay, a key part of the admissions process. A formatting glitch left many students' essays looking like a giant stream-of-consciousness blur with no spaces, paragraphs or indentations.

Irena Smith, a college admissions consultant based in the San Francisco area, says the problems are adding more stress for her student clients. "It's starting to look like application Armageddon," she says. And an official with the National Association for College Admission Counseling says, "There is a bit of panic in the community."

Smart Teenage Brains May Get Some Extra Learning Time

A growing number of colleges and universities are now rolling back early admissions deadlines or trying to reassure students that they won't be penalized for technical failures of the Common App. As Columbia University, which has extended its early admission deadline, put it on its website, "We hope this announcement helps to relieve some of the stress and anxiety you might be feeling as the application deadline approaches."

In a statement, Common Application says it's "committed to resolving these issues promptly." Scott Anderson, the company's senior director for policy, says some of the problems have been resolved, but he concedes that others persist.

"We did test the system. But what we couldn't test was tens of thousands of people hitting the system at the same time using multiple kinds of browsers," Anderson says.

Many parents and school administrators, however, are frustrated and angry. "I think this has been a debacle, and the Common App board and leadership should be ashamed," says Valerie Weber, chairwoman of the Department of Clinical Sciences at the Commonwealth Medical College in Pennsylvania — and mother of a high school senior currently applying to college.

"How they have handled the mess will be a case study in business schools for years to come about how not to handle a PR catastrophe — hunker down, ignore and refuse to answer questions," Weber says.

A Lesson For Procrastinators?

Some in higher education are cautiously hopeful that the technical problems will be resolved by Nov. 1, the early admissions deadline for many schools, but others are getting nervous. Some schools are starting to make backup plans that include email, snail mail — even dusting off the fax machine. "That is certainly one of the things we are considering doing," says Meyer of Lewis and Clark College.

Mary Beth Fry, director of college counseling at Savannah Country Day School in Georgia, cautions students and parents to take a deep breath. "Everyone at the Common App and the colleges is doing his best, and — as some colleges' extensions of early action or early decision deadlines will attest — colleges are going to do what's best for everyone."

Admissions consultant Smith sees a "teaching moment" in all this: Some teenagers prone to procrastination may now be prodded into getting their applications done — early.

"In some ways it's nice to learn, as we do as adults, that you can't always anticipate that everything will go smoothly," she says. "It's nice to plan for contingencies and to get things done a little bit ahead of time."

But when that lesson comes with potentially crippling anxiety, she adds, maybe it's not such a great way to teach it.