Accessibility links
Movie Review - 'All Is Lost' - Plenty To Be Found The film, from Margin Call director J.C. Chandor, features a forceful performance from Robert Redford as a man stranded alone in the Indian Ocean, battling against nature and struggling to survive. (Recommended) 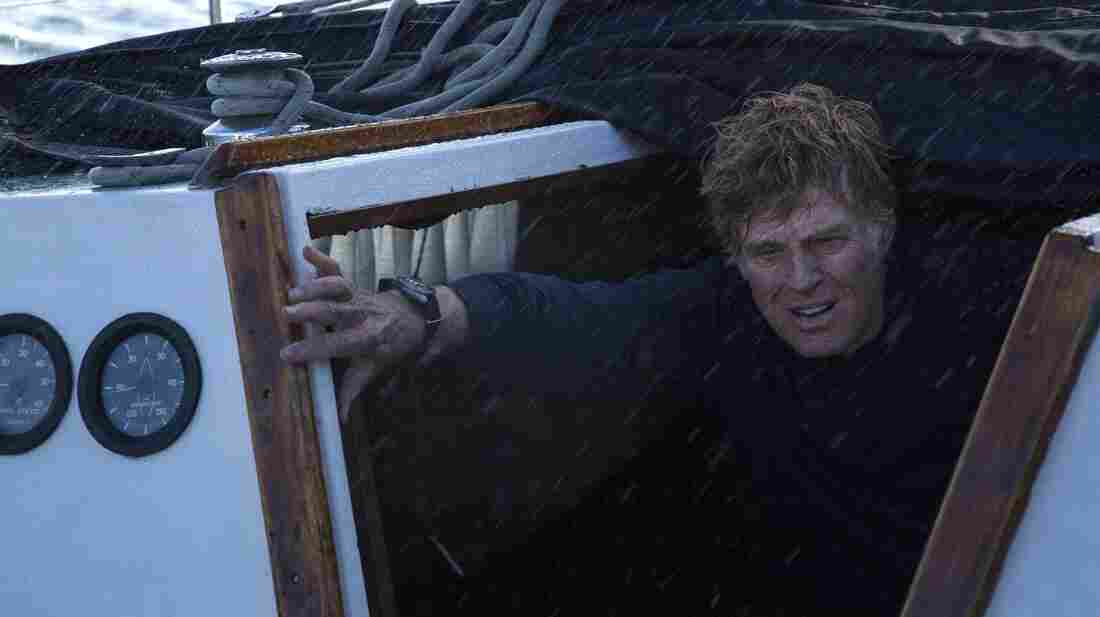 Robert Redford plays the sole character in All Is Lost; a man who is stranded at sea, on a badly damaged boat — and completely on his own. Daniel Daza/Roadside Attractions/Lionsgate hide caption 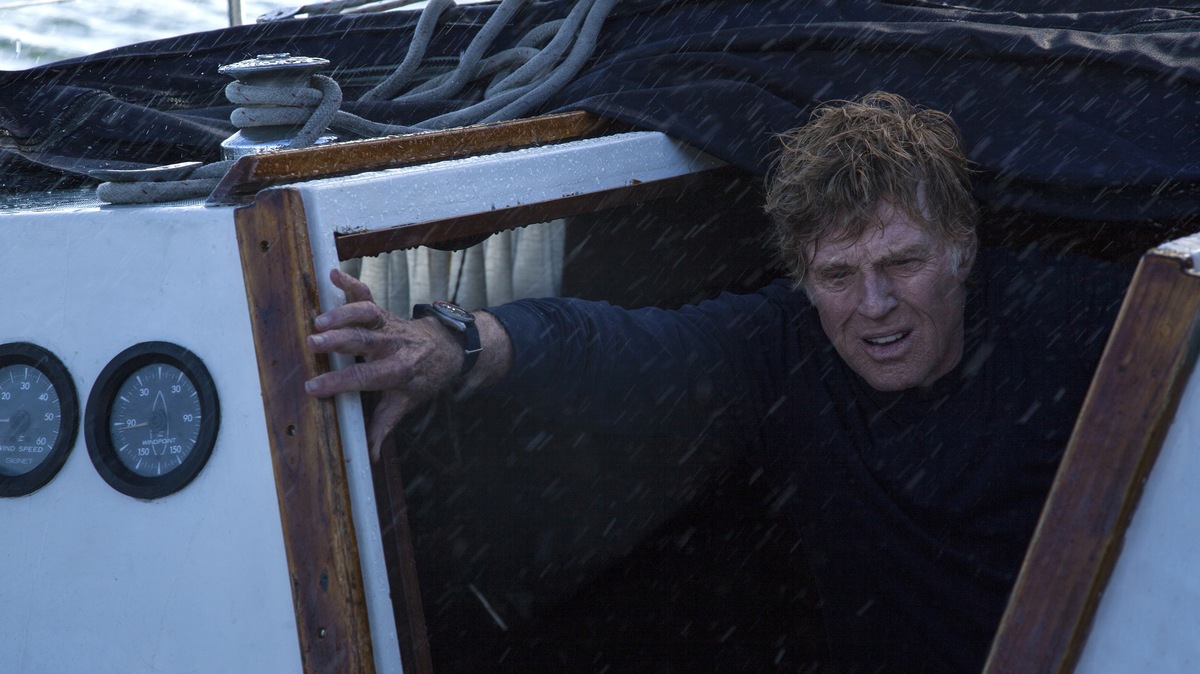 Robert Redford plays the sole character in All Is Lost; a man who is stranded at sea, on a badly damaged boat — and completely on his own.

Other than a single shouted expletive toward the end of All Is Lost, the only words we hear from its central character — a sailor adrift alone on the Indian Ocean — come right at the beginning, in a note of apology to unknown recipients for unspecified sins.

That cryptic missive aside, the movie's viscerally terrifying, weirdly ennobling language is all sight and sound. The sailor, known only as Our Man and played by Robert Redford, grunts and pants as he struggles to caulk a deep gash in his sailboat, inflicted by a stray cargo container that's lost its ship and is littering the ocean with Chinese-made children's sneakers.

Global capital bites back, perhaps. But as with several other plum films of this year's Oscar season — Gravity, Captain Phillips — the elements will bite harder. Our Man takes a vicious beating from nature, and the wishful thought crossed my mind that the character might be Jeremy Irons' brutally callous hedge fund manager from director J.C. Chandor's previous film, the underappreciated Margin Call, back on the big screen to get his just deserts.

Not that Our Man is telling. We hear the creak of ropes and the gentle lapping of waves around his bunk. The whisper swells into a roar, accompanied by whistling wind as a storm bears down on his rudderless boat. Loudest of all is the deep silence that tells Our Man he's all alone, his only compass an animal instinct to endure.

As recently as last year's The Company You Keep, in which he painfully miscast himself as a former Weather Underground activist on the run, the 77-year-old Redford was playing implausibly younger men. Here, his weathered face looking like the Grand Canyon, he moves like an old man, accustomed to competence but a touch geezerish, puffing away as he tries to fix every leak, re-establish each malfunctioning connection to the outside world. It's this that gives Our Man his force, and his aching vulnerability. If weather is the movie's showier star, Redford's lack of vanity makes him its taciturn equal.

All Is Lost is as quiet as Margin Call was chatty; at a minimum, you might call this film a procedural. But like the best of the genre, its relentless focus on the material and the practical also gestures subtly at a life of the soul, however battered.

On its face, All Is Lost digs deep into the frontier mythology — specifically calling back to Redford's rugged '70s turn in Sydney Pollack's Jeremiah Johnson -- of the strong, silent American hero doing what he has to do to survive in an arbitrary, indifferent environment.

Yet in other ways the movie refuses standard heroics. We don't know what Our Man has done wrong, or whether his efforts to survive are an attempt at expiation, or even quite what happens to him at the end. The film's denouement can be read in at least two ways.

Tempting though it is to see his struggle as a blunt metaphor for navigating the storms of life itself, the movie seems to be asking something more specific than simply, how shall we live when we know we're going to die some time? It's posing a higher-stakes version of that question: How shall we live when death is palpably at hand? (Recommended)