Accessibility links
Fossil Find Points To A Streamlined Human Lineage Conventional wisdom about early human evolution is that several species arose in Africa. But a skull found in the former Soviet state of Georgia could upend this idea. The discovery suggests that there may have been more variety in a single species than previously suspected. 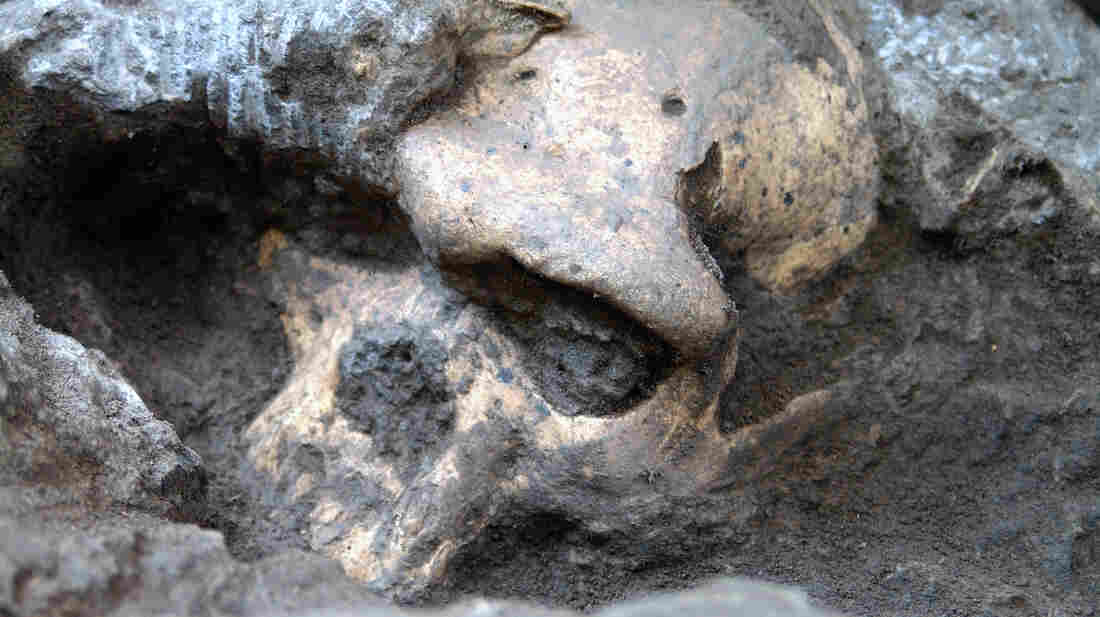 Researchers excavated the remains of five creatures who lived 1.8 million years ago, including this adult male skull. The excavation site, in Georgia in the former Soviet Union, was home to a remarkable cache of bones. Courtesy of Georgian National Museum hide caption 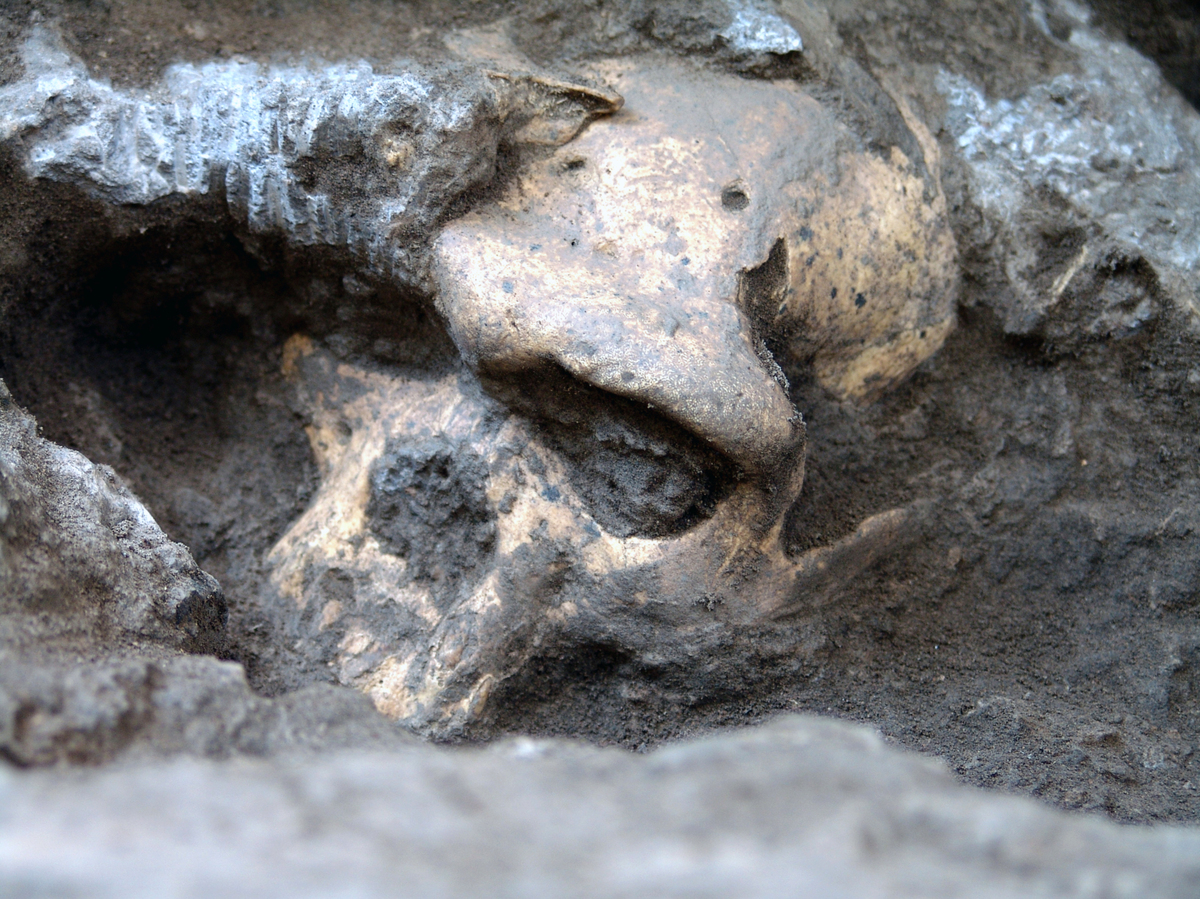 Researchers excavated the remains of five creatures who lived 1.8 million years ago, including this adult male skull. The excavation site, in Georgia in the former Soviet Union, was home to a remarkable cache of bones. 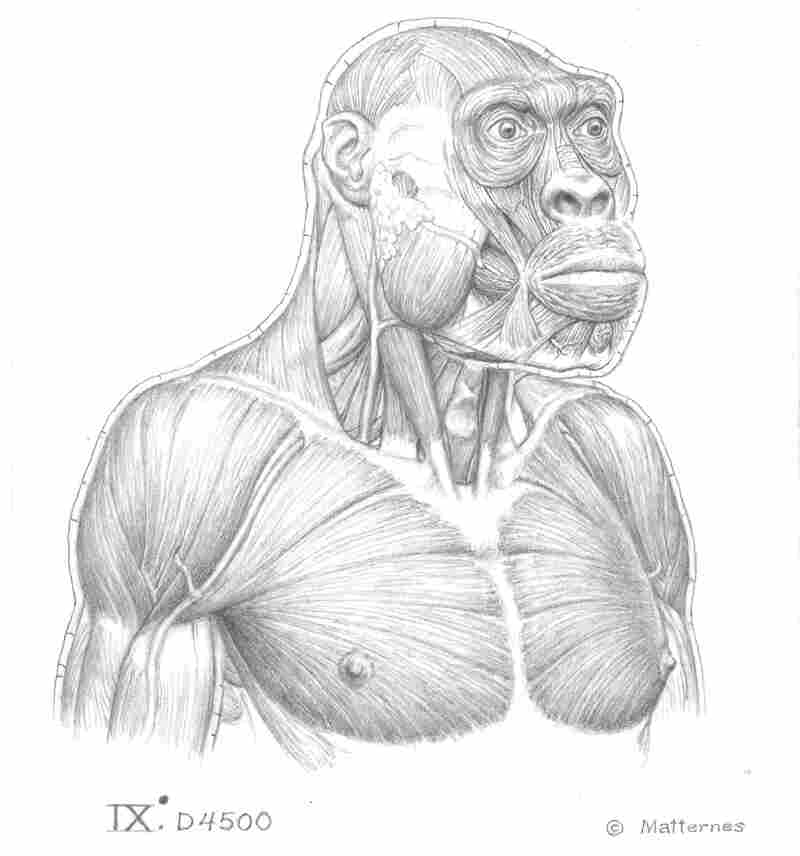 This illustration shows a beneath-the-skin look at the proposed muscular structures of the 1.8 million-year-old individual discovered in Georgia. Courtesy of J.H. Matternes hide caption 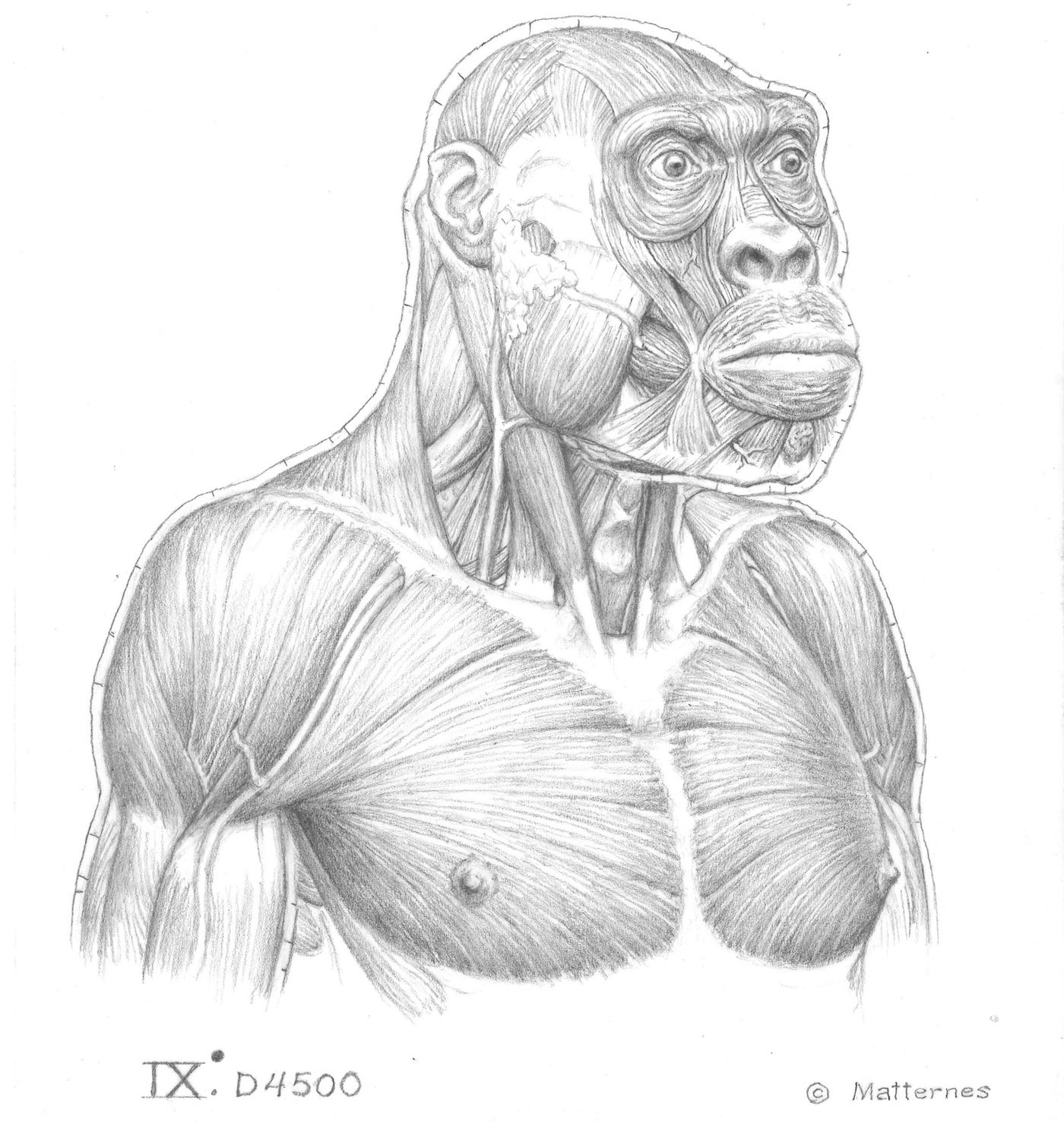 This illustration shows a beneath-the-skin look at the proposed muscular structures of the 1.8 million-year-old individual discovered in Georgia.

Fossils of human ancestors are rare. You could pile all the ones that scientists have found in the back of a pickup truck.

But a remarkable site in Georgia, in the former Soviet Union, has produced a rich group of bones dating back almost 2 million years — and the discovery is shaking the family tree of human evolution.

The fossil hunters found the cache of bones more than a decade ago in a place called Dmanisi, but kept most of the find under wraps.

William Jungers, a professor of anatomy at Stony Brook University who was not involved in the research, is impressed, particularly with the skull of one adult male. "That skull is incredible," he says. "It's got to be one of the most complete skulls ever discovered in the fossil record of human evolution."

Having bones from five different skeletons is amazing, too. Team member Marcia Ponce de Leon, a senior researcher at the Anthropological Institute in Switzerland, says that is unique this far back in time.

"For the first time, we can see a population. We only had individuals before," she says, referring to the isolated bones of individuals found in Africa from the early Pleistocene — about 2 million years ago.

Having a "population" to examine meant the scientists could look for similarities in the bones that would help characterize what this entire species was like. What puzzled them, though, were the big differences they found in the bones — a lot of variation from individual to individual, and an unusual mosaic of features in some. One adult male, for example, seemed to have almost a grab bag of features — a small brain case, big protruding jaw, and giant teeth. The Dmanisi Five looked like a mix of species.

But Ponce de Leon's colleague, Christoph Zollikofer, notes that all five apparently died within centuries of each other in the same place. They had to be the same species, he concluded. "We are pretty sure that the variation that we see is ... within a species," Zollikofer says, "a single evolving lineage."

Finding a human ancestral species with a lot of physical variety from one individual to the next poses another puzzle. The conventional wisdom about early human evolution has it that there were several species that arose in Africa: Homo rudolfensis, Homo habilis, Homo erectus and maybe even more. Now this new discovery suggests that a single species, exemplified by the Dmanisi Five, can have more physical variety than previously thought. In fact, the team found as much variation among modern humans and among chimps and among the Dmanisi Five as there is among those ancient African fossils that have long been thought to be different species.

And that might mean, Zollikofer says, that there weren't numerous early human species. Maybe there was just one.

"You know, I think there are going to be people who won't like this," says Jungers.

Those people have argued that there were lots of sibling species of early humans that popped up independently in Africa, Asia and Europe, only to die out. They were stages or experiments in human evolution, according to that strain of thought. But the new research suggests a different narrative.

"There may have been one very successful species that emerges from Africa," Junger says, "and rapidly spreads to Southeast Asia. That's a picture of a very successful, cosmopolitan species." It's different from the notion, held by many, of a wide range of early-human-like forms that emerged independently, and eventually were culled until only one was left standing.

Like most new ideas about human evolution, this one has skeptics. Brian Richmond, an anthropologist at George Washington University, says the technique used in this new research glosses over the true amount of variation among those earliest African fossils.

"It doesn't get at the more fine-grained aspects of anatomy that actually distinguish species from one another," Richmond says. "It's a bit like using a telescope when in this case they need a magnifying glass." Others say if you look more at individual traits, like the ridges on teeth or the shape of certain bones, rather than a gestalt of the whole organism, you'll find enough differences to justify splitting those early Africans into separate species.

Still, Richmond says the discovery, published in the current issue of the journal Science, is a treasure of new data for scientists to ponder ... and argue about.