Accessibility links
The Poets Of Rhythm: A Troop Of German James Browns In the early 1990s, a group of young musicians from Munich perfected the sounds and rhythms of '60s and '70s American funk. Writer Oliver Wang reviews a new anthology of their music. 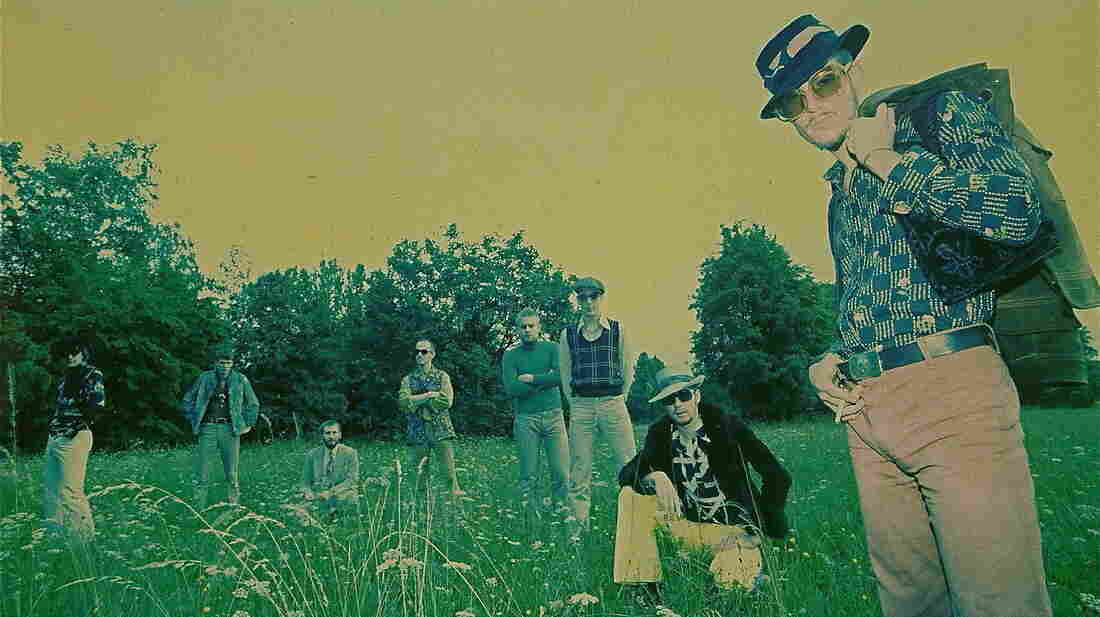 The Poets of Rhythm were a group of young retro-soul musicians from Germany. An anthology of their work was recently released. Julian Rosefeldt/Courtesy of the artist hide caption 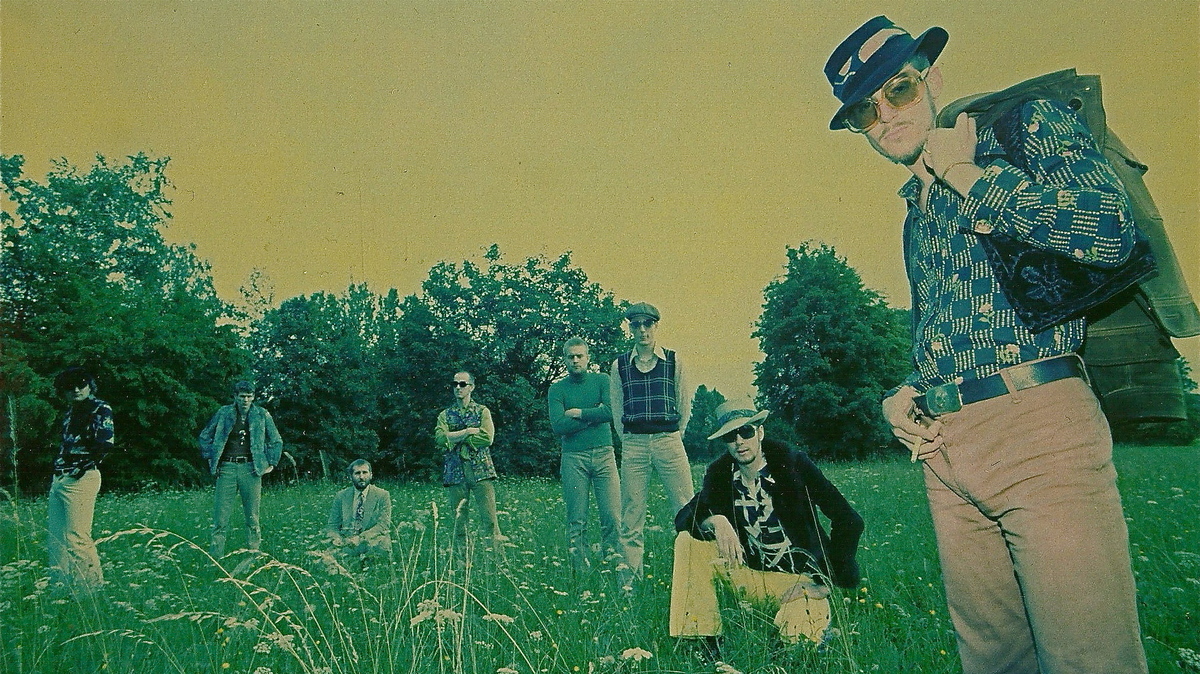 The Poets of Rhythm were a group of young retro-soul musicians from Germany. An anthology of their work was recently released.

Julian Rosefeldt/Courtesy of the artist

Long before Amy Winehouse or Sharon Jones and the Dap-Kings, there were the Poets of Rhythm: a group of young, 20-something musicians out of Munich. In the early 1990s, they perfected the sounds and rhythms of '60s and '70s American funk. In the process, they became one of first and most influential practitioners of what's now known as retro-soul. While the band began by imitating James Brown, the musicians eventually carved out a sound all their own, evident in the recently released record The Poets of Rhythm Anthology: 1992-2003.

In one sense, funk had never left pop music; even by the 1990s, you could clearly hear it in hip-hop samples and the elastic snap of dance records. But the Poets weren't interested in the modern, chicka-wow-wow versions of funk. They were still under the sway of early Kool & the Gang, The Meters of New Orleans and, of course, late '60s James Brown. In those early years, the Poets experimented with these styles on a slew of singles, often released under such fanciful names as Bus People Express, the Pan-Atlantics and the Excursionists of Perception.

Members of the group supposedly came to the U.S. and left copies of their 7-inch records in music stores, hoping that people would assume the singles were obscure, long-forgotten tracks from the past. Their ruse actually worked with a few collectors, a testament to how accurately this German band had mastered re-creating the deep funk sound of yore.

The new anthology catalogs the Poets' recordings from 1992 through 2003. Though that's barely a decade's worth of music, it traces an evolution away from their reputation as obsessively authentic funk re-animators. By midcareer, jazz and West African influences began to wind their way in.

By the early 2000s, the Poets had all but shed their old, purely revivalist sound. They were still dabbling in a melange of past styles — including psychedelic rock — but their approach became more syncretic and imaginative, resulting in some of the best music of their career.

I had forgotten that the band broke up 10 years ago, partially because their influence is still widely heard today. That's especially true at Daptone Records, which is releasing the anthology. Daptone's house band, the Dap-Kings, more or less began where the Poets left off.

Even though the Poets of Rhythm stopped putting out records long ago, that hasn't stopped me from looking for their 7-inch records in countless dusty bins, hoping to find one of the funky easter eggs they buried so long ago.