Accessibility links
Interview: Anna Holmes, Editor Of 'The Book Of Jezebel' Anna Holmes didn't see much reality in beauty magazines, so she started the website Jezebel — a women's mag "without the airbrushing." Now, she's the editor of an illustrated encyclopedia that takes a look at the world according to women. 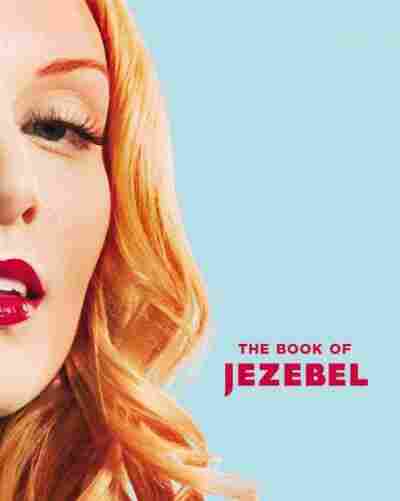 Now the site is making its first foray onto the bookshelves with The Book of Jezebel: An Illustrated Encyclopedia of Lady Things.

"I've been calling it an illustrated encyclopedia of the world," Jezebel founder Anna Holmes says. Holmes edited the new book, and warns NPR's Arun Rath that the volume isn't intended to be comprehensive.

"There is plenty of stuff that I forgot to put in there," she says. "So when I say 'encyclopedia of the world,' — it's an abridged encyclopedia."

She discusses her brainchild and some of the site's best projects to date — including a collection of unretouched photographs from popular beauty magazines.

"With the website, what we were trying to do, and I think we did, was to provide an alternative to traditional women's media — and by that I mean mostly women's magazines, but also some websites that existed — that I felt and the staffers felt were patronizing to young American women in that they tended to promote an obsession with romance or the acquiring of a man and the keeping of a man and the pleasing of a man, in addition to things like consumerism, buying clothes, makeup, etc.

"And it's not that we have a problem with clothes or makeup — or men — but women are much more diverse in their interests (and multifaceted) than a lot of women's media was giving them credit for."

"That was, I believe, about a month and a half after we launched. We launched in May 2007 and one of the first posts that went up was a call for an unretouched cover photograph of a women's magazine. Now, these are not easy things to just get. I mean, they're kept under lock and key for a reason. I would assume that maybe five people ever see an unretouched cover photograph of, let's say, Cosmo or Glamour.

Anna Holmes founded Jezebel, a blog that offers a feminist take on traditional women's magazine content, in 2007. She resigned as editor in 2010 and is now a columnist for The New York Times Book Review. Anna Wolf/Courtesy of Grand Central Publishing hide caption

Anna Holmes founded Jezebel, a blog that offers a feminist take on traditional women's magazine content, in 2007. She resigned as editor in 2010 and is now a columnist for The New York Times Book Review.

"I got a couple of submissions over the following weeks and the best one, meaning the worst one, was a cover of Redbook magazine. It was an image of Faith Hill and comparing it to the cover that was on the news stand, which was out right about that time, it was apparent that they had slimmed her down considerably. They had just done things to her limbs, her skin, her face, her body, her hair that when you compared these two photos side by side it was really quite startling.

On her favorite entry from the book

"There are — one, two, three, four, five, six, seven, eight — nine other cats in the illustration. One of the cats is dressed up in an outfit. I mean, I don't know anyone who actually dresses their cats up in outfits, but...

"Then at the bottom it says, 'note lack of ring,' meaning lack of wedding ring. Now, that's totally unfair, but it was hyperbole. I don't think anyone really thinks that women who love cats don't get married."