Accessibility links
'It Takes A Crisis': How '73 Embargo Fueled Change In U.S. When Saudia Arabia cut off direct oil shipments to the U.S. 40 years ago, the country was thrown into shock. Calls for energy independence grew louder. The U.S. is now producing more of its own oil and natural gas than ever, but the commitment to efficiency has been uneven. 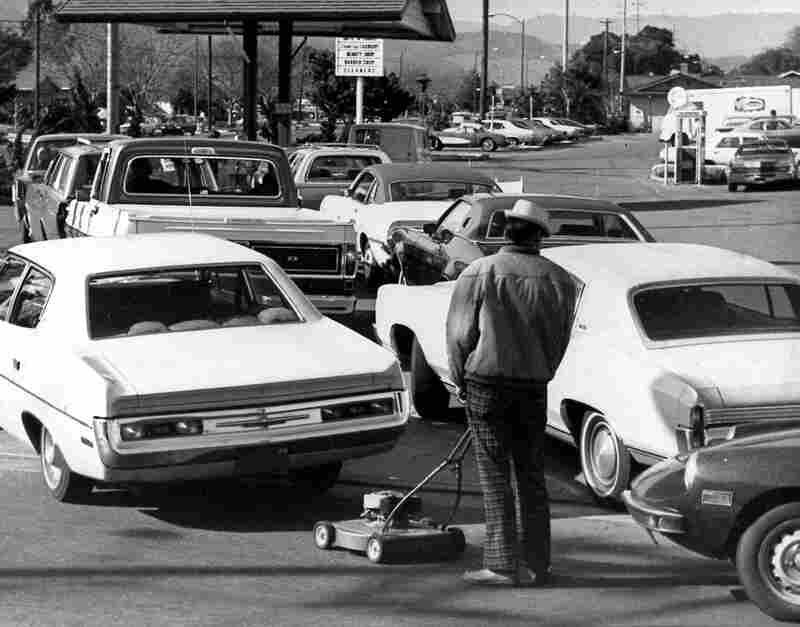 Drivers and a man pushing a lawnmower line up at gas station in San Jose, Calif., in March 1974. AP hide caption 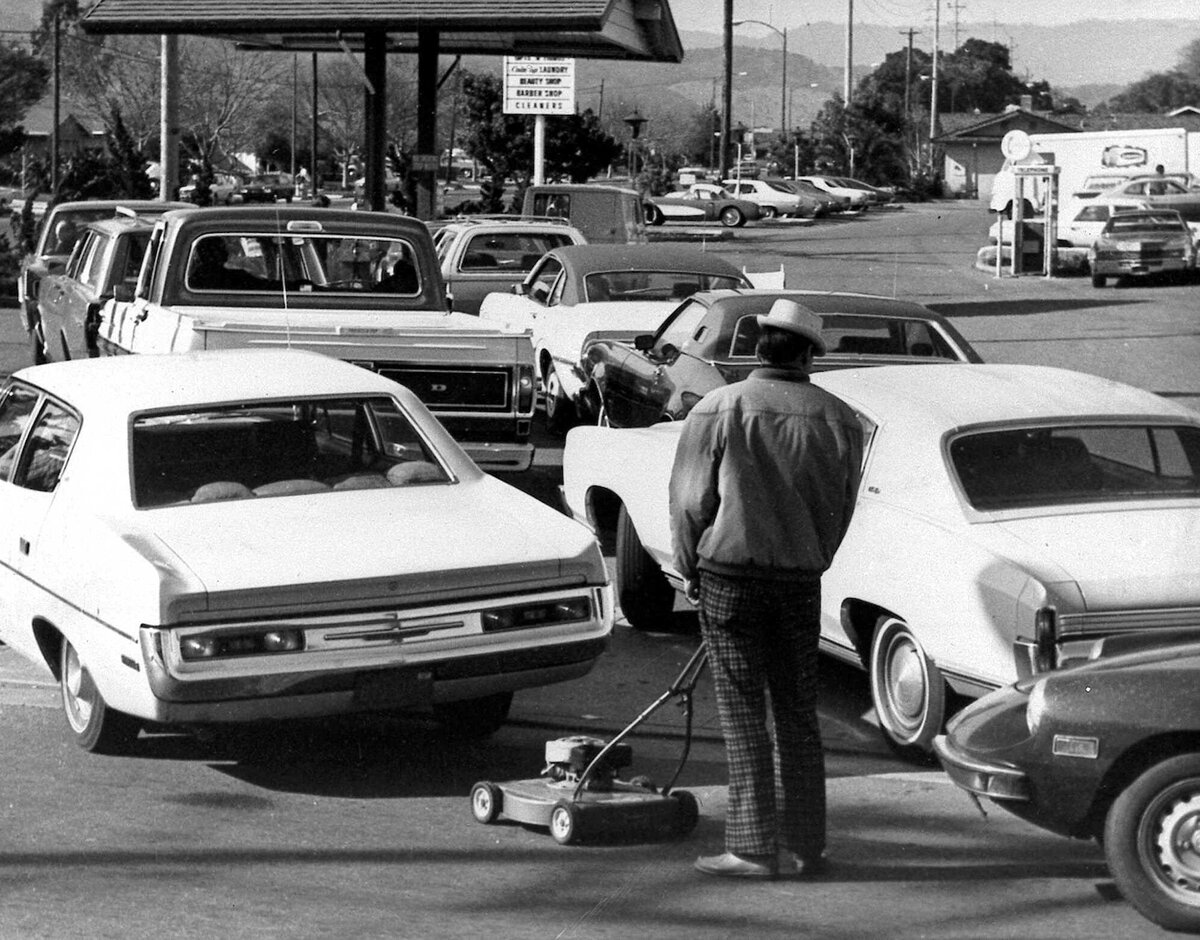 Drivers and a man pushing a lawnmower line up at gas station in San Jose, Calif., in March 1974.

Americans started thinking differently about U.S. dependence on imported oil 40 years ago this Sunday. Decades later, the U.S. is in the midst of a homegrown energy boom.

The oil embargo began in 1973. The United States had long taken cheap and plentiful oil for granted when Saudi Arabia shocked the country by suddenly cutting off all direct oil shipments in retaliation for U.S. support of Israel. Other Arab countries followed suit.

"Whenever the American people are faced with a clear goal, and they are challenged to meet it, we can do extraordinary things," he said.

One outgrowth of that '73 embargo was a new, bipartisan group in Washington dedicated to energy efficiency. The Alliance to Save Energy still exists, and its president, Kateri Callahan, says there has been a lot of progress.

"Since the 1970s, our economy has doubled its energy productivity. We're producing twice as much for each unit of energy that we use," she says.

But the commitment to efficiency has been uneven, rising and falling with the price of gasoline. When gas prices tumbled in the 1990s, Americans traded in their fuel-efficient cars for SUVs. Callahan says the U.S. still lags other developed countries in its energy-efficiency gains.

"We had a flurry of activity. And then, because of cheap oil and easy and abundant resources, we were lulled into complacency. So it takes a crisis to mobilize the United States, unfortunately," she says.

After dipping during the recent recession, crude oil prices are now back around $100 a barrel, and Americans are rediscovering the benefits of fuel efficiency. Two years ago, automakers agreed to develop cars that will go twice as far on a gallon of gas by 2025.

U.S. Is The World's Largest Producer Of Natural Gas. Here's What That Means

In the meantime, America has witnessed a revolution on the supply side, thanks to advances in drilling techniques such as "fracking," which allow producers to reach previously untapped shale deposits. Rayola Dougher, a senior economic adviser for the American Petroleum Institute, says that domestic oil production has come roaring back since bottoming out five years ago.

"It's been a real stunning reversal of fortune in terms of the amount of oil and natural gas we're able to bring to the market," she says. "Last year, we brought on a million new barrels a day, which is the biggest increase we've ever done in the history of the United States."

This year, the U.S. is expected to surpass Russia as the world's largest producer of oil and natural gas. Economic historian Daniel Yergin, who writes about energy in his books The Prize and The Quest, says the boom in homegrown oil and gas is supporting more than 2 million jobs, while saving money for consumers on their electric bills.

"What's happened with oil and gas has been the most positive thing to happen in our economy since the downturn began in 2008," he says.

President Obama took note of the turnaround during a White House news conference on Tuesday.

"This year, for the first time in a very long time, we're producing more oil than we're importing. So we've got a lot of good things going for us," he said.

U.S. reliance on imported oil has dropped from 60 percent eight years ago to less than 40 percent today. Historian Yergin was thinking about that change as he watched the messy debt ceiling drama unfold in Washington this week.

"It turns out you can get natural gas out of shale, but the rock out of which we shape our national politics seems even harder and more difficult to deal with," he says.