Accessibility links
Book Review: 'Pure Gold Baby,' By Margaret Drabble In The Pure Gold Baby, a budding anthropologist raises a developmentally disabled child and confronts the challenges of middle age. This is a surprise comeback for author Margaret Drabble, who swore in 2009 that she'd never publish fiction again. 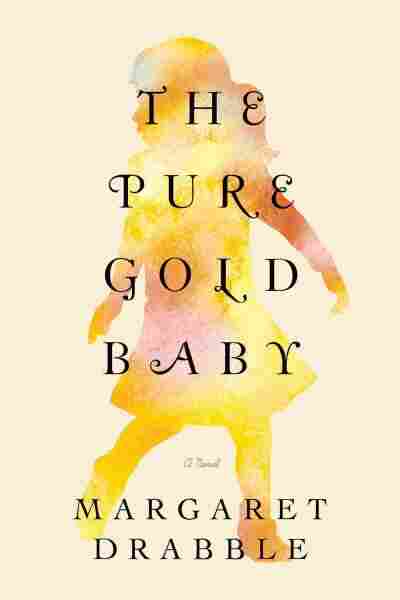 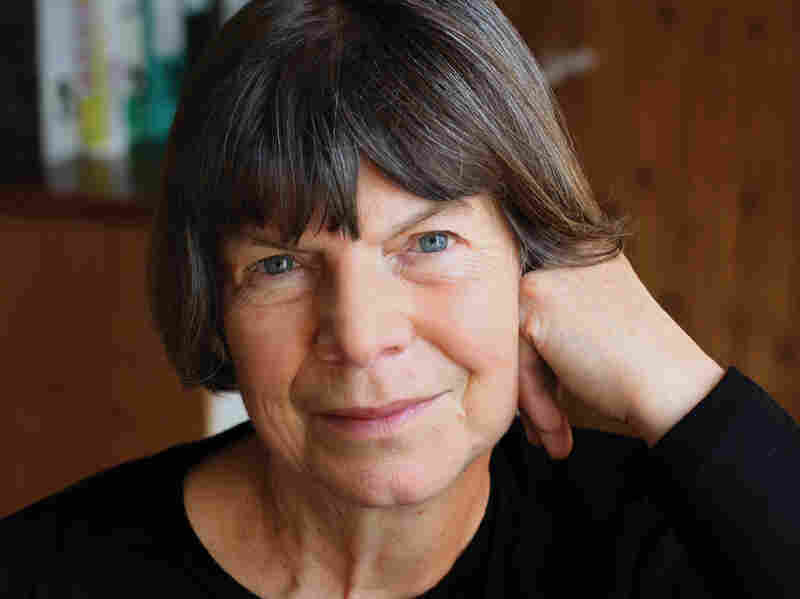 Since 1963, Margaret Drabble has published 18 novels, including The Millstone and Jerusalem the Golden. Ruth Comey/Courtesy of Houghton Mifflin Harcourt hide caption 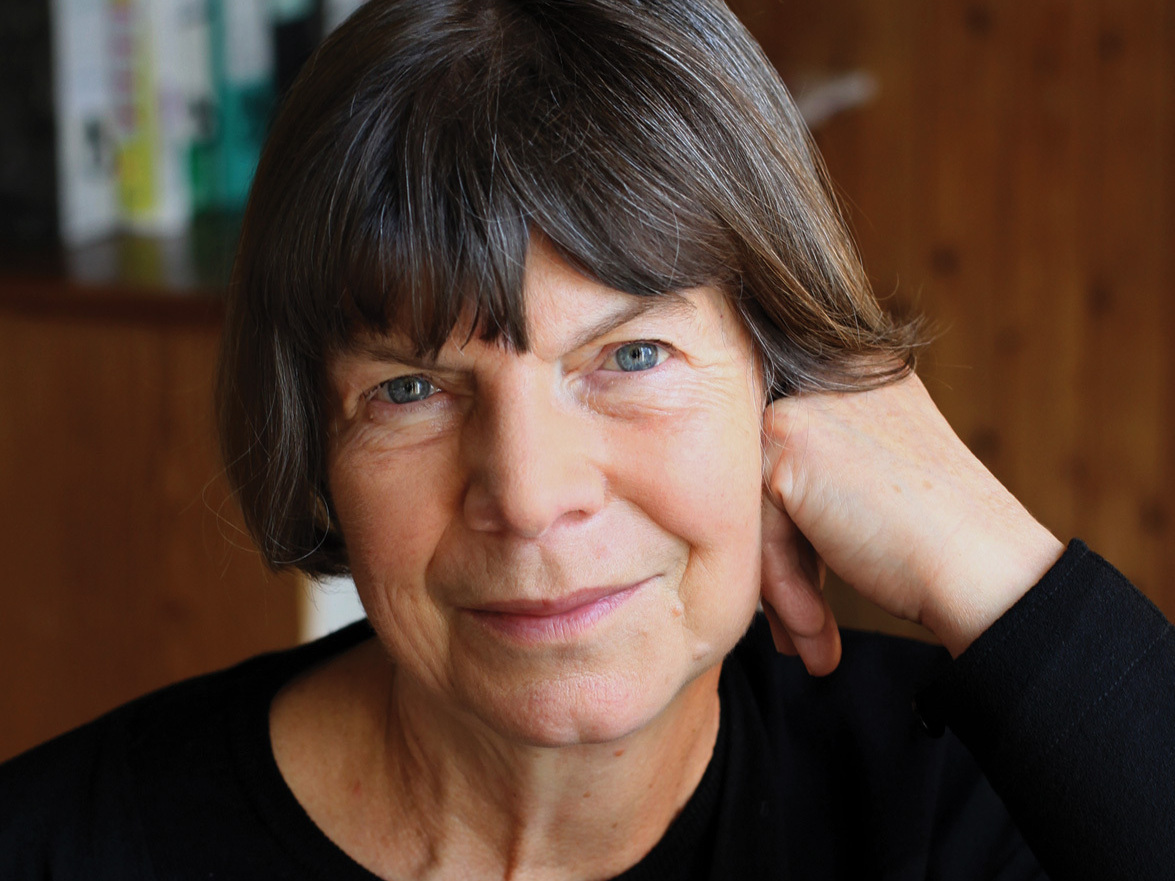 Since 1963, Margaret Drabble has published 18 novels, including The Millstone and Jerusalem the Golden.

When I think of the writers I worshiped when I was starting out in life, I always think of Margaret Drabble. She was 20 years older than I, but the serious, hip, intellectual British novelist whose black-and-white photo appeared on the front cover of some of her paperbacks seemed permanently young. Reading her was like having an extremely brainy and fashionable best friend who'd been educated at Cambridge and had really lived.

Drabble's complex, psychological novels often dealt with the experience of being a young, sexually liberated woman. Love, infidelity, accidental pregnancy, intellectual awakening — all of it took place against a backdrop of 1960s and 1970s social change, particularly feminism. Her books made me feel like I was much more sophisticated than I really was; I loved them for what they taught me, and also for how cozy and familiar they felt.

As I got older, Drabble got older too, and so did her characters. Some of her novels were about middle-aged women, and they were as well-made and deeply rich as ever, though I heard people talk about her less and less. And though she published often, I suppose that I too felt less urgency about reading every book she'd written.

Then, in 2009, Dame Margaret Drabble, an eminent and prolific writer and critic, said that she had stopped writing fiction for good, because she was worried about repeating herself. When a writer makes such an announcement (and a lot of them have been doing it lately), people sometimes pooh-pooh it and say, Oh, of course you're going to write more.

And that actually did turn out to be the case with Drabble, who has just published a moving and meditative novel called The Pure Gold Baby. On the surface, we're in early-vintage Drabble territory. Her main character, Jessica Speight, is an anthropology student who gets pregnant in the 1960s and decides to keep the baby. Anna is beautiful, blond, placid and developmentally disabled. She hasn't a mean or sly bone in her body. No one knows exactly what's wrong with her, but Jess is an accepting and kind mother, and the mother-daughter duo is at the heart of this book. Anna, the so-called pure-gold baby, is described that way by the narrator Nellie — a friend of Jess' from those early motherhood days — because of her specialness. Jess isn't pure; she has a complicated inner life, filled with yearnings and ideas and imperfections.

So: We have a classic early Drabble heroine, who gets accidentally pregnant and has the child, which is what happened in The Millstone, the author's third novel, published in 1965. But while Drabble may have worried about repeating herself, she hasn't done that at all. Instead, in The Pure Gold Baby, she's extended herself. Rather than just focusing on Jess and Anna and the beginning of their life together, Drabble does that and then keeps moving forward. (There has to be some benefit to getting old, doesn't there?) Drabble, who's now 74, has the confidence, experience and wisdom to move the story ahead into Jess' middle age and even, eventually, her old age.

Young Margaret Drabble would probably never have thought to do that. It might not have occurred to her that it would be interesting. As the narrator observes, "When you are young, you do not think you will grow old." But seasoned, long-view Margaret Drabble knows the truth. People do grow old — even young, sexy, promising characters in fiction.

And what's particularly enjoyable about this novel is the way that these two quiet, understated characters track history. We see London in the '60s and the '70s. There's a long section about a pretty wild and unconventional psychiatric community. While Jess has left the academic path, her thoughts about anthropology are deeply ingrained in her. There are lots of observations about the world, including Jess' memory of a trip to Africa, where she saw a tribe in which the children had feet that looked like lobster claws; and a fascinating story about Pearl S. Buck and her daughter, who was developmentally disabled. Not too much actually happens in this book.

There's a brief marriage to an affable, hairy American photographer named Bob, but Jess ends it for vague reasons. Therem's also a big medical scare for Anna. Old friends come and go. Someone's son goes to jail for a crime that sounds horrific. Drabble is so good creating the whole, nonlinear picture of life.

Jess doesn't even speak very much because her friend Nellie narrates the story. Because of this, The Pure Gold Baby is more muted than a lot of Drabble's work. It's definitely a low-key novel, and slightly remote, but it's also original and ultimately really affecting. I found a kind of somber bravery in the story of this unwavering, intelligent woman and her guileless and beautiful child. I'm so glad that Margaret Drabble, like her characters, just decided to keep on going.

Read an excerpt of The Pure Gold Baby