Accessibility links
Interview: Reed Albergotti And Vanessa O'Connell, Authors Of 'Wheelmen' Wall Street Journal reporters Reed Albergotti and Vanessa O'Connell say that champion cyclist Lance Armstrong was at the center of "the greatest sports conspiracy ever." Their book chronicles everything from group blood transfusions on the team bus to extensive efforts to silence and intimidate those who might expose the abuse. 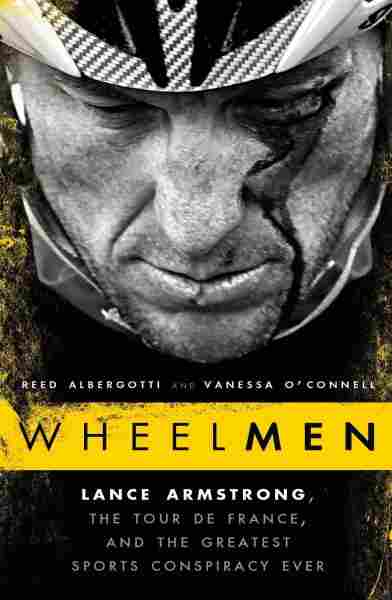 Lance Armstrong, The Tour De France, and the Greatest Sports Conspiracy Ever

by Reed Albergotti and Vanessa O'connell

"It was amazing how quickly everything happened," Albergotti tells Fresh Air's Dave Davies. In "the second half of 2012, he went from being an athlete really on the top of the world, making a comeback in triathlon, to losing all of his sponsors, all of his income, all of his Tour de France titles. It just happened so fast and I think that hit him like a ton of bricks. He was completely shocked by that."

Albergotti and O'Connell have written a new book called Wheelmen which chronicles Armstrong's emergence as a rich and powerful athlete, and explores the remarkable breadth of the doping culture embraced by his pro cycling team. There were many co-conspirators, group blood transfusions on the team bus, and extensive efforts to silence and intimidate those who might expose the abuse.

Albergotti and O'Connell had several conversations with Armstrong in their reporting. Armstrong declined our invitation to appear on Fresh Air.

On how team racing works

RA: There are nine riders on each team in the Tour de France — and these are trade teams, they're not national teams so the riders can be from all over the world. In Lance Armstrong's case they were the United States Postal Service Team, and eight of those nine riders will all take turns essentially blocking the wind in order to make it as easy as possible for that ninth rider, Lance Armstrong, to ultimately finish as high as possible in the overall standings in the race. Now, the Tour de France is three weeks long, so every bit of energy savings makes a huge difference over the course of those three weeks, so on the Postal Service Team the stronger Lance's eight teammates were, the better off he was because they could stay in the wind where they have to pedal 30 percent harder, blocking the wind for Lance.

... The name for those guys is "domestique," ... to be a domestique in the Tour de France, it's like being a starter in the Super Bowl. You might not be the quarterback, but you're playing a very important role. It means you're really one of the top 200 cyclists on the planet. 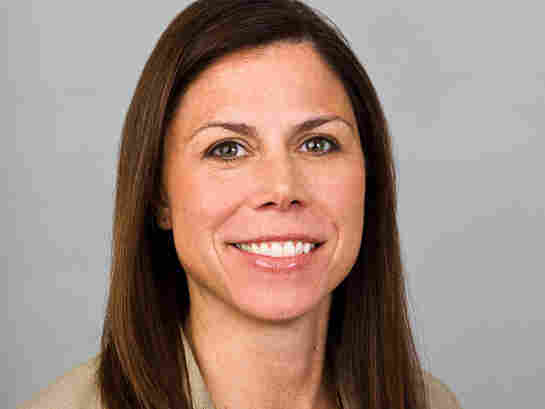 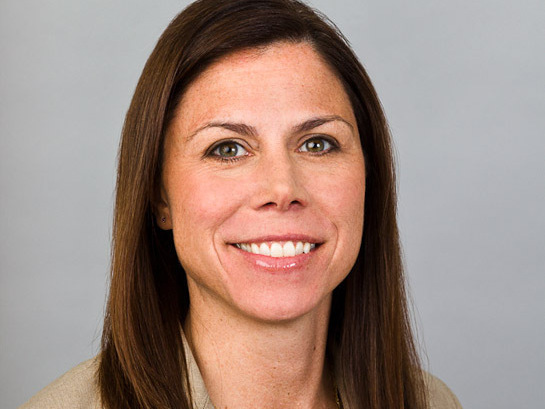 As entrepreneurship editor for The Wall Street Journal, Vanessa O'Connell created The Accelerators, a blog on startup companies.

On an admission Armstrong made while he was undergoing cancer treatment

Reed Albergotti was a founding reporter in the sports department of The Wall Street Journal, where he has worked since 2003. Michael Nathaniel Meyer/Dow Jones hide caption

Reed Albergotti was a founding reporter in the sports department of The Wall Street Journal, where he has worked since 2003.

On the new method of blood doping

RA: Eventually there was a test for EPO [a popular performance enhancing drug], it was detectable in urine tests, so they had to find new ways to boost their red blood cell count. What they settled on was blood transfusions and that involved taking out about a half liter of blood, months, weeks before the Tour de France, and then re-infusing that blood during the race. And essentially what they were doing was increasing the amount of blood in their body beyond what its normal capacity was, so they had more red blood cells, more oxygen going to their muscles, it was essentially the same thing as taking EPO, but it was their own blood so it was very difficult to test for. Once they started doing that it became much more complicated because you had all these people watching over you, the French law enforcement were raiding hotel rooms during the Tour, and to get away with doing two blood transfusions per rider per race, which is what they ultimately did, it involved transporting blood in motorcycles with refrigerated saddle bags and unmarked trailers and campers and multiple doctors, so it was a huge operation in the end.

RA: During the 2004 Tour de France they were extremely worried about French law enforcement so they had already done one re-infusion of blood on the first rest day during that race ... and they wanted to do another one. None of the riders really knew exactly when this was going to take place, but one night, as their team bus was driving back to their hotel room, the bus pulls over on the side of the road, the bus driver gets out and puts up some cones as if the bus is broken down, but it hadn't broken down, actually. They wanted to do a secret blood transfusion on the side of the road and the broken down bus was the decoy. So all of the riders lie down on the floor of the bus, team doctors hang blood bags from the luggage racks, and connect the end of those bags to the riders' veins.

On Armstrong's ability to cover his tracks

RA: There really was a scandal every single year and because of his position as this crusader against cancer he was larger than life and people did not want to believe that he could cheat in bike racing. So they really just — and this includes mainstream media — ignored all of this evidence that showed that he was doping. He was so charismatic and able to lie to the face of so many people including all of his followers and convince them that all of these allegations were completely false.

VO'C: In hindsight Armstrong had two very powerful arguments that really held sway with the public: One was, "I survived cancer, why would I take drugs? Why would I do that to myself?" That was an argument that I think really resonated with the public even though it was as lie. The other is, "I've been tested hundreds of times and I've never had a positive drug test." And people really also bought into that. They didn't fully understand that it was easy for the cyclists to beat these tests and get around them, and that drug testing at that time was meaningless.

Getting Personal, Armstrong Recounts Difficult Talk With His Kids

On what could be next for Armstrong

RA: I think a lot of it depends on the outcome of the whistleblower lawsuit. If he loses a significant chunk of his net worth then he's going to have find some way to make income and he can't compete, at least not now, so I think there are so many questions.

VO'C: Although we can't pretend to know what Armstrong will do, I think that it's likely that he'll try to come out with his own narrative, his own account, if he can, when the time is right. I don't think that time will be anytime particularly soon, but I'm sure he feels that he has a story to tell and he would like to get his side fully out so we can anticipate he'll make an attempt to do that, and certainly, he'll make an attempt to rehabilitate his image, when he feels the coast is clear and the time is right. How far that will go, or how successful that will be will really depend on how he does that and whether people believe that he is truly remorseful.

Read an excerpt of Wheelmen