Accessibility links
'Boxers & Saints' & Compassion: Questions For Gene Luen Yang Graphic novelist Gene Luen Yang's new book, Boxers & Saints, has been nominated for a National Book Award. It's the tale of a young Chinese boy and girl whose lives are upended by the Boxer Rebellion. Yang tells NPR's Petra Mayer that he was inspired by the controversial canonization of several Chinese saints in 2000.

Gene Luen Yang broke out in 2006 with American Born Chinese, the first graphic novel nominated for a National Book Award. It weaves three stories — about a Chinese-American boy, a terrible stereotype named Chin-Kee and the mythical Monkey King — into a complex tapestry of identity and assimilation.

Yang returns to the theme of identity and sense of self in his latest book, another National Book Award candidate. Boxers & Saints is a diptych following a Chinese boy and girl as their lives are upended by the Boxer Rebellion. Little Bao joins the Boxers — a violent, mystically-inspired fighting society dedicated to wiping out foreign influences in China at the turn of the 20th century. Vibiana, on the other side of the divide, sheds her Chinese name and her constrained home life to join a Christian missionary group after her family rejects her. Both must wrestle with questions of faith and identity: What does it mean to be Chinese? To be Christian? Can you be both? 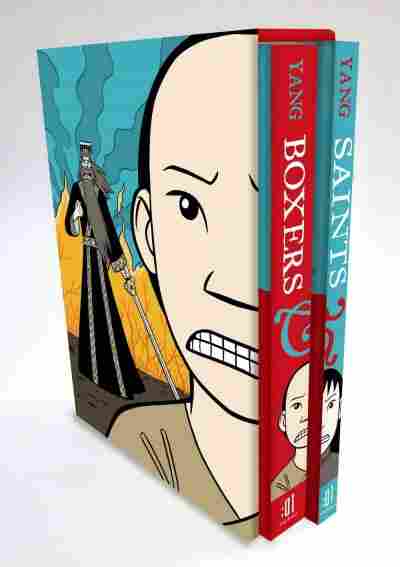 In an email interview, Yang says his Catholic upbringing inspired his interest in the Boxer Rebellion. "In 2000, Pope John Paul II canonized 120 saints of China, 87 of whom were ethnically Chinese. My home church was incredibly excited, because this was the first time the Roman Catholic Church acknowledged Chinese citizens in this way," he says. "When I looked into the lives of the newly canonized, I learned that many of them were martyred during the Boxer Rebellion. And when I looked to the world outside my Chinese American Catholic community, I realized that the canonizations were controversial. Shortly after the Vatican's announcement, the Chinese government issued a statement of protest. From their point of view, the Catholic Church was honoring traitors to Chinese culture."

This is a work deeply concerned with compassion — it draws parallels between Jesus and Guan Yin, and on a more personal level almost everyone in it is complex and hard to dislike. Little Bao, for example, is really a fanatic, but you give him depth and a believable inner struggle.

Early on in my research, I was struck by the parallels between the Boxer Rebellion and current events. The Boxers have a lot in common with many of today's extremist movements in the Middle East. Little Bao would probably be labeled a terrorist if he were real and alive today. I tried to make him understandable, but not justified. The Boxers were defending a culture under attack. Yet — within my story, at least — their view of their own culture was incomplete. There is this strand of compassion that runs through every world culture. It's embodied by Guan Yin within Eastern stories, and Christ within Western ones.

This book is also concerned with identity and sense of self – which is a recurring theme in your work, and this time you're addressing the role religion plays in identity.

Religion and culture are two important ways in which we as humans find our identity. That's certainly true for me. My experiences growing up in both a Chinese American household and the Catholic Church define much of who I am. A college writing professor once told me to write my life. Cliched advice, but still really helpful. I've tried to write from my own understanding of identity in all my comics, whether it's about superheroes or historical conflicts or monkey gods. 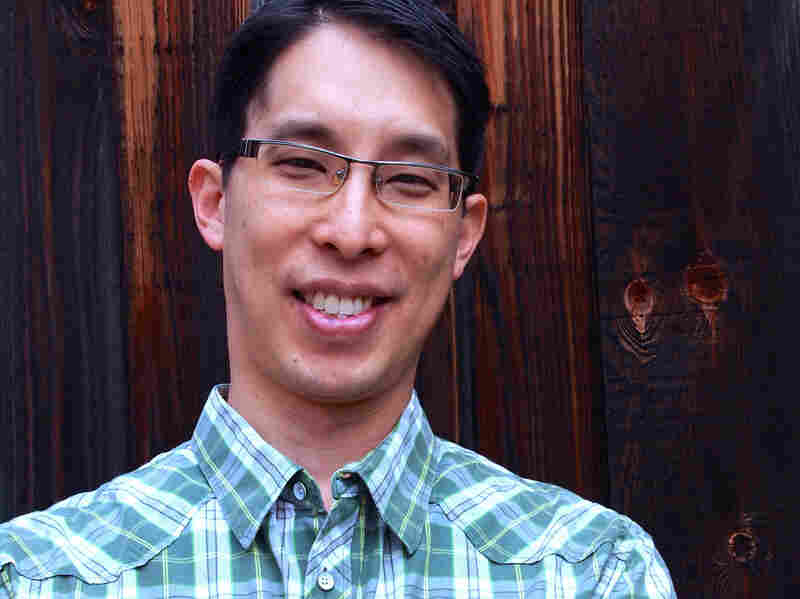 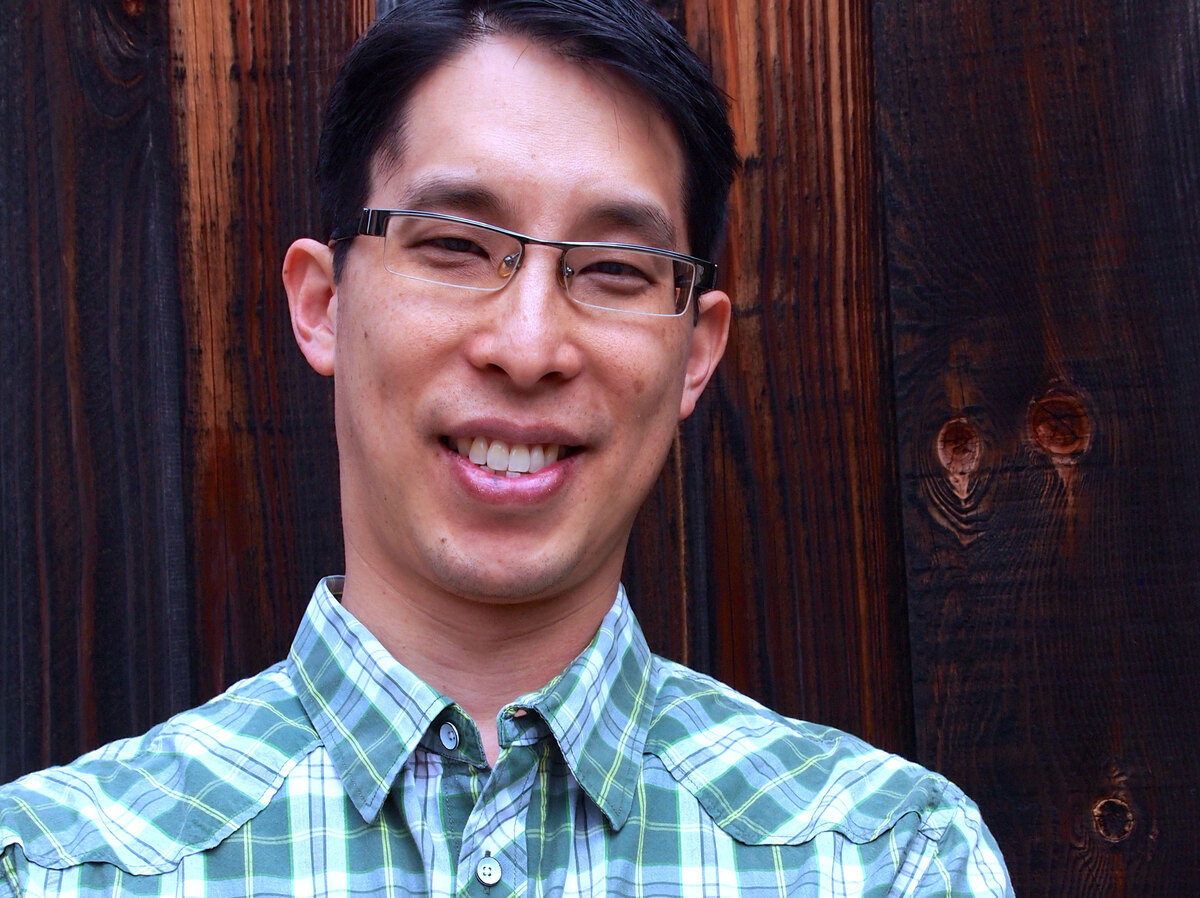 Boxers & Saints is a wrenching read — having finished it, I feel like the only reason it's in the YA category is that it features teen characters. How did you approach the story when you were writing it? Who's it for?

My main goal with all my comics is to tell a story compelling enough to get the reader from the first page to the last. I don't think about age demographics all that much during my process. The age demographics get figured out later. That said, I think my graphic novels fit pretty well in the YA category. Author Marsha Qualey says that an equation lies at the heart of all YA: Power + Belonging = Identity. That describes my stories, including Boxers & Saints. My characters long for power and belonging because they're figuring out their place in the world, their identities.

You've chosen to publish this as two separate volumes, even though the stories are intertwined.

I outlined both books together, but then I wrote and drew Boxers first, then Saints. I did them as two separate books because I wanted each to stand on their own, to have a satisfying beginning, middle, and end. Each would represent a complete, cohesive worldview. I had expected First Second Books to put out one book and then the other in two separate seasons. It was my editor Mark Siegel who suggested the simultaneous release. That guy is super-smart.

What do you want readers to take away from Boxers & Saints?

I hope readers are inspired to look into the actual historical event. The Boxer Rebellion doesn't get all that much attention on this side of the Pacific, but it still resonates in modern China. The Boxer Rebellion, and all the events of China's Century of Humiliation, still weighs heavily on their foreign policy. As China grows economically, as China and America's relationship evolves, events like the Boxer Rebellion will gain importance in Western history classes.

Read an excerpt of Boxers & Saints