Accessibility links
The 1975, Influenced By The '80s The pop-rock group debuted at No. 1 in the U.K. this year with its self-titled debut record. Lead singer Matthew Healy describes how films from the 1980s inspired the band's songs of teenage love and lust. 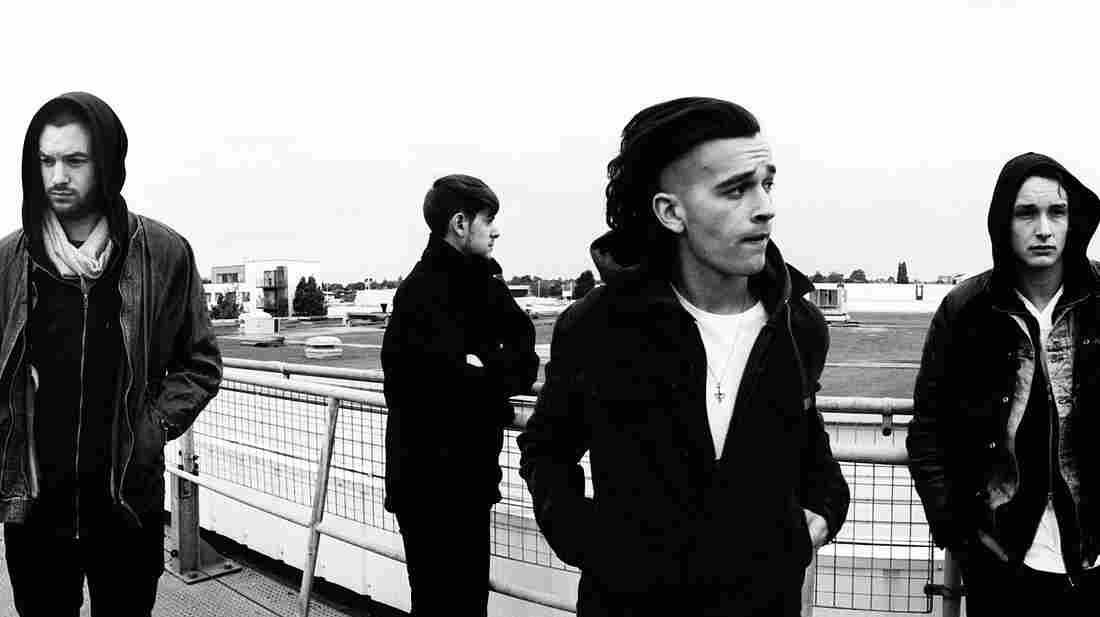 The 1975's self-titled debut is out now. Dave Ma/Courtesy of the artist hide caption

The 1975 has been on a meteoric rise in 2013. The pop-rock quartet's self-titled debut album landed at No. 1 in the U.K. Earlier this summer, the band opened for The Rolling Stones in Hyde Park, London.

While the band is rooted in the present with its current success, its throwback influence goes beyond its name. Lead singer Matthew Healy says The 1975 was inspired by the 1980s — specifically, '80s teen movies.

"Those movies, they discuss everything that I discuss: love, fear, sex and a longing for something beyond. A longing for something bigger," Healy says. "Everybody knows the feeling of a moment being particularly cinematic. I don't know what the world was like before cinema and music and art existed. All I know is that my brain is based around the things that I've seen. And I think the idea of romance, that kind of lustful desire, that's what I am obsessed with."

John Hughes, the filmmaker behind cult classics like The Breakfast Club, Ferris Bueller's Day Off and Sixteen Candles, put teen angst front and center in his productions; Healy says those movies have stayed with him and influenced the lyrical imagery of songs like "Heart Out."

"It's an obvious fist-in-the-air moment. You can imagine doing an amazing freeze-frame shot to this song," Healy says. "There's such a visual element to it when I'm writing. I have quite a clear-cut narrative — a tiny John Hughes movie, if you will — in my head when I'm writing."