Accessibility links
Thao & The Get Down Stay Down On Mountain Stage Thao Nguyen has recorded three albums with her band, including the latest, We the Common. The group's set includes the title track, which is dedicated to an inmate Nguyen bonded with as a volunteer. 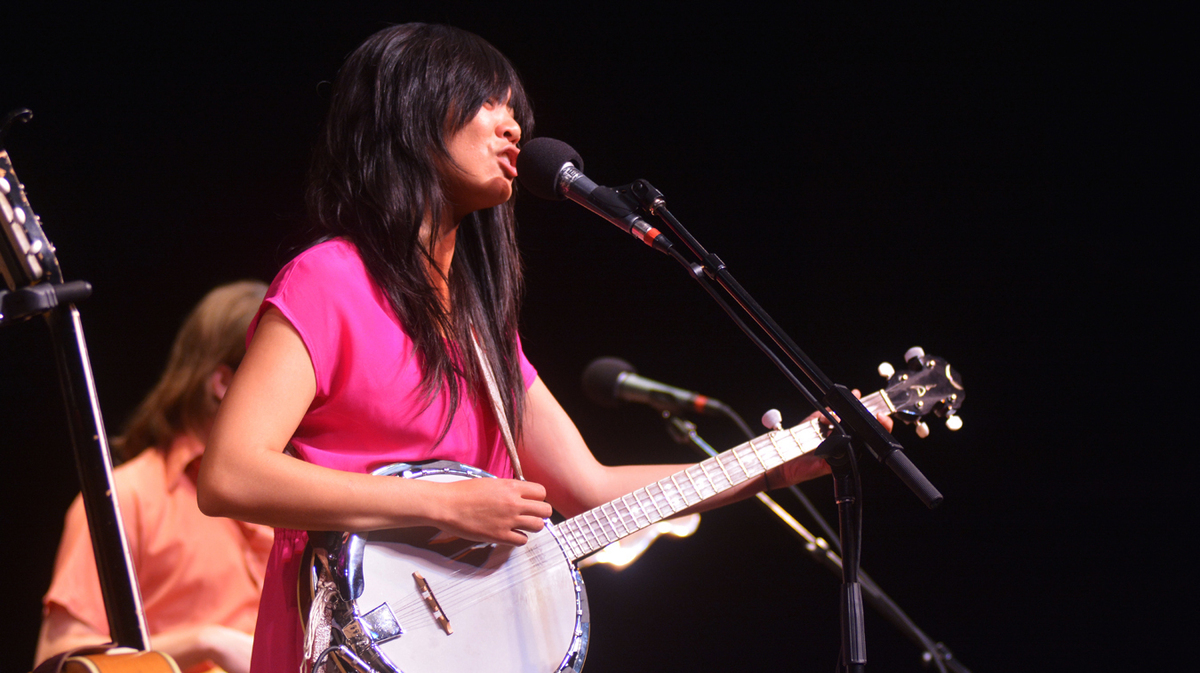 Thao & The Get Down Stay Down performing live on Mountain Stage.

Thao & The Get Down Stay Down On Mountain Stage

Thao & The Get Down Stay Down On Mountain Stage

Thao & The Get Down Stay Down make their first appearance on Mountain Stage, recorded live at the Culture Center Theater in Charleston, W.V. Based in San Francisco by way of Falls Church, Va., Thao Nguyen has recorded three acclaimed albums with her band, The Get Down Stay Down, including the latest, We the Common.

Nguyen met drummer Willis Thompson while both were students at the College of William and Mary, and it wasn't long before the two were playing the hybrid of jazz, string band music and indie pop the group would become known for.

The musicians have worked with Andrew Bird, Joanna Newsom, and toured the U.S. with NPR's Radiolab. Nguyen has also done extensive volunteer work with the California Coalition for Women Prisoners, which inspired the band's latest release. Its sprightly leadoff track, which is featured in this set, is dedicated to Valerie Bolden, an inmate Nguyen bonded with while volunteering.