Accessibility links
Book Review: 'Roth Unbound,' By Claudia Roth Pierpont Claudia Roth Pierpont's new Roth Unbound looks at themes in the work of Philip Roth (no relation). All the themes, in every book by the famously prolific writer. Reviewer Heller McAlpin says it's "a dazzling if sometimes exhausting journey" that dutifully addresses Roth's foibles as well as his talent.

An Exhaustive Survey From Columbus To Nemesis In 'Roth Unbound'

An Exhaustive Survey From Columbus To Nemesis In 'Roth Unbound' 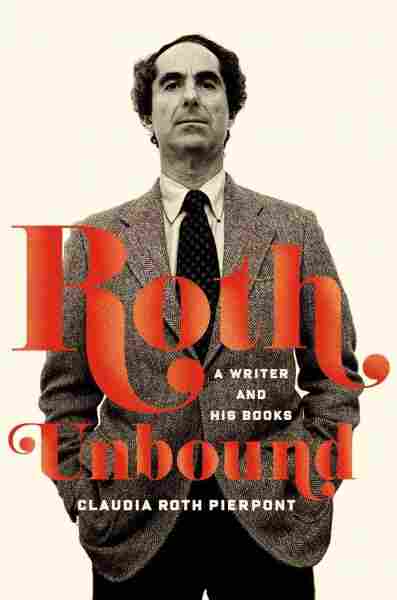 A Writer and His Books

Roth Unbound, Claudia Roth Pierpont's aptly titled study of Philip Roth's evolution as a writer, unleashes a slew of memories — including my eye-opening first encounter with Portnoy's Complaint as a naive 14-year-old. It also stokes a strong desire to re-read his books, which I suspect will be the case for many.

About that early memory: My father was an avid fan, who connected with Roth's exuberant, subversive take on sex and what it meant to be both a secular Jew and an American in the years following WorId War II. And because I read pretty much whatever I found lying around our home, I wrote a report on his groundbreaking fourth book in my ninth grade reading journal. While most readers were shocked by Portnoy's outrageous, unquenchable lust, what bowled me over was the realization that my overbearing Brooklyn grandmother wasn't unique: Roth had captured her right down to her name, Sophie! (My teacher, no doubt taken aback, commented, "I'd never recommend it to ninth grade readers, but you seem to have seen what's best in it.")

Pierpont, no relation to Roth despite her middle name, became friendly with the writer after he sent her a letter in response to one of her New Yorker articles. In the book's introduction, she acknowledges that she has benefited from his decision to stop writing fiction, which he announced publicly last year: Now "he had time to talk about his work because he wasn't doing it anymore." Her book is sprinkled with tantalizing glimpses of the man, whom she describes as "a brilliant talker ... as funny as you might think from his books," and of his life, including an amusing dinner at his Connecticut home with Mia Farrow. There are also passing mentions of lovers who provided the models for some of his characters. But readers looking for more of the juicy personal stuff will have to wait for a full-scale biography. Roth Unbound is mainly about the books. 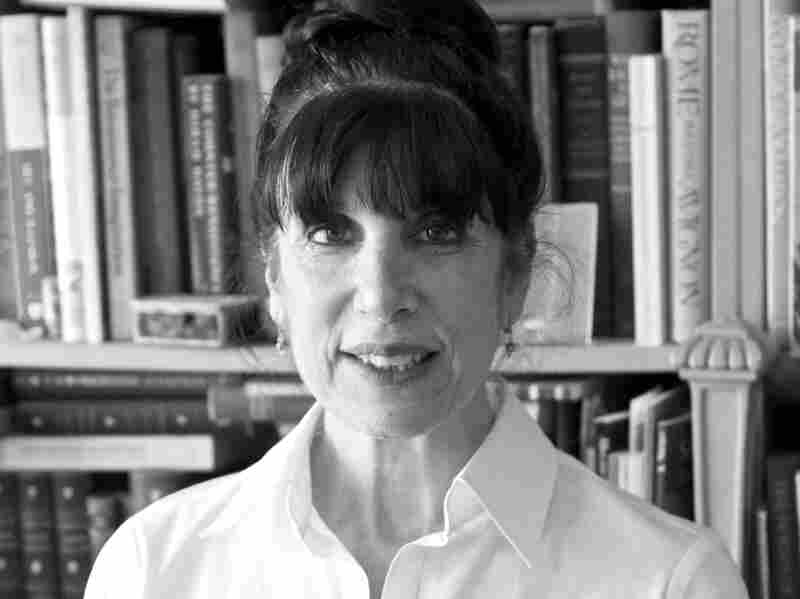 A longtime contributor and staff writer for The New Yorker, Claudia Roth Pierpont is the author of Passionate Minds: Women Rewriting the World, a collection of essays on women writers. Shiva Rouhani/Courtesy of Farrar, Straus and Giroux hide caption

All of them. Pierpont tracks Roth's recurrent themes — Jewish identity, manliness, sexual desire, art versus life, the unpredictable savagery of history, illness and mortality – through one book after another, from Goodbye, Columbus in 1959 to Nemesis in 2010. This makes for a dazzling if sometimes exhausting journey. We're relieved when she finally makes it through the entire formidable stack and brings us up to date in a more intimate bonus chapter, "Afterthoughts, Memories, and Discoveries: At It Again."

Despite her personal tie and obvious admiration, Pierpont doesn't mince words in her literary criticism, and her book is better for it. She deems Roth's first novel, Letting Go, "overlong and — toward the end, especially — laborious." His 1998 novel, I Married a Communist (part of his American trilogy, along with American Pastoral and The Human Stain) "does not really work," she writes. "I don't believe there is a book by Roth in which the voices are dimmer or less engaging."

On the other hand, The Ghost Writer, published in 1979, elicits her highest praise: "Like The Great Gatsby or Willa Cather's The Professor's House, it is one of our literature's rare, inevitably brief, inscrutably musical, and nearly perfect books." Then she probes further: "What had happened to make this possible?"

Philip Roth and His 'Everyman,' Revisited

Pierpont flags Roth's "vocal immediacy," exceptional ear and inventive playfulness, his penchant for Swiftian satire, "hall-of-mirrors intricacy," moral dilemmas, doppelgangers, counterlives and "the rapturous list." She reminds us repeatedly that even the recurring characters who share his biographical details — Nathan Zuckerman, David Kepesh, and "Philip Roth" — are masks, and are not to be mistaken for the author. She keeps her quotes to a minimum, but they include winners like this line from The Counterlife: "Jews are to history what Eskimos are to snow."

Pierpont dutifully — and defensively — addresses the accusations of anti-Semitism and misogyny that have shadowed Roth throughout his career, the latter amplified after the 1996 publication of his second wife Claire Bloom's furious post-divorce memoir, Leaving the Doll's House. "It should be clear by now," she comments, "that Roth, when attacked, prefers to goad rather than retreat: to make mischief, to get adrenaline flowing." It often seems that he's fueled by what Mickey Sabbath, his "deliberately abrasive and insanely funny" misanthropic character in Sabbath's Theater, called the male hormone: "preposterone."

In her enthusiasm, Pierpont occasionally goes over the top with "not since" pronouncements. "It's possible that not since Proust has a writer so nearly captured Time," she writes of Sabbath's Theater. Or, more broadly: "Not since Henry James, it seems to me, has an American novelist worked at such a sustained pitch of concentration and achievement, book after book after book." Which leaves me wondering: What about John Updike and Saul Bellow (both of whose relationships with Roth she considers at length)? Not to mention Joyce Carol Oates and E.L. Doctorow.

That said, Roth Unbound brings heightened understanding to the extraordinary scope and risk-taking brilliance of Roth's work, and makes a compelling case for its enduring importance. In fact, not since I first read Portnoy's Complaint have I been so struck by a writer's willingness to – dare I say it? – expose himself to so much outraged criticism.

Read an excerpt of Roth Unbound