Accessibility links
A Father, A Daughter And Lessons Learned In celebration of the 10th anniversary of StoryCorps we hear again from Wil Smith, a single dad who took his infant daughter, Olivia, with him when he went to college. Now, Wil is helping Olivia with her school search, a role he says he's happy to have after a battle with colon cancer. 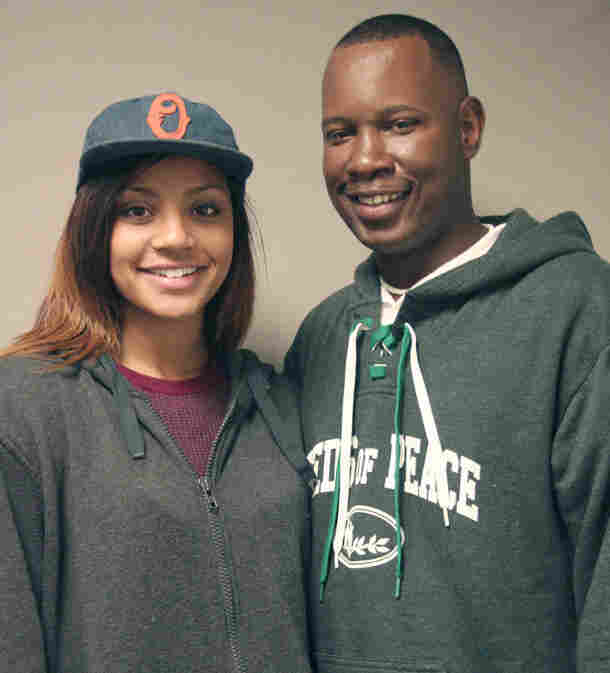 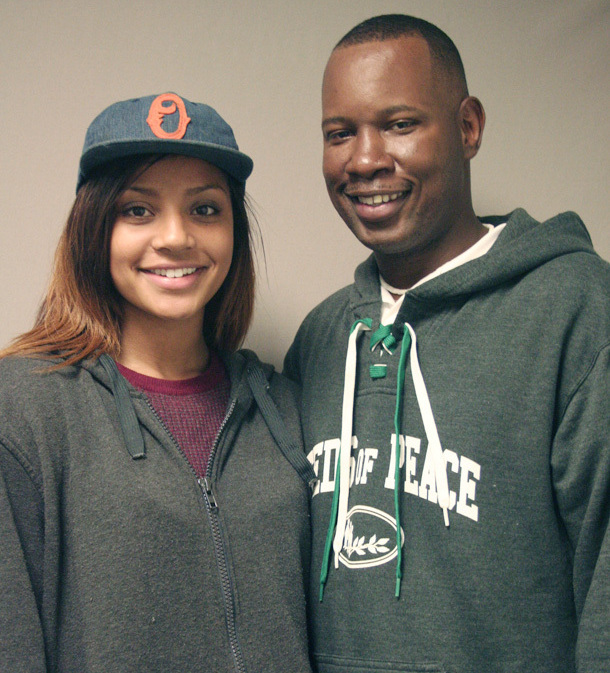 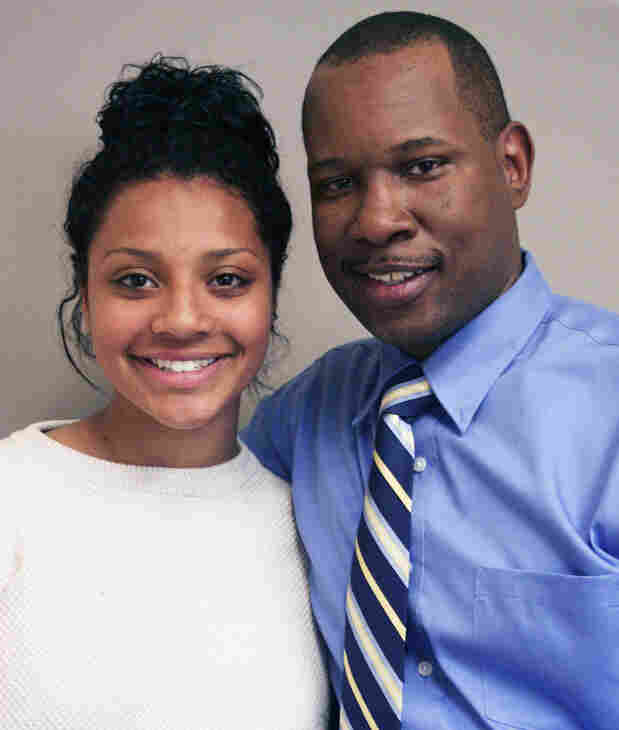 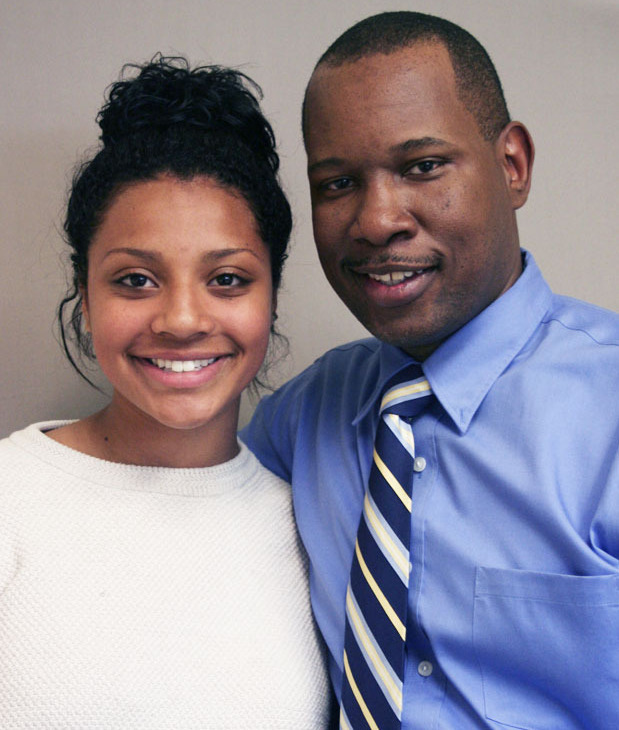 Wil Smith visited StoryCorps with his daughter, Olivia, in Sheffield, Mass., in 2012.

When we met Wil Smith last year, we learned that he and his daughter, Olivia, had been unlikely college roommates at Maine's Bowdoin College in the late '90s. At 27, not only was he older than the other students, but he was also a single dad raising an infant.

"I wasn't planning on having you as my roommate. I actually thought that if Bowdoin College knew I had you, they wouldn't let me come to college so, I hadn't mentioned it to anyone," he told Olivia at StoryCorps last year.

To make ends meet, he got a job working at Staples office supply store at night, and sometimes had to take Olivia with him, where he would hide her in the closet: "I think I lost something like 27 pounds, just from stress and not eating, because I didn't have enough for both of us."

Wil is helping Olivia with her school search, a role he says he's happy to have after a battle with colon cancer. It was a diagnosis he received just before recording the StoryCorps interview in 2012. After undergoing chemo treatments, he is now cancer-free.

"When I was going through treatments, one of the things that helped me through was knowing that had I not been there to help you through this process, you would have figured it out by yourself. But now I'm grateful that I am here and with you," Wil says.

"I'm also glad that we're here," says Olivia. "Thank you for always being there for me and just giving me the life that I have."

Click on the audio link above to hear the Smiths' story.

Produced for Morning Edition by Jasmyn Belcher with Nadia Reiman.

And as StoryCorps celebrates its 10th anniversary, all week NPR will be revisiting some of your favorite stories. You can read Wil and Olivia's story in the new StoryCorps book: Ties That Bind.