Accessibility links
Is Eastern State Penitentiary Really Haunted? At Philadelphia's historic prison, Cellblock 12 is known for cackling and echoing voices, Cellblock 6 for shadowy figures darting along the walls, Cellblock 4 for ghostly faces. Footsteps. Wails. Whispers. For decades, people have told the same eerie stories, over and over again.

A Philadelphia Prison's Grim Past

With its looming, gloomy high stone walls, crumbling corridors, and stark cells that once housed thousands of hard-core criminals, Eastern State Penitentiary certainly looks haunted. Its 142-year history is full of suicide, madness, disease, murder and torture, making it easy to imagine the spirits of troubled souls left behind to roam its abandoned halls.

At An Abandoned Philadelphia Prison, All Hell Breaks Loose

The harsh punishments used on prisoners are enough to make you shiver even without seeing a ghost. There was the water bath, in which inmates were dunked then hung out on a wall in winter until ice formed on the skin. The mad chair, which bound an inmate so tightly that circulation was cut off, later necessitating amputations. The iron gag, in which an inmate's hands were tied behind the back and strapped to an iron collar in the mouth, so that any movement caused the tongue to tear and bleed profusely. And "The Hole," a dank underground cell where unfortunate souls had no light, no human contact, no exercise, no toilet and little food and air.

The prison, which closed in 1971, is considered by several sources to be one of the most haunted places in America. It has been featured on the Travel Channel's Ghost Adventures and Most Haunted Live, Syfy's Ghost Hunters and MTV's Fear. Dozens of paranormal researchers visit every year and report that it's a hub of otherworldly activity. Perhaps most convincingly, there are the stories of eerie experiences by visitors, staff, guards and inmates that have corroborated each other since the 1940s. 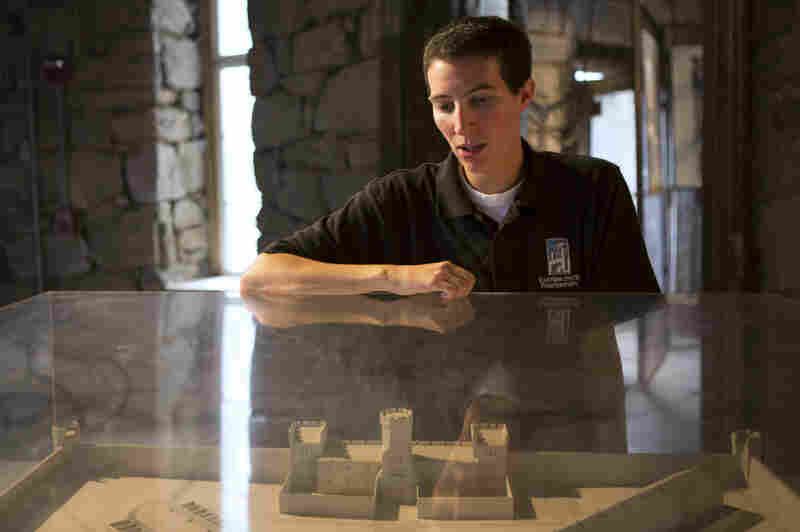 Cellblock 12 is known for echoing voices and cackling; Cellblock 6 for shadowy figures darting along the walls; Cellblock 4 for visions of ghostly faces. Many people have reported seeing a silhouette of a guard in one of the towers. Footsteps. Wails. Whispers. The same stories, over and over again.

One of the most legendary tales comes from Gary Johnson, who helps maintain the crumbling old locks at the prison. In the early 1990s, he had just opened an old lock in Cellblock 4 when he says a force gripped him so tightly that he was unable to move. He described a negative, horrible energy that exploded out of the cell. He said tormented faces appeared on the cell walls and that one form in particular beckoned to him.

But tour guide Ben Bookman says, "It's a lot harder to find a believer than it is to find a skeptic here. We at Eastern State do not claim that the prison is haunted. We run a haunted attraction."

Bookman says the staff does not like to exploit the prison's darker image. "Most people making TV shows come in looking for ghosts. That's not the story we tell. Inmates were real people. These were people's lives. Seventy-thousand people spent time here. We're not going to glorify it, and we're not going to make fun of it."

Perhaps hauntings are a self-fulfilling prophecy — if you want to have a haunted experience, your imagination just might make sure you do. Certainly there are thousands of visitors who say they've experienced no odd feelings, no sudden chills, no strange sounds, no apparitions. And yet there are plenty who say they have.

What do you want to believe?