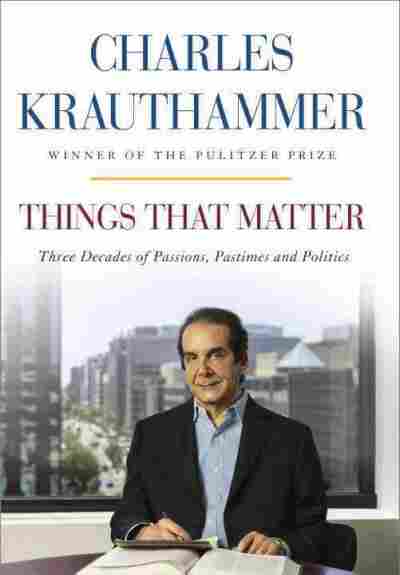 Long before he was a conservative writer, Charles Krauthammer was a psychiatrist. He tells NPR's Steve Inskeep that he changed career paths because he didn't buy into popular beliefs about a psychiatrist's power: "There is a mystique about psychiatry," he says, "that people think that you have some kind of a magical lens ... Superman's X-ray vision into the soul. One of the reasons I left psychiatry is that I didn't believe that."

In his new book, Things That Matter, Krauthammer presents selections from over 30 years' worth of columns on politics and culture. It seems like rich territory for applying some of the knowledge from his former career, but Krauthammer insists his journalism is not influenced at all by the things he learned as a doctor — though, he jokes, he's been using his real-life powers of hypnosis during his television appearances.

Krauthammer talks to Inskeep about the "battles internal" of the Republican Party, his tactical advice about debt ceiling negotiations, and why he doubts a budget compromise is in America's near future.

On the divide in the Republican Party today

I would say the analogy is to the anti-war movement among the Democratic Party in the late '60s, early '70s. Remember, the Democrats were very Cold War hard-line, with Truman and Kennedy, and then comes the anti-war element. Now, the integration of these sort of insurgent, energetic movements is always very rocky. So I think it does cause the battles internal as we saw during the shutdown, but I see these ... far more as tactical arguments as this coalition tries to meld together than anything fundamental. 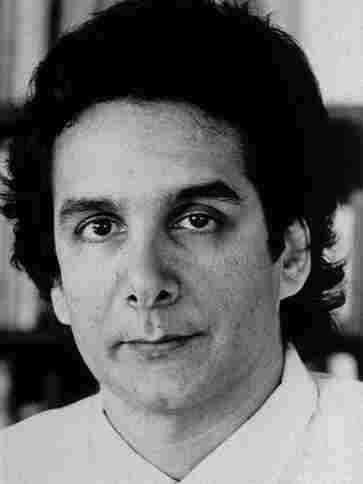 Charles Krauthammer, seen here in 1987, is a Pulitzer Prize-winning syndicated columnist whose work appears regularly in The Washington Post and on Fox News. AP hide caption 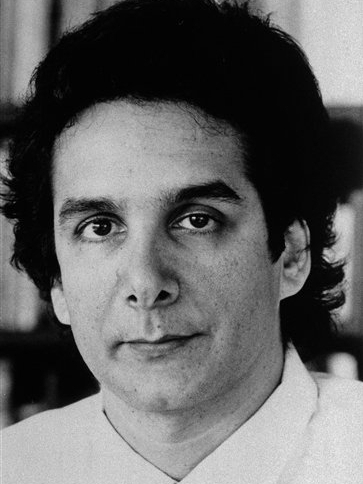 Charles Krauthammer, seen here in 1987, is a Pulitzer Prize-winning syndicated columnist whose work appears regularly in The Washington Post and on Fox News.

What they wanted was the repeal and abolition of Obamacare ... the whole reason that this insurgency took over at the time of the shutdown and at the time of the debt ceiling was over Obamacare. Had it only been about the budget I think it would have been resolvable much earlier on.

And I think the veterans, the establishment so-called, the cocktail-swilling RINOs [Republicans In Name Only] of which I have now become appointed an honorary member by the Tea Party types — if you've been around here you know that this wasn't going to work. If you control one house of Congress you cannot abolish something like Obamacare, no matter how much pressure you apply.

Negative ... major negative, the same way I've gotten a hugely negative reaction to my opposition to the tactic of some Republicans to shut down the government or threaten to and threaten the debt ceiling over Obamacare. I mean, it's not that I think they are literally anti-constitutional. You can be a blocking element — that is exactly what Madison intended — they liked gridlock. But it's designed for minorities to be able to block, but not for minorities to be able to govern.

Poking At The President: Thorns In Obama's Side

An Argument for Better Border Enforcement

This was tactical advice. I was absolutely sure — I remain absolutely sure — that neither the Republicans nor the president would allow a breach of the debt ceiling. That never was an issue. I just thought, as a tactic, there was no question that shutting the government down, or even threatening to, was a 100 percent loser for the Republicans. So as a tactic, what I was saying: Don't do the shutdown; press the president on the debt ceiling. And I think had they done that, they might have gotten something.

I'm not sure that right now we're going to see an agreement on the budget. I don't see it in this presidency. We are at a kind of crisis in the history of the welfare state, and Obama, I think, very strongly represents the social democratic elements in the party, who want to see an expansion of the welfare state, and again, as I wrote in the book in talking about the Tea Party, I do see them as this kind of constitutionalist element who are devoted to the idea of returning to a more limited form of government, and the only way that we're going to get anything done — expansion of the welfare state or curtailment — is going to be when the country decides one way or the other on Election Day, and gives all the power to one party.

Read an excerpt of Things That Matter