Accessibility links
'12 Years A Slave' Was A Film That 'No One Was Making' Director Steve McQueen tells Fresh Air's Terry Gross that he wanted to help fill a "huge hole in the canon of cinema." And actor Chiwetel Ejiofor, whose parents are from Nigeria, says he grew up feeling "a sense of unity amongst African people and people of African heritage." 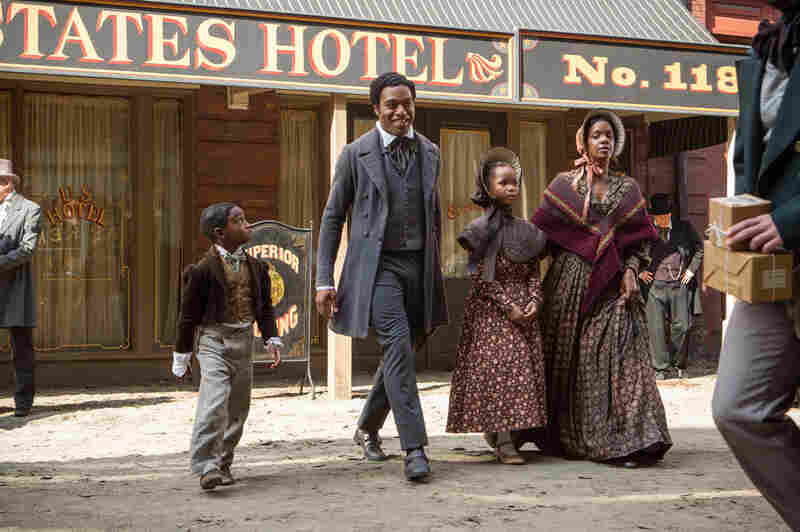 12 Years a Slave, starring Chiwetel Ejiofor, is based on an 1853 memoir by Solomon Northup, a free black man in upstate New York who was kidnapped into slavery in 1841. Jaap Buitendijk/Fox Searchlight hide caption 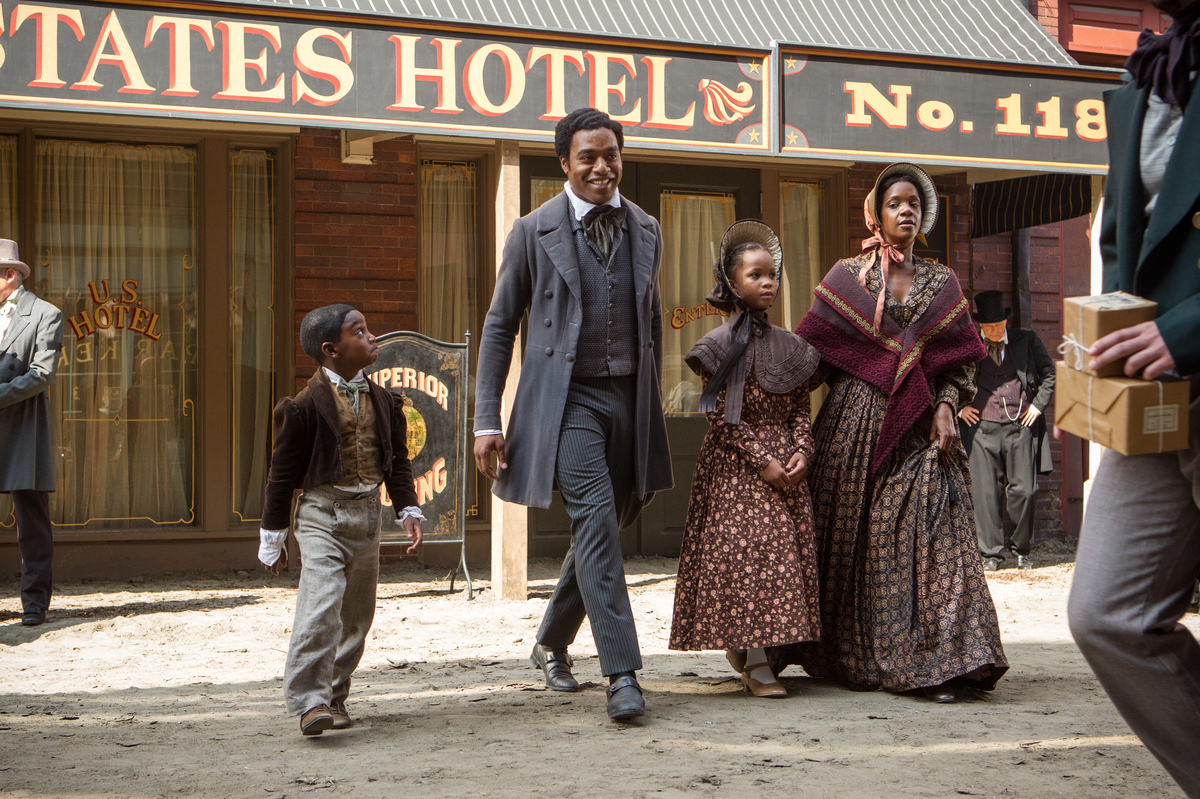 12 Years a Slave, starring Chiwetel Ejiofor, is based on an 1853 memoir by Solomon Northup, a free black man in upstate New York who was kidnapped into slavery in 1841.

The new movie 12 Years a Slave has been receiving high praise — critic David Denby recently described it in The New Yorker as "easily the greatest feature film ever made about American slavery." The film is adapted from the 1853 memoir by Solomon Northup, who had been a free black man in upstate New York. A husband and father, he was a literate, working man, who also made money as a fiddler. But in 1841, after being lured to Washington, D.C., with the promise of several days' work fiddling with the circus, he was kidnapped into slavery. Over the next 12 years before finally winning his freedom, he became the property of a series of different plantation owners — one who was especially cruel and brutal.

Director Steve McQueen and actor Chiwetel Ejiofor, who stars in the film, join Fresh Air's Terry Gross to discuss the making of the movie. Filming in Louisiana lent "so many ideas and images," McQueen says. "One of the most horrible things happened in one of the most beautiful places."

Ejiofor's other films include Dirty Pretty Things, Kinky Boots and Children of Men. He's now starring in Dancing on the Edge, the new Starz network series about a black band leader in London in the 1930s. McQueen's other films include Shame, about a sex addict, and Hunger, based on the story of Bobby Sands, who died leading a hunger strike of imprisoned IRA members protesting their treatment.

On why they wanted to make the film

My father was a great believer in the ideas of an African diaspora — of a sense of unity amongst African people and people of African heritage, and that was the attitude I suppose that I grew up with: that we were all united in this.

Steve McQueen: It was a film I wanted to see and no one was making it, so I thought to myself, "Well, I want to do this. I want to make this film." So it's one of those things where there's just a huge hole in the canon of cinema. It's such a big part of history, a huge part of American history that I thought, "That's a story I want to tell."

Chiwetel Ejiofor: My father was a great believer in the ideas of an African diaspora — of a sense of unity amongst African people and people of African heritage, and that was the attitude I suppose that I grew up with: that we were all united in this. ... Even though [we] were then spread across the world because of it. ... Being of Nigerian heritage and going over to Louisiana, you just start to feel connected to the whole sense of [slavery], to the international nature of it, to the complete absence of humanity that surrounded it.

More On 12 Years A Slave

On adapting the memoir

McQueen: I had the idea of having a free man from the North ... who gets kidnapped and pulled into the maze of slavery. I liked the idea that the audience follows this person in every step that he takes within the context of slavery. ...

[My wife] found this book called 12 Years a Slave, and I read this book, and I was totally stunned. It was like a bolt coming out of the sky; at the same time I was pretty upset with myself that I didn't know this book. ... Slowly but surely I realized that most people, in fact all the people I knew did not know this book. I live in Amsterdam where Anne Frank is a national hero. She's not just a national hero, she's a world hero, and for me this book read like Anne Frank's diary but written 97 years before — a firsthand account of slavery. I basically made it my passion to make this book into a film.

Ejiofor: [The violent scenes] are very necessary for us to understand Solomon's psychological journey to understand who he is, what he's endured, and in a wider sense, what people endured in that time. I think it gives audiences a chance to really understand the inner workings of what's happening. Those sequences ended up having a sense of privilege about them, actually, and I think if you're playing a real person you're always seeking to, in a way, legitimize your relationship with that person, to have the right to tell their story. I felt that sometimes when we were doing things that Solomon describes in the book that he went through and we were re-creating these moments as accurately as we could — and that would mean me being uncomfortable — what it meant was that it legitimized our relationship, and it made it easier for me to walk with him and tell his story.