Accessibility links
A Family Bible And Other Heirlooms, Found Online Genealogy has become a massive industry, from websites like Ancestry.com to TV shows like Who Do You Think You Are? But those focus on family lineage. What about the heirlooms and stories that fill the history of a family tree? A North Carolina business is trying to help. 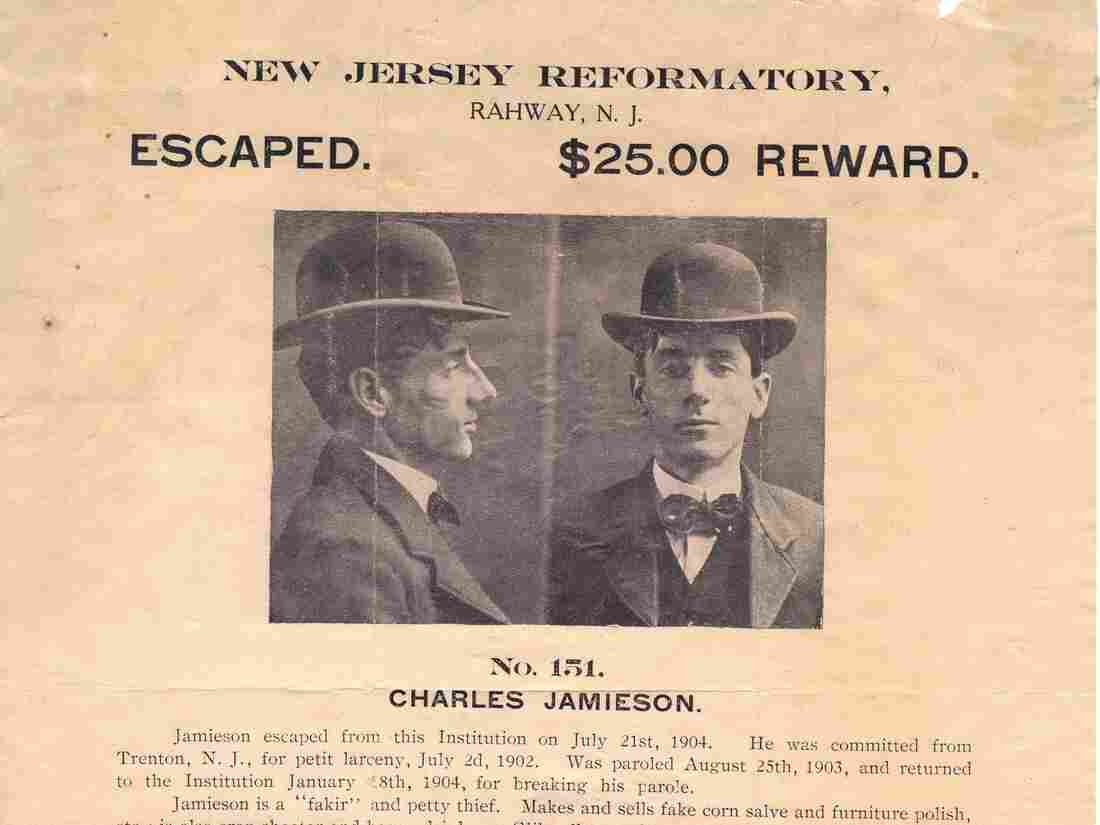 This poster from 1904 describes Charles Jamieson as a petty thief, crap shooter, "glib talker and general all-around crook and hobo." An online business helps reunite people like Jamieson's descendants with such pieces of their family history. Joy Shivar hide caption 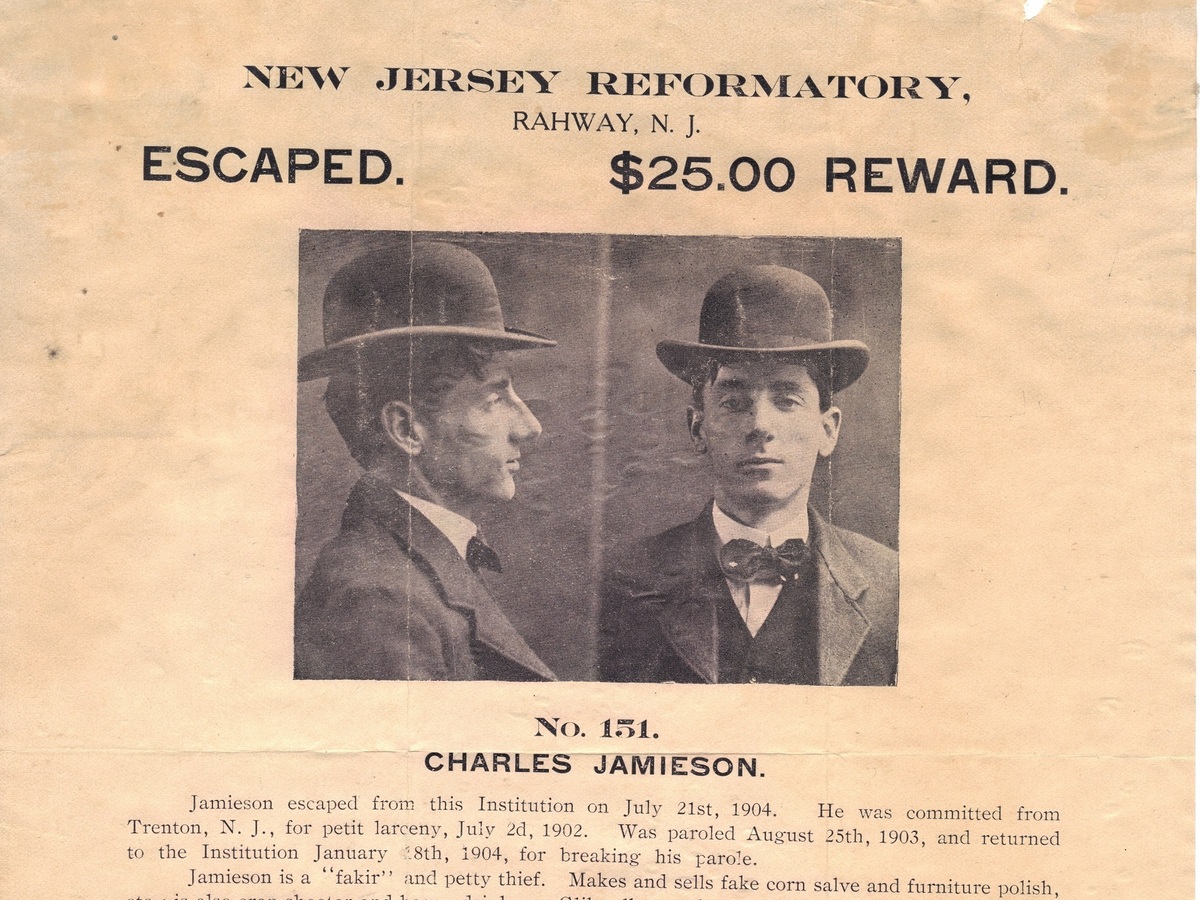 This poster from 1904 describes Charles Jamieson as a petty thief, crap shooter, "glib talker and general all-around crook and hobo." An online business helps reunite people like Jamieson's descendants with such pieces of their family history.

At the recent International Collectibles and Antiques Show in Charlotte, N.C., dealers spread out items in different booths. The warehouse looks like an old-school flea market, except for Joy Shivar's booth.

She's on her laptop, demonstrating JustAJoy.com. Enter a name in a database, and see if something hits.

The website bills itself as a family heirloom exchange for sellers and buyers. That's not unusual — there is eBay, after all.

But unlike eBay, JustAJoy doesn't take a cut of transactions. Instead, it sells memberships for $20 a year. It's more like a matching service.

"We do just provide a platform where these kinds of connections can happen," says Shivar.

Once registered, members are notified by email whenever something else is listed for sale that includes one of the surnames they listed. 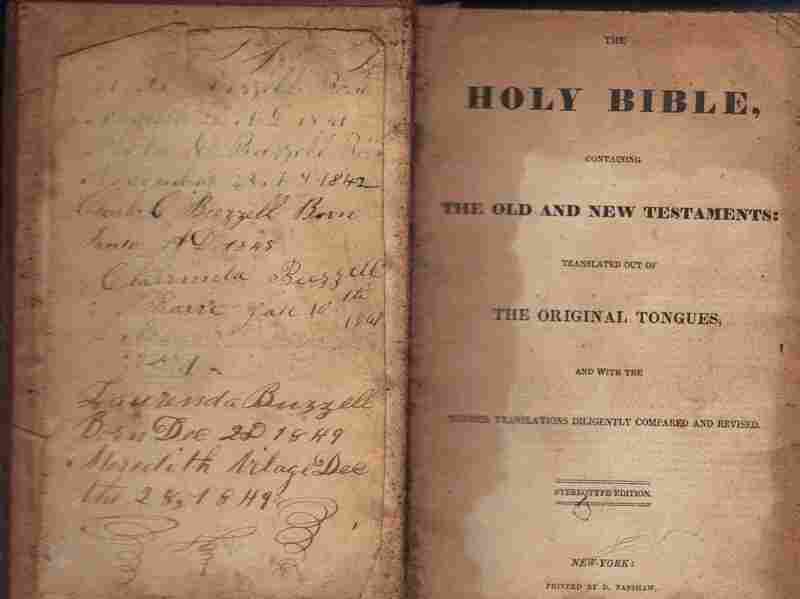 Joy Shivar matches items like this 1830s Bible with the relatives of its original owners. Joy Shivar hide caption 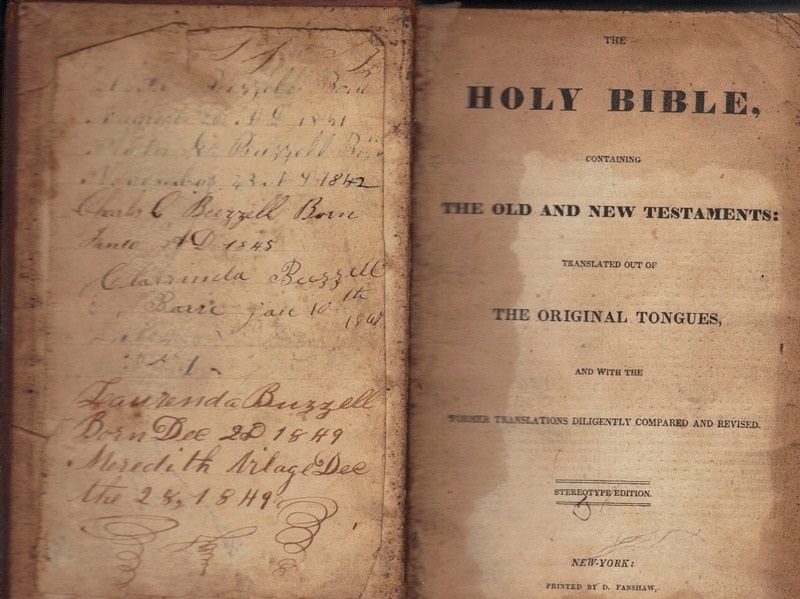 Joy Shivar matches items like this 1830s Bible with the relatives of its original owners.

Joy Shivar says it can be anything — even a 1904 Most Wanted poster describing someone's ancestor as a "crap shooter and a heavy drinker ... and general all-around crook and hobo."

Or maybe it's an old Army picture of your grandfather's platoon, a 150-year-old love letter, or a long-lost family Bible. Shivar says Bibles are among the most sought after items.

"Lots of families know that there was one," she says. "And since it's a Bible, they know it probably wasn't destroyed, so they feel like it's out there somewhere."

"Now I have this Bible, and I love it," says Lila Davis of Virginia Beach, Va., who located a family Bible in Macon, Ga., where her mother's family is from. Someone had found the book while cleaning a church.

Davis got an email from JustAJoy alerting her that an object matched her family's surname.

"I looked at the information, and I thought, 'Hey, that sounds like somebody in my ancestry,'" says Davis. "And it was my third great-grandfather. The Bible dates to 1810, and listed a lot of family names, and birth dates, and death dates."

That's the type of story Shivar likes to hear — when orphaned heirlooms are returned. She grew up collecting. Her mother ran an antiques store, and Shivar briefly owned one. But she took her passion in a different direction about a decade ago. First, she developed a database. That only took six years.

"Obviously, it being a membership site, they're not going to join unless they realize there were actually items available," Shivar says. "So, we had to have a very large database before we even introduced it."

The site went live two years ago. JustAJoy boasts items connected to 50,000 surnames. But, with just about 1,000 memberships at $20 each, it remains mostly a labor of love, although she also sells items on the site.

Still, the president of the National Genealogical Society, Jordan Jones, is impressed. Jones says he sees a lot of startup genealogy businesses related to tracing ancestry but doesn't know of any like JustAJoy.

"What interests me about it is, it's kind of on the edge of what people think about genealogy, " says Jones, in that it "includes family history and the stories in these artifacts that a family had."

He sees it as a niche competitor to eBay, like the arts and crafts site Etsy.

But Shivar dreams of having a site that's as big as Ancestry.com. Until then, it's life on the road, selling memberships from one antiques road show to the next.