Accessibility links
Word On The Street Is Oscars 'Whisper Campaigns' Have Begun Leading Oscar contenders are under fire as award season approaches. Journalist Scott Feinberg recently wrote in The Hollywood Reporter about the trash-talking that spreads before the Oscars to take down perceived front-runners. He talks to NPR's Arun Rath about a campaign against Captain Phillips and why such efforts often backfire. 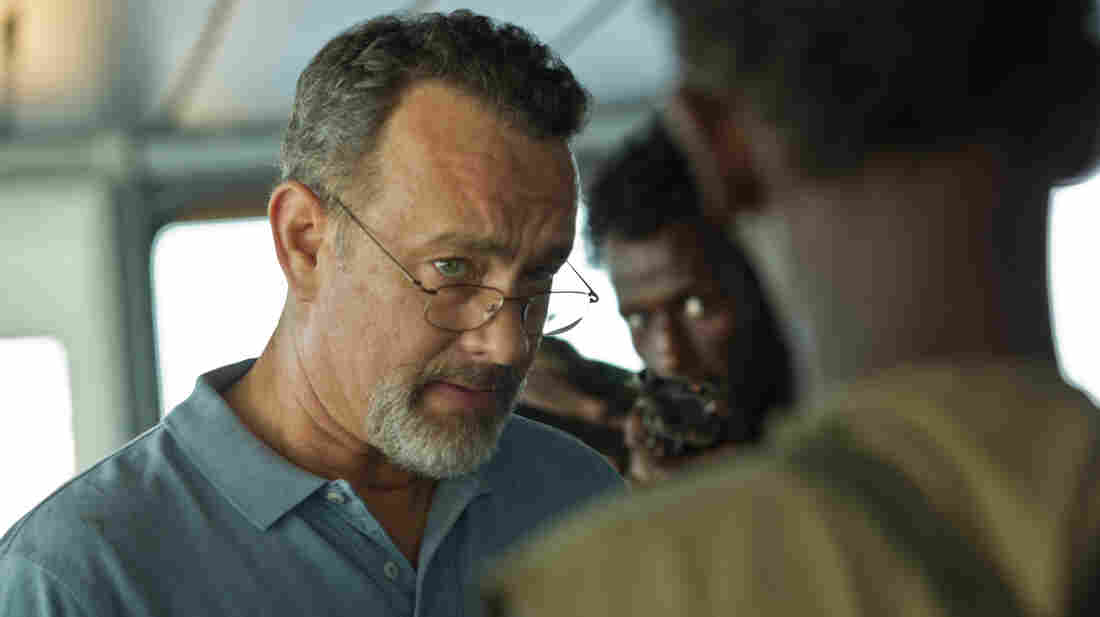 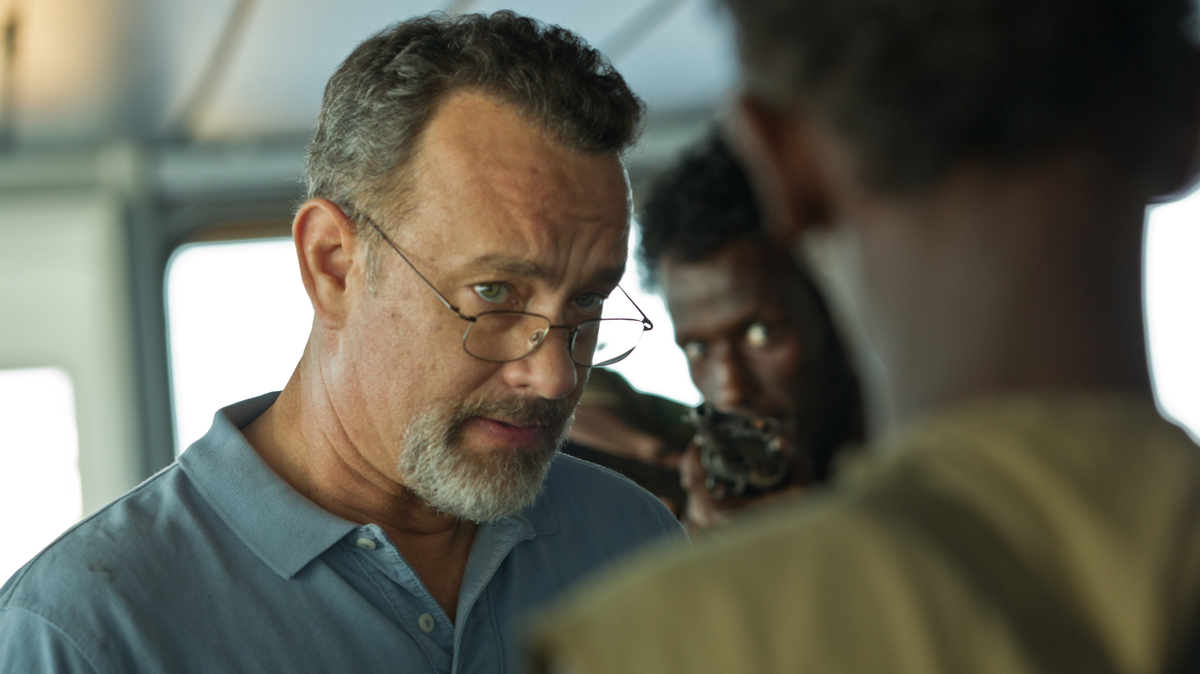 Tom Hanks stars in Captain Phillips, a film that's recently been subject to a "whisper campaign" of pre-Oscars criticism.

The Academy Awards are still months away, but some Hollywood insiders are already on the attack.

Studios have huge publicity machines that lobby for their movies to win, but there's also a shadowy strategy that's not as visible as the advertising blitz. It's good old-fashioned trash-talking: So-called "whisper campaigns" are a sneaky way to lobby against the competition.

Scott Feinberg, lead awards analyst at The Hollywood Reporter, wrote about these attempts to take down possible Oscar-winners. He talks to NPR's Arun Rath about who talks trash, whether it works and why the studios go to such lengths.

On who starts "whisper campaigns" and why

It's not always clear — you can't always trace them back to their source because part of the art of the whisper campaign is that it's hard to trace. They originate, generally, from people who want to see other movies do less well than they otherwise would for one reason or another.

On examples of these kinds of rumors

One that I would highlight this year has to do with Captain Phillips, a movie about the captain of the U.S. cargo ship that was hijacked in the Somali straits a few years ago, and played by Tom Hanks in the movie, he's portrayed as really kind of a selfless hero.

However, a New York newspaper recently passed along comments from crew members on that ship without citing specific names saying that this movie misrepresents what really happened, that in fact Captain Phillips was not so selfless and heroic but put the ship in danger that led to the hijacking and has since sort of glorified his role in what happened when it was hijacked. ...

The one that happened with Gravity is not as malicious at all. I think what happened was Neil deGrasse Tyson, a very respected scientist, saw the movie and felt compelled to send out 20 tweets in the middle of the night, the same night he saw it, that were basically pointing out scientific things that he took issue with in the movie. ... It kind of went viral, as things do with the Internet.

A few days later, he himself went back to Twitter and also posted something on Facebook saying, look, guys, I never expected this kind of attention. I overall liked the movie, and I could have and should have pointed out the hundreds of things that were accurately portrayed scientifically.

On whether "whisper campaigns" actually work

When you look at almost every time it's happened, it's been to the movie that was clearly looking like it was going to win the Best Picture Oscar, and it still ends up winning.

So with The Hurt Locker, supposedly it was an inaccurate depiction of what it's like to be an explosives guy in the military, like the characters in the movie. With Slumdog Millionaire, supposedly the filmmakers, who did quite well with the movie, did not properly compensate the young Indian actors. In each of those cases, the movie still ended up winning the Best Picture artist.

So I don't know that it will have a marked impact. It's definitely noticed.

Being able to put "Oscar nominee" or "Oscar winner" on your newspaper ad will drive more people to the theater to see it if it's still in theaters, or if it's not, it will lead to greater sales of DVDs or Blu-rays or streaming purchases. Whether it's worth the amount of money that is spent is very much up for debate because some years it just gets out of control. People become — as they get closer to the finish line and they can sort of taste it — they pour more and more money into this.

And, you know, sometimes I think it is a matter of ego for a studio chief; there's something cool about being the best, or being called the best in front of your peers, and the others sort of have to sit while you get your glory.