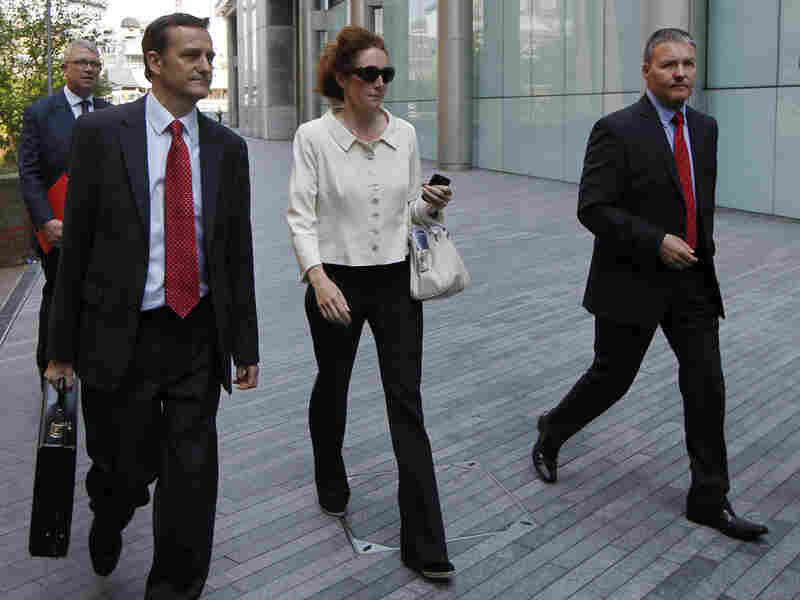 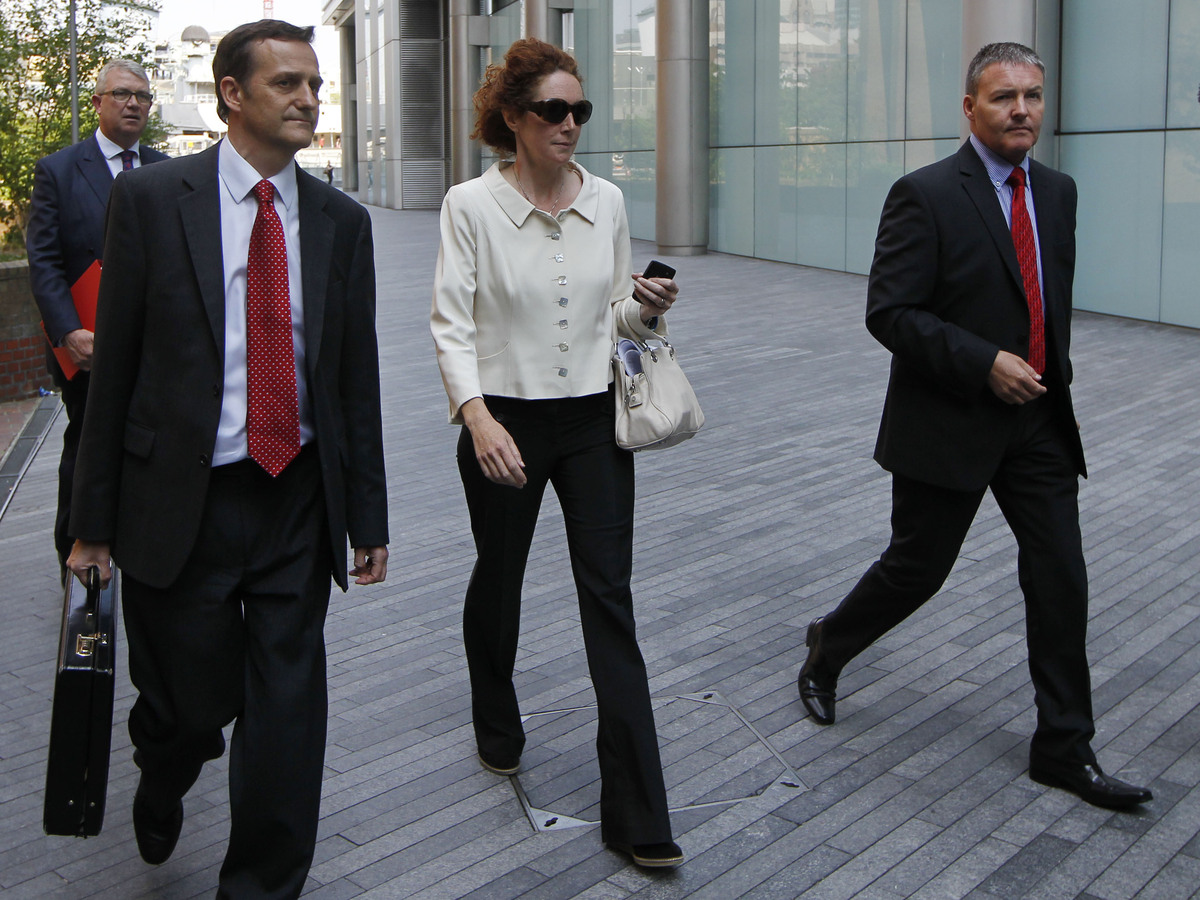 Journalists who were once among the most powerful in the United Kingdom go on trial in London on Monday. The trial is the result of a 2011 hacking scandal that electrified the media on both sides of the Atlantic and sank Rupert Murdoch's News of the World.

The trial is expected to reveal details of the uncomfortably cozy relationship between the media and political elites, says former Murdoch executive Ken Chandler.

Chandler, who started out as a copy boy on The Sun newspaper in London and rose to be editor and publisher of the New York Post, says those who represented Rupert Murdoch crossed a line. 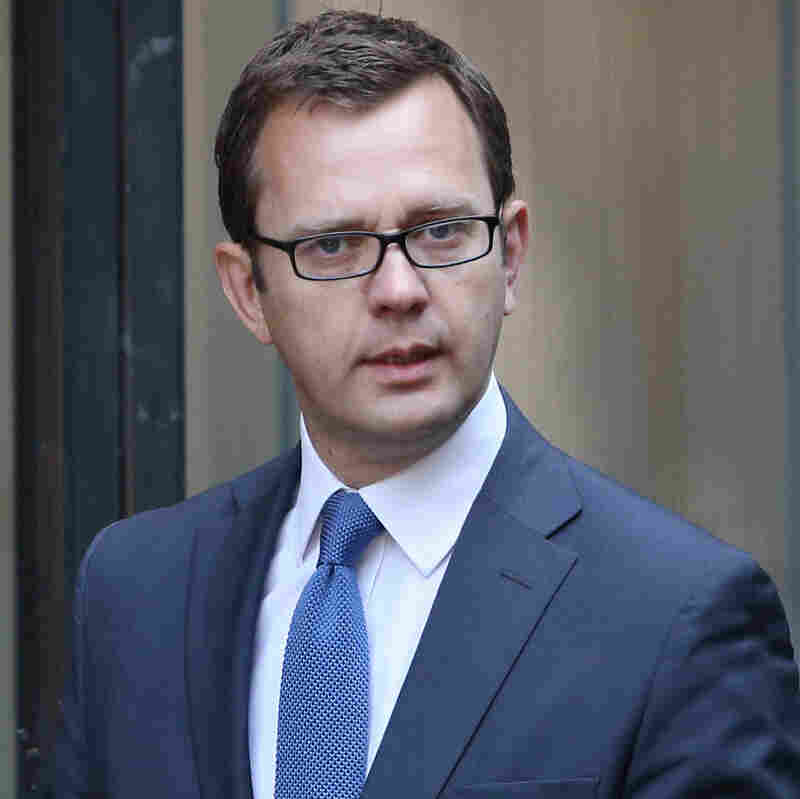 Former government director of communications Andrew Coulson is going on trial this week on charges related to his time as editor at News of the World. Peter Macdiarmid/Getty Images hide caption 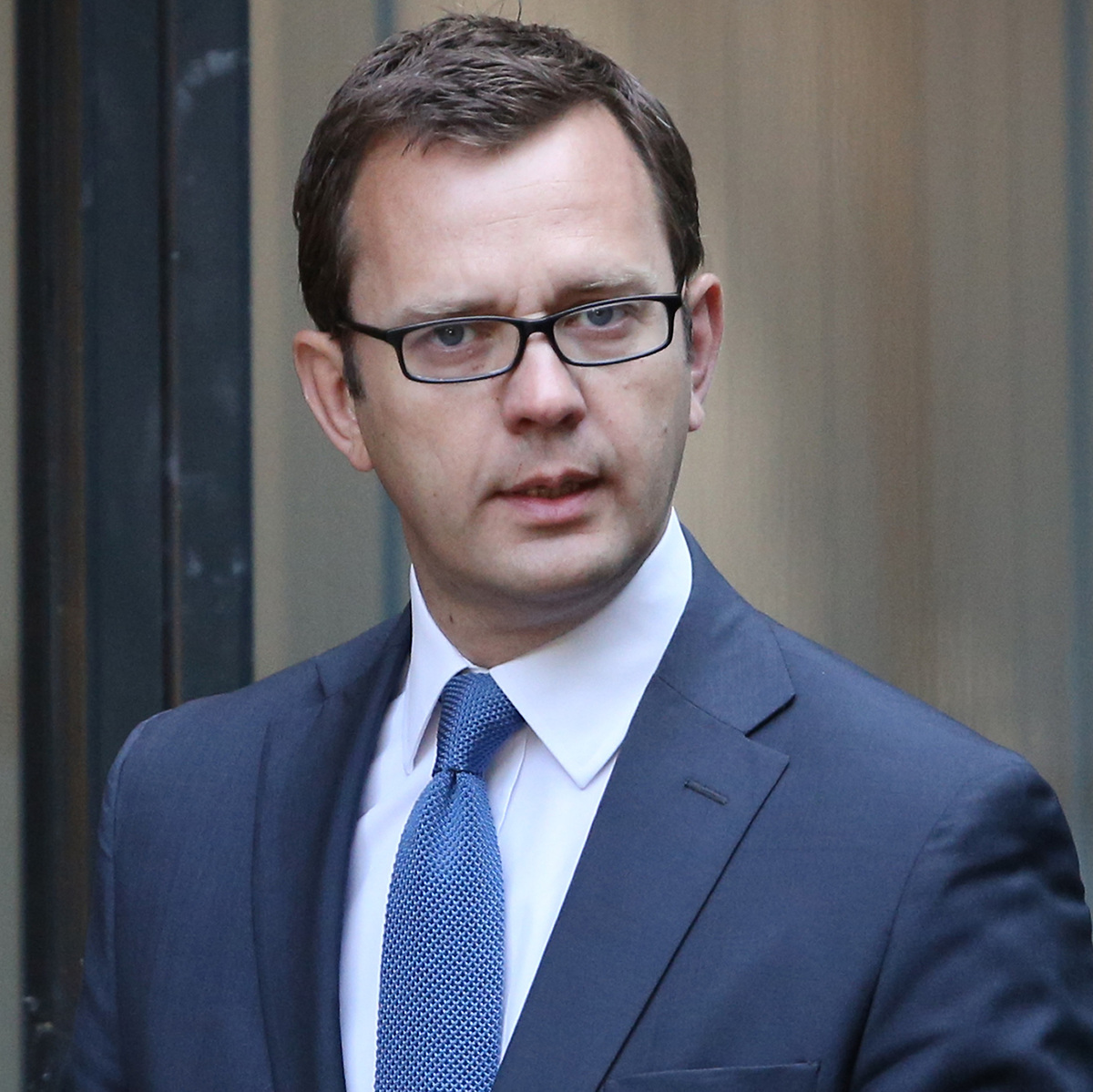 Former government director of communications Andrew Coulson is going on trial this week on charges related to his time as editor at News of the World.

"You can call me old-fashioned if you like, but I believe that the role of the newspaper is to be a watchdog and to be critical of what the government and politicians are doing," Chandler says. "It's very hard to perform that role if you're socializing the way that they were with the prime minister and other politicians."

The trial itself focuses on charges against prominent former Murdoch journalists, including Rebekah Brooks, the former CEO of his British newspaper arm, and former News of the World editor Andrew Coulson, who went on to be Prime Minister David Cameron's chief PR official.

Last year, Brooks was asked under oath during a judicial inquiry about her frequent text messaging with Cameron.

"Occasionally he would sign them off 'LOL' — lots of love — actually, until I told them it meant 'laugh out loud,' and then he didn't sign them off like that anymore," she said.

Cameron was but one of several prime ministers from both major British parties who curried favor with the Murdoch press over the years. Those politicians shielded the newspapers from tough scrutiny.

But that all changed in July, 2011, when The Guardian revealed that Murdoch's News of the World had hacked into the cell phone messages of a girl who had been abducted and killed. That led to a public outcry and inspired a police investigation that quickly grew in scope, says George Brock, a former top news executive at Murdoch's The Times of London.

"Don't forget also that phone hacking is now the least of these charges," Brock says. "People are facing charges now of bribing public servants, hacking into other people's computers, and in one case conspiring to conceal evidence from the police."

The conduct of police is also under scrutiny. At a hearing a decade ago, Labour MP Chris Bryant cut to the heart of suspicions while questioning Brooks, then editor-in-chief of The Sun. Bryant asked Brooks whether police were ever paid for information.

"We have paid for the police for information in the past," Brooks answered.

"And will you do it in the future?" Bryant asked.

Andrew Coulson, editor of News of the World, jumped in.

"We operate within the code and within the law," he said. "And if there's a clear public interest, then the same holds for private detectives, for subterfuge, for video bags, whatever you want to talk about."

"It's illegal for police officers to receive payments," Bryant responded.

Bryant was right, it's not legal. Two top officials at Scotland Yard also had to resign after it was disclosed they had frequently received gifts and meals from British News Corp executives.

Prosecutors will seek to prove that Coulson and Brooks were involved in a conspiracy to intercept cell phones, and to prove their involvement in making illegal payments to public officials. All the defendants facing trial this month deny the charges.

Murdoch and News Corp are not commenting, but many British journalists say the police are unfairly compensating for their own failures.

"Because they were so obviously inept and superficial in that first investigation, they have now swung right away to the other side for overkill," Brock says. But, he adds, "the fact is, once you're in that position, the police can't ignore a criminal offense."

As Chandler notes, regardless of the outcome of the trial, British papers are in trouble. Their revenues from circulation and advertising are in decline.

The cost of the legal defense and payments to victims has amounted to hundreds of millions of dollars for News Corp. The cost is likely to grow, and it occurs at a time when British lawmakers, who once praised Murdoch's editors, are now seeking to regulate the press more tightly.