Accessibility links
'Just For Fun,' Lively Song And Dance In Kiev Metro Station In a charming tradition, hundreds gather regularly to sing folk songs in an underground station in the Ukrainian capital. It's an older crowd — some shuffle, some move at a stately pace, and some are as lively as the day they learned those steps. 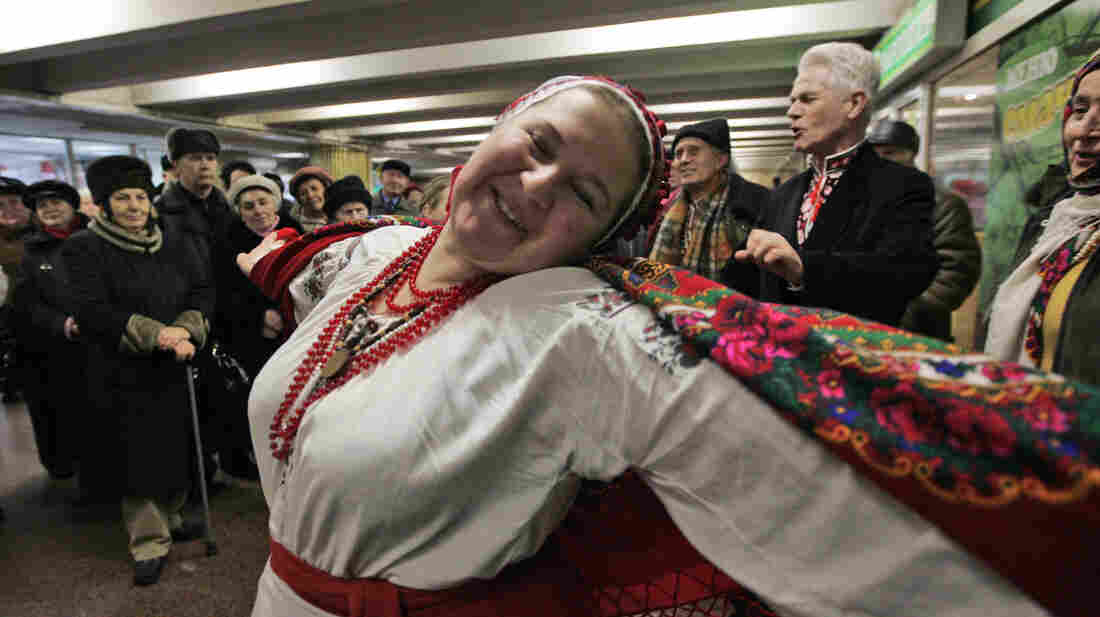 Ukrainians sing and dance in a subway in downtown Kiev in 2009. It has been a tradition for 20 years. Efrem Lukatsky/AP hide caption 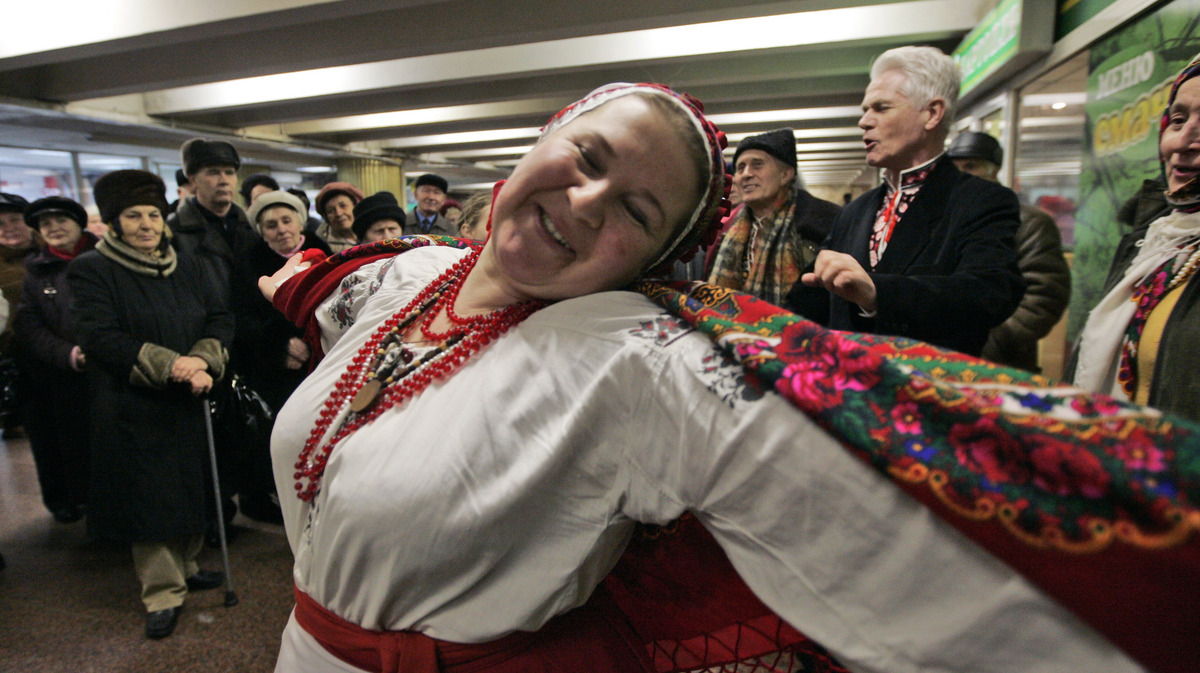 Ukrainians sing and dance in a subway in downtown Kiev in 2009. It has been a tradition for 20 years.

The best thing about traveling is that some experiences just crop up spontaneously.

Take a recent Saturday evening in Kiev, the capital of Ukraine.

It's chilly, and people hurry past on their way to clubs and restaurants, their coat collars turned up against the wind.

Young women clatter up the steps from the Teatralna metro station, oblivious to the sound that wafts up behind them — the sound of people singing.

The steps down to the metro station, one level from the street, lead into a big open space. It's about as appealing as a parking garage, low-ceilinged and lit with fluorescent lights.

There's a fast-food potato stand in the middle of the space, and near it, some two-dozen people sing folksongs that reverberate off the concrete around them.

There's probably not a face in this crowd under 60 — women and men in padded overcoats, swaying in time with songs that were old when they were young.

You don't need to understand Ukrainian to recognize love songs, or sentimental songs about life in the past.

On the other side of the potato stand, the songs blend into a completely different musical experience.

Here, about a hundred couples are dancing to an accordion and a drum. They form a big circle, following intricate folk steps.

Again, almost all the dancers are pensioners. Some shuffle, some move at a stately pace, and some are as lively as the day they learned those steps. 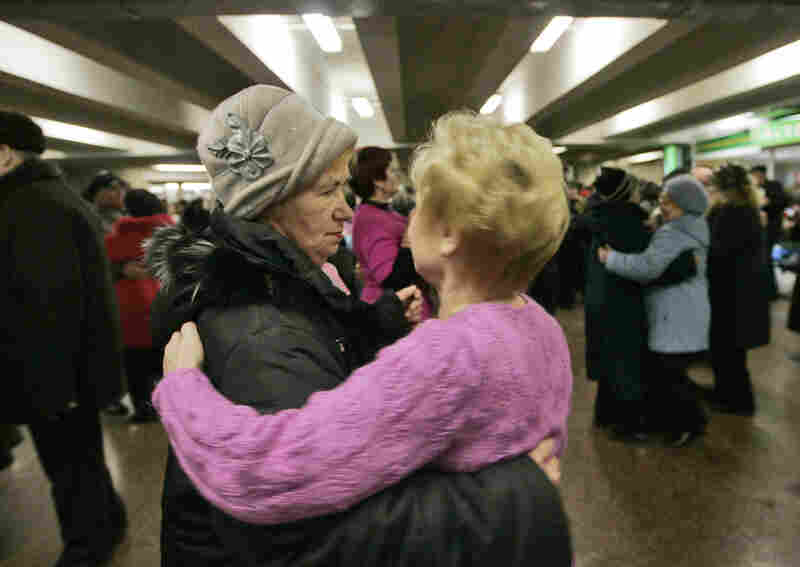 In this demographic, women outnumber men, so many women pair up for the dances. Efrem Lukatsky/AP hide caption

Yaroslav, a businessman in his 30s, stops for a moment with his date to watch. "For many years," he says, "people, mostly old-age people, come here and dance, just for fun, to spend some time together."

He points out that there are people who will gladly pull you into the circle if you want to learn to dance. At pension age, there are more ladies than men, and many women dance together.

This gathering has been a weekend tradition for more than 20 years, but it runs on a shoe string.

Critics complain about the city allowing the dances in the metro stations because they don't have to provide any funding.

In fact, there are no amenities here — no restrooms, no chairs for tired dancers, not even a place to hang coats and hats.

Some people park their overcoats and scarves in shopping bags lined up again the wall. Others dance in coats and hats, and it gives the scene a surreal feeling, as if these people were caught up in the dance on their way to somewhere else.

The musicians collect their tips in a paper bag at their feet, but no one watches to see who can donate and who can't.

Around the corner, there's no charge to stand and sing.

So, if you're ever in Kiev on a Saturday evening and you're looking for a good time, stop by the Teatralna metro station, on the red line.