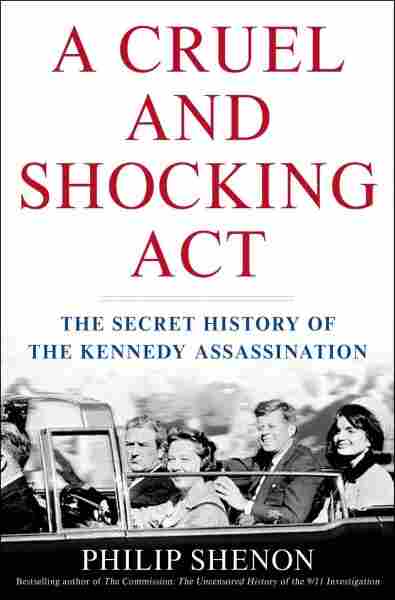 A Cruel and Shocking Act

The Secret History of the Kennedy Assassination

It's been 50 years since President John F. Kennedy was assassinated in Dallas on Nov. 22, 1963, and polls show that a majority of Americans still believe Kennedy was the victim of a conspiracy, not a lone assassin. Though an official investigation concluded that Kennedy was killed by Lee Harvey Oswald acting alone, conspiracy theories about the assassination were spawned almost immediately, and they keep coming to this day: Republican consultant Roger Stone has a new book — The Man Who Killed Kennedy: The Case Against LBJ — arguing Lyndon Johnson was behind the crime.

Veteran investigative reporter Philip Shenon looks for the root of five decades of speculation in A Cruel and Shocking Act. The new book recounts the work of the Warren Commission appointed by President Johnson to investigate the assassination.

Shenon tells Fresh Air's Dave Davies that throughout the investigation, Chief Justice Warren — who was close to the Kennedy family — "makes decisions that seem to be designed to protect President Kennedy's legacy, to protect the privacy of the Kennedy family, even if that means that not all the facts are gathered about the assassination."

Shenon pored over the files of the commission, spoke to many of its surviving staff attorneys, and did original research and interviews about some aspects of the case. While he's not convinced of a conspiracy to murder the president, he concludes that senior officials of the U.S. government, especially at the CIA, destroyed evidence and lied about the assassination and the events that led up to it.

Initially the decision by President Johnson ... was to leave this to the city and the country and state officials in Texas to deal with. He didn't want, as he put it, "carpetbaggers" going into his home state of Texas to run this investigation, but very clearly in the days that followed there were so many wild theories offered about who was really responsible for the assassination that Johnson decided that he had to have some kind of federal investigation. Among those rumors were rumors that Johnson himself was somehow linked to the assassination, and very quickly, President Johnson settles on Chief Justice Earl Warren, who he sees as this ultimate symbol of integrity to run the investigation.

Very early on, I mean, within 48 hours of the assassination, FBI Director Jay Edgar Hoover determines, in his own mind, that Oswald acted alone, there was no conspiracy, there's not much to investigate here. And the FBI within two weeks produces this 400-page report which is supposedly a thorough review of all that is known about the assassination and about Oswald. The commission looks over the report and sees how inadequate it is and how, in many ways, incompetent the FBI investigation is and then moves on with a much more thorough investigation of its own. 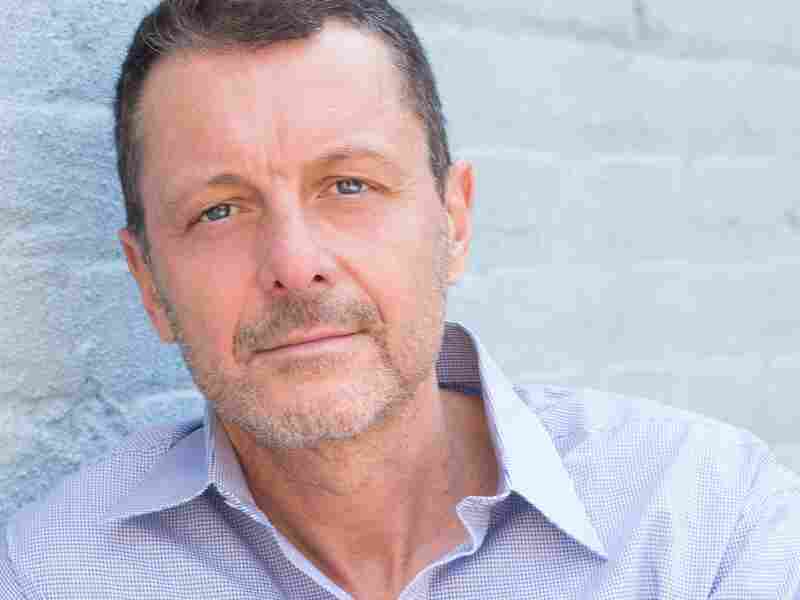 Philip Shenon, author of The Commission: The Uncensored History of the 9/11 Investigation, was a New York Times investigative reporter for more than 25 years. Denis Largeron/Courtesy of Henry Holt and Co. hide caption

On how Warren wouldn't allow anyone to see the autopsy photos

Warren actually looks [the autopsy photos of the president] over, and after he looks them over and sees how horrifying they are, he makes the decision that nobody else will be allowed to see them. That includes the other commissioners and all of the members of the commission staff, and this creates a huge division on the commission. The young staffers, and again, [Sen.] Arlen Specter in particular, protest repeatedly saying that they have to have the autopsy photos because they are the essential medical evidence that will allow them to determine how the president died and who might've killed him. And to the very last stages of the investigation the staff fights for those photos and ultimately they are refused. And those photos would remain under seal in the custody of Robert Kennedy for years thereafter.

On the botched autopsy of the president

The night after the assassination the Navy pathologist who oversaw President Kennedy's autopsy took the original autopsy report and all of his notes from the autopsy room and pushed them into his fireplace in his home in Bethesda, Md. He did this, he claimed, because they were stained with the president's blood and he didn't want them ever to be seen, but when it was discovered on the commission staff what the pathologist had done, there was huge alarm because they thought this was going to inspire conspiracy theories for years to come. The autopsy in many ways was rushed and it was bungled. We are still dealing with the aftermath of that because so many of the mistakes made in the autopsy room that night have led to so many of the conspiracy theories about what happened to the president's body. ...

Entering The Secret World Of Wikileaks

The two pathologists from the Navy who were assigned to oversee the autopsy had no real experience; they weren't forensic pathologists; they had no experience with medical legal autopsies in which a crime was involved.

On what the FBI knew about Oswald's threat to the president

It turned out that Lee Harvey Oswald had been under surveillance by the FBI for months before the assassination, and the question becomes: Didn't the FBI have information to suggest what a threat Lee Harvey Oswald might be? And didn't it have an obligation to warn the Secret Service in advance of President Kennedy's arrival in Dallas? ... The decision seems to have been made by Hoover very early on to portray Oswald, whatever the evidence, as a lone wolf whose plot to kill the president could never had been detected by the FBI in advance — there was no conspiracy that the FBI could've stopped and saved the president. ... The extent of the knowledge that the FBI had of Oswald before the assassination seems to be something that the FBI wanted to hide from the Warren commission.

On Saturday night [Kennedy's] autopsy report is pushed into the fireplace by the Navy pathologist. Several hours after that, FBI agents in Dallas shred a handwritten note that Oswald had left for them a few weeks before and flush it down the toilet. Then several hours after that, Marina Oswald, Oswald's widow, puts a match to photographs that show her husband holding the assassination rifle.

On the destruction of evidence

The destruction of evidence begins within hours of the president's death. President Kennedy is assassinated on a Friday. On Saturday night his autopsy report is pushed into the fireplace by the Navy pathologist. Several hours after that, FBI agents in Dallas shred a handwritten note that Oswald had left for them a few weeks before and flush it down the toilet. Then several hours after that, Marina Oswald, Oswald's widow, puts a match to photographs that show her husband holding the assassination rifle. And that's just the first weekend of evidence destruction; it goes on, and on, and on in the weeks that follow.

On Oswald's trip to Mexico City weeks before the assassination

Both the FBI and the CIA seemed determined not to get to the bottom of what Oswald did [in Mexico]. Oswald is there for nearly six days. He apparently has encounters with Cuban spies and Cuban diplomats and Soviet spies and Mexicans who are sympathetic to Castro's revolution who had real reason to hope that President Kennedy's administration would be ended. And the FBI and the CIA seemed determined not to find those people that Oswald was dealing with, and the question becomes: Was Oswald, in this time period, just several weeks before the assassination, told by anybody, or encouraged by anybody to do what he would do in Dallas? ...

New Angles, But Little New Light, On A Familiar Tragedy

There seems to have been a lot more evidence in Mexico City about these contacts that Oswald may have had with people who might have wished to see President Kennedy dead. And these are people that the FBI presumably could've found 49 years ago but chose not to — and why they chose not to is puzzling, but I suspect that both the FBI and the CIA were determined to hide just how much they had known about Oswald in the weeks before the assassination. I think there's reason to believe [this was] a situation where dots weren't connected, that if anybody had really analyzed what was in the files of the FBI and CIA before the assassination — especially this Mexico City business — they would've seen what a threat Oswald was.

Ruby's actions have inspired many, many of the conspiracy theories that we now deal with. The fact that the president's assassin was himself assassinated two days after President Kennedy's murder is what puts us in the position we are in now, which is so many unanswered questions because we never had a trial of Oswald that might've resolved them.

Read an excerpt of A Cruel and Shocking Act